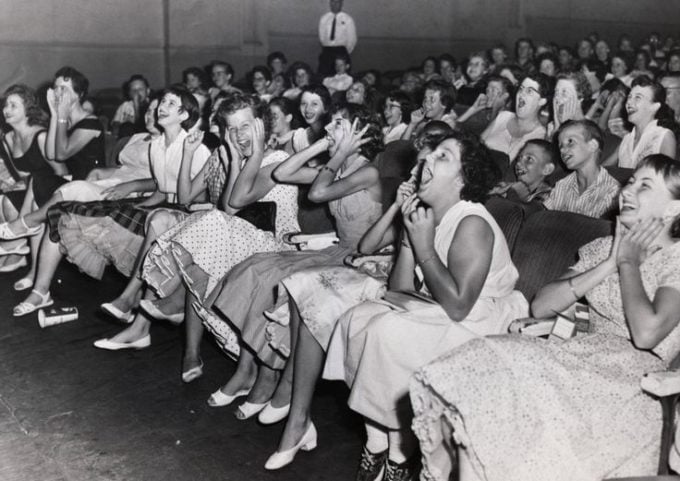 Um, I’m kind of going crazy over this handsome fellow…

Mr. Tommy Shelby. Have you seen Peaky Blinders? The gangster drama features an Irish family in post-war Birmingham, England. And their leader — Tommy Shelby — nails that smoldering bad-boy vibe. That’s not usually my type (I like friendly baby faces), but somehow it works. 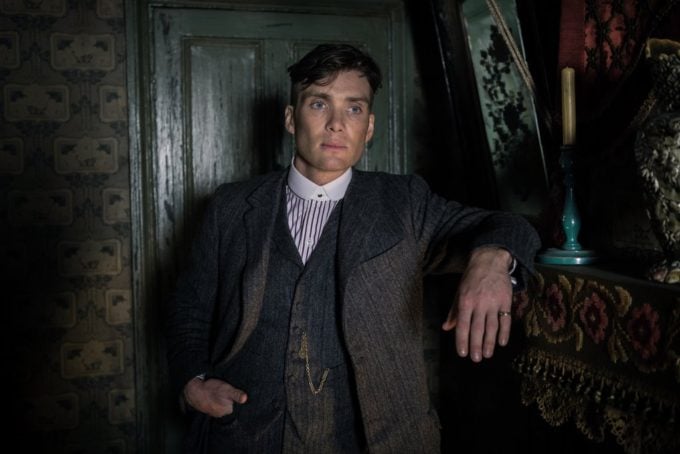 Looking at photos of him is like looking at the sun. 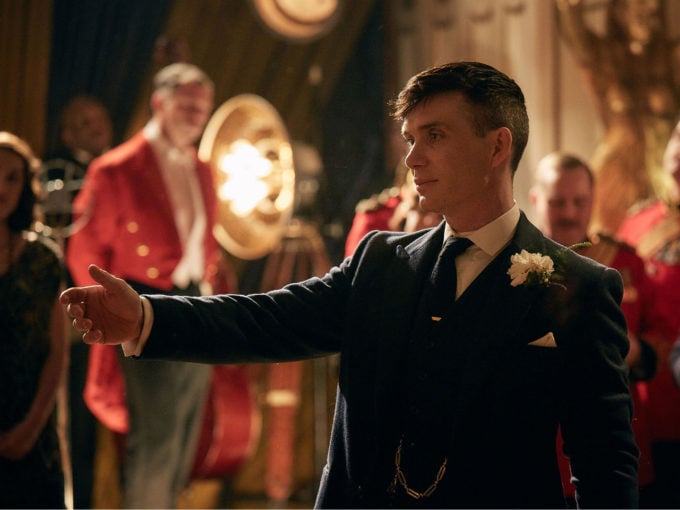 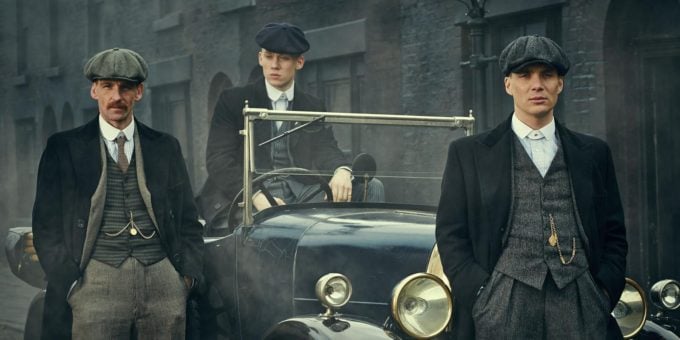 Interestingly, the slim 5’9″ actor Cillian Murphy proved to producers that he could play a gangster “by lowering the pitch of his voice, by straightening out of a lifelong slouch,” writes The Guardian. “‘I’m trying to play a mentality,’ Murphy explains. A mentality, he adds, that isn’t so easily switched off once filming comes to an end. For three series running, he says, there has been a funny period of decompression once he gets home. The hair has to grow out, his jaw and shoulders unclench – the internal aggression, carefully tended for weeks, allowed to dissipate. ‘It takes time. My wife can see it happening. “OK. Tommy’s gradually leaving. I’m getting Cillian back.”‘ ”

Who’s your celebrity crush these days? Spill the beans below…

P.S. My sister’s awesome dating tip, and the best TV shows these days.

Tags: celebrity crushes, tv
742 COMMENTS
WRITE A COMMENT
Relationships
most popular
01
Seeing My Body With Fresh Eyes
02
11 Wedding Dos and Don’ts
03
How to Write a Condolence Note
04
On Sexual Harassment
05
How to Be a Better Listener
Subscribe
Login
742 Comments
Inline Feedbacks
View all comments
Noelle

THOMAS SHELBY ( or Cillian Murphy in any role)

My celebrity crush has always and will be forever Chris Evans!

i clicked through a couple of links from today’s post and found my way to this…OMG I think my husband was jealous of my crush on Thomas Shelby (er Cillian Murphy)! Binge watched 4 seasons a couple of months ago and he would not come in the room when it was on. Glad I am not alone in this celebrity crush :)

Liev Schreiber. Looking at him & listening to his voice makes my knees buckle. THAT is a man.

I know I’m soooo late to this comment but have lived Cillian Murphy since Dark Knight. And I’ve just started watching Peaky Blinders. OMG!! Lurve him. Heart is breaking now for him after Grace’s death. Why?!! Why must they kill her off? Thomas Shelby deserve to be happy!!! Ok I know I’m sounding so cuckoo now!

Tomas Ledin, Swedish rock musician. Have loved him since 1980.

That guy was terrible in the dark knight.
mine was Emma watson. still is ;)

Just watched the film King Arthur – Charlie Hunnam I am in love with you!

Colin Jost! He is the cutest. His smile kills me on SNL’s Weekend Update.

I am loving Tom Hardy, Gong Yoo, and Chris Pine will always be a favorite!

Henry Cavill. It is such a hard celebrity crush that I would leave my family on Christmas morning for him. Ugh. I am so bad. Currently crushing on Eddie Vedder, just saw Pearl Jam inducted in the Rock & Roll Hall of Fame and almost lost my sh*t checking him out. Hubby was next to me on the sofa too. I was hot & bothered. I wish we could indulge for a day.

Chris Pine. He just seems like someone you could love. And Alicia Keyes. She has such great facial expressions on a The Voice. She just seems to have a great heart and personality.

I already answered this but forgot about Chris Pratt! Someone at a restaurant told me my baby looks like him and that made me like him even more haha.

Oh gosh, and Oscar Issac from Ex Machina…and Mahesh Jadu as Ahmad in Marco Polo…sigh, swoon, my heart be still.

I feel like I’m venturing down a different path than everyone else here, but I have different spectrum’s of my celebrity crush. First, the manly man, aka Joe Manganiello and Dwayne Johnson. If you aren’t following Dwayne Johnson on Insta, you really should he makes you laugh at his antics and cry with how big of a heart he has.
Also, have a renewed interest in Milo Ventimiglia after watching This is Us and Ed Westwick after re-watching Gossip Girl, gotta love the anti-hero he played.

Oh yes, I have a loooong running Cillian fixation. I drunkenly ordered a Teach Yourself Gaelic book after watching The Wind That Shakes the Barley. I have also maybe mentioned three-piece suits to my husband after watching Peaky Blinders. I got a Look. ;)

omg, I’m just a puddle of melted caramel for Sam Heughan, star of Outlander. It’s absolutely embarrassing. I can barely look at a picture of him. And I’m OLD…almost 50!! I guess I’m not completely shriveled up yet

My sister in law and I are hugely gaga for Cillian, thanks to Peaky Blinders. Even my husband thinks he’s pretty good lookin’. ;)