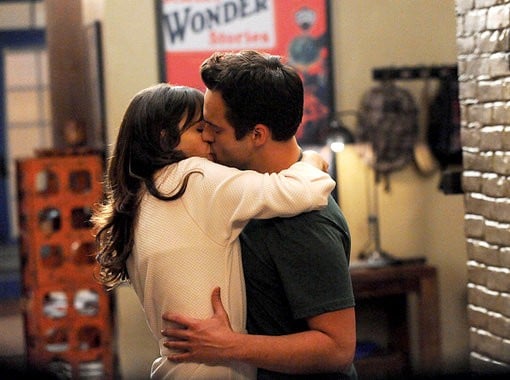 I’m probably too old to write about celebrity crushes, but I’m going for it anyway! My new crush is… 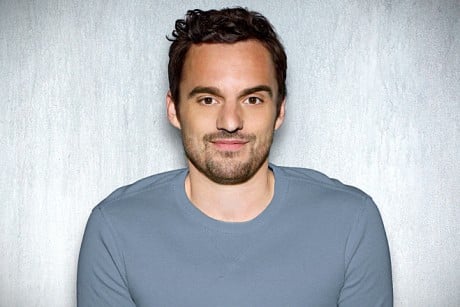 Nick Miller from The New Girl. 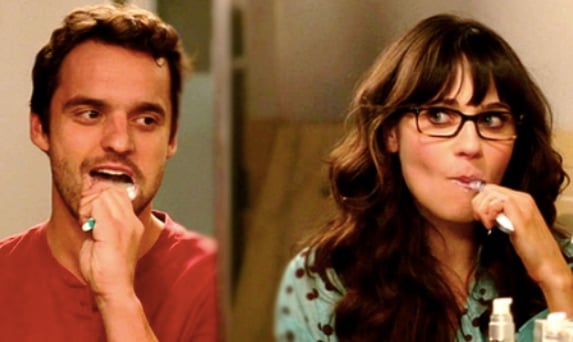 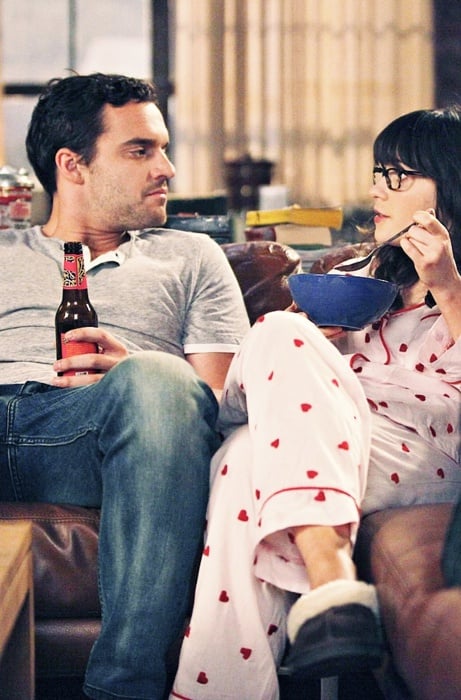 If you haven’t seen the show, Jess and Nick are roommates who drive each other crazy but clearly secretly have feelings for each other. He’s cute, grumpy and hilarious. His scratchy voice kills me. And he’s really good at doing the smoldering eye thing when he gazes at Jess adoringly. But Jess and Nick’s kiss scenes have taken the show to a new level; you can cut their sexual tension with a knife. Honestly, they might have the best on-screen chemistry of any sitcom couple I’ve ever seen—do you agree?

A funny Q&A moment from Salon:
Q: [Nick] is the one who is closest friends with everybody in the house.
A: I think he and Jess are obviously very close and they have that weird thing. I think he and Winston have a very close thing because of their childhood. And him and Schmidt, deep down, have their own little weird will-they-won’t-they. I did an interview the other day for the Advocate, and the guy who was interviewing me goes, “So I have to ask about the will-they-won’t-they.” And I said, “Yeah, I think they did a great job with Nick and Jess.” And he goes, “No, I’m talking about Nick and Schmidt.” [Laughing.] I thought it was so funny. I hate the term, but I think it’s a pretty funny bromance.

Who’s your celebrity crush? Admit it, everyone has one!

P.S. My past celebrity crush (hint: he was a doctor)…

(Photos from Salon and The New Girl)

751 COMMENTS
By Joanna Goddard
Relationships
The Most Romantic Poem
March 28, 2019

166 COMMENTS
By Joanna Goddard
Design
Would You Start a Movie Club?
March 2, 2021

I have had a thing for alternative singer Mark Lanegan for over 25 years. I usually don’t have crushes on the musicians I listen to. Obviously if someone is attractive I notice but it’s not the reason I listen to a band. The first time I heard his voice I nearly melted. Literally sent shivers down my spine. …And good god the older he gets the more delicious he looks to me. One of those musicians I d never really want to meet because I ‘ d light up like Rudolph’s nose on Christmas eve if he even looked in my direction.

I’ve just applied the trick in your “would you date and older?” post to know if I can date a guy I like a lot and the result was not. If I divide his age (36) into two (18) and add seven the maximum is 25!

That scene of their first kiss took my breath away.

I love Nick! He’s seriously my favorite and you described him to the T. Love his scratchy voice and the way he says, “Jess.”

OMG MINE TOO!!!! Which works out great, because my husband is SO Nick Miller. He’s a 28 year old 80 year old man who’s grumpy, hilarious, and does totally weird things that make me laugh all the time. But he dresses better, has his stuff together, and is super buff. Also, I’m super lucky lol!

I’ve never admitted this to anyone but my celebrity crush is MN Vikings QB Christian Ponder. When he’s out on the field in those tight pants throwing around a football, I just melt. He’s got the most gorgeous smile and beautiful brown eyes. He loves to go fishing and has been a guest host on a local TV fishing show and he seems like he would be a fun person to hang out with. Did I mention that he’s hot?! Watch the Vikings game this Thursday night and you’ll see what I mean. I love it when the Vikings score a touchdown and Ponder is running around on the field jumping up and down and he has the biggest smile on his face. OMG! He’s just so yummy!! Sucks that he’s married though.