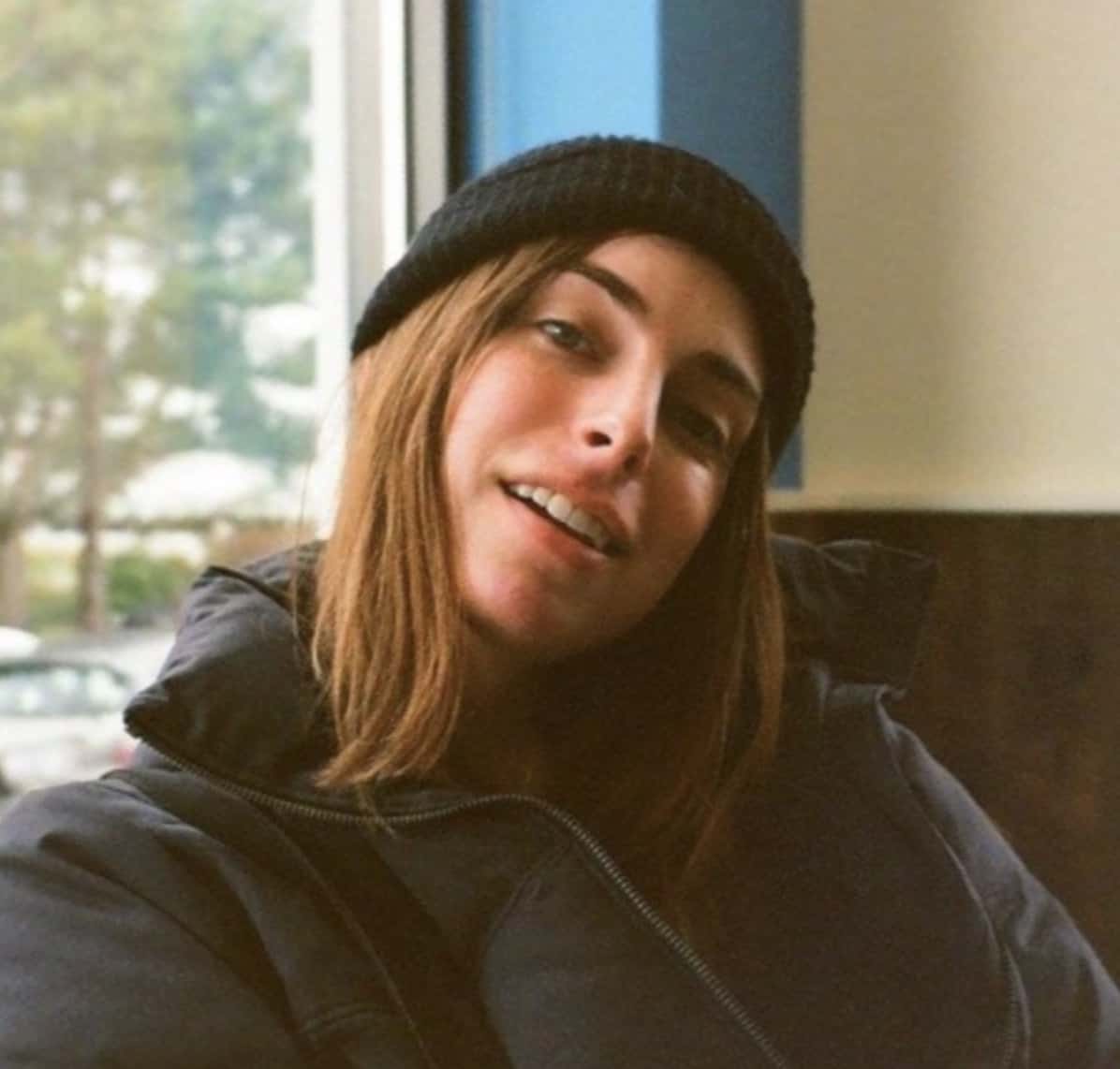 Director of photography Ava Benjamin Shorr has worked on groundbreaking shows and films — including Disclosure, which takes an in-depth look at Hollywood’s depiction of transgender people. Here, she shares the secret to glowing skin and what she learned about her own gender expression… 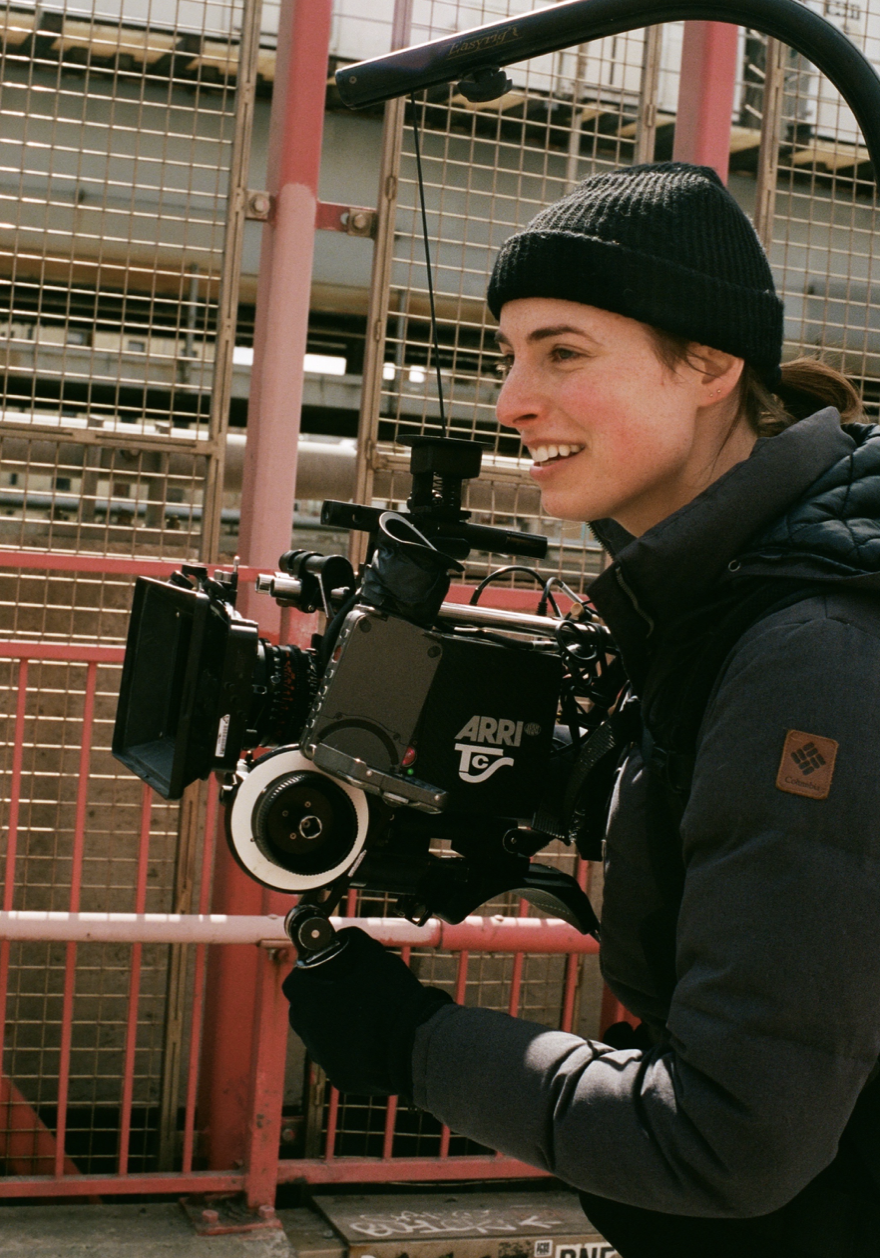 The documentary Disclosure is remarkable. I’ve watched it many times. How did it feel to work on this project?
During the interviews, my jaw would just drop open, because of the beautiful stories transgender people were telling. As a trans person, I’ve found it difficult to find my history because it’s not really in the media, and it’s not taught in schools. It’s mostly just passed down from person to person. For Disclosure, we interviewed trans creatives and thinkers about Hollywood’s depiction of transgender people and how that impacted the community. We shot all the interviews in little batches and it was incredible — I got to meet my heroes. 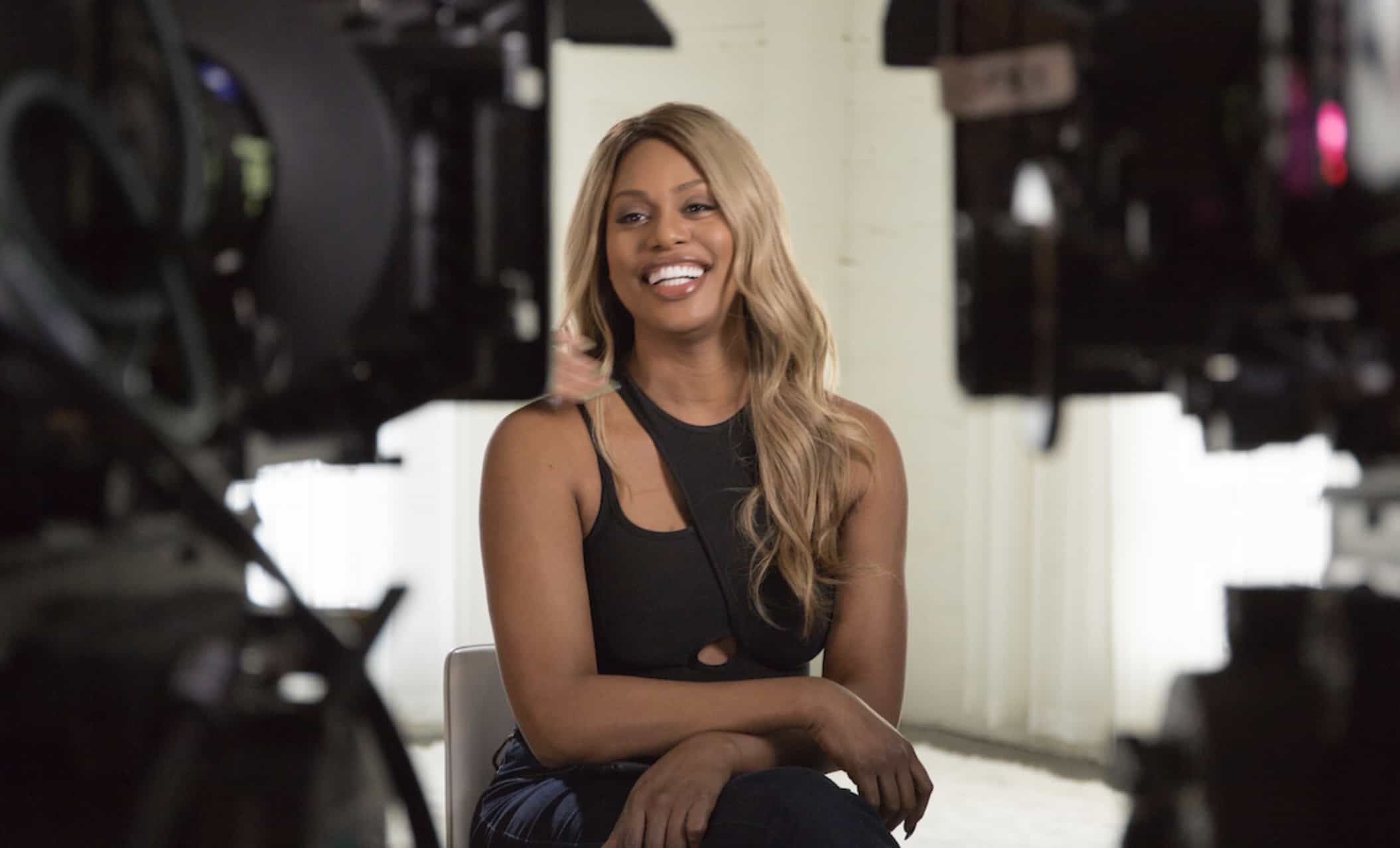 What was it like for you to tell the stories of trans people?
It was an emotional project. Often as a DP, you’re asked to look into psychological aspects of characters — that’s where lighting and framing choices come from. But, in this project, all the emotion was right there in front of us. It was a pretty intense journey to learn about how some of my own transphobia was established, and also how the media and Hollywood created generations of transphobic people in Western society. I would get flashbacks to my childhood shame. 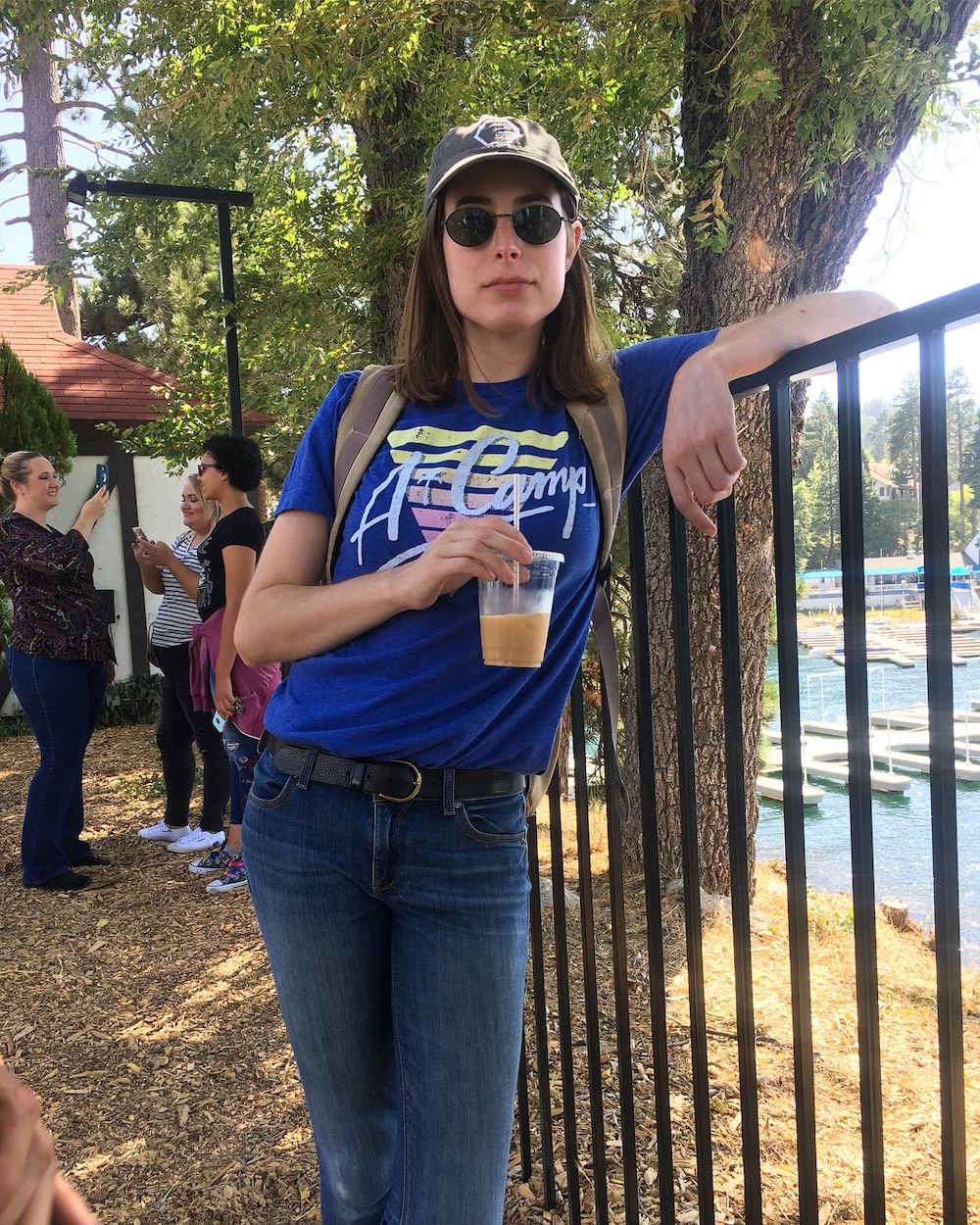 What did your own journey look like?
I had my first feeling that something was different around age seven or eight. It felt like I was waking up from a haze and gaining consciousness. Around 11 or 12, I started crossdressing a lot and did it privately for probably about 10 years. I was never caught by anyone in my family, but the closest I came was when I was babysitting my brother and my parents came home and my mom was like, ‘Are you wearing mascara?’ And I was like, ‘No…’ I thought I had washed all of it off. After that, I was really careful not to get caught. 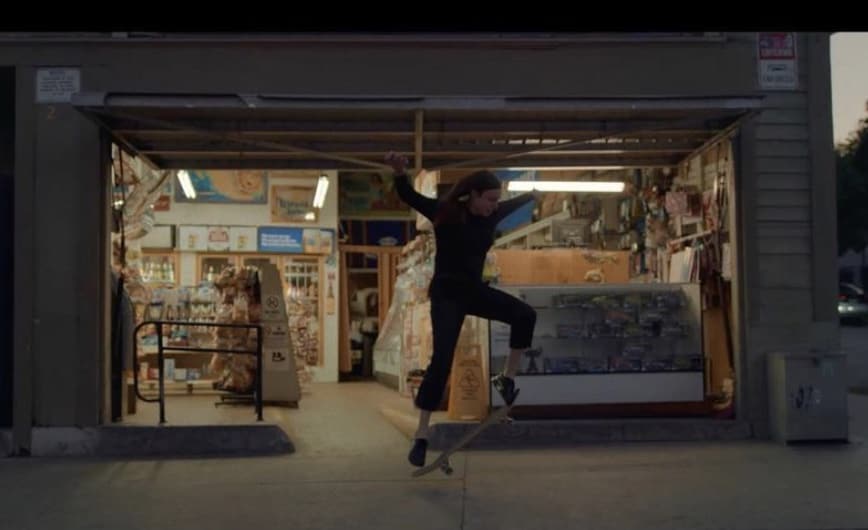 How did you learn more about your identity?
Because of the internet, around age 14, I started to realize there were trans people out there, but I didn’t consider myself one of them. In the early 2000s, a lot of stuff online was hyper-feminized with gifs of pink butterflies. I was like, ‘If this is trans, this isn’t me.’ Instead, I was like, ‘Oh, look at that cool punk girl over there.’ I liked alternative cultures and basketball and skateboarding. Transness and those things never coalesced into a single human that I could see. But in my late teens, I saw more trans women who were gender variant and a little more like me. I started to slowly let go of this idea that I wasn’t trans. When I was 24, I started transitioning.

How did that feel?
I’ve been on hormones for the past seven years and I’ve had bottom surgery, but I still wake up every day with dysphoria about my body. It’s a constant struggle to feel comfortable in my own skin. But I know it’s a journey and I think sometimes it’s healthy to think about how we might always want to change something and that’s okay. 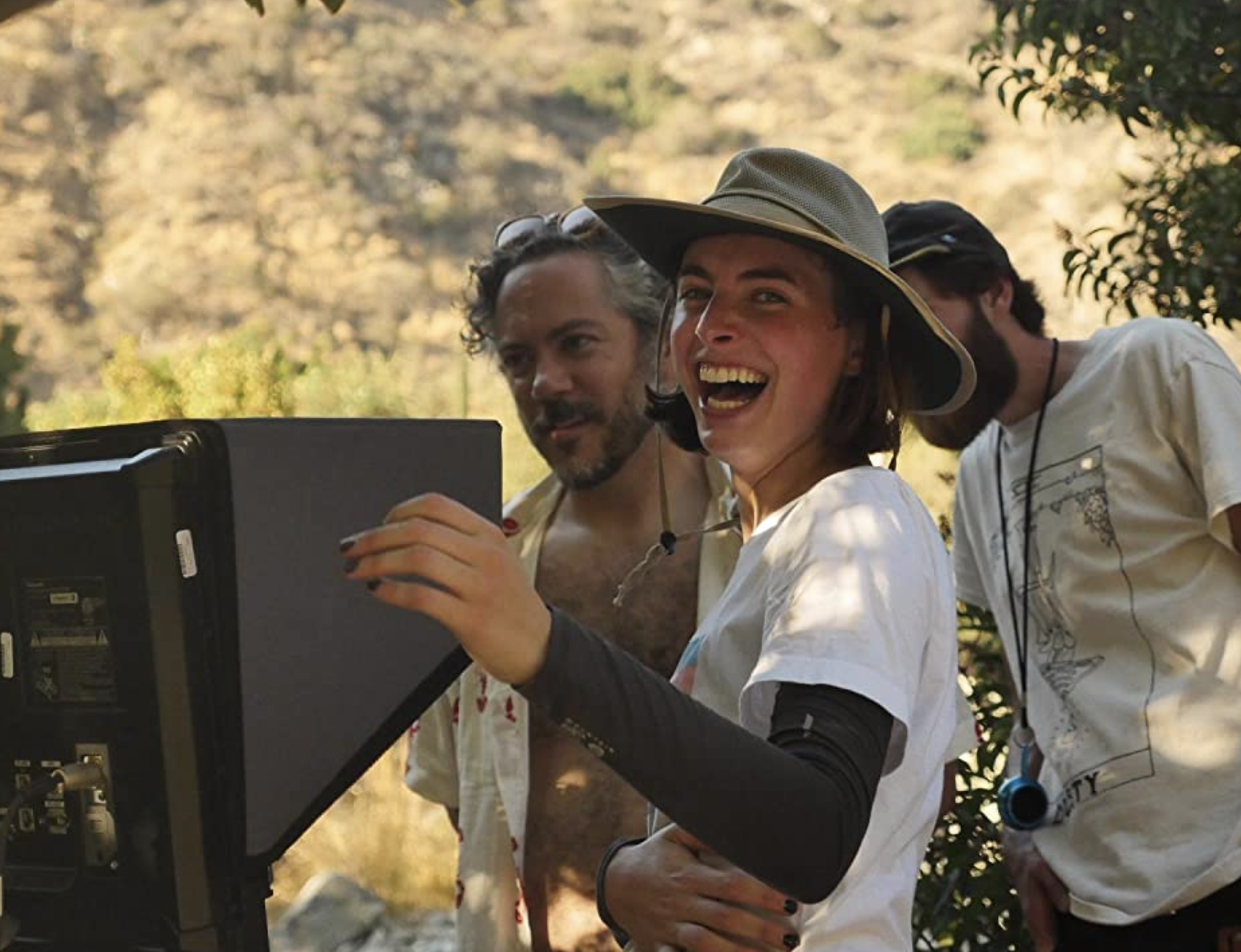 Who were your beauty role models growing up?
My eyes were constantly collecting all these images and styles and clothing options. They were going into a big jumbled brain that didn’t know how to process it all. I was pretty lost. Andreja Pejić meant a lot to me. When she first got big as a model, she did both men’s and women’s clothing, and people gendered her as male but she was very androgynous. I remember thinking she was interesting because she wasn’t a sexualized object — she was more of a cultural figure. I also feel it’s important to share how indebted I am to Black folks and trans women of color. I learn from them every day how to be powerful and how to love myself. Trans women of color laid much of the groundwork for the rights and freedoms I have as a trans person today. 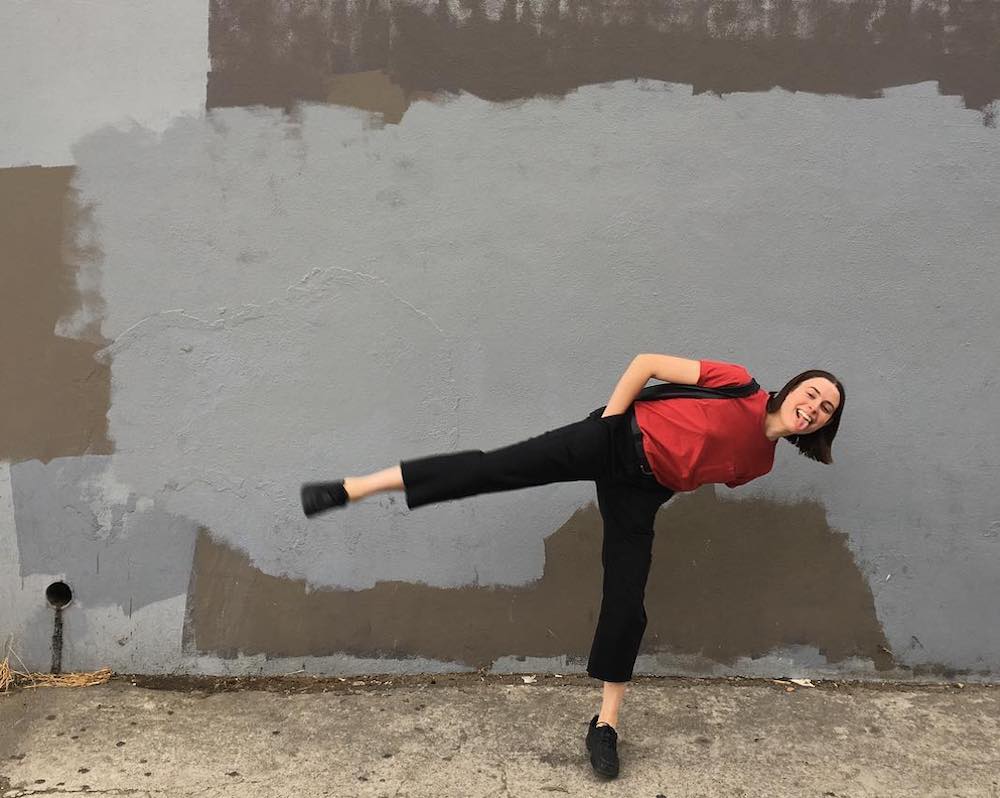 What’s your morning routine like?
I wake up really early. I picked up this crazy addiction to this trading card game called Magic: The Gathering, so sometimes I’ll play online in the mornings. I do my skincare routine, and then I have a Starbucks double shot before I get to set. 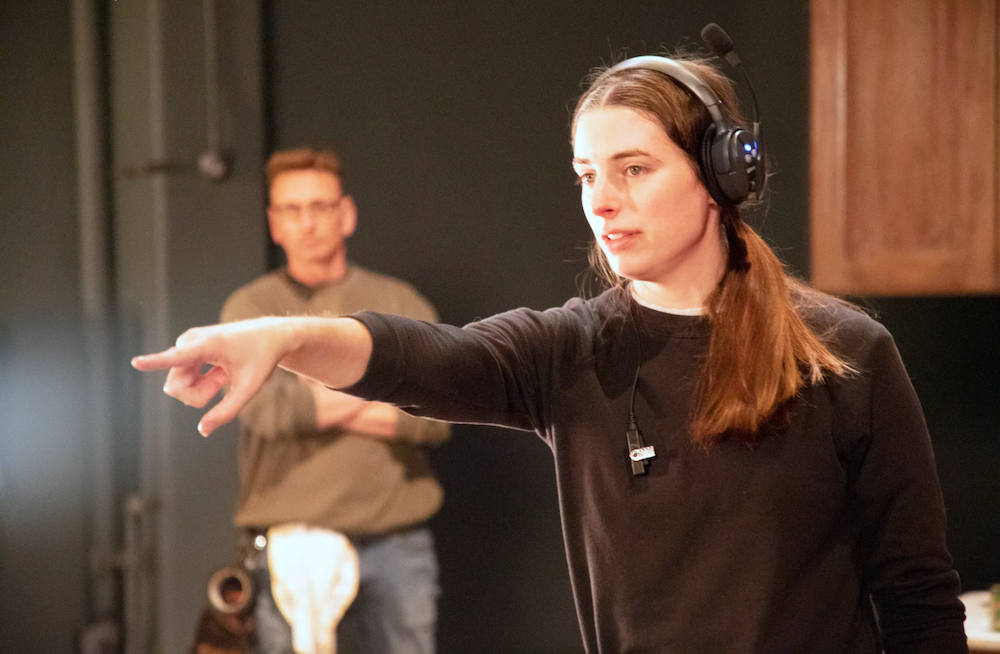 What skincare products do you swear by?
My holy grail serum is the COSRX Advanced Snail 96 Mucin Power Essence.

What’s with snail essence? I’ve been hearing a lot about it lately.
It’s one of the most moisturizing serums I’ve used; and at about $25, it’s one of the cheapest I’ve found. I live in L.A. where it’s really dry, and this helps save my skin. My face will look so buoyant and glowy. Then, for moisturizer, I love the way Dermalogica Intensive Moisture Balance makes my skin feel. For sunscreen, I like EltaMD. 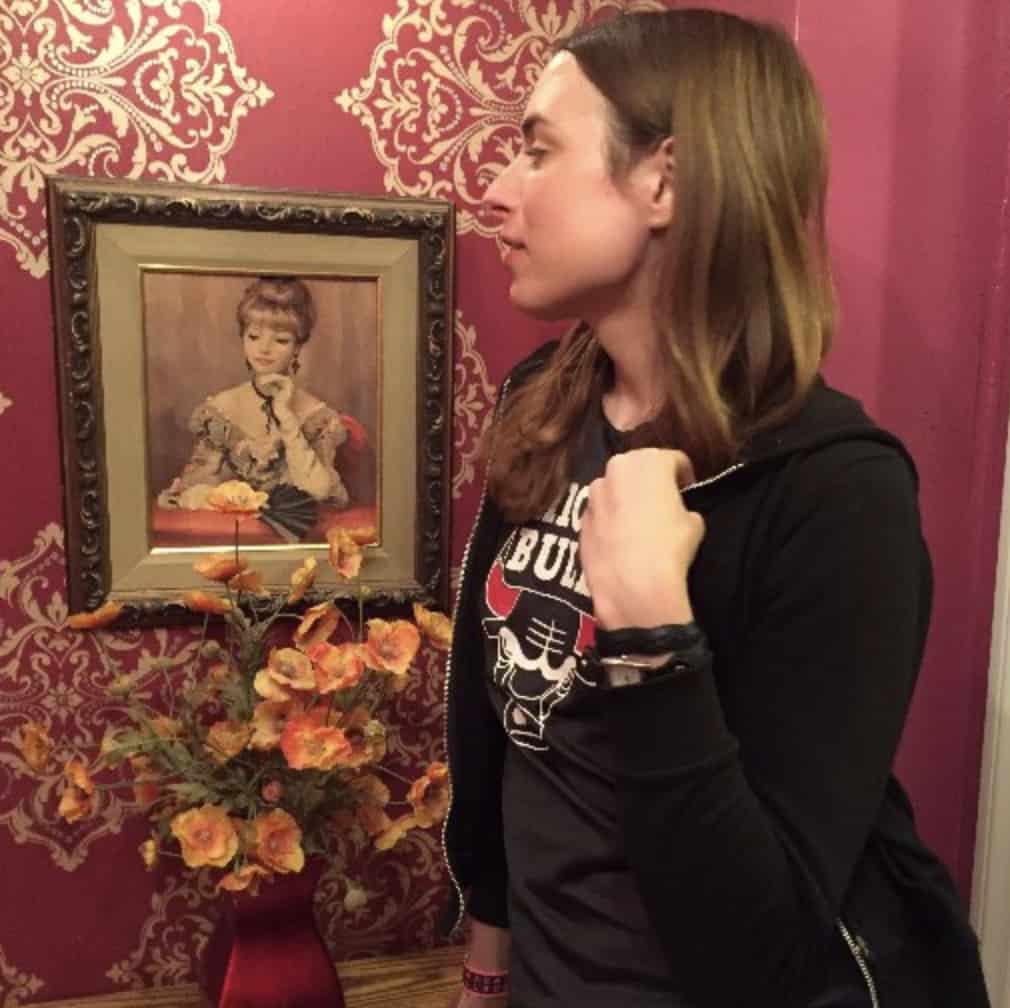 Do you have a signature scent?
I have two. The first is Âmes Sœurs Roll On Perfume. I’m almost out and don’t want to use any more because it smells so good. Then a friend gave me a roll-on vanilla fragrance from Whole Foods, which I also love. I’ve spent so much money on fragrances, and one of my favorites is $10 from Whole Foods! 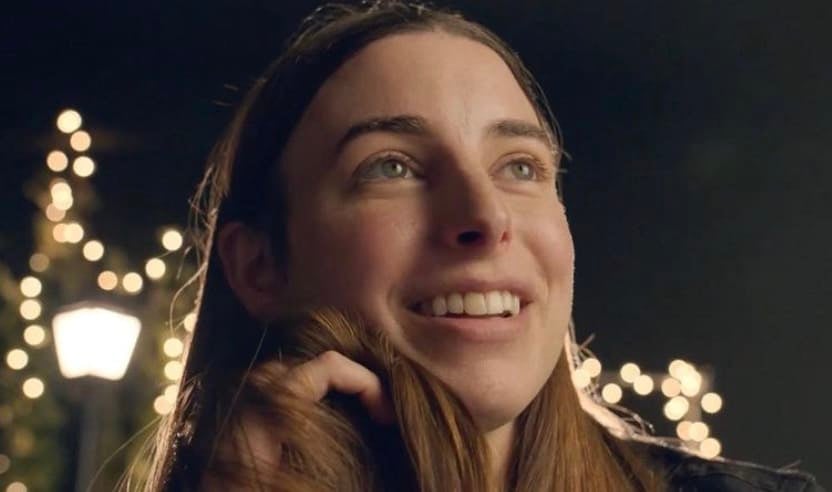 What’s your beauty philosophy?
Individualizing yourself is a huge part of culture, and anything people want to do to adorn themselves is something that should be celebrated. I think we’re just now starting to accept individualized beauty in all its shapes and forms. Taking control of my own body has been the most powerful and positive thing I’ve ever done.

Thank you so much, Ava!

(Photos by Ava Benjamin Shorr/Instagram and The Queer Review.)

We are actually changing up the homepage layout so you’ll see them stacked in about two weeks! But even with the current layout, it’s still reverse chronological so you should still see all the posts in order. Hope this helps!

I see! Maybe it’s just something wrong with my computer/cookies/cache then. Will keep checking back. 8)

yes, try to clear your cache and it should redirect! xoxo

Thank you for sharing, Ava! Amazing skin — going to have to check out the snail goo :)

Ava, you are beautiful in absolutely every way!

Thank you, thank you! I have a newly transgender kiddo and posts like this mean so much to us.

Also, Ava, you are lovely.

I Love this interview. I am constantly trying to understand what transgender people have to go thru to be themselves.

Absolutely loved this interview. Ava, you are beautiful and inspiring!!

Can’t wait to watch Disclosure. Thanks for sharing your story Ava.

Beautiful article and person. But people should be aware how snail serum is obtained. The snails are harvested and prodded or dehydrated to put them into stress to increase the secretion of the slime substance. It is one more troubling way that people seek beauty at the sacrifice of other living creatures.

Ava is so cool!! Wonderful interview and glimpse on a beautiful person. I would love to hear more of her work, I’m fascinated about the work of DOPs and love how she frames it as making choices based on the psychological aspects of characters.

I love her style—so cool!

So good. Thank you Ava!

Favorite beauty uniform yet! And a new crush ?

Love everything about this whole interview. I’m so fascinated/captivated by people who are directors of photography. The way their brains work is just so impressive to me! I need to finally watch Disclosure – my tender heart has avoided it but I know how powerful and beautiful it will be. Thanks for helping put it out into the world Ava!
(Also, anyone else feel the first picture of Ava gives real ethereal Anne Hathaway vibes?)

Lovely! So nice to see someone completely in their element. Thank you for sharing, Ava! :D

And sending wishes for all good things to anyone who is (or knows) someone transitioning/re-identifying. Rooting for you to be your you-est you. <3

Beautiful! Thank you for this!
And now I really need to get that snail stuff.

She is wonderful! Thank you fore featuring her—

On the snail products, I can’t do it. LOL Like physically cannot stop myself from having a slight throw-uppy feeling :(

So understand that feeling, but I sucked it up and tried this exact product over 2 years ago and I adore it. It does amazing things to your skin!

What a beautiful expression of humanity. She is lovely and now I want to put snail on my face.

How incredibly refreshing to have a beauty uniform that is not shaped by products to buy, but instead about learning and adapting to who you are and want to become. I think we sometimes are only taught to shape our identity as a consumer, when in reality what color lipstick we buy doesn’t really say that much about who we are.

“Adapting to who you are and want to become” – this really resonated with me, C!

But, Kate, that’s what this site is STILL all about. I invite you to look back through our beauty uniforms, our relationship posts, our parenting posts, every post — you will see that this site — and the reader comments — are all about who we are and what we want to become and humanity and grief and love and heartbreak and truth and everything at once. the reader comments especially add an amazing depth to the conversation.

here are all our beauty uniforms, if you’d like to look back:
https://cupofjo.com/category/style/beauty-uniform/

thank you so much! xo

Ava’s skin is so beautiful! Guess I’m about to rub some snail slime skin on my 42 yo skin and hope for the best!

My favorite beauty uniform! Ava, you glow. Thanks for sharing bits and pieces of your life with us!

Love this! Thanks for the recommendation of Disclosure—putting it on my list now.

LOVE this. Now on to watching Disclosure!

Beautiful inside and out! Thanks for sharing your story, Ava!