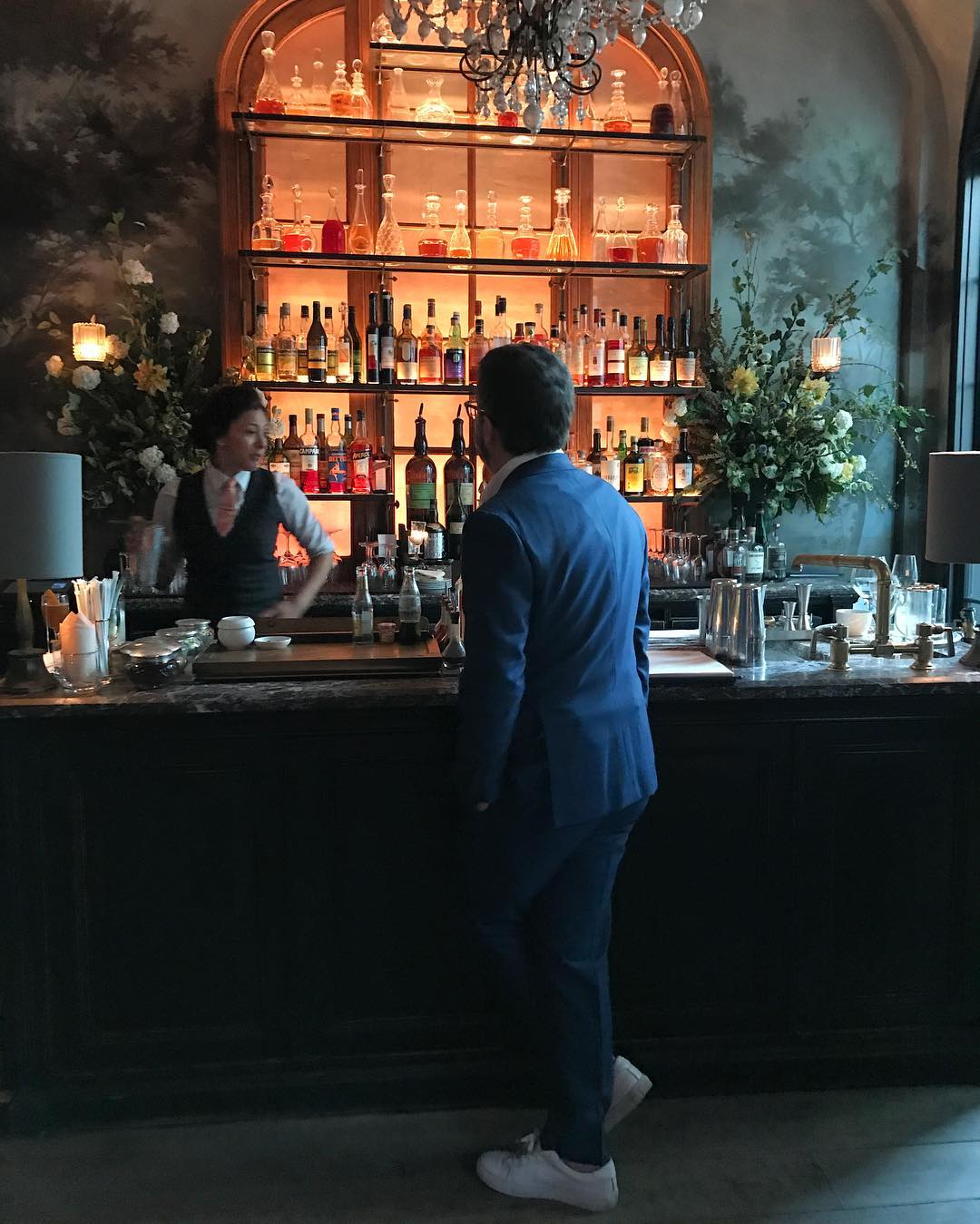 Almost two decades ago, someone did the nicest thing for me…

It was our second wedding anniversary, and my husband Andy and I decided we wanted to celebrate at a trendy Italian restaurant in New York’s West Village. It was everything we had hoped it would be — amazing food and service, dramatic flower arrangements — and so much more. Because after the beef cheek ravioli and the extra-dry Prosecco, and the dessert plate that came with a chocolate-scripted “Congratulations” around its perimeter, we asked our server for the check, and I’ll never forget what he said.

“The check has been taken care of.”

“What does that mean?” we asked.

“This dinner is compliments of David.”

David was Andy’s boss. Apparently, that day at work, Andy had told David in passing where we were going out to dinner for our anniversary. After which point, David called the restaurant to tell them he would pick up the tab.

I’m guessing the corporate account was the one that picked up the tab, and that most likely there was an administrative assistant faxing credit card information, but it didn’t matter. I was blown away by the gesture. I couldn’t believe how generous and thoughtful it was. And, the older I get, the more I realize how rare it is to be genuinely surprised.

After that, I made a point to make the same gesture as often as possible. A round of Kir Royals for my newly engaged cousin, a bottle of Malbec for my mother-in-law (who only drinks Malbec) on her 70th. I’m still answering questions from my parents about the round of candle-studded profiteroles (my dad’s favorite) we had sent to the table when they were out celebrating one of his not-even-milestone birthdays. But how did you know we were there? How did they know who we were? How did you pay for it? It can take some sleuthing skills to pinpoint the exact restaurant, but it’s worth it every time. I hardly ever spend more than 25 or 30 bucks, and the return on investment is reliably wonderful. I feel like I’m part of someone’s special day, the recipients are always delighted, and I get to ride the kindness high for days.

P.S. How to keep the spark alive on date nights, and six favorite Brooklyn restaurants.

(Photo of Le Coucou from the Cup of Jo Instagram.)

365 COMMENTS
By Joanna Goddard
Relationships
What’s the Nicest Thing Anyone’s Ever Said to You?
September 16, 2020