How to Get Your Kids to Talk at Dinner 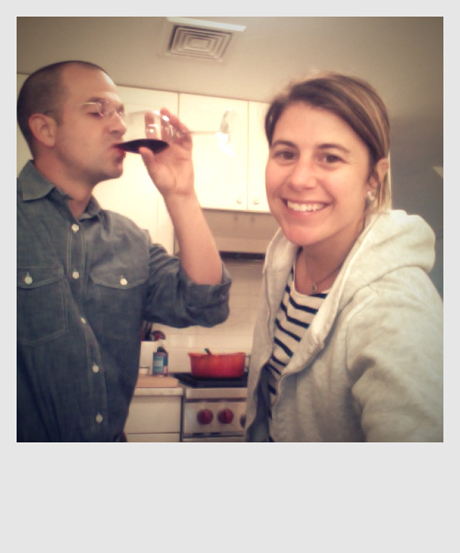 Our friends Jenny and Andy have figured out ways to get their two daughters talking (a lot!) during dinner. Here, Andy shares their five brilliant conversation starters.

The whole concept of family dinner, if you think about it, is pretty elemental: you gather around a table in the waning hours, you and yours, and eat some grub, converse about your day and, if you’re lucky, life its ownself. But sometimes — or, most of the time — our dinners can resemble not so much a family of four eating in the kitchen of our Dutch colonial but a pre-verbal gathering of primitive hominids on the veldt, hunched over a large rock, devouring the day’s kill with frightening, brutal efficiency — quick, before somebody steals it! — and doing it all through a silence punctured only by occasional lip smacks and grunts of pleasure. In other words, getting dinner on the table often feels like the easy part; it’s the conversing and communicating — the family part of family dinner — that often prove more elusive. And, okay, if you insist on greater specificity, it’s our ability to get our children to SPEAK TO US that is often very much in doubt.

Does this exchange sound familiar to you?

“What’d you do today?

Over the past few years, we’ve devised a few techniques to deal with this situation, ways to prod and cajole Phoebe and Abby into sharing and prompting and interacting — or, at the barest minimum, stopping for a moment to look up and acknowledge something beyond the food on their plates… 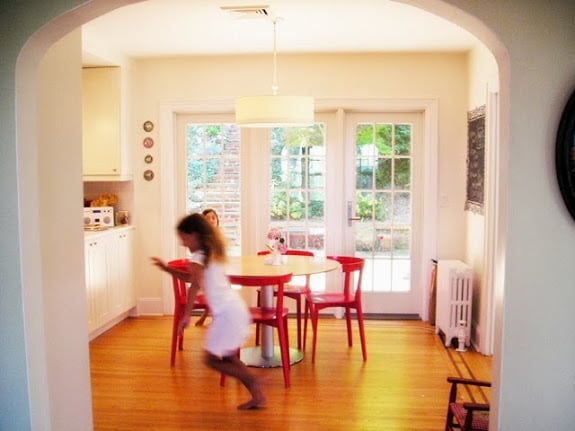 The most consistently successful of all our methods. Each family member has to share one thing from their day that made them mad, one thing that made them sad, and one thing that made them glad. In addition to initiating some real conversation (we rarely make it all the way around the table, once the kids get going) this has the welcome benefit of clueing you into some things in your kids’ lives — anxieties, accomplishments, mean girls at camp, math difficulties, and the always-telling lunch table politics — that they might otherwise have locked away in a drawer and let fester.

This doesn’t deliver the kind of sustained, substantive conversation you get with Mad Sad Glad, but it often helps break the ice and get some dinnertime energy flowing. Kids love to prove their parents wrong — or, at least, my kids love to prove me wrong — so I’ll offer up an observation that I know is untrue, and wait for the kids to set the record straight. Like this one, from a beautiful, clear summer evening about a week ago:

Me: “I can’t believe you had to stay inside all day at camp today because of the weather.”

Me: “Man, that must have been so boring.”

Phoebe: “We were outside all day! We hiked down to the river, and had lunch under the poison ivy tree, and…”

Other options: Why do you think Ms. Tuman decided to skip math lessons today? I can’t believe nobody said a word on the bus on the way home this afternoon. Do you guys ever wonder how an ostrich flies? So Mommy tells me you guys hate soccer now…

Talk About Yourself (And Let Them Jump In)

My own life doesn’t always strike me as riveting, but you’d be surprised at what kids get into. An example: a year or so ago, I was working on a story about a disaster at a big coal plant in Tennessee. A huge containment pond collapsed, unleashing millions of gallons of toxic sludge known as coal ash. An entire town was buried. Streams, because of the heavy metals in the sludge, were contaminated. The prospect of cleanup was like a sick joke. Hardly kid fodder, right? They couldn’t get enough! Almost two years later, they still ask about this, and want me to tell the whole “coal story” again. I even had to tell it to one of Abby’s friends, who was sleeping over. Seriously. Possible moral of story: we’re not as boring as we think we are?

I hardly ever get an answer when I ask my kids something directly. (“What did you do at school today?”) Similar to the Negative Assertion approach, I find it helps to take the pressure off a little by asking them to tell a story about someone else. But maybe don’t phrase it quite so overtly. Phrase it like this: “So [your kid’s name here], tell me about this new friend of yours, [new friend name here]. Does she have long hair? Does she like watching Boomerang? At recess, is she a cop or a robber?” Bet you anything your kid responds, and when he/she does, you’ve got them right where you want them. You can take the conversation anywhere from there.

Join forces with your husband or wife and resolve to say nothing, not a word. Kids can’t hack it. They fill the silence. (Only downside: our six-year-old usually fills it by saying, “Poop on a poop on a poop poop poop.”)

To be deployed only in truly desperate situations: “Okay, if you guys don’t start telling me about your days, we’re not having s’mores tonight.” This one has never failed — and believe me, we’ve wielded it way more than we should ever admit. 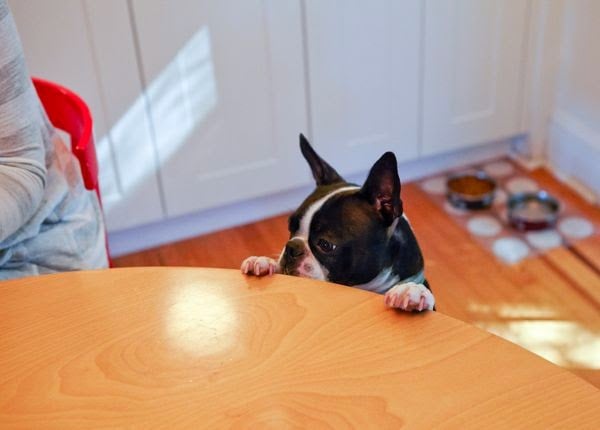 Thank you so much, Jenny and Andy! What do you guys think? Any other tips you have for starting conversations with little dudes? Are your kids chatty at dinner? Love the negative assertion tip, and it totally works with Toby whenever I’ve tried it. :) 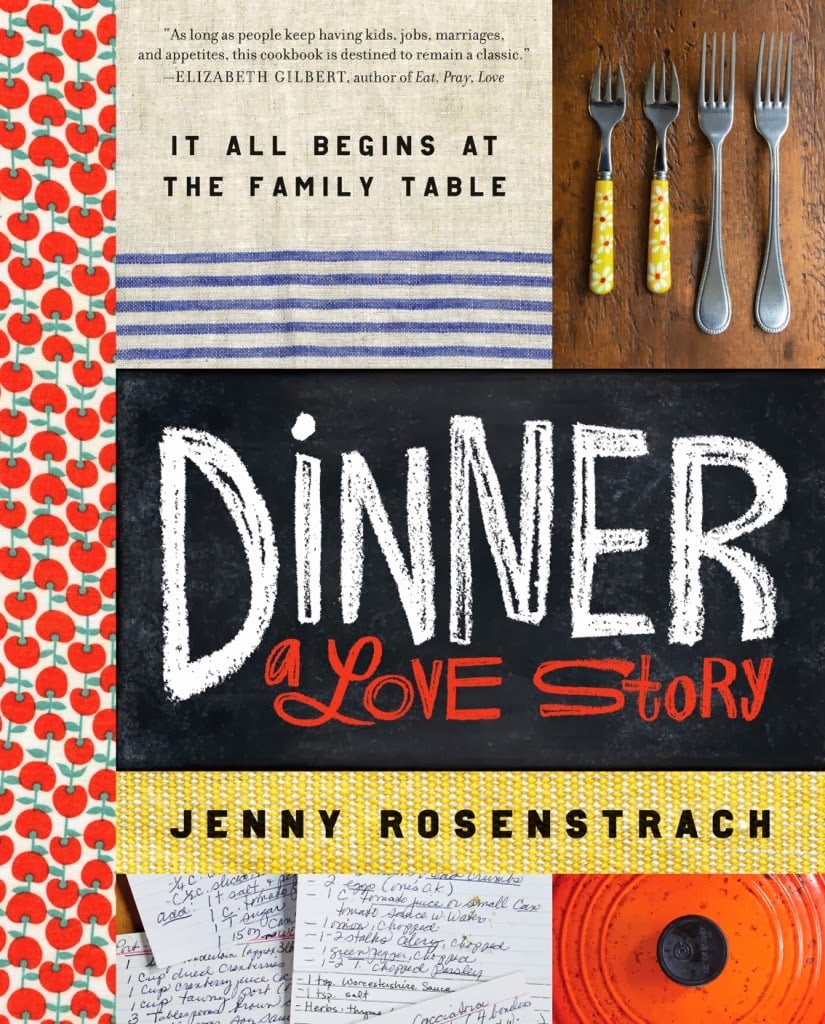 (Middle two photos by Jennifer Causey. This post originally appeared in 2010 on Dinner: A Love Story, and was written by Jenny’s husband, Andy, who contributes to her blog sometimes, and was reprinted with Jenny’s permission.)

Hey, at least Jenny’s kids eat the food. Nearly every night, I have a fight with a kid about the food they don’t wanna eat. We don’t even TRY to have conversation tactics.

This is exactly why I make pancakes or French Toast once a week. These are the two meals no one ever complains about.

light a dinner candle (any old candle will do!). every night. works like a charm! (:

a tip on how to get kids to talk to you about their day at dinnertime – we play ‘highs and lows’. Go around the table and ask people to talk about their high point and low point of the day.. you’ll be amazed how much it will get your little one to share!

I’m sorry, I read though about half of the comments and was still laughing at this. I have the mind of a 6-year-old.

My dad says it is rude to talk at the dinner table, especially with your mouth full and that we should just finish our meal quietly so we don’t choke on fish bones or rice. :p

well, maybe he is wrong.. It’s great to talk at the table, maybe not with the mouth full but in the betweens :)

Yippee! I jumped for joy when I saw this! :)

I have the opposite problem at dinner time. My kids will not stop talking long enough to get a bite of food in! lol! They are 5 and 8 and the minute they hit the kitchen they talk, talk, talk, talk! We actually have to call silent time to focus on eating midway through every dinner.

Us too! Sometimes we have to resort to our “less talking, more eating!” motto ? good problem to have (and probably won’t last forever!)

Yay! Congrats to Jenny–my first ever editor at Real Simple! Love both your writing and look forward to your posts!

Love this! Thanks for sharing this!

Yaee! This seems like a such a great fit! So excited to watch you two collaborate!!

How great! This reminds me of Family Time Machine activities for dinner time. They also have inspiration for bath time, bed time and more.

I love their blog and their book! It is my new food bible! I even wrote one of my cooking columns about them. Fabulous.

I love their blog and their book! It is my new food bible! I even wrote one of my cooking columns about them. Fabulous.

What a perfect match! So excited for Jenny’s posts!

No need for us to start conversations: my son is a science nerd and bombards us with facts or questions such as: “are you for or against Google glasses?” “do you think a robot will one day be a means of transportation?” “Did you know that when you look at a molecule from a different angle, they look entirely different?” etc
So it finally ends up with my husband the giant science nerd having nerd conversation with our son, while I listen to my daughter talk about all the horses at her riding horse club. Those two can’t shut up.
My husband and I are adepts of dinner with the kids only at weekends, the rest of the time, we do what Pamela Druckerman describes: dinner for the parents when the kids are in bed.
Also, I love Jenny’s posts!

in our house my almost 6 years old daughter can not stop talking during dinner time and we are like less talking and more eating.

Yay! Your blog introduced me to DALS and I loved it – so I got the book, and loved that (seriously – is this the only recipe book that actually acknowledges and works around picky toddler/kids eating habits?) so I can’t wait to see what you two come up with together!

Awesome! I love DALS. One of the best blog collaborations : )

I Love this, bookmarking for future reference!

And now for a follow up post- how to get the kid that won’t STOP talking to do so.

Hurrah!!! I adore Jenny, her writing, and that she’ll be contributing to Cup of Jo!

I used negative assertion at the dinner table tonight, and my normally taciturn 3.5 year old son opened up. It really was like magic! I (copying the example) said, gosh it must have been a drag not to get to play outside at school today. He said, “what?!” and then almost immediately “I didn’t have anything to play with. Everyone was doing other things. I was feeling sad. I walked around by myself.” This from a little guy who really doesn’t share about his day.

Thanks so much for your post! Because of it, I was able to help my son through a tough moment. I can’t wait to try the other ideas!

No kids here, but what a cute Boston Terrier, oh my. Looks like an active participant in the dinner conversations as well.
I was also wondering if the parents share, too.