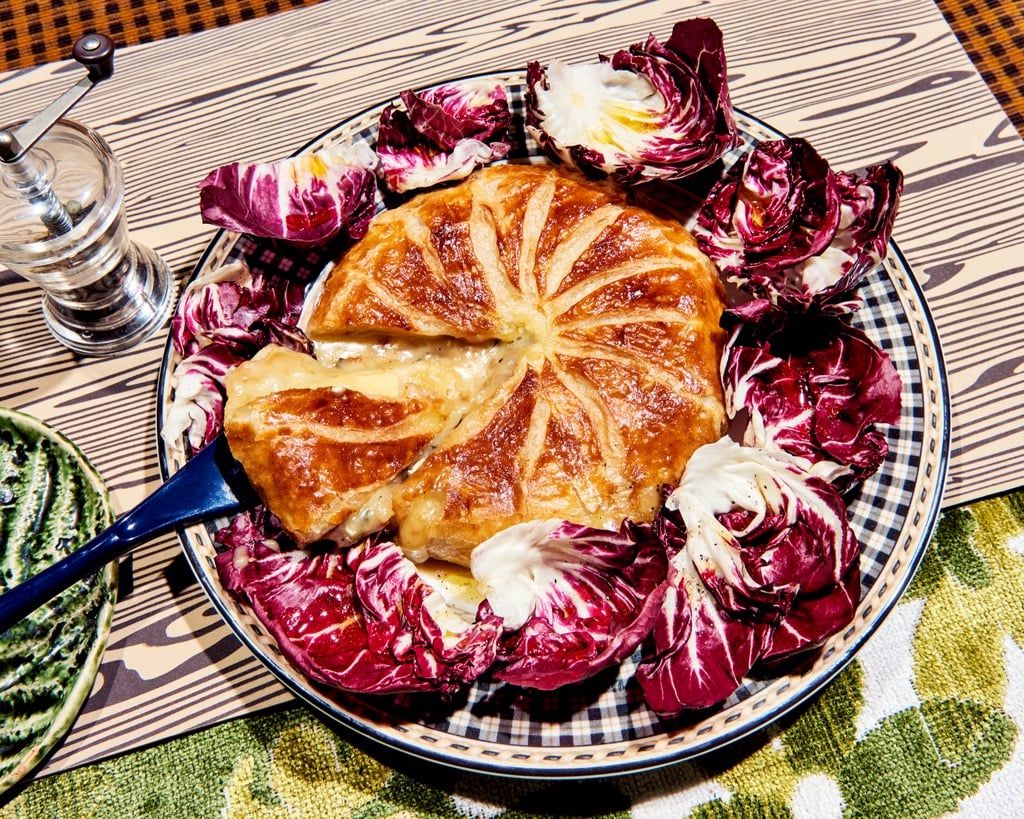 How do you turn grocery-store camembert (or brie) into something amazing? Bake it! “Baking has always been a way for cooks to coax an overripe, or a just-O.K. cheese, in the direction they like,” says the New York Times. Just wrap the wheel of cheese in puff pastry and bake until it’s browned. Then add whatever you’d like — walnuts, honey, onion, bacon, fruit preserves, radicchio leaves, anything. Because, says the New York Times, “there’s no such thing as a bad baked Camembert.” 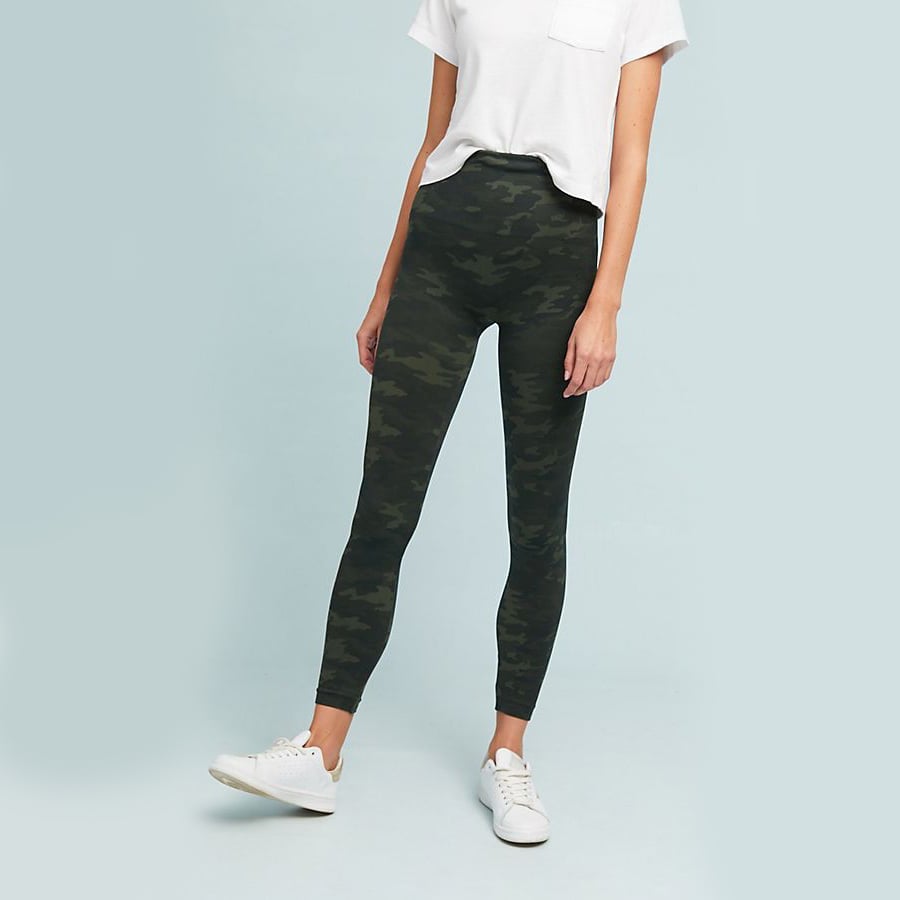 The other day, my friend came over wearing a chambray shirt with these camo leggings. She looked so cute — and revealed the leggings were from Spanx! Apparently, they also come in black and jean-style. Have you ever tried them? 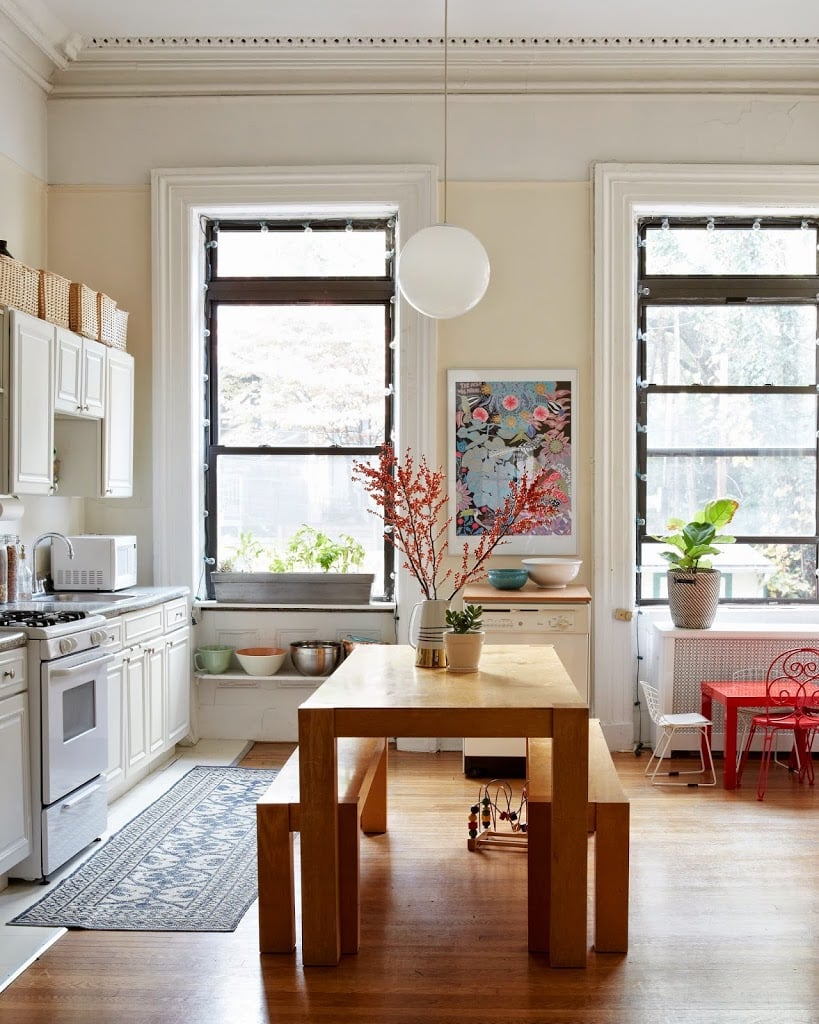 UM. Did you know about the trick for hanging a picture using a fork? How many hours of my life have I wasted trying to get the wire onto the tiny nail? Well, watch this 13-second video. (It’s kind of like how to walk on ice or how not to get lipstick on a wine glass — one of those little tricks I’ll always remember.) 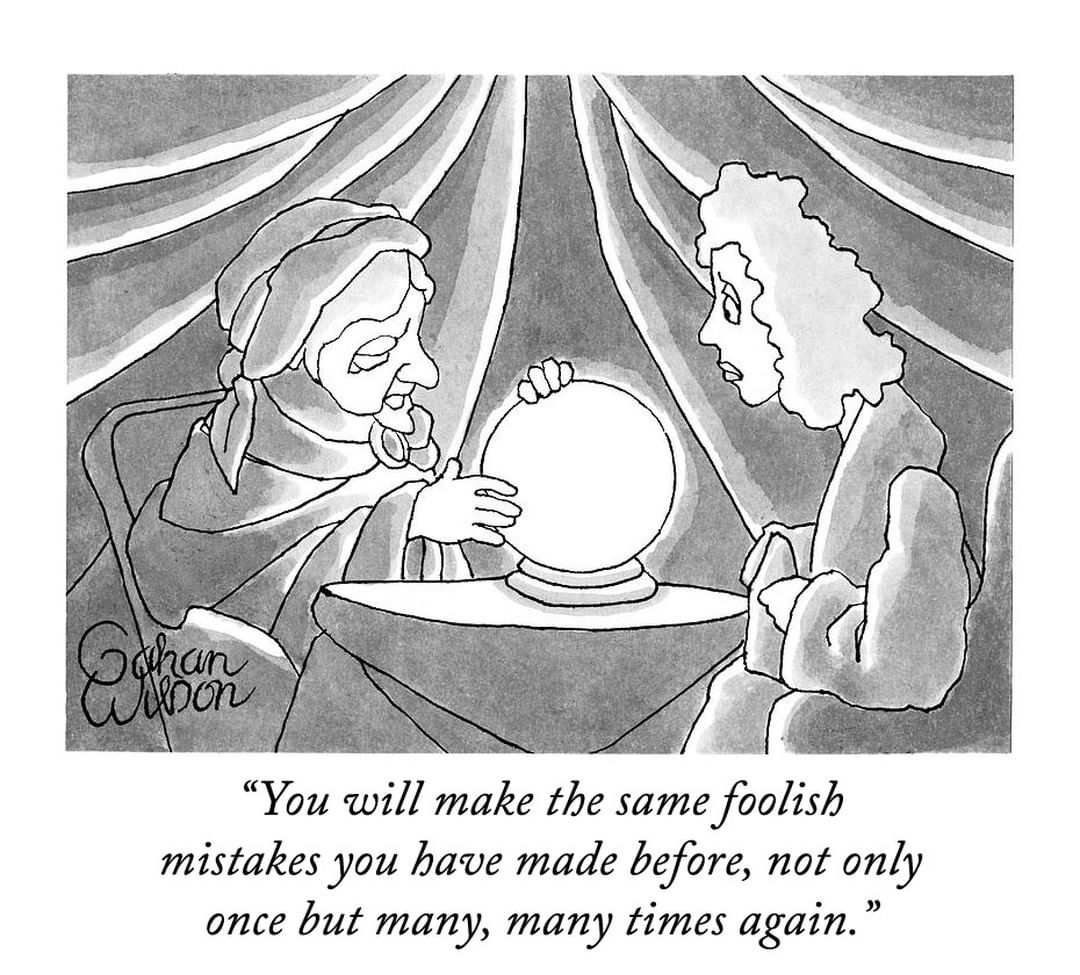 Do you follow New Yorker cartoons on Instagram? They’ve been killing it, more than ever, with their uncannily true-to-life commentary. ;)

https://bbc.in/2DcLcaW I reccomend this BBC article to everyone these days, and I really think it would fit a 15 things-post. It was originally posted by Norwegian broadcaster NRK, and quickly became the most read article ever in Norwegian. Now translated into english through a cooperation with BBC.

It completely changed the way I look at video games. Impossible not to be moved. Hope some of you readers enjoy it. <3

I have the Spanx camo leggings. Got mine at Anthropologie last fall during a 30% off event. Seen them at Nordy as well. I do really like them, but they come up in front to just underneath my bra strap. Kind of annoying, but not terrible. Will have to try with a denim shirt once the weather warms up. Sounds so cute. What kind of shoes did she have on??

she was wearing clogs. so cute!

Oh clogs! So cute. Guess they are making a comeback. I have a pair in my closet, that I just couldn’t get rid of. So out they will come, when the weather gets a little warmer. Thanks, Joanna!

Oh my goodness, what have I been doing? The fork trick is amazing! This is what I love about “A cup of Jo”, you never know what you’ll discover. Love the new photo Joanna.

yes to baked camembert.
I love the cartoon because it is true and funny about making more of the same mistakes.
I would look awful in the camouflage leggings, cute as they are.
That fork trick has changed my life.

what in the world is “grocery store camembert”? Isn’t that where you generally buy cheese, the grocery store? oy vey

yes of course — but for cheese other than feta, cheddar, etc., there are so many wonderful neighborhood cheese shops! maybe not in every small town/suburb, but definitely in cities. they’re typically not snobby or more expensive — they’re usually really friendly and wonderful.

The tiny town I grew up in had a cheese shop. It’s long time closed now, along with the butcher shop, the donut shop, the book shop, the tiny neighborhood grocery shops, etc, but I think long ago almost everywhere had small speciality shops.

Love the camo trend. Even though I have to wear camo to work ;)

Does anyone know where the table is from in the picture that shows the kitchen?

I *think*ours is the same one… we also got lucky And found it on Craigslist believe it or not, but I’m *almost* sure it is the “Big Sur” table from Crate and Barrel. Good luck!

About the baked Camembert: I reaaallllly like that with cold raspberry jam and some big home made fries! Seriously the best! Same for goat cheese nomnomnom…

I LOVE the garlic-herb baked camembert from the Smitten Kitchen Everyday cookbook (which you can find online too thankfully! https://www.epicurious.com/recipes/food/views/herb-and-garlic-baked-camembert). It’s really quick because there’s no puff pastry to thaw/ cook through and the flavor is AMAZING! I usually skip the thyme and it’s always to die for. It’s my go-to party appetizer.

For a (very Southern) no-bake option, my Mom always has softened cream cheese with hot pepper jelly on top to go with crackers at Christmas, and it’s delicious! I somehow missed it this past year and I’m still craving it!

Second the garlic-herb baked camembert from SK recommendation! It’s soooo delicious (I include the thyme but am sure it’s delicious either way), and super easy!

Ooooo thanks for the heads up about the Camembert! I have that cookbook but haven’t tried that one yet!