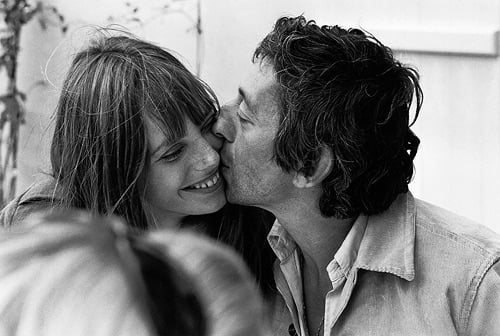 In my twenties, I would always do the same thing before a first date…

On the cab ride to the restaurant or bar, I’d feel a little excitement mixed with… slight panic. My #1 fear on dates (other than getting locked in a tiny restaurant bathroom) was running out of conversation. What if we had a dreaded awkward pause? What if we stopped talking halfway through dinner and just SAT THERE?

So, in the backseat of the cab, I’d do what any self-respecting woman would do: I’d call my mom. “You’re only responsible for half the conversation,” she would remind me, calming my nerves. I just needed to say some things, not all the things.

My other patented first date move was wearing an off-the-shoulder shirt from Urban Outfitters — kind of like this — since I loved when the shirt would slip off just one shoulder. What is it that’s so flirty about collarbones?

It’s funny to think back on first dates now. I still remember the thrill of getting ready, and the spots I went to: movie theatres, dive bars on Houston, an Italian hole-in-the-wall. I had a love/hate relationship with dating when I was actually doing it (and was always wondering if I would EVER meet the one), but looking back years later, I only remember the fun parts of course. :)

How do you get ready for a first date? Do you have a go-to outfit or perfume? Do you give yourself a pep talk? Or take a shot? Do you always go to a certain spot? I’d love to hear your rituals.

P.S. My sister’s genius dating advice, and Alex and my first date.