What Should We Name Our Baby? 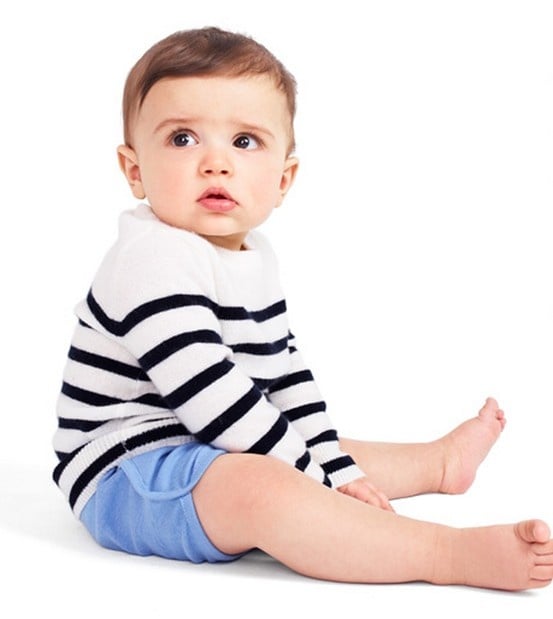 Tags: anton, baby, baby names, personal, second baby
1,144 COMMENTS
WRITE A COMMENT
Array ( )
Motherhood
most popular
01
21 Completely Subjective Rules for Raising Teenage Boys
02
Best of: Parenting Around the World
03
Trying Out Slow Parenting
04
How Did You Know You Were Ready to Have a Baby?
05
Three Transgender Kids Share Their Stories
May We Suggest…
By Joanna Goddard
Motherhood
What Are Your Favorite Baby Names?
June 14, 2021

855 COMMENTS
By Joanna Goddard
Motherhood
What Was the First Meal You Ate After Giving Birth?
August 23, 2021

We are expecting a boy. We decided on his name Nicholas. I think it’s beautiful. It’s a GREAT strong name!

I am a fan of traditional names, not so much for new names.

We are expecting a girl on NOvember 1, 2013. We decided on Sasha Marie. It is however, a unisex name, and I think either way, boy or girl, it’s beautiful. I don’t think he will be teased if you go for Sasha. It’s a GREAT strong name!

All I can say is if you really like Nicholas, go for it. We were really unsure about whether it would be confusing having two Annas (my sister and my daughter) and whether they both might feel some loss of individual identity. We went for it in the end and I’m so delighted we did. We love the name and my sister just about melted she was so overcome. I guess it’s the highest compliment and seeing the two Annas together is just wonderful beyond words. The have an extra special connection sharing a name. Perhaps you’ll have a girl and you won’t have to worry. Good luck.

I think Elias goes best with Tobias. Personally I like it when the names of siblings match. But probably I prefer Elias from your list, because in my mother tounge, Hungarian, we have a cute children song, that’s about Elias and Tobias :D
In my case, when we expected our first, a girl, we knew her name from the day the scan showed her gender. There was not a moment of doubt about it (btw: Johanna is her name). With our second, a boy, we hesitated until the very last moment. We literally decided in the hospital, in between of two labour-pains. Then my husband said to me: you are the one in pain, you decide. That is when I realised, Gustav it is (and not Felix).

Thumbs up to Nicolas. And for what it’s worth- my two daughters say that they would never ever go on a blind date with Julian.

I think you should go with your gut – if you love Julian, it’s yours, and you will always feel a connection to it.

I was close friends with a male Sasha growing up and I’ve never thought his name to be strange or girlish.

I would probably stay away from Elias with the name Tobias – why not just Eli?

I think you are right about Rhys and Porter and the three last names issue. It’s maybe too much…

I like to avoid repeats — so for me Julian and Nicholas would be out. Elias and Tobias is….too matchy, matchy to me.
I love Rhys and Porter!!
Classic, strong names on a baby or man.

They are all great and I am sure that you will be happy with whatever you choose but I just wanted to chime in that if you don’t want them to be Tobias and Elias, you could just use the name Eli. Its my husband’s name and its not short for anything .. its just Eli :)

My 4 month old son is named Aleksandar (Serbian/Russian spelling). Sasha is cute to me and is used by so many different cultures so I wouldn’t worry about it being to “girly”. We are still trying to decide what nickname is right for our little guy. Naming your children is so hard! Good luck, whatever you choose will be perfect! Don’t worry about what others think or you will go crazy!

I like all these names. Rhys Goddard-Williams sounds gorgeous!

Sorry to pipe in SO late… but, I must say, ditch Sasha and Eli. Too cute, too feminine. And even though I like Rhys, it’s too much. There will always be a need to spell, etc.
A boy needs a strong name. Simple and easy. Julian is solid. You can still have adorbs nicknames (Jules, Ju) but when he introduces himself as a grown-up man, there’ll just be something more solid about Julian. It’s no nonsense.

Nicholas would be a nice tribute to your brother and you could probably find a nick-name (heh…Nic-name?) different enough to keep family gathering from being too confusing.

I’ll suggest a new one. My brother’s name is Justus (apparently there’s one in the Bible) which is unusual. We all call him Gus, though that nick-name is actually because when he was little my mom thought he looked liked the mouse Gus in Disney’s Cinderella. Toby and Gus? Works for me.

McCallister! Cal for short? I had a 4 year old british boy in my swim class and I will always love that name. Or Cavender. :)

just throwing it out there, but how about Gabriel – Gabe for short? It’s my newphew’s name and I think Gabe and Toby is a really sweet combination!

Also love Rhys, it is a very classic name in Wales, goes back ages and ages (we’ve got two in our family!). My mum is Welsh and my name is Ceri (pronounced “Keri”), so I can empathize with the trickiness of spelling. However, Welsh names are unique without being try-hard, and they’ve got a bit of history to them. I may have hated it growing up but now I love it, even if it means giving most Americans a geography lesson every time I introduce myself :)

From france I vote for sasha!
definitely a delicate and strong name for a baby boy and still beautiful for an adult
And I have to say that Sasha begins to be a chic parisian name those days!!

I completely understand your problem and it reminds me 6 months ago when we had to choose the one for our baby girl.
It’s like you tell about what your family is picking just a name..
We personnally named our girl Gloria, after my husband’s portuguese grand mother. Which corresponds to an old lady name in the US and doesn’t even exist in France!
it’s funny how you can see in a blink if people like (which is often the case i have to say) and pepole hating it.

From France I vote for Sasha! It’s definitely a very delicate and strong name for a young boy and an adult after. And i have to say a beginning a chic parisian name choice those days!

I completely recognize my situation 6 months ago when we had to choose our baby girl’s name… trendy is not good because you’ll find 3 children with the same name at school
then the message you transmit with the name you pick..

Personally we have named our baby girl Gloria, which, in USA, corresponds to an old lady name!! and does not even eixst in France.. and we have had so funny reactions from people. You can see in a second if the person likes it (which is quite often I have to say) or if they completely hate it!! funny. But she’s so a Gloria now!

Sasha seems silly unless his name is Alexander to me.
What about Tarquin? I know it from the Faerie Queene (the Spenser poem) but I think it sounds cool and medieval…

I like Rhys, maybe its the one syllable R thing. My son is Roan.

Eli is on my list of baby names, but it would be short for Elliot or maybe Elijah.
I love the name Rhys! I think Rhys Goddard-Williams already makes him seem like a wonderfully wise soul. I love that your choices are classic names. My cousin recently had a son and named him Henry. It’s so perfect.

I think Toby and Eli sound adorable together, but I vote no for Tobias and Elias – way too matchy-match and cheesy. Elliot could be an option. And Elijah too, but it is very popular, but what about just Eli? The name is strong enough to stand on its own. I also like Nicolas.

I’m a big fan of Gender bending names, as mine is Gender bending as well (Currie) it’s something that is becoming popular, which you can be a part of without him/her having the same name as everyone else.

Jane is quite plain… Maybe it’s plainer in England than the USA? Elias sounds pretentious. Eli and Sasha sounds like girls’ names. Elliot sounds great with Tony. Porter sounds like beer – a bit silly to me. Rhys is nice, as is Julian, but it’s no good if you have a friend’s son with the same name. What about Jude? Nicholas is your best bet I think.
Love the blog Jo!