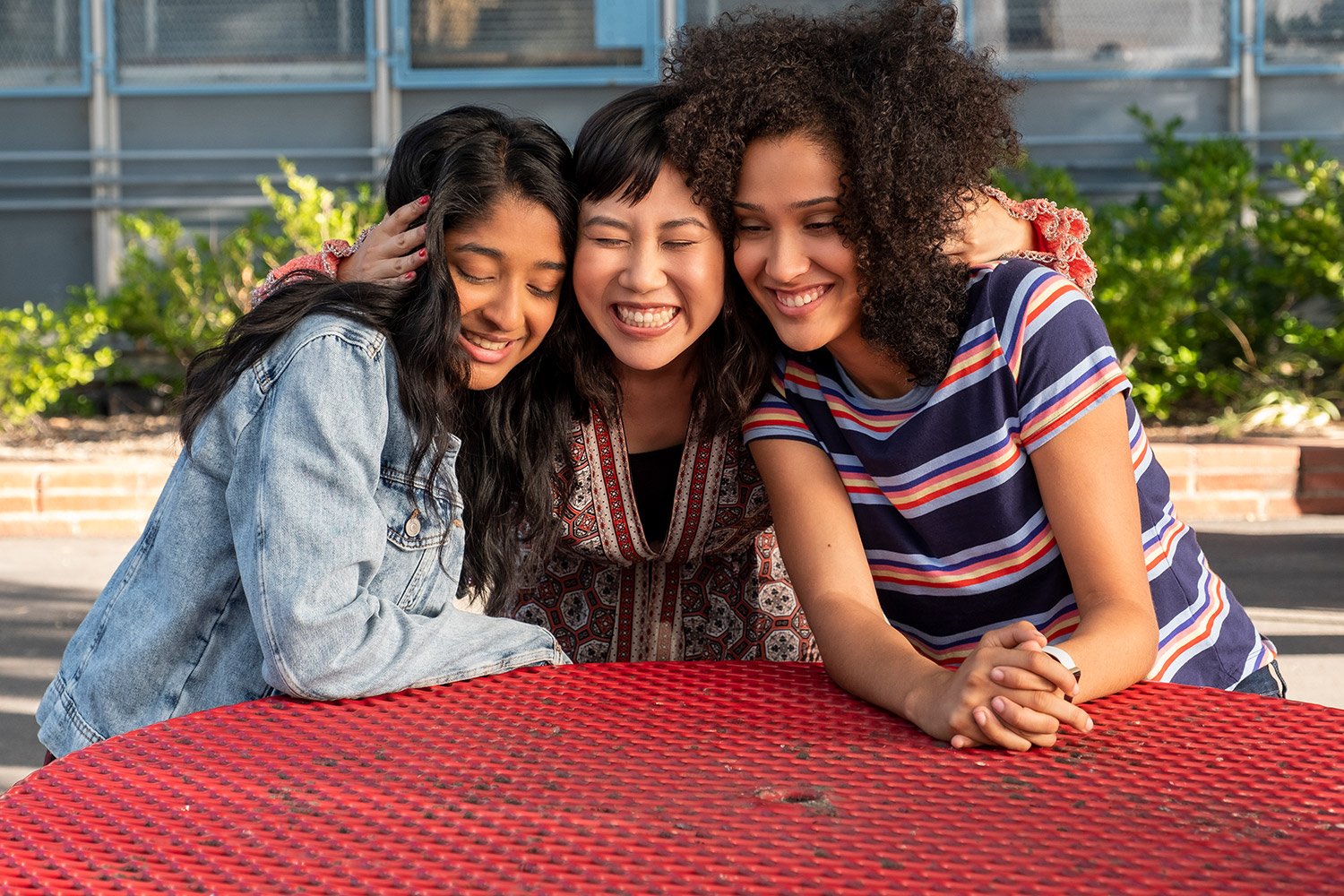 First up, Never Have I Ever Season 2 is coming out on Netflix this Thursday, July 15th. Created by Mindy Kaling, the comedy features a brainy, awkward Indian-American teenager who finds herself juggling two boyfriends. The script is fast and funny and brings back all those cringe-y high school memories. 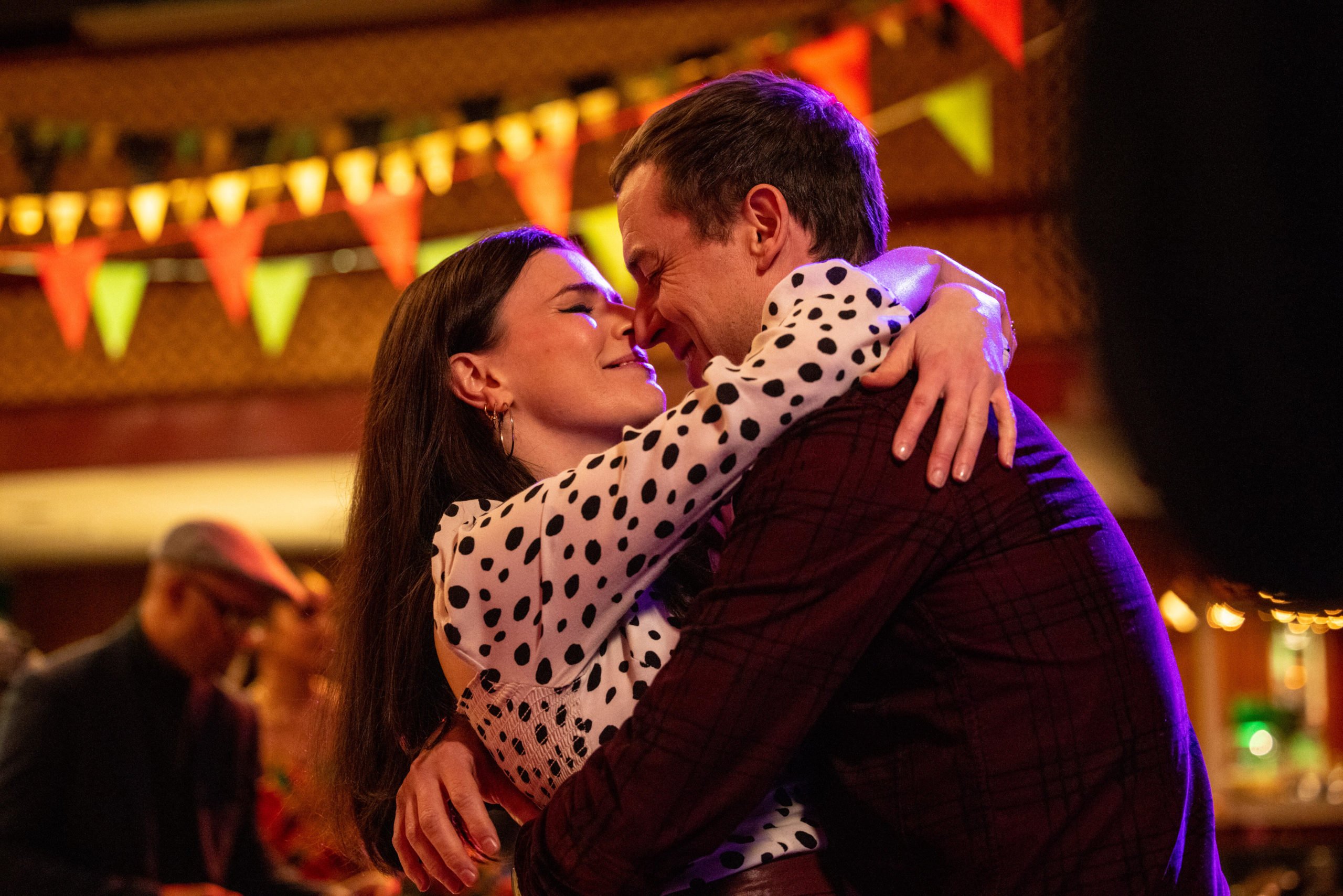 This Way Up Season 2 just launched on Hulu. The first season — in which an Irish twentysomething leans on her older sister while recovering from a “teeny little nervous breakdown” — meant so much to me personally, as someone who suffers from anxiety and depression. In the second season, Aine dates a single dad and brainstorms a new company — but things, of course, get complicated. I cannot wait to devour this hilarious, wonderful show and LOVE both writer/creator/star Aisling Bea and co-star Sharon Horgan (of Catastrophe fame!). 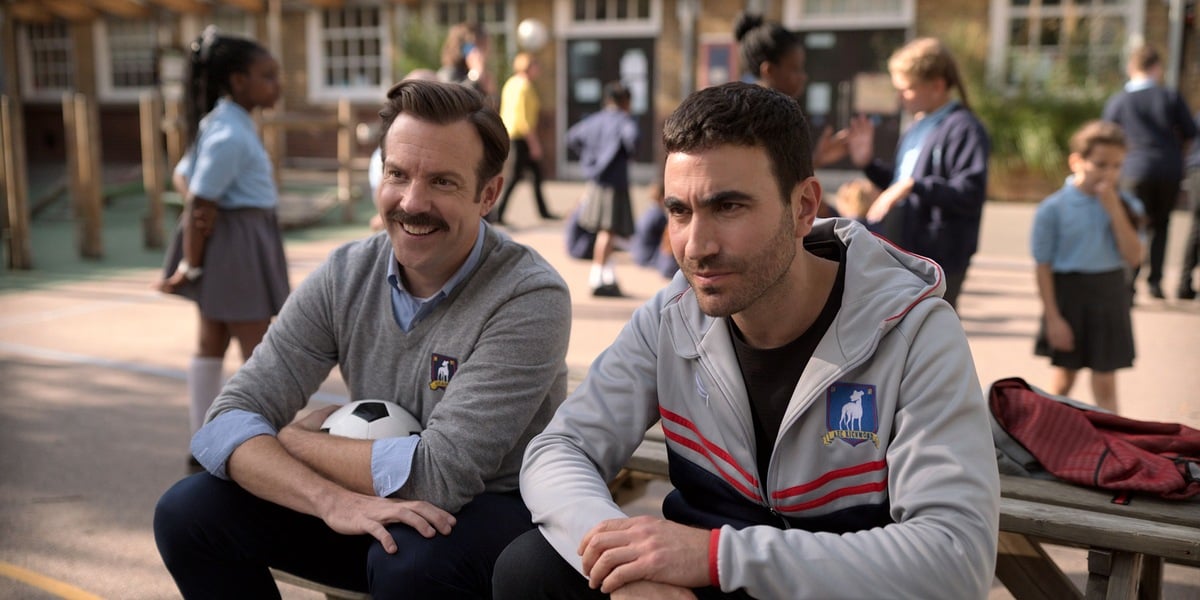 And, finally, Ted Lasso — the beloved comedy about a radically empathetic American coach who oversees a struggling British soccer team — launches its second season on Apple TV on Friday, July 23rd. All his quotes are gold, including “You know what the happiest animal on Earth is? It’s a goldfish. You know why? Got a ten-second memory. Be a goldfish, Sam,” and “Roy, I learned two pretty big lessons on the rough and tumble playgrounds of Bookridge Elementary School. One, if little Ronnie Fouch offers you a candy bar, you immediately say no and get the hell out of there cause there’s a good chance that little son of a gun has pooped inside of a Butterfinger wrapper. No one ever saw him do it, but a couple people ate it. Number two, teacher tells a bully not to pick on someone, it’s just gonna make it worse.”

What have you been watching these days? Any recommendations?

88 COMMENTS
WRITE A COMMENT
Array ( )
Design
most popular
01
My Sister’s Home Makeover
02
What Are Your Top Three Books?
03
The Ultimate TV Guide (If You’re Looking for Something Great)
04
Catherine Newman’s House Is a Joyful Jumble of Books, Games and Cats
05
Behind the Scenes: Making a Magazine Cover
May We Suggest…
By Caroline Donofrio
Design
TV Shows: What’s Your Guilty Pleasure?
May 21, 2020

Please consider recapping comment sections and doing a tally when you ask questions to readers. It would be so helpful, even if you add it to the original post with a date of when you captured the data. Reader insights are so helpful, it’s like Amazon reviews.

Is anyone else watching Kim’s Convenience on Netflix??? It is the absolute perfect lighthearted escape in my day.

Couldn’t agree with this more! Writer/actor Rose Matafeo is just brilliant and it’s so swoony

YESS to all three of these! I just finished season 2 of This Way Up (chef’s kiss), and am re-watching the first season because I’m so sad it’s over. I recommend having Shazam or whatever song-finding app you use nearby while watching because there are lots of hot tracks that I added to my playlist.

‘I’m Sorry’ on Netflix. I haven’t loved a show this much since Schitt’s Creek!

FINALLY watching Schitts Creek, am I the only one left on earth? I am loving it. Ew DAVID

Yes! I can’t watch the last season because I don’t want it to end.

I watched HBO’s The Flight Attendant and Made for Love. Flight Attendant was eventually engaging but the character was incredibly unlikable for most of the series – of course that was the point, she’s a college-style ‘party girl’/alcoholic making alcoholic mistakes. Made for Love is super sexist, about an oppressed and disempowered trophy wife. Both were a bit irritating to watch but engineered to be watchable nonetheless. Or was I just torturing myself with crap tv? Not sure how I feel about the take on these two versions of “contemporary” woman. Were these shows written by men, or rather, for male executive approval?

I feel a tiny rant coming on: instead of feeling ‘honest’ both felt unironically, passive aggressively misogynistic and that was weird to experience in 2021. I mean, a “flight attendant”? Could she not have been a middle management account executive who also traveled a lot? Don’t flight attendants make minimum wage? How could she even pay for all those bar drinks on her income? lol
And the totally oppressed ‘slave wife’ was really a bizarre twist in 2021. It might have rung true in the 50’s but today? No tech billionaire of this generation would even consider such an unaccomplished partner. These were surely written for elderly male tv executives who are completely out of touch.

What’s wrong with making minimum wage? Or portraying a female that does? Or being a “flight attendant”? Not all women have fancy titles or make lots of money.

If you love these shows, you will LOVE Starstruck.

I am rewatching season 1 of Ted Lasso in anticipation of season 2. Just love, so very much, the way it proves that sweet-funny can be as great as mean-funny. Also, I Think You Should Leave is hilarious. Despite the language, we decided to show some of the sketches to our 9-year-old (including the one with the guy in the hot dog suit). It was nice to have a good family gut-laugh together.

So excited to see This Way Up is back!!

Am I the only person who didn’t like Ted Lasso? My partner and I ended up watching the whole season because of friends raving about it but we really didn’t like it!

Counting down for new seasons of Sex Education and Big Mouth.

Run the World on Starz is amazing!!

Watching The Pharmacist on Netflix right now about a pharmacist who investigates his son’s death, but it’s more than that. I am equal parts inspired and angry!

Just finished Lupin on Netflix. It was amazing and Omar Sy is so captivating.

It was so fun and enjoyable! That ending was so satisfying.

YES to Never Have I Ever season 2! I loved the first season so much.

Everything’s Going To Be OK, with Josh Thomas. And also his first show, the Australian one, but I can’t remember its name;) So quirky and heartfelt and weird and lovely.

I really enjoyed this past season of Mythic Quest – I felt it really found it’s stride. Highly recommend giving it a go, the cast is amazing and I love the storylines.

I’ve just finished up watching Atypical on Netflix which I loved and the ending was perfect.

My guilty pleasure shows at the moment High School Musical The Musical The Series and Dear Victor both on Disney Plus.

I’m actually not watching a huge amount of TV at the moment, due to starting work at a start up and at the end of the day I just scroll through videos on YouTube. I’m enjoying the Try Guys without a recipe videos which is what I would describe as organised chaos and teaches you how not to cook haha!

Atypical is so underrated… I am ready to rewatch all seasons with my partner.

All the love in the world for Ted Lasso! I’m super excited to get back into This Way Up as well.

We are Lady Parts!

Putting another vote in for Starstruck!

Yep, such a delight!

YES! Devoured the first season, can’t wait for the second. So perfect.

I tried very hard to spread this over two days instead of watching all at once!

We watched the first season of Ted Lasso after my husband’s first back surgery this spring (he’s since had another), and it was just what the Dr ordered, can’t wait for season two. We quote from it at least once a day, usually “it’s the hope that kills ya.” Yep.

If ever there was a show with a big heart and characters you truly care about.

I love the depiction of the dermatologist mom in Never Have I Ever! Love all of these shows.

“We are Lady Parts” might be the best show I’ve ever seen! It’s about an all-girl Muslim punk rock band in London. It’s hilarious and each show is only 20 minutes long (the season is 6 episodes). It’s all on youtube!

SAME. The writing, acting, production; everything was *chef’s kiss*! Bliss

Just rewatched the first season of Never Have I Ever in anticipation of the new season and it still made me laugh out loud. Can’t wait!

Recently really enjoyed Special after seeing it recommended on CoJ! Also finally caved and got Peacock so watched Girls5Eva and Rutherford Falls.

Another vote for Special on Netflix!

This Way Up, while very different from Fleabag, fills the same gap in my heart. So sarcastic and tender and coy. Love it.

Yes! I love all of these! We are on season 1 of This Way Up and can’t wait for Never Have I ever and Ted Lasso to return.

Also greatly enjoyed Hacks and Starstruck on HBO Max and Trying on AppleTV (a British couple finds out they’re infertile, decides to adopt … it’s so sweet and charming but also funny and I just loved it).

For non-streaming, Making It is back!