Finding My Own Expressions of Blackness 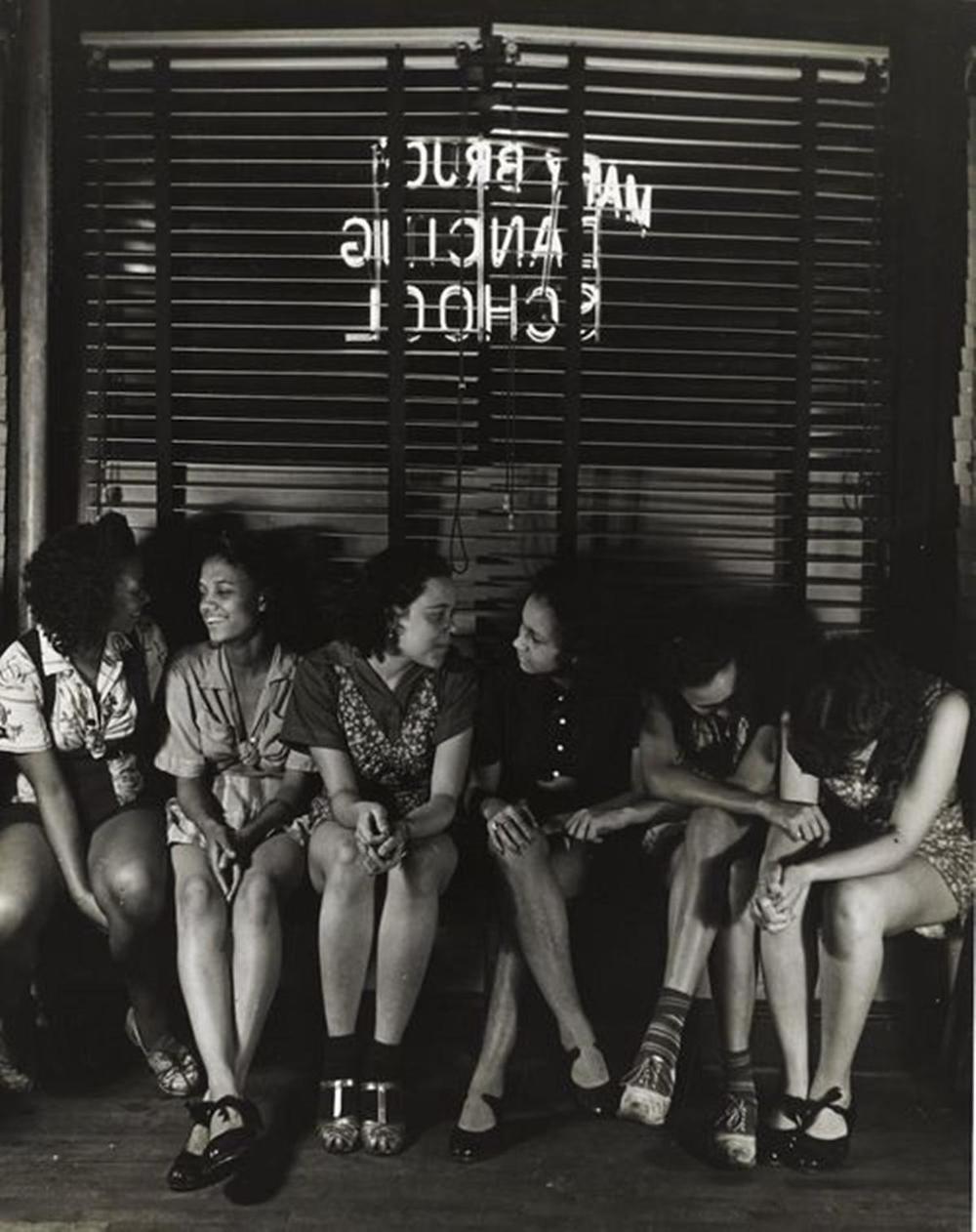 Growing up in predominantly white spaces was tough, not just because I was the only Black person in my classroom, but because I was constantly being told I was doing it wrong…

One of my first memories was in first grade. I was the middle of explaining my favorite part of the Lion King when I was interrupted by a classmate: “Why do you sound so…white?” I’m not sure what they expected me to say, but even at five, I was already used to hearing it. I heard it most often from various older family members, and at such a young age, I wasn’t equipped to properly defend myself. Thus began the complex relationship with who I was as a person, and who I was as a Black person.

I began to think I was inherently wrong — all wrong — everything single thing about me, and I kept it all to myself because I assumed every person I knew thought the same thing about me. I didn’t feel like I belonged anywhere.

I remember reading Ashley C. Ford’s story about embracing her beautiful Black body with her white boyfriend, and her unapologetic love for Kenny Loggins’s music, and clung to it. I read essays by Samantha Irby and Bassey Ikpi and healed layers of myself I didn’t know were wounded. I read Song of Myself by Walt Whitman to discover my inherent glory as a human being and listened to anthems by Lizzo, to know the worth of my bigger Black body.

It took me years into adulthood to fully come to terms with myself, to no longer be the shy cousin at family gatherings who didn’t speak much for fear of teasing, to dump white friends who relied on my discomfort as the “White Black Girl” of the group, for their entertainment. I started to make room for my own expressions of Blackness, which sometimes includes listening to the best of 90s Punk Rock. My Blackness doesn’t have to look like that of my Black colleagues, my mother’s, my father’s or my relatives who looked like me but didn’t sound like me. It is much less about learning how I should be and more about affirming the person I am, explaining her favorite part of The Lion King, uninterrupted.

P.S. How I feel right now as a Black woman and how Ashley Ford found her personal style.

Tags: race matters
123 COMMENTS
WRITE A COMMENT
Array ( )
Relationships
most popular
01
Seeing My Body With Fresh Eyes
02
11 Wedding Dos and Don’ts
03
How to Write a Condolence Note
04
A Love Letter to My Anti-Anxiety Medication
05
How to Be a Better Listener
May We Suggest…
By Christine Pride
Relationships
5 Things I Want to Tell My White Friends
June 23, 2020

197 COMMENTS
By Christine Pride
Relationships
Race Matters: “Can I End This Friendship?”
September 30, 2020

This is so beautiful and necessary❤❤❤

The last part of this piece – about how identity is about self-affirming who we are – especially spoke to me. Kim, thank you so much for sharing this1

lovely post kim! thank you for sharing. learning about your experiences growing up always gives me a lot of food for thought, and I’m in awe of the amazing things you are doing for yourself and others <3

I find it so interesting that there are other Black women like me, who grew up like me, who neither fully fit into “the white world” or “the black world” and are not biracial. WE are the community that we needed when we grew up in the 90s and early 2000s. When we tell our stories, my fervent prayer is that a little or teenage black girl will read them and internalize that she belongs somewhere to a community of Black women just like her.

As the “white black girl” in my friend group / family, this really resonated. Thank you for sharing!

Thanks for sharing, Kim ?

I loved reading this, thank you for sharing yourself with us. It definitely makes me think about the things that I might say without thinking that could make someone feel the way you did. It also makes me think more consciously about conversations with my kids as we figure out our place in the current climate and what we need to do to educate ourselves.

Loved reading this personal essay and loved this comment, because I’ve also been thinking A TON about my kids and how I’m talking to them about race. We are on our second kit from Ripple Reads (www.ripplereads.com) and it’s really helping make these conversations easy and fun!

Thank you so much for sharing this, Kim!

I love your posts, Kim!

Hurrah, another post from Kim! Always makes my day when I see another story from Kim is up.

Omgosh, thank you for writing & sharing this! So much is packed into a succinct, beautiful piece. I feel like I should read it several times just to absorb the layered ideas.

Kim–you are PREACHING TO ME! I’m from a town in Mississippi and was the only black kid in my class for years in a small private christian school. by the time I got to high school, I was too white for black kids and still reminded that I was black by white kids—-not to mention extended family commenting on my “whiteness” as well.

It has been quite the road as a young adult and onward to take ownership of my black womanhood and know I don’t have to perform anything for anyone. I wish I had known back then that I was not alone!

Kim, thank you so much for your generousity in sharing this.

YES to ALL OF THIS! Thank you!

Hi Kim — thank you for sharing your experiences with us. I especially liked the part you wrote about clinging to Ashley’s essay — it’s a reminder of how important represented thru writing or media or pop culture is. Your essay “My First Date Was At Age 30” has been that for me. I felt so seen in a way I didn’t realize I needed and it has been a personal touchpoint for me all year as I embrace that I’m a late bloomer (27!) but that that notion doesn’t need to keep me under a label — we are the stories we tell ourselves and can all bloom whenever feels right (and perhaps that’s never for some people!). We’re constantly become exactly who we’re supposed to be. Sending love and light always!

Your willingness to lay bare the processes of healing is remarkable and I always enjoy reading your posts! Congrats on the promotion :) Can we have a socially distant meet up of cup of jo readers in the Brooklyn area? You guys just sound like great people to meet!

I am Indigenous Sami, and I feel this so much! Jeffrey Sissons calls it “oppressive authenticy”, when you dont meet the demands of authentic behaviour which is expected of you, based on colour/ethnicity. Thank you for sharing!

I really like your point of view Kim! Thanks for this post. Cheers to the Walt Whitman reference – I also gained quite a bit of self discovery through his work.

I really want to know your favorite part of the lion king – please tell!

oh definitely when Simba is talking to Mufasa in the clouds. Loved the drama of that moment haha xoxo

Same! Thanks for asking Cate.

And amazing Kim that your favorite part is when Mufasa is saying “remember who you are!”

Deeply appreciate this post. As a white person it is important to hear voices like Kim’s and make sure others hear these powerful points of view and to prop them up. Thank you Kim, and thank you Cup Of Jo.

As a white woman who has made some of the mistakes you wrote about, thank you so much for sharing this deeply vulnerable piece. I’m sure many of us will keep making mistakes and dropping the ball. This piece is another reminder of why we must keep fighting when it’s uncomfortable or feels easier to stop

These topics on race are perhaps not the posts that attract the most comments, and I want Kim and COJ to know these are appreciated and welcome. I hope that as society (at least in the West) moves beyond gender/sexual/etc. constrictions, we also do the same with race. I hope we come to define and view POC as whole and complex people. I hope you continue to write about whatever you want!

Thank you, Kim. I look forward to all of your posts, and particularly the ones where you have clearly poured so much of yourself into the words. As a white woman in mostly white spaces, I gain so much from hearing about your lived experience and really appreciate your willingness to share. Big hugs to you!

What a fantastic piece. I love it.

Kim, this essay felt so intimate. I love being able to read your voice.