How I Feel Right Now as a Black Woman 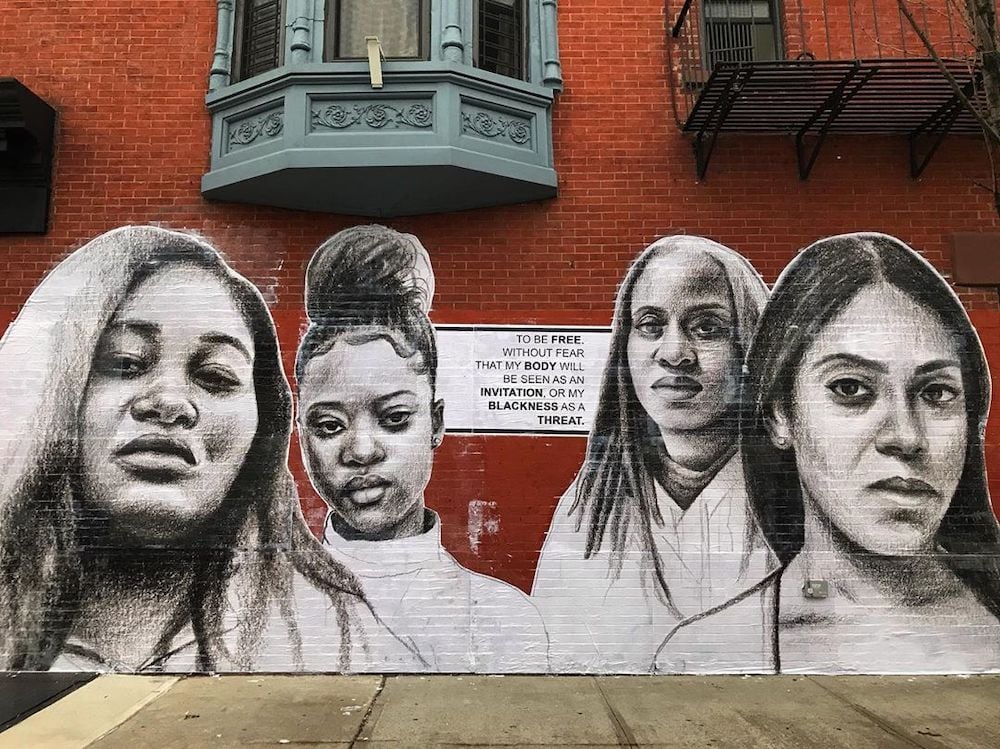 Last week was the longest week of my life…

As I sat on the couch paralyzed with anxiety, scrolling through photos of police officers with their guns pointed at children protesting with their parents, and pepper spraying non-violent protestors, a text came from my boyfriend’s mom: “Is Kim with you? Keep her safe.” Keep her safe. It struck me that I’d never viewed my Blackness as something worth keeping safe. It was always something people felt they had to work around, a discomfort, a challenge.

I grew up in a white suburb in Oklahoma, with a “very good school system” that somehow neglected to teach me about the Tulsa Race Massacre. It was the largest in our country’s history at that time, and had occurred not even 15 miles from where we sat, but it was only mentioned here and there. Black Oklahomans were told, “It’s our state’s shame. No one wants to address it,” and it sounded more and more like indifference the older I got.

I had mostly white friends growing up and I was always that person’s only Black friend, or one of two. There were a range of responses to this, but I found that a lot of them didn’t know what to do with me. When people aren’t used to you, or see your identity as an obstacle, things get reductive. I didn’t match the monolith they saw in the media, so they made up their minds of what I should be: “You’re like the whitest Black person I know!” “I always forget that you’re Black!” “You’re so cool, but if I ever tried to date a Black guy my parents would disown me!” In a friend group from just a few years ago, one person in particular couldn’t help but communicate with me through microaggressions shrouded in light-heartedness. “We need a category for Black people like you, Kim…it just doesn’t make sense that you like rock music and talk the way you do.” Sometimes I would even add to the punchline, to earn my presence with the group.

Last week as protests erupted across all 50 states, the immediate response to injustice astonished me. I couldn’t believe the swiftness with which white people not only acknowledged racism but repeated the words, “Black lives matter” — not just the message of “Equality for all” but an acknowledgment of systemic racism against Black people, and how it has damaged, degraded and killed us. A parade of well-meaning texts streamed through my phone: “What can I do?” “What should I read?” “What’s the best way to teach my children to be anti-racist?” Their reactions begged the question, “Why are you just now thinking about these things?”

I sat on the couch, caught between fits of anxiety and waves of fatigue. Leaving the apartment felt unsafe. Even our daily walks which I’d grown to cherish felt like too much of a risk. I thought of Ahmaud Arbery. My boyfriend Steve had already gone to a couple of protests and I wanted to join him, but my body’s instinct told me, “No. Stay here. Stay safe.” My resistance, it seemed, was to keep myself alive. Eat, wash my face, brush my teeth, drink water. I did what I felt I could from where I was. I posted on social media, shared my experiences, read as much of the news as I could stomach, then took a break. As I tried fruitlessly to lower my anxiety, Steve’s unrest bloomed as he sat on the couch next to me. I felt conflicted — I wanted to calm him, but needed to calm myself more. There was almost no getting around talking or thinking about it. It reminded me of right before quarantine when you couldn’t walk down the street without hearing someone talk about the “new Coronavirus.”

One night, I crumbled under the weight of feeling trapped — in my apartment, in my body. “This is too much,” I said sobbing into Steve’s shoulder. He didn’t sleep all night, while my exhausted body couldn’t help but fall into deep sleep until the next morning.

I’ve never witnessed this level of allyship and commitment to change before. Besides the hope I feel, I have reservations and questions. Why is it that Black people are now seen as people? Why is it so hard to believe us, even with visual proof? Even without it? Why were 11,000 people arrested last week, but not one of them any of the officers who killed Breonna Taylor? Why must Black people be extreme to be seen — murdered, a hashtag, a Tik Tok star, the first Black president? It seems like we are either unnoticed or we are larger than life — there is no designated space for being just human. We are people. We have stories and favorite memories and laughter and routines and plans for next weekend. Why is this up for debate?

When quarantine lifts, I will take the train to work, to a very rich, very white, “liberal” part of the city. Everyone who lives there probably voted for Obama — twice — and yet will still look at me like, “What are you doing here?” And just like every day before, I’ll fight for my sense of belonging, my humanity, my right to take up space. We’ve got some work to do.

(Photo and mural by Tatyana Fazlalizadeh.)

By Joanna Goddard
Relationships
Four Things to Do to Get Ready to Vote in Midterms
October 29, 2018

224 COMMENTS
By Joanna Goddard
Relationships
On Becoming Anti-Racist
May 28, 2020