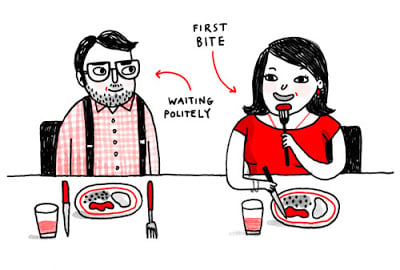 Cup of Jo has been running for 13 years (!), so we’ve decided that every week, we’ll be highlighting a popular post from the past. Here’s one of our favorites, originally published on April 11, 2012…

I’ve always been fascinated by etiquette, including which fork to use and where to put your napkin when you leave the table. Of course, it doesn’t really matter, but it can make you feel more confident. So, here’s a handy guide to eating dinner, illustrated by the fantastic Gemma Correll…

If you’re a guest at a dinner party (pictured above), wait to start eating until the host takes his or her first bite (unless they absolutely insist that you start). 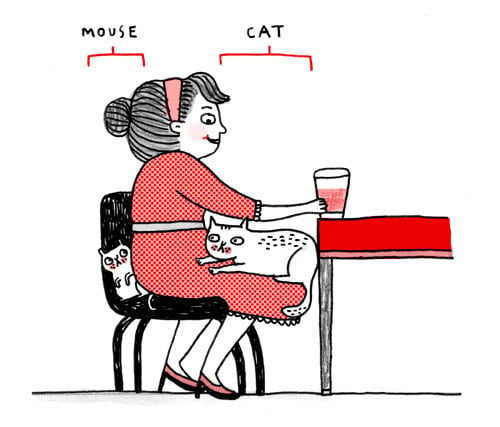 A funny tip that my grandparents used to tell us: The way to sit in your chair is to pretend a cat is in front of you, a mouse is behind. 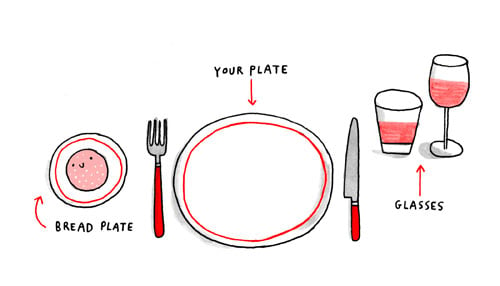 Your wine and water glasses are to the RIGHT of your plate. Your bread plate is to the LEFT of your plate. If you remember that, you’ll never drink someone’s water or eat their bread again! (A genius tip from readers: To remember the order of the place setting, think “BMW” — for bread, then meal, then water.) 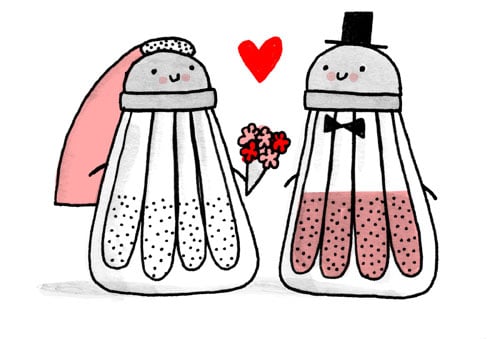 Surprisingly, salt and pepper should be passed together, even if someone asks only for one. They’re considered “married!” 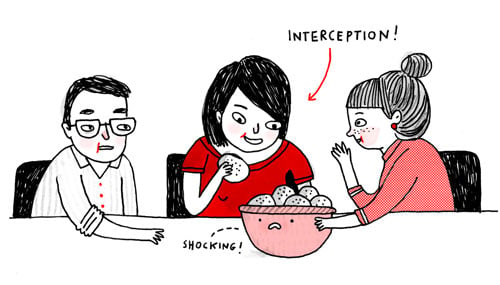 Never intercept a pass. For example, don’t snag a roll out of the bread basket when it’s on the way to someone else. (You’ll just have to ask them to pass the basket right back!) 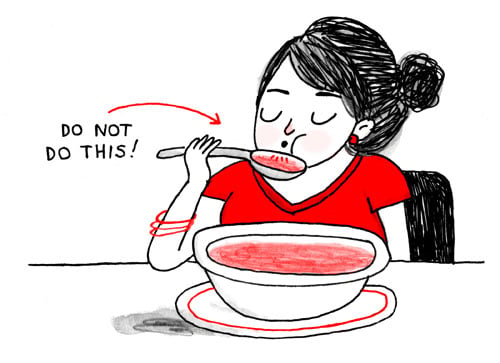 Scoop your soup with your spoon tilted *away* from you. And surprise! It’s fine to tilt the bowl slightly away from you to get the last drop of soup. But never blow on your soup or food. Even if it’s piping hot!

Always taste your food before putting on salt and pepper. It’s considered rude to assume the food is under-seasoned before tasting it. 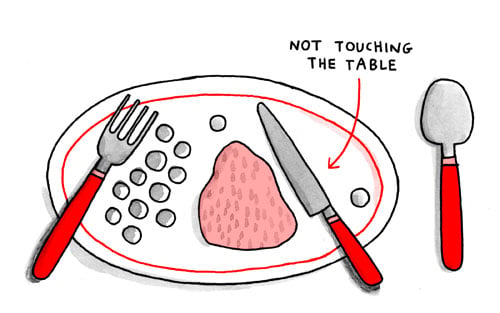 Once you’ve picked up a utensil, it should never touch the table again. You want your utensils to rest fully on the edge of your plate. (“No oars!” gasp the experts.) 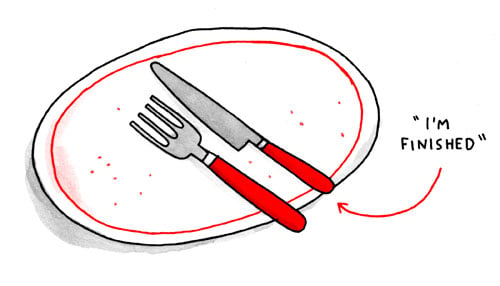 When you are finished with your meal, your knife and fork should be placed on your plate diagonally from upper left to lower right (11 to 5 if you imagine your plate as a clock face). This is a secret code to the waiter (or host) that you’re finished. 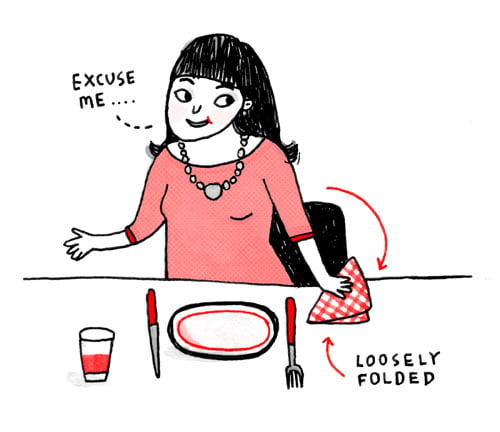 If you go to the restroom — or if you’re getting up at the end of the meal — just put your napkin to the left of your plate, loosely folded.

(Illustrations by the amazing Gemma Correll for Cup of Jo)

By Joanna Goddard
Food
What Birthday Cake Do You Like?
January 24, 2019