How One Couple Lives Separately, Together 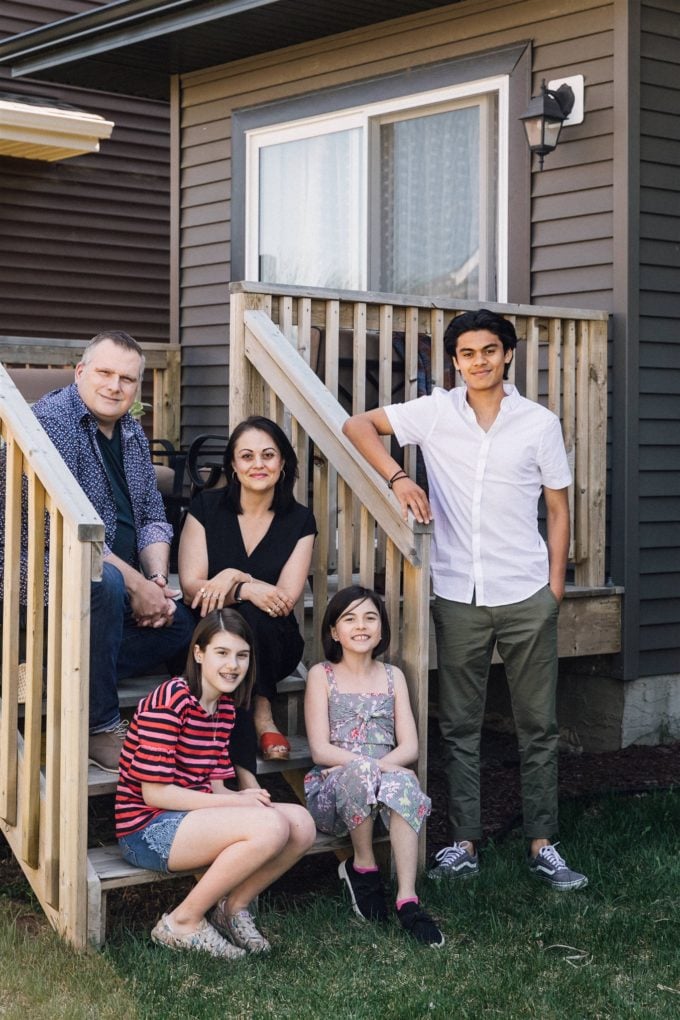 For anyone currently in a live-in relationship, have you ever secretly wished for a room (or, say, a whole home) of your own? Cup of Jo reader Cecilia Latorre and her partner Gerry live in Edmonton, Canada, in two homes joined in the middle — a non-traditional arrangement that works perfectly for their blended family. “When we first talked about moving in together, I’d say in jest, ‘Side-by-side houses, wouldn’t that be great?’” says Cecilia. “To which he’d respond, ‘Yeah, but we’re never going to find that!’” Until they did… 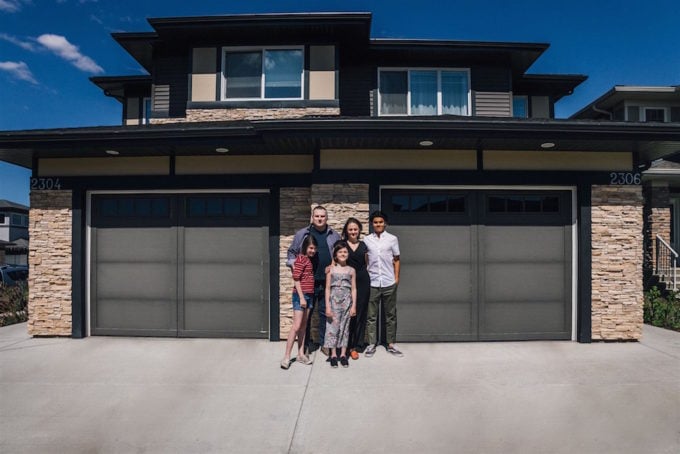 Cecilia and Gerry met in December 2013. As they grew more serious, the couple talked about moving in together, along with their four children (Cecilia’s daughter Maite, 20, and son Javier, 17; and Gerry’s daughters Elise, 12, and Claire, 10). One day, while on vacation, Cecilia told Jerry, “I’d love to live alone, together.” He was open to the idea, so Cecilia googled ‘Edmonton side-by-side houses’ and their current home popped up. “As soon as I saw it, I was like, ‘Oh, my god, there it is.’ We moved in last December.” 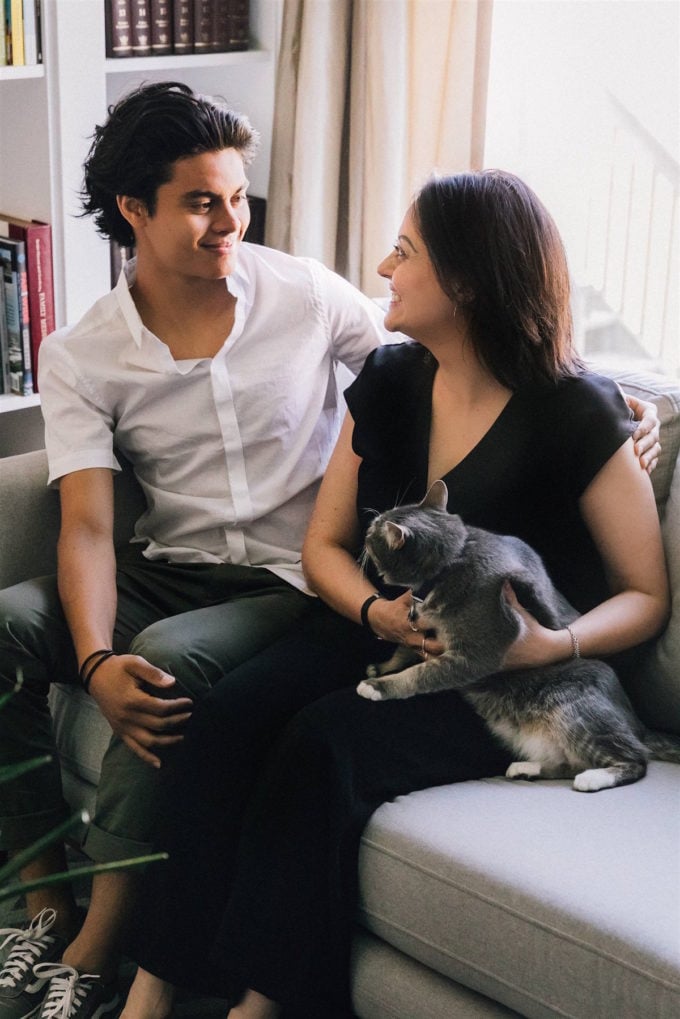 Javier, 17, Cecilia, and Paisley the cat, who live in the right-side house

At first, people were confused by their new arrangement. “When we told friends and relatives, they had lots of questions,” Cecilia says. “‘Are you separating? What does this mean?’ We just explained that it worked best for our family.” 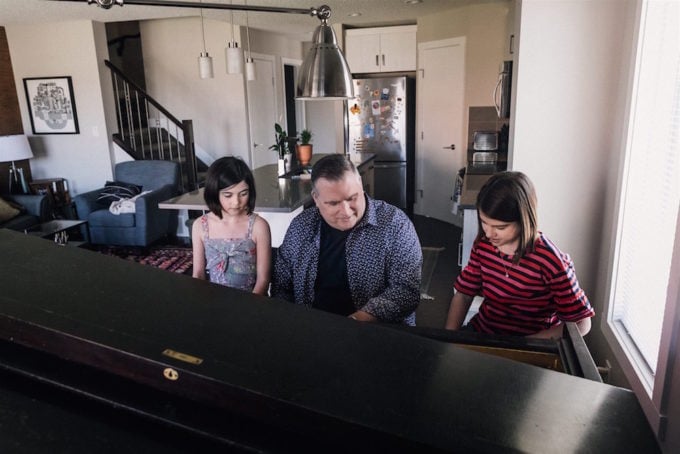 Gerry with daughters Claire, 10, and Elise, 12, who live in the left-side house

After a couple months, the family settled into a routine. “In the evening, Gerry eats dinner with the girls, then I’ll go over after dinner, for tea,” says Cecilia. “We create specific pockets of quality time as a family.” 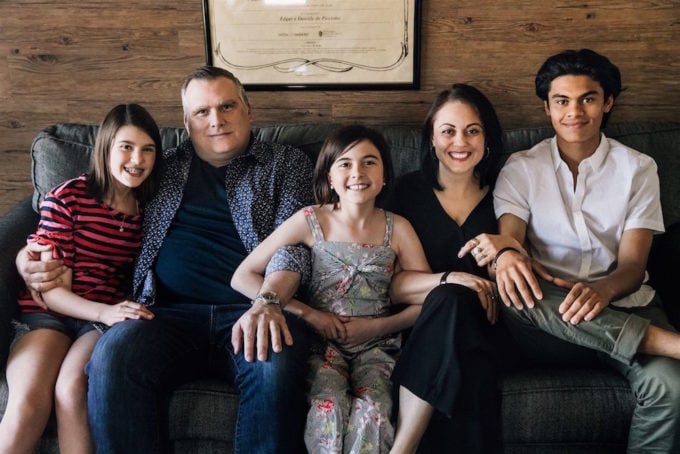 The family also does game nights — usually Jenga or Trivial Pursuit — and they have holiday traditions. “On Christmas Eve, the kids form teams, and each pair builds a gingerbread house. Once the house is built, they have to convince us to ‘invest’ in their houses, giving reasons why theirs is the best. It’s sort of like Shark Tank,” laughs Cecilia. “In the end, of course, they both win.” Even though the kids are pretty far apart in age, they all get along. Javier babysits the younger kids, and they’ll ride bikes together. 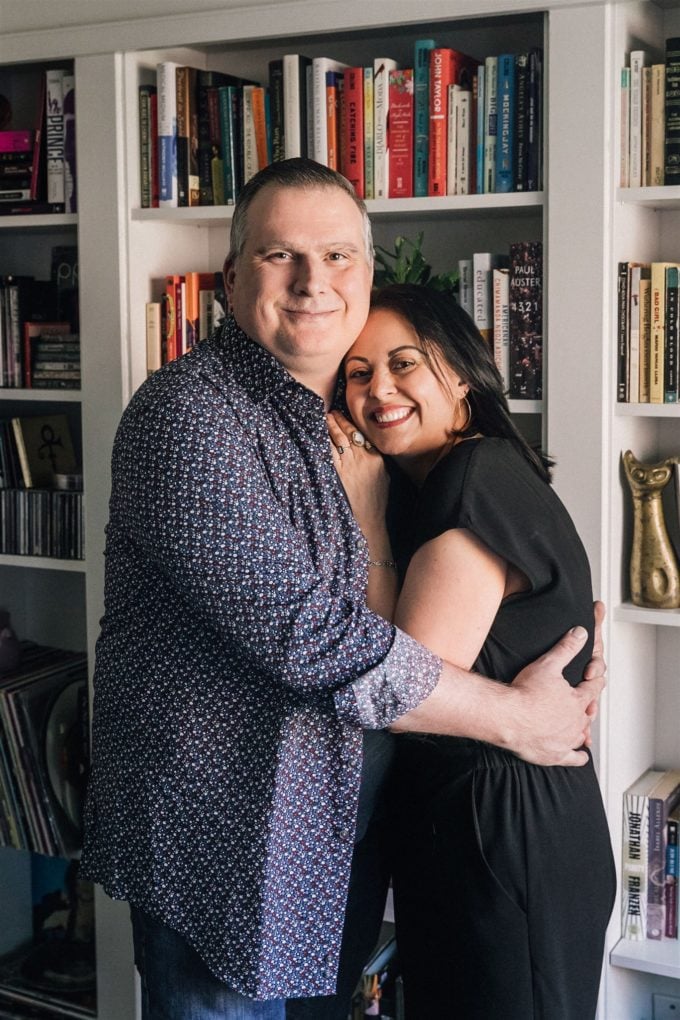 Cecilia and Gerry say the decision has been great for their own relationship. “I’m super tidy — that’s my zen. Gerry loves that he can come home and put his keys wherever he wants without someone telling him otherwise. He’ll have hockey nights at home, where he can knock himself out watching sports, while I’ll be on my side, watching Catastrophe.” Cecilia also swears by the separate sleeping arrangements. “When I get into my bed every day, I give thanks. I sleep with three comforters and socks, and Jerry sleeps with a fan and just a sheet. Before, one of us would be hot or cold, and now we can each do our thing. The intimacy is still there. We make time for each other, and then when it’s time for sleep, we’re like, ‘Bye!’” 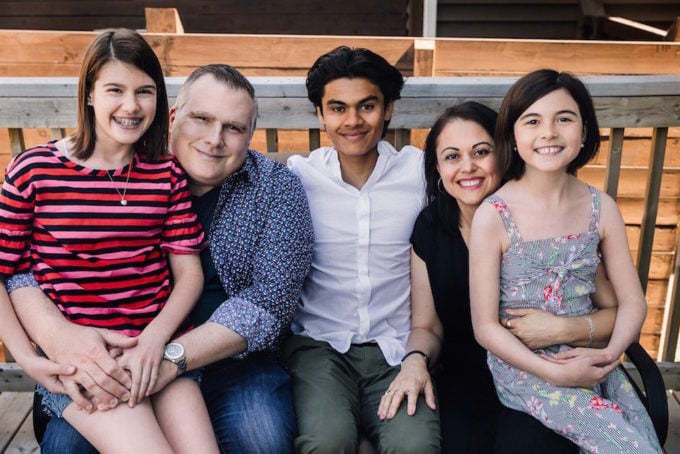 We always love learning about different living arrangements, whether it’s living alone, two families sharing one house, or having separate bedrooms. After all, sometimes the unexpected path turns out to be the perfect one for you. “In life, there are often so many places you never thought you’d be,” Cecilia says. “I couldn’t have predicted this, but we love it!”

Thank you so much, Cecilia! Your family seems wonderful.

(Photos by Janine Rose for Cup of Jo.)