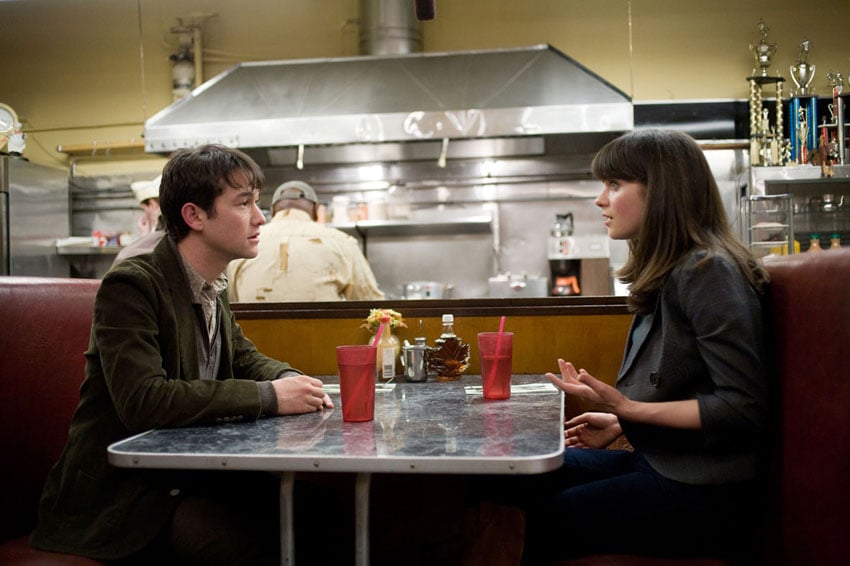 Have you ever gone through an epic breakup? For our best reader comments series, here are 10 wise thoughts on everything from following your gut to the #1 thing to do when you’re single…

“When my heart was broken, and by broken I mean hit-by-a-truck devastation, I saw an article somewhere that said science had proven that heartache and grief were legitimate forms of measurable physical pain that were greatly helped by painkillers, even if just two aspirin. So, I would go as far through the day as I could and when I was too overcome to continue, I’d give myself permission to take two aspirin and go to bed. And it helped so much.” – Saranis

On time being the ultimate healer:

“In my late 20s, I lived with someone for four years. I assumed he was going to be my life partner. One morning while reading the news, without looking up, he said, ‘I don’t want to live with you anymore.’ I thought the world had ended. About 20 years later, I was having lunch, catching up with a few friends from that era. Their conversation turned to him and what he may be doing now. I COULD NOT EVEN REMEMBER HIS LAST NAME. One foot had gone in front of the other until when I looked back over my shoulder, I had truly moved on. We had a good laugh.” – Lori Marie

On being a support system:

“A friend of mine went through a terrible breakup. Six weeks afterward, I mailed her a card letting her know how much her friendship meant to me and that I knew she’d find love again. I think that people tend to stick by you in the first couple days or weeks, and then expect you to move on as they move on with their own lives, so I wanted to give extra support a few weeks out.” – Teeny

On getting back in the dating game:

“A few years ago, I was recently back on the market after a tough breakup, one that shattered my confidence. Before any first date, I would call my friend to workshop my outfit, talk through my jitters and leverage her kick-ass attitude to psych myself up. I remember before one particularly nerve-wrecking date, saying, ‘I just really hope he likes me,’ to which she brilliantly replied, ‘That’s ridiculous. You should really hope that you like him.’” – Elizabeth

“Cup of Jo did a post years ago about Bario Neal rings, and I fell in love with one but didn’t want to buy a ring for myself. Now, in the middle of my divorce, with my left ring finger feeling like a painful, naked reminder of my loss and failure, I remembered that ring and the way it made me feel when I saw it so many years ago. I dug through your old posts and found a photo of the ring. I contacted Bario Neal (who doesn’t even make the ring anymore) and they agreed to custom make it! It came in the mail three weeks ago, and now, every time I look down at my hand or nervously reach over to spin my missing wedding band, I touch this beautiful reminder of who I was before and feel a little hope for how I’m going to get her back and grow into more of who I want to be.” – AMB

“I went through a rough breakup after a five-year relationship. I found that buying new music and walking around San Francisco whilst listening to said music made me feel much better. It’s always nice to start a new ‘soundtrack’ during a rough transition.” – Rachel

On what defines you:

“I got divorced last year and something a friend told me stuck with me. When I described myself as ‘divorced,’ she said, ‘No…you’re single. You got a divorce, but it’s not what defines you.’ That helped me feel freed from the scarlet letter I felt I was walking around with.” – MM

On envisioning a new future:

“Early in the process, my lovely therapist helped me articulate a metaphor: I was trapped in a dark and twisty forest, but on the other side of a thorny wall was a beautiful meadow with butterflies and flowers. I wasn’t afraid of life after divorce, just afraid of the pain of getting to the other side of the wall: telling my parents, finding a lawyer and walking into an empty house. Keeping that hopeful image in my head made it easier to cut through the barriers one at a time, because I knew freedom and joy and peace were on the other side. One year out, I’m grateful to say that life in the meadow is lovelier than I dared to dream it would be.” – Janelle

“I spent my college years moving from one intense relationship to the next, and I wish that I had dated myself during those formative years instead. Finally, after a big breakup, I decided I’d spend time pursuing my own goals. I DIY-ed projects in my home! I began long distance running for the first time and ran a few of half marathons! I read books! I killed it in my career! I traveled and met up with friends for long coffee dates on Saturday mornings. I was, of course, secretly willing to break my dating hiatus if I met someone amazing, but I had a good thing going. Knowing that I loved being alone was amazing for my confidence.” – Jess

“My best friend and I spent a month or two touring all the gyms in the city getting one-week passes for each. It was an amazing way to get over my breakup! We spent the rest of the winter working out and using saunas and steam rooms. I heard working out releases the same chemicals as you do when you are in love. It really, really helped.” – Joell

What advice would you add?

By Joanna Goddard
Relationships
In Which I Ran Into My Ex-Boyfriend
August 8, 2019