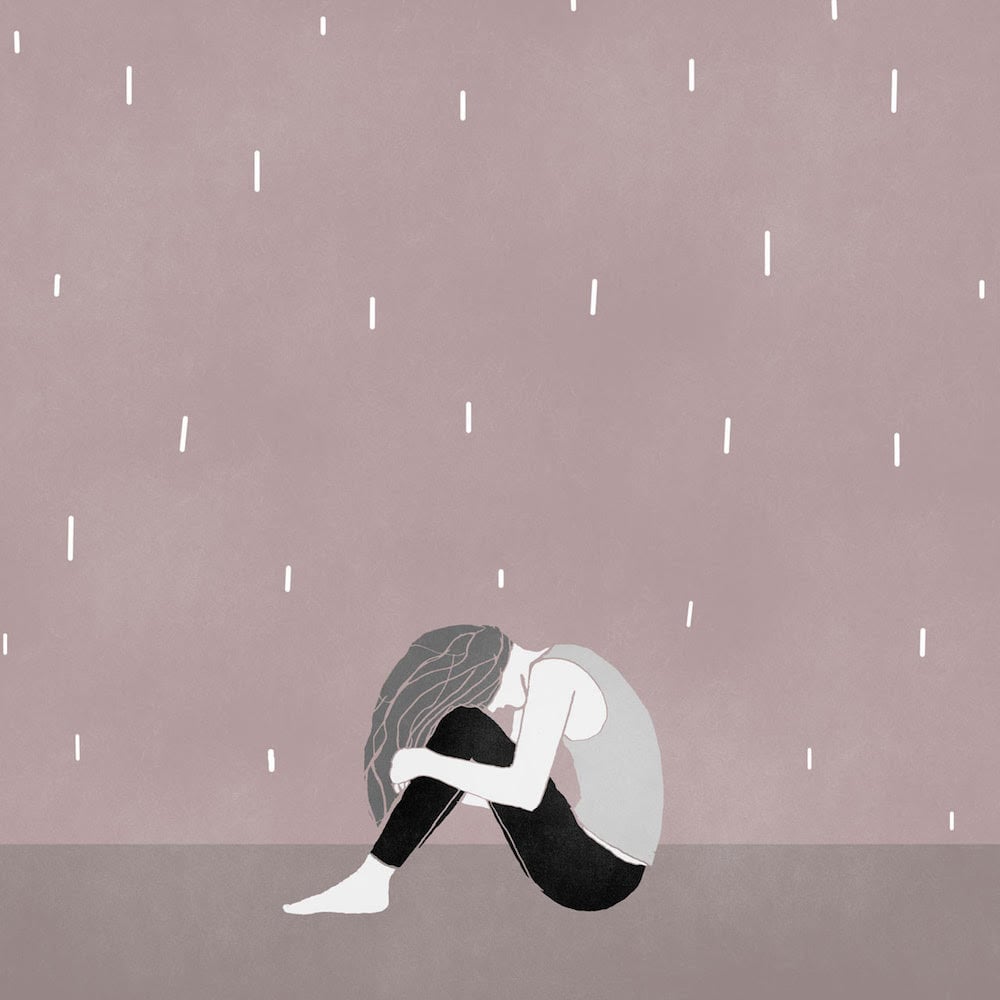 A couple weeks ago, I started crying to Alex at the kitchen counter…

I felt the monkey of depression on my back. “I think it’s coming,” I wept to Alex, as he stood by the stove. “What do I do?” In the five years since I’d experienced postpartum depression — with Toby and then worse with Anton — I’d felt like regular myself again, but now and again, I’d feel a glimpse of it.

Recently, after Anton got sick, and Toby got hurt, and everyday challenges continued, I began feeling down. But in a dark, flat way that gave me chills. I felt exhausted all day; I had a hard time making decisions; I felt boring around friends.

Thankfully the feelings passed after a week, but it was terrifying to see the shadow roll by.

When I read this week that Kate Spade died from suicide, my heart broke for her and her family. There are many misconceptions, and it feels more critical than ever to talk openly about mental health. Since suicide can seem especially hard to understand, I thought I’d share five smart points I’ve read (and I’d love to hear your thoughts):

1. Depression is a disease, not a personality trait.

“Even though science has proven it a million times over, our culture doesn’t yet fully recognize that MENTAL ILLNESS IS A BRAIN DISEASE, just like hepatitis is a liver disease. Depression (and bipolar disorder and schizophrenia and everything else) affects our brain — the organ we use to make decisions. If you’re suffering from suicidal depression, it doesn’t matter how beloved you are or how much you love your family or how much money you have, because your brain is telling you that despite all those things, suicide is your only option. (Or that you need to isolate yourself, sleep all day or other behavior that a healthy brain would recognize as bad decisions.) This is one reason mental illness is so deadly: the part of our body that’s affected is the same part that’s responsible for our behavior. It’s like if you broke your leg and then had to use that leg to walk to the hospital… Depression is an ILLNESS. It’s not weakness. It’s not your fault. And it’s impossible to think or reason your way out of it without help, due to the part of your body that’s ill.” — Emily McDowell

“[Some] imply that they know what it is like to be depressed because they have gone through a divorce, lost a job, or broken up with someone. But these experiences carry with them feelings. Depression, instead, is flat, hollow and unendurable.” – Kay Redfield Jamison

“It is very hard to explain to people who have never known serious depression or anxiety the sheer continuous intensity of it. There is no off switch.” — Matt Haig

“Is there no way out of the mind?” — Sylvia Plath

3. People who die from suicide don’t want to die.

A person doesn’t try to end her life “because death seems suddenly appealing. The person in whom its invisible agony reaches a certain unendurable level will kill herself the same way a trapped person will eventually jump from the window of a burning high-rise. Make no mistake about people who leap from burning windows. Their terror of falling from a great height is still just as great as it would be for you or me standing speculatively at the same window just checking out the view; i.e. the fear of falling remains a constant. The variable here is the other terror, the fire’s flames: when the flames get close enough, falling to death becomes the slightly less terrible of two terrors.” – David Foster Wallace

4. There’s nothing selfish about suicide.

Some people say that “it’s selfish to leave children, spouses and other family members behind… What they don’t know is that those very loved ones are the reason many people hang on for just one more day. They do think about the survivors, probably up until the very last moment in many cases. But the soul-crushing depression that envelops them leaves them feeling like there is no alternative. Like the only way to get out is to opt out. And that is a devastating thought to endure.” — Katie Hurley.

“It doesn’t feel like you’re abandoning [your loved ones]; it feels like you’re freeing them from the burden that is you and your illness. You feel like you are doing the world a service by leaving it.” — Jen Simon

Sending so much love to anyone who needs it today. YOU ARE NOT ALONE. Things can and will get better. I encourage you to reach out for help. xoxo

P.S. Wholeness vs. happiness, and a runner’s thoughts on depression.