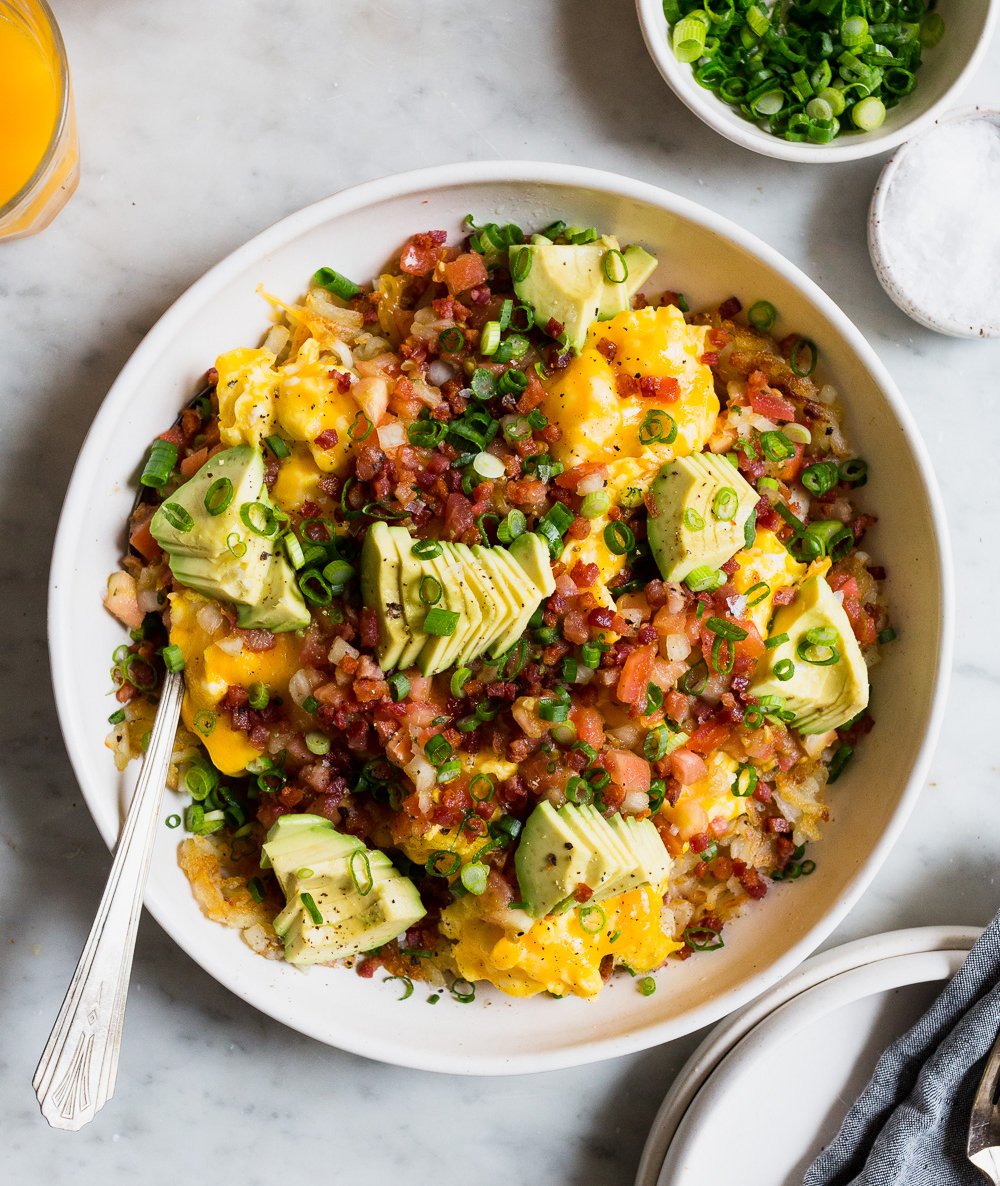 Earlier this winter, I went upstate with a group of female friends. For breakfast, our pal Erin Jang busted out the most delicious egg scramble with only a handful of Trader Joe’s ingredients. So, to kick off a month of Trader Joe’s meal hacks, she’s sharing her “recipe” with hash browns and pancetta… 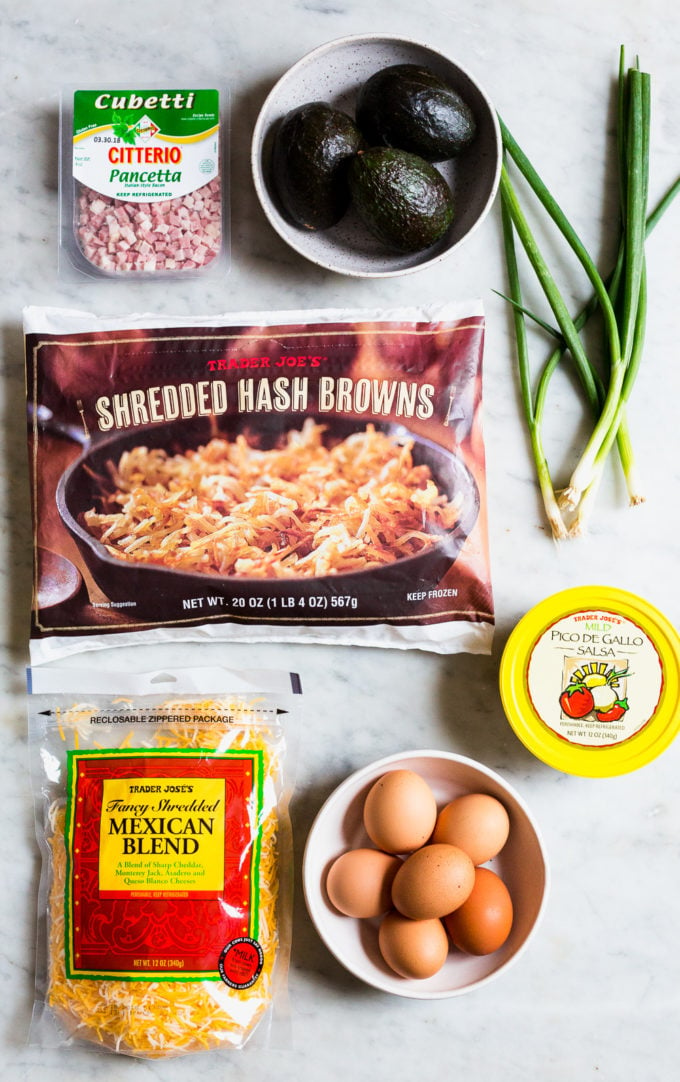 Fry a bag of frozen hash browns in a pan with cooking oil. Cook until brown and crispy. Layer on the bottom of a big dish.

Cook cubed pancetta in a hot pan. Remove crispy pancetta (reserve the oil from cooked pancetta) and put on a plate with a paper towel to absorb extra grease.

In the pancetta oil, cook eggs. Scramble lightly and season with salt and pepper.

Turn off the heat when the eggs are almost done, and sprinkle a layer of grated cheese on the eggs. Cover the pan with a lid for a few minutes until the cheese is melted.

Use a spatula to layer the cheesy eggs onto the hash browns. Sprinkle crispy pancetta on top.

Layer with big spoonfuls of pico de gallo (minus the liquid so the dish doesn’t get watery), avocado and thinly sliced scallions on top. 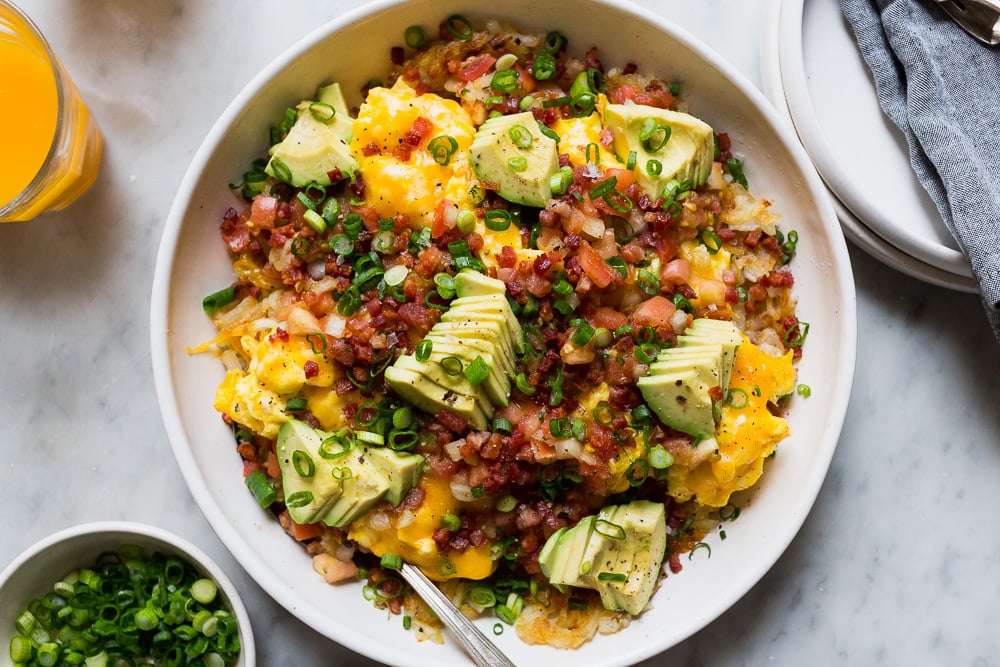 Thanks so much, Erin!

So easy, right? What Trader Joe’s hacks do you have?