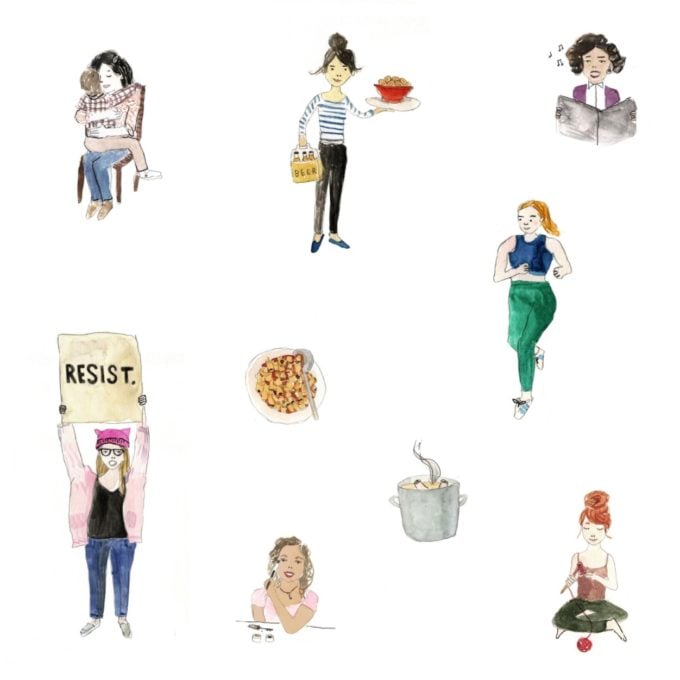 2017 has been a year full of major ups and downs (understatement), but as we look back, I’m wondering: What did you learn? Whether it’s something big, small, profound or funny, I’m curious to know what you’ll be taking away. We asked 12 women we love to share their answers, and please add yours…

“When I read this post about the crappy dinner party, I let out an audible ‘ahhhh.’ The idea: Stop making having friends over for a meal such a thing — a thing that requires three cheeses to start, and a homemade dessert to finish. I now feel much better about gathering around my small kitchen table. People linger! It’s chill! It’s cheaper! It just feels nice to be at home. I’ve put simple recipes on repeat, like this one-pan salmon dish and an eggplant cheesecake that sounds more complicated than it is. Oh, and I’ve also learned that people are just as happy when you put out bowls of olives and chips instead of that schmancy comté that requires its own trip to the grocery.” — Erica Cerulo, co-founder, Of a Kind

“This year was pretty hard, and I feel like I’m still mid-lesson. I had three miscarriages, which seems so absurd and tragic that I still don’t know how to process it. January, May, September. I haven’t written about them, I haven’t really talked about them, because every time I start to, I feel a bit like I’m drowning and I need to get my brain back to dry land. So, this year taught me… that some years are harder than others.” — Gemma Burgess, screenwriter

“I learned how to do a smokey eye — at age 31! I was a very late bloomer to makeup (first put on eyeliner at age 26) and I’ve spent so much money and time on YouTube trying to figure out the tricks most women learned in middle school. This year, I threw up my hands and spent $100 on a makeup lesson. I just came in and said, ‘Teach me how to look less sleepy in the mornings, and how to put on eye shadow.’ I wish I’d done this years ago! The instructor did half my face, and I did the other half. The whole time, I was like, ‘I am capable of doing this? To my own face?’ Side note: I also learned the ‘good side’ of my face for photos. Someone told me an easy way to figure it out — it’s the side with the most hair! Now I’ve become quite the diva in photos.” — Mari Andrew, illustrator

“I’m a terrible perfectionist. Of course, that doesn’t mean I’m actually perfect — it just means I drive myself crazy trying to do everything perfectly all the time. If my apartment is messy, then I’m a monstrous slob. If I use my phone in bed, then I’m a technology addict. I don’t know what happened this year, but I’ve learned to let it the fuck go. Sure, I don’t want to be hooked on my phone, but it’s not a crime to mellow out with some Words With Friends. Who cares if that T-shirt’s been on the floor for three days? Eventually, it’ll make it into the laundry bin. Honestly, there are so many things to be stressed out about already. Learning to stop inventing additional stress for myself has been one of the all-time greatest lessons. I’m still not perfect at letting it go (obviously), but I’m trying, and that’s good enough.” — Kelsey Miller, writer

“During a toddler tantrum, when emotions are running high on both sides, I learned to diffuse the tension by asking for a hug. We both genuinely need one, and it helps take everything down a notch.” — Courtney Klein, founder of Storq

“We’re often told that saying ‘yes’ to everything is the key to happiness. Shonda Rhimes has her ‘year of yes,’ Google’s Eric Schmidt gave a much-quoted commencement speech where he told graduates to ‘find a way to say yes to things,’ and the internet is littered with lists. But the most important thing I learned in 2017 was that saying no was sometimes better. Here’s an example: My husband and I have been doing IVF for almost two years now, and I’ve realized that hanging out with more than one mom at a time makes me feel left out and sad. Instead of grinning and bearing it, I’ve learned to be honest and say no to those situations. I’m not saying to be selfish, but women tend to be conditioned to always put other people’s feelings before their own — and saying no is actually just a way of putting yourself first when you need it the most.” — Doree Shafrir, author of Startup

“I joined the Resistance Revival Chorus. Nothing like singing with 30+ other women to lift the spirits.” — Brooke Williams, photographer and activist

“After maintaining a three-mile-a-day running habit for nearly a decade, I finally took on the NYC Marathon. Everything involved in training felt like some larger life lesson — I was essentially a walking Pinterest board full of inspirational mantras. But one thing that took me by surprise was how much it taught me to appreciate something simple about my body: basically, that it works. I run for my mental health — it’s the most effective antidepressant I’ve tried. Testing my physical limits with marathon training was a reminder that all it would take was one injury to cut that off. That not only motivated me to do all the boring recovery stuff like stretching and the dreaded foam-rolling, but it also helped me push through tough moments. I would constantly remind myself, ‘I am so lucky to be able to do this.'” — Claire Mazur, co-founder, Of a Kind

“To speak frankly, as a sexual assault survivor, I am worn down every day by new allegations of sexual assault. It’s exhausting, triggering, and very painful to read the news. I know I am not alone in this feeling. A huge percentage of our population has been carrying the weight of these things our whole lives, and now it’s out in the open all the time. What gives me hope is the amount of women of color and LGBT politicians running, winning, and holding office! Danica Roem. Kamala Harris. Tammy Duckworth. These people are inspirational with strong moral compasses and are worthy of our hopefulness.” — Clare Lyons, labor and delivery nurse

“I learned how to make the perfect six-and-a-half-minute egg. I use the Bon Appetit method, adding my eggs to a pot of boiling water, lowering to a rapid simmer, and cooking for EXACTLY that amount of time — not a second more or less — then I immediately plunge them into ice water to stop the cooking. The result is a gooey yolk and perfectly firm-tender whites, with no milky run-off. In theory, eggs cooked this way shouldn’t be that much more satisfying than a hard-boiled egg, but they are, by about a million times. Add a few drops of hot sauce and it’s the best way to start the day.” — Jenny Rosenstrach, food blogger and cookbook author

“I always thought that there was a magical phase of adulthood where you wake up one day and have it all figured out. Turns out that’s not true. You have to prioritize your time, your mental health, your goals and your happiness. No one else will do it for you. You want a raise? Need a new job? Waiting around for that hottie to ask you out? Ask for what you want. Get that yearly physical Obama worked so hard to get you, go to therapy, pay your bills on time, my god start saving for retirement and get your credit together. It sounds so daunting but you just have to take the first step. Being a grown up is tough but there’s also almost nothing migas and a good margarita won’t fix, so if all else fails learn how to make those and you will be fine.” — Aminatou Sow, co-host of Call Your Girlfriend

“I learned my capacity for hope. I was devastated, like a lot of women, by the results of the election. And I’m still devastated! But I didn’t realize just how resilient I was — as are the people around me. My daughter is an adaptable, roll-with-the-punches kind of kid. And no matter what happens, she’s always kind. I’m taking her attitude with me into 2018.” — Jessica Valenti, feminist writer

What did you learn this year? Sending everyone a high five.

(Illustration by Alessandra Olanow for Cup of Jo. Thank you to Megan Cahn for additional reporting.) 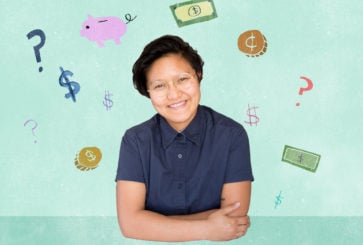 Relationships
Ask Paco (Because Finance Can Be Fun)
July 11, 2018 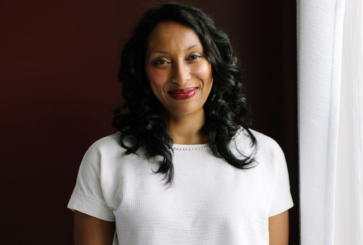 Relationships
Race Matters: “Can I End This Friendship?”
September 30, 2020 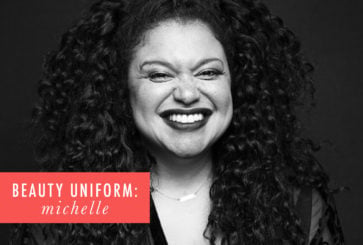 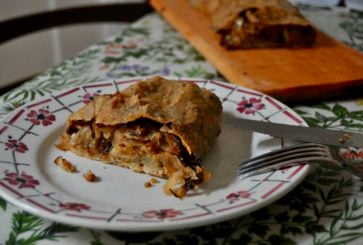 FOOD
Cabbage Strudel Might Be Your New Favorite Dinner 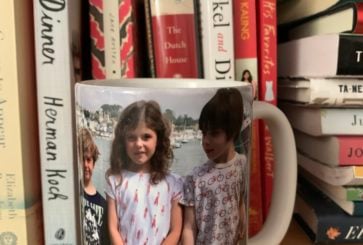 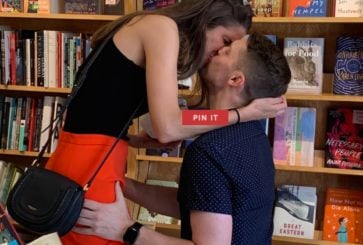 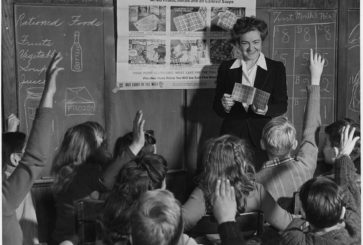