One Thing That Has Surprised Me About Parenting 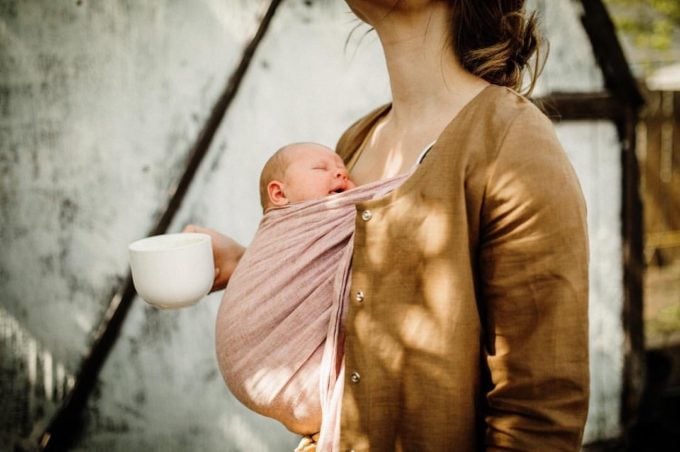 So, something weird is happening…

As I’ve mentioned, Alex and I have agreed that we are done having children. Sometimes it seems like we can barely handle the two we have! For many reasons, I’m confident that this is the right decision for our family.

But I’m still sad. What gives? Is that normal?

The sadness of being done having babies hits me at random times: When the boys play by themselves, so independently. When they’re fast asleep, all sweet and sweaty. When I imagine them going to college. Our friends brought over their new baby last night, and watching him sack out while drinking milk made me crave a similar weight in my arms.

I truly believe that two is our number, and our family is complete. The children we have are the great joys of my life; my heart swells whenever they walk into the room, and I find them utterly hilarious and beautiful. So, who wouldn’t want to extend that feeling? I’ll get that pang, and will joke to Alex, “Let’s just have a quick one, just a little one really fast.” Will that broodiness ever go away? A blogger named Sarah called it “The Ache,” and it feels just like that.

The other day, I stumbled upon this quote from a mother I know:

There is a mother I watch who has a child on her lap and she holds the child’s long hair in her hand. It fills her fist, a limp rope. The mother is absentminded, exposing the child’s neck is an unconscious instinct. Cool the child: lift the hair. Like other parent-child touching, this gesture is so soft and common it is maybe unfelt, like ones own sweater against ones own skin. But watching her I wonder how long it has been since I have felt that exactly: the weight of someone else’s hair in my hand. A long time. I would like to feel it now. Today I felt the weight of a handful of cilantro. I wonder if it’s similar.

That moved me so much. This parenting thing can really throw you for a loop sometimes.

Do you hope to have a certain number of kids? When it comes to being done, can you ever make an unambivalent decision? If you aren’t having more kids, do you ever feel The Ache? Sending love to all those who are done having babies — and also all those who are trying to have one, as well, especially if it has been hard.

P.S. Five women on deciding NOT to have children, and how did you know you were ready to have a baby?

(Photo by Meg at Old Farmhouse.)