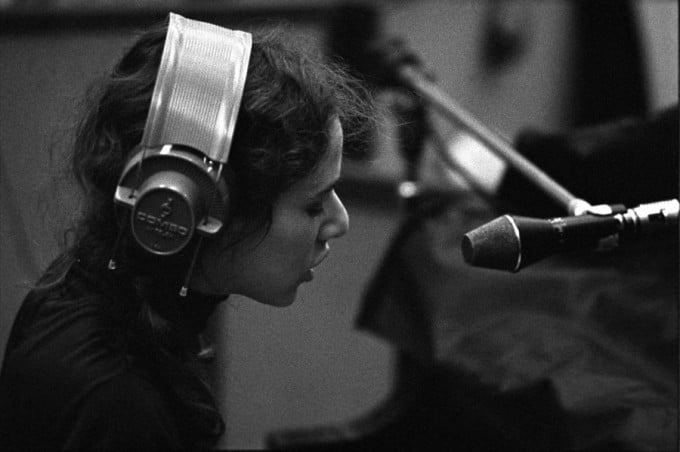 Have you been listening to any great podcasts lately? A year ago, we rounded up seven favorites, and since then I’ve gotten into many more, including a few that started recently. Here are 8 addictive podcasts to add to your playlist, and we’d love to hear your recommendations, too…

IF YOU’RE A foodie
LISTEN TO Splendid Table
WHY YOU’LL LOVE IT Warning: This is not a good podcast to listen to on an empty stomach. Hearing people who are passionate about food talk about it in the most lavish way possible makes you yearn for a big bowl of pasta with garlic ramps. Splendid Table is hosted by Lynne Rossetto Kasper, an award-winning food writer and radio journalist. Each week, she talks to a variety of cookbook authors, chefs, wine experts and anthropologists. Listeners come away with ideas about what to make, where to eat and the overall zeitgeist of the food world. You’ll learn the best wine to pair with Doritos (lambrusco!) and where the American tradition of eating frog legs came from (Detroit!). Bon appétit.
TRY THIS EPISODE Cheddar

IF YOU’RE Obsessed with music
LISTEN TO Song Exploder
WHY YOU’LL LOVE IT The genius of this podcast is its simplicity. Each episode focuses on one song, which is lovingly dissected, note by note, by the musician who created it. The result is equally compelling for a listener who’s very knowledgeable about music and someone who likes music but knows nothing about it (me). Recent shows involve the punk-rock legend Iggy Pop breaking down American Valhalla off his most recent album, Björk discussing her song Stonemilker, and Dustin O’Halloran, the composer of the Amazon show Transparent, explaining how he made its theme song. Radio critics everywhere have been freaking out about Song Exploder since it began in 2014, and their praise is well deserved. As New York magazine said, “Song Exploder is probably the best use of the podcast format ever.”
TRY THIS EPISODE Wilco

IF YOU’RE Up for a juicy conversation
LISTEN TO Here’s the Thing
WHY YOU’LL LOVE IT A couple years ago, after a slew of weird Twitter behavior and public brawls, Alec Baldwin was not the world’s most popular person. He even wrote an essay saying he wanted to hide away forever. And yet… he then debuted his own podcast, produced out of New York’s NPR station, and listeners fell in love with him all over again. Here’s the Thing, which releases episodes twice a month, presents intimate conversations between Baldwin and a vast array of greats — from Amy Schumer to George Stephanopoulos to the Nobel Prize-winning economist Joseph Stiglitz. You’ll lose track of time listening to each episode, and Baldwin turns out to be a generous, knowledgeable host with one of the best radio voices you’ve ever heard.
TRY THIS EPISODE Jerry Seinfeld

IF YOU Geek out on fun facts
LISTEN TO Stuff You Should Know
WHY YOU’LL LOVE IT What if when you typed something into Google, the answer was spoken back to you by dorky dudes who were extremely knowledgeable on the topic you queried? That’s what Stuff You Should Know does. Co-hosts Chuck Bryant and Josh Clark, both writers from HowStuffWorks, chat in an entertaining yet authoritative way about basically everything. Tornadoes! Cats! The Great Wall of China! This has earned them a long-held spot on the iTunes 10 most popular podcasts list. I recommend listening during your commute, which turns a dutiful part of your day into time well spent. You will be the star of your next cocktail party conversation.
TRY THIS EPISODE Makeup

IF YOU’RE A fan of This American Life
LISTEN TO ReplyAll
WHY YOU’LL LOVE IT Anyone susceptible to going down internet rabbit holes will find this show addictive. It’s a series devoted to the culture of the web — things like bizarre Instagram accounts, quirky corners of Reddit and unlikely YouTube sensations. Its hosts, PJ Vogt and Alex Goldman, are master storytellers in the vein of This American Life, who manage to make even the most obscure tale feel universally relevant. I broke out in a sweat hearing one of their subjects recount his story of the worst email he accidentally sent to an acquaintance. Afterward, he said, “I’m moving to Los Angeles soon, and I think a large reason is just so I never run into him again.” Eek.
TRY THIS EPISODE Underdog

IF YOU’RE Amused by life’s enigmas
LISTEN TO Mystery Show
WHY YOU’LL LOVE IT The intrepid host, Starlee Kine, solves everyday mysteries (for example: Exactly how tall is the actor Jake Gyllenhaal, given that the internet doesn’t say?), presenting them through investigative shenanigans and often following tangents that are just as interesting as the main storyline. You feel an unexpected intimacy with the voices in your ear and a warm-fuzzy feeling as Kine cracks each case after just the right amount of suspense.
TRY THIS EPISODE Belt Buckle

IF YOU’RE A romantic
LISTEN TO Modern Love
WHY YOU’LL LOVE IT Three months ago, when the New York Times introduced a podcast version of its wildly popular column, Modern Love, some diehard fans weren’t sure it would have the same appeal as the written essays, which have been a weekly ritual for millions of readers since they began appearing in print in 2004. But the podcast is elegant and emotional. Plus, the stories are narrated by an array of actors, like Sarah Silverman, America Ferrera, Judd Apatow and January Jones. Prepare to listen to an engrossing collection of true relationship stories — just keep your tissues at the ready.
TRY THIS EPISODE Maddy Just Might Work

IF YOU’RE In the mood to hang with friends
LISTEN TO Another Round
WHY YOU’LL LOVE IT Buzzfeed writers Tracy Clayton and Heben Nigatu host one of the most off-the-cuff audio shows out there. You can sense their friend chemistry — there are frequent breaks for laughter — and the overall vibe is cultural criticism meets Car Talk meets bar crawl, set to groovy music. As the name implies, Clayton and Nigat actually drink on air. (“I got super drunk once,” Clayton admitted in an interview last year.) But underpinning it all are incisive, can’t-stop-listening discussions about race, gender, news and pop culture with a wide range of fascinating guests, which have included the writer Ta-Nehisi Coates, the comedian Margaret Cho, Lena Dunham and Hillary Clinton.
TRY THIS EPISODE Madam Secretary, What’s Good?

Thoughts? What other podcasts do you love? Also, Sampler, a podcast about the best podcasts, is a great resource if you’re looking for more ideas.

‘Tig and Cheryl: True Story’ has quickly become my favorite podcast, maybe, ever? It’s hosted by comedian Tig Notaro and actress Cheryl Hines – in each episode, they discuss a different documentary. A friend of mine suggested it to me and said “it’s the duo you didn’t know you needed”. Their chemistry + humor is like no other. I laugh out loud every single time. A new ep is released every Monday. This podcast has made me look forward to MONDAY’S! Need I say more? Happy listening.

My own. “Everyone will have a podcast one day.” – Andy Warhol
https://popthiscollective.tumblr.com/

I’m obsessed with You’re Wrong About, which does a deep dive on major pop culture icons and events from the 80s and 90s (mostly), typically featuring maligned, misunderstood women. The Princess Diana series was incredible, and now I’m deep into the OJ Simpson series. The Jessica Simpson and Marie Antoinette episodes were also a blast. Then there’s a spin-off called Maintenance Phase that debunks diet and wellness trends and is DELIGHTFUL. The episodes on Moon Juice (good lord) and The President’s Physical Fitness Test (do you remember how awful that was?) are so good.

If you love watching nature documentaries on Animal Planet or Netflix, give The Wild with Chris Morgan a listen! Fabulous.

You should check out the Florida Men on Florida Man podcast! They cover insane Florida headlines at the start but towards the end its all really cool, lesser known, Florida History. Legends and Lore kinda stuff!
FMOFM.com is their website but you can find them on any podcast streaming service.

I’m new to your blog, and I love how you put this together, including a “try this episode” for each! Thank you :)

S-town is amazing. I cannot stop listening. Everyone must start today.

Always love your podcast suggestions! Here are mine and although both are pretty heavy listening, I feel like I am learning a lot: Trump on Earth (all about how Trump is unraveling federal environmental policy) and one from the World Food Program called Hacking Hunger (the last episode about the famine in South Sudan is heart breaking — an aid woman describes watching a mother trying to breastfeed her baby and nothing is there. It’s just so sad but powerful and important to hear).
https://wfpusa.org/articles/hacking-hunger-episode-18-the-f-word/
https://trumponearth.org

You Must Remember This

Please listen to Why Oh Why!!! It’s produced here in Brooklyn by Panoply!

The host, Andrea Silenzi, speaks with friends, experts, and men about where love, dating and sex meets technology. The show tells the stories about relationships by blurring the lines between memoir, documentary, and fiction.

OMG I’ve been podcast-obsessed for the past year and now you’ve given me even more to explore. I LOVE Another Round! Thanks for the recommendations.

Tanis and The Black Tapes are two of my faves. Investigations into creepy stuff. Both from Pacific Northwest Radio. Also like Beautiful Anonymous with comedian Chris Getherd (sp?) as host.

I LOVE “Straight Up With Stassi” and “Be Here For A While” by Rachael O’Brien! When I listen to them, I feel like I’m hanging out with my girlfriends, recapping our favorite guilty pleasure tv shows and discussing real topics that people don’t often address in an approachable way. I also find myself laughing out loud — which I love.

How about “Press X To Jump”? they’re a couple of kiwi guys from little New Zealand with a sideways approach to life and tell it like it is with allllllll sorts of laughs in between! I like to listen to them when i need to escape ya know?

Thanks for sharing. I tried a few & enjoyed all (Here’s the Thing, Modern Love, Another Round and Mystery Show).

Trivial Warfare is a great trivia show that is worth a listen.

“The Read” is also an excellent podcast. Starts off with a review of pop culture that week but ends with a powerful read – usually a commentary on race and politics.

THANK YOU so much for posting about Song Exploder. The Long Winters was one of my favorite bands and the episode with John Roderick is so good my husband listened to it 4 times!

The Tao of Comedy is my new fave, http://apple.co/1RkSCpH so funny and profound! She asks comedian’s life’s big questions.

I love these podcast lists, but you guys haven’t posted one of my faves: “Humankind on Public Radio” is the podcast for the national radio show and tells some inspiring stories and tackles serious problems.

One of my favorite food podcasts is Burnt Toast by the folks at Food52. Great discussion in an understandable and relatable way. I loved the one about first food jobs!

Dear Hank & John is the funniest podcast around!

Late to the party, but I highly recommend Throwing Shade. It’s like “The Daily Show” for feminist and LGBTQ issues. The hosts, Erin and Brian, are hilarious. Imagine talking about these issues with your super funny friends. Naturally, sometimes there is a hint of snark. Enjoy!

** oops, Bryan — not Brian! If you listen to this podcast, you know that’s an important distinction to make. :)

It’s new and soooo riveting! Each episode is top notch.