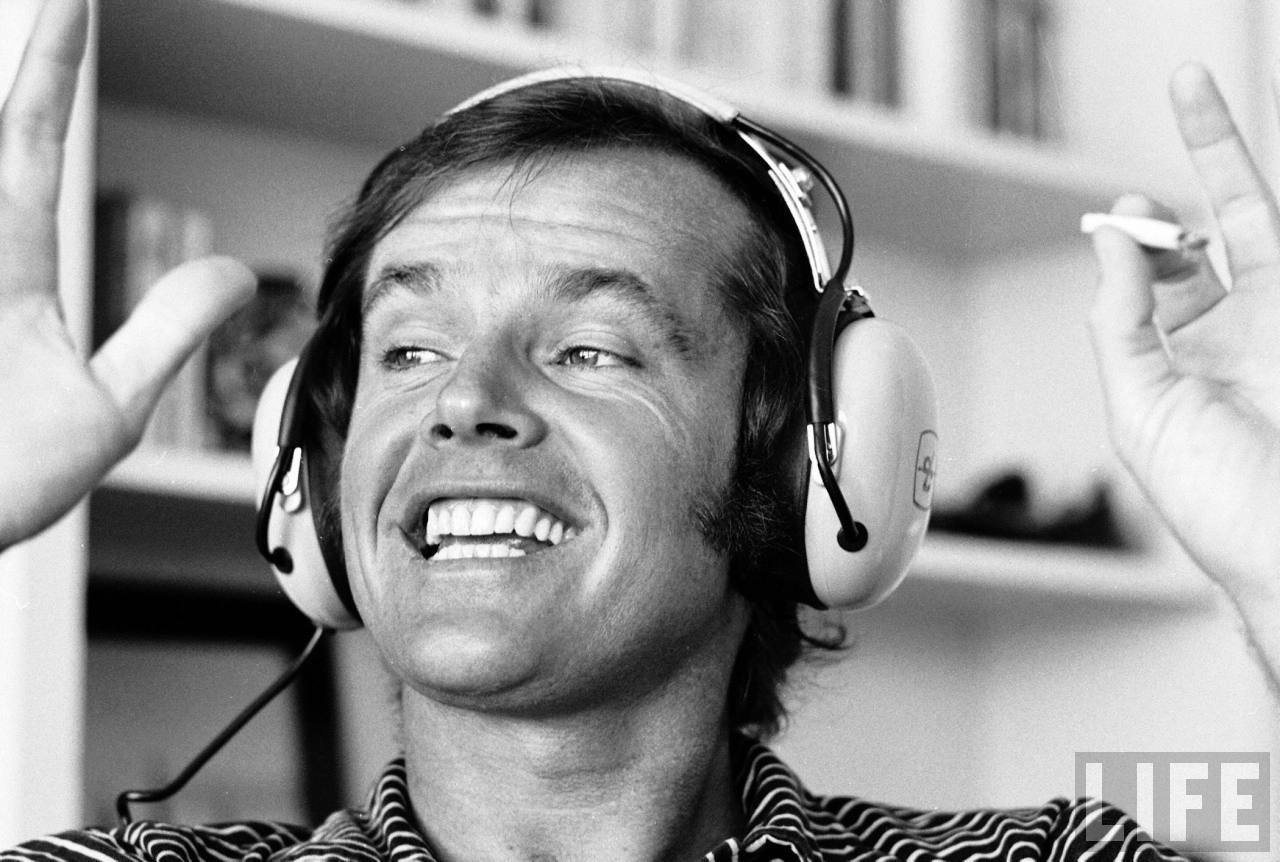 Back in my twenties, I walked a mile every day to work (uphill, both ways!), and to pass the time, I would listen to audiobooks on my trusty discman. They were an awesome way to jumpstart the morning, and I got really sucked into the stories. These days, in my thirties, I’ve been trying to walk or even run (!) a little more, and I figured audiobooks might entice me to get going. Here are a few of my old favorites, plus new ones I want to try…

Middlesex by Jeffrey Eugenides. This Pulitzer Prize-winning book tells the story of Calliope, a student in Detroit, who starts to wonder if she is really a girl. The narrator is AMAZING and nails the Greek accents and range of characters. Listening to this book felt thrilling.

Garlic and Sapphires by Ruth Reichl. Reichl recalls her days as the New York Times food critic, when she would dress up as different characters (an English teacher from Michigan, a blonde divorcée from the south, etc.) so restaurateurs wouldn’t recognize her. I listened to this on a walkman during a layover at the Vegas airport, while knitting a scarf. Definitely one of my cooler moments.

Dept. of Speculation by Jenny Offill. I LOVED this smart, stirring portrait of a marriage. Oprah Magazine says calls it “one of those rare novels that’s almost more bewitching as an audiobook than as a printed one” and describes the author’s voice as “melodic and tender.”

Angela’s Ashes by Frank McCourt. The author tells the story of his impoverished childhood in Brooklyn and Ireland. His Irish accent is wonderful; you can hear a sampling here.

The Curious Incident of the Dog in the Night-Time by Mark Haddon. A funny, moving novel, about a teenage boy with Asperger’s who strives to figure out who killed the neighbor’s dog. One cool part of this audiobook: “Peripheral sounds – thuds on the stairs, the roar of a Tube train – suggest the sensitivity to noise” of the boy, says The Guardian.

The Examined Life by Stephen Grosz. I’m reading the actual book right now, in which a psychoanalyst shares 22 true case studies from his London office. Each chapter reveals the personal story of a patient, plus what they figured out together during therapy. You feel like a fly on the wall, and it’s a total page turner.

Another great type of audiobook is when the story is read by its comedian author. They nail the delivery of the jokes, and they often ad lib. Some favorites: Me Talk Pretty One Day by David Sedaris, and Yes Please, read by Amy Poehler, along with Seth Meyers, Carol Burnett and her parents. Tina Fey recorded Bossypants with her older daughter in the sound booth. According to Oprah Magazine, “the audiobook is full of ad libs… and unprompted riffs and rants on breastfeeding, eating food off the floor, and being an older virgin.”

Side note: One fascinating thing about audiobooks is that you realize how much your interpretation affects the story. When I was reading Middlesex, I would listen to the audiobook on my commute but read the actual book at night. The book felt phenomenally different: On my own, I interpreted the Greek relatives as being quite earnest and serious, but the narrator of the audiobook made them sound jovial and histrionic. It’s amazing to realize how much your inner monologue and tone affects your reading of the book and characters. Therefore, needless to say, the narrator is HUGELY important; they can make or break a book.

And a reader here named Clare made an interesting point: “I actually really like Austen and Dickens on audiobook. Dickens wrote with the expectation his work would be read aloud, and a lot of the jokes in the text are more obvious when you hear them. It’s easier to get past the ‘old-fashioned’ language and giggle at the silly bits when it’s not text on a page.”

Do you have any audiobooks you’d recommend? I would so appreciate any recommendations! I’ve heard good things about Liane Moriarty’s Big Little Lies and The Interestings by Meg Wolitzer.

215 COMMENTS
WRITE A COMMENT
Design
most popular
01
My Sister’s Home Makeover
02
What Are Your Top Three Books?
03
The Ultimate TV Guide (If You’re Looking for Something Great)
04
Catherine Newman’s House Is a Joyful Jumble of Books, Games and Cats
05
Behind the Scenes: Making a Magazine Cover
May We Suggest…
By Joanna Goddard
Design
What Are You Reading?
March 11, 2020

Trevor Noah’s Born a Crime is a must hear. The voices of his Xhosa mother, Afrikaans father, and others in his extended family and Soth African community can only be truly appreciated coming from Noah himself. The story is somehow both heartbreakingly frightening, and hilarious.

In case you want to take your audiobook search to a while new level of nerd, check out Audiofile Magazine and their annual Earphones Awards: https://www.audiofilemagazine.com/reviews/earphones/

The Hundred Year-Old Man Who Climbed out of a Window and Disappeared. It was great! I have also loved all of Maeve Binchy’s books and stories available on audiobook.

The Shining was great as an audio book. I listened to it while driving and would look over my should ALL THE TIME because I was so spooked. Stephen King is truly an amazing writing. Also Dracula was great! Different performers are used for each character which really helps bring it to life!

Loved listening to Born A Crime by Trevor Noah during a Seattle to Santa Barbara road trip.

Love it too. Listened to it twice and Just hosted a book club on it this week!
One of the best audiobooks Ive listened to and I listen to on average 50 books a year.

I’m just stumbling upon this in 2017, and I’ve bookmarked it so I can refer to it often. I just finished a trilogy of YA fiction by Michelle Hodkin. The first in the series is The Unbecoming of Mara Dyer.

I have thoroughly come to depend on audiobooks in my art studio. Recently finished and enjoyed The Nightingale and really loved Barbarian Days: a Surfing Life. I’m excited to check out everyone’s recommendations. Thanks!

Their Eyes were Watching God narrated by Ruby Dee. I live alone and the characters that Ruby Dee brings to life in this important work by Zora Neale Hurston kept me great company. Have a listen!

One of my favorites.

BORN TO RUN is awesome as an audiobook as is chef Gabrielle Hamilton’s Blood Bones Butter…and I say that as a confirmed vegan!

I had to come back to this post to tell you about the audiobook Station Eleven by Emily St. John Mandel. Like a book I couldn’t put down, I kept sneaking off to listen to it as much as possible until it was all over. I had no idea what it was about when I started listening, and I think that’s the best way to start this adventure.

I borrowed it on your recommendation, and really enjoyed it. Thanks!

Miranda July reads her own novel, The First Bad Man, and it is totally bizarre and incredible. Just finished Lauren Groff’s Fates and Furies and that was really good too.

I LOVED The Interestings and Big Little Lies. Read both of them earlier this year. You will like. The Interestings really stuck with me. I listen to audio books also. Now listening to The Kite Runner. I tried to read it, but all the names confused me when reading. Sometimes I want to go back and read books a few years after I listen, just to see if they feel any different.

I have recently gotten into audiobooks and when I had a tough time getting through our book club selection of Lean In, I decided to try it out. Listening to it on audiobook made it so much better and truly inspiring – definitely would recommend.

Dear Jo, I’m so glad that you mentioned and liked Stephen Grosz’s ‘the examined life’. He was one of my teachers at university and such a lovely man and very experienced analyst. A very inspiring book, brings to life the everyday goings on of a profession that to many seems mystical–but in reality, is deeply human and meaningful.

The Johnstown Flood by David McCullough. Excellent read!
Any of Pat Conroy’s books as the reader has a similar voice to Conroy.

Currently I’m listening to Heartburn and it’s ah-mazing. Meryl Streep narrating Nora Ephron’s novel is genius layered upon genius. While listening at work, I had to pause the story because my eyes were starting to run I was laughing so hard. Witty and wonderful, Heartburn (narrated by Meryl Streep) is definitely worth the $17.

My all time favorite audio books are the unabridged Harry Potter books! The voices are amazing and Jim Dale has won Grammys for his work! They are completely amazing!

Working in a cubicle for 12 years I have listened to over 300 audiobooks during work and my 30 minute commute. I could not survive without them. My all time most favorite beloved audiobook ever is Thirteen Moons. It is simply exceptional. The Body by Stephen King (the book they made Stand By Me from) had me laughing hysterically from the audio reader’s rendition of the pie eating contest. Best moment in audiobook reading ever. Other recommendations are books that might be otherwise difficult to complete such as Moby Dick or Russian classics because they pronounce all the names correctly. African literature also benefits from this. The Maritain was great as audio as was The Giver just because of the voice. The Lord of the Rings audios are wonderful because they sing the songs. The Jacky Faber serious must only be listened to or it totally looses something. The author heard the audio of the first few books and started writing the rest to compliment best her reading of them. Bill Bryson books are wonderful when he reads them himself as his humor can be deadpan and subtle and only he pulls it off perfectly. I could go on for ever. The Art of Racing in the Rain, These Is My Words, Don’t Lets Go to the Dogs Tonight, The Once and Future King, Rebecca, True Grit, and The Power of One.

Highly recommend Anne Frank Remembered, read by Anjelica Huston. Her voice transports you back into that world in the most haunting way, it warms your heart and makes you cry.

I agree! I’ve listened to it more than once & ALWAYS recommend it!

To Kill a Mockingbird read by Sissy Spacek

Some Sing Some Cry by Ntozake Shange and Ifa Bayeza

I loved listening to all of these, hours of entertainment while driving to and fro.

I’m definitely going to have to listen to these audiobooks someday! I just started listening to The Misadventures of Awkward Black Girl by Issa Rae and I’ve never laughed so hard at book before! I’m happy that I found this post, I’m hoping to add to my list of favorites!

I thoroughly enjoyed Aziz Ansari’s recording of his Modern Romance. Great energy, I laughed out loud.

All the Ramona books by Bevery Cleary read by Stockard Channing are SO GOOD. I love audiobooks and these kids ones are my favorite of all. Bevery Cleary is wonderful. She somehow makes it funny for both the child and adult. It also makes me see the world through my kids eyes at different ages and remember what it felt like to be young… the injustices, the excitements, etc.

i just went to see elvis costello author talk/presentation about his new book: Unfaithful Music & Disappearing Ink and bought the signed copy. however, i can already tell in about a year i will get the audio book from the SFPL and “reread” again <3

I love audiobooks. I have read or listened to most listed here, so I’m hoping more readers comment with suggestions. My suggestion is ‘Red Sparrow,’ a Russian Spy novel that will keep you gripped / not wanting the car ride to end – the best sign of an audio book!