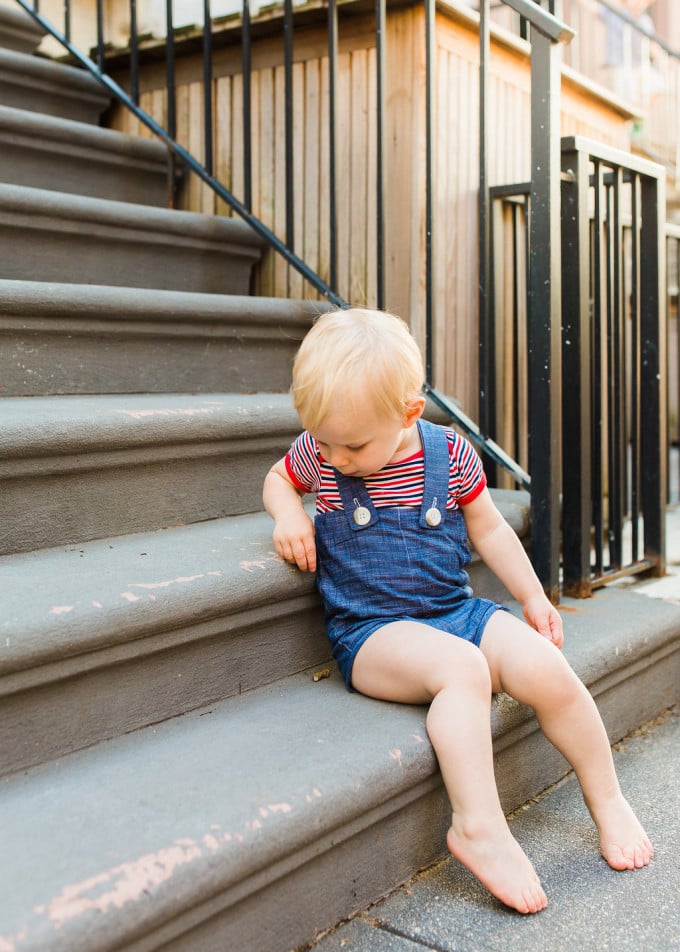 So, last week, I got a message from our nanny that made my heart stop…

I was working in our office, when my phone buzzed, and I looked down to see this message from our beloved nanny Maria (FYI we live in a third-floor walk-up apartment, and Anton is 22 months old):

The most insane thing just happened. I don’t even want to admit that I was this dumb, but it’s such an amazing story that I have to tell it. We heard the UPS guy buzz, so excitedly we all ran down to the lobby to get the package. Anton was following RIGHT behind me, so I didn’t think about the door locking behind us at all. Well, once Toby and I got upstairs with the boxes, the door was closed, with Anton inside. I didn’t have my phone, my keys, nothing.

So I tried to stay calm and asked Anton if he could open the door. I heard him drag the footstool over to the door, and try to open it but just said, “Too hard, Ria…” Then I remembered that my keys to the apartment were loose on the counter. So I told him to drag the stool over and get the keys. Toby and I listened closely and heard him telling us that he was getting “Ria’s keys.” Once he came back over to the door he tried to use them on the doorknob, haha, so I ripped a piece of cardboard off one of the packages, realized that it fit under the door, and told Anton to look down. Slowly and calmly, I told him to lay the keys on the paper so I could pull them under. The first time, the keys were stacked up too high to pull under the door, so I asked him to do it again, and the second time he laid them perfectly and I was able to pull them to the other side.

Joanna, you have no idea how relieved I was! I felt horrible! I promise I will NEVER leave the doorway without my keys again!!! I gave Anton the biggest hug once we got in and gave him a lollipop for being such a good listener. I cannot believe that an almost-two-year-old was able to listen to directions so clearly and work with me so well! Tonight I will be having an extra glass of wine…

Bravo, Antoni! And a huge bravo to Maria. Nerve-wracking moments will inevitably happen with children, and the important thing is how you handle them. Maria was amazing here! I was so in love with both her and Anton that day! 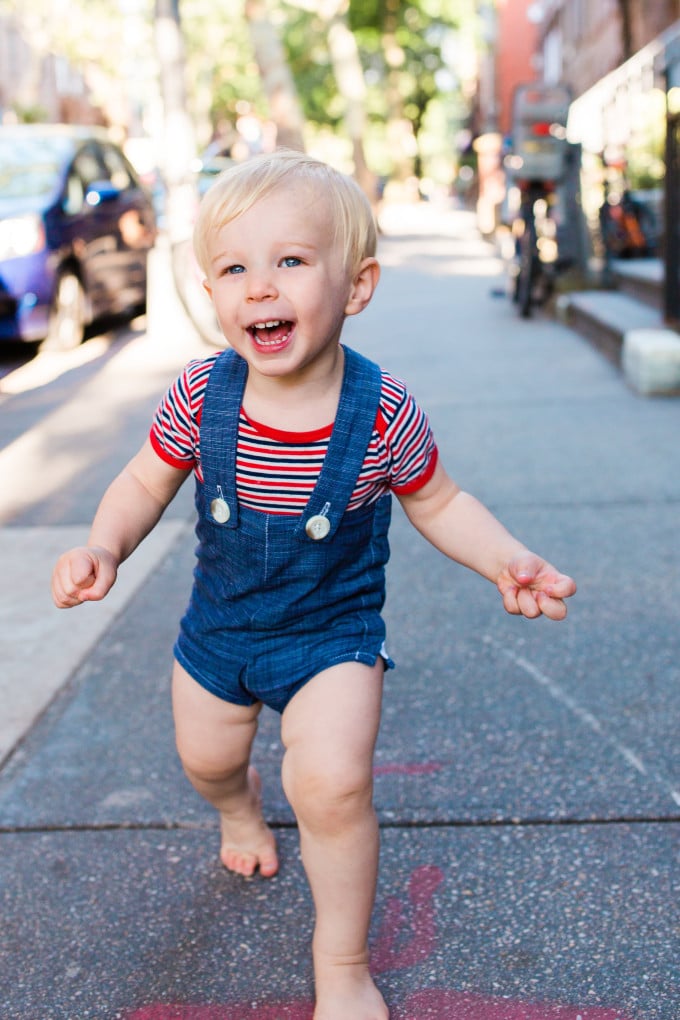 Have you ever had scary moments with your little ones? It’s inevitable but always so rattling!

P.S. 8 questions to ask a new babysitter, and being your child’s touchstone.

(Photos by Nicki Sebastian for Cup of Jo)

By Joanna Goddard
Motherhood
“Does The Universe End,” And Other Casual Questions from a Five-Year-Old
June 15, 2020