Motherhood Mondays: On Being Your Child’s Touchstone 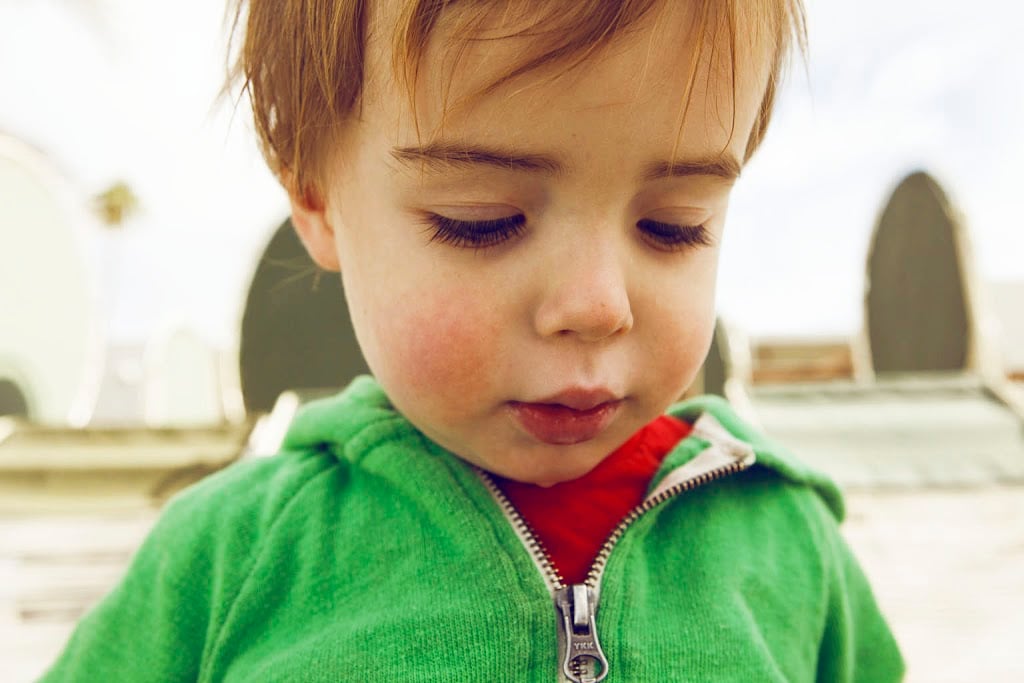 Did you read this amazing discovery in the New York Times…

When infants are embraced by their parents, their heart rates drop almost immediately, according to a recent study.

As a parent, it’s strange and amazing to think that you are a little person’s safe haven. When I’m putting Toby to sleep, and he’s cuddled in my arms, I sometimes think, But I’m just a random person! What do I know? But to this little person, you are the definition of all things safe and true, a touchstone and true north.

This idea reminds me of a touching passage in Operating Instructions, Anne Lamott’s memoir about her son’s first year:

“I have a friend named Anne, this woman I’ve known my entire life, who took her two-year-old up to Tahoe during the summer. They were staying in a rented condominium by the lake. And of course, it’s such a hotbed of gambling that all the rooms are equipped with these curtains and shades that block out every speck of light so you can stay up all night in the casinos and then sleep all morning. One afternoon she put the baby to bed in his playpen in one of these rooms, in the pitch-dark, and went to do some work. A few minutes later, she heard her baby knocking on the door from inside the room, and she got up, knowing he’d crawled out of his playpen. She went to put him down again, but when she got to the door, she found he’d locked it. He had somehow managed to push in the little button on the doorknob. So he was calling to her, “Mommy, Mommy,” and she was saying to him, “Jiggle the doorknob, darling,” and of course he didn’t speak much English—mostly he seemed to speak Urdu. After a moment, it became clear to him that his mother couldn’t open the door, and the panic set in. He began sobbing. So my friend ran around like crazy trying everything possible, like trying to get the front door key to work, calling the rental agency where she left a message on the machine, calling the manager of the condominium where she left another message, and running back to check in with her son every minute or so. And there he was in the dark, this terrified little child. Finally she did the only thing she could, which was to slide her fingers underneath the door, where there was a one-inch space. She kept telling him over and over to bend down and find her fingers. Finally somehow he did. So they stayed like that for a really long time, on the floor, him holding onto her fingers in the dark. He stopped crying. She kept wanting to go call the fire department or something, but she felt that contact was the most important thing. She started saying, “Why don’t you lie down, darling, and take a little nap on the floor?” and he was obviously like, “Yeah, right, Mom, that’s a great idea, I’m feeling so nice and relaxed.” So she kept saying, “Open the door now,” and every so often he’d jiggle the knob, and eventually, after maybe half an hour, it popped open.” 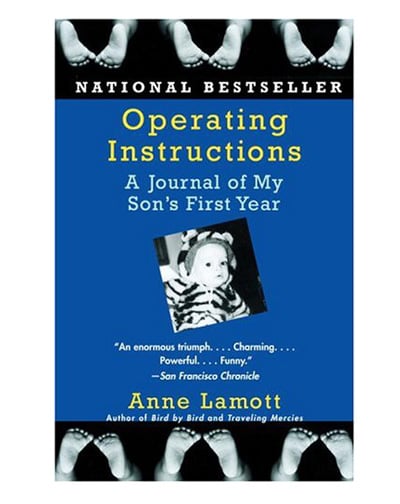 Doesn’t that make you want to weep? That a mother’s fingers could be enough to make a child feel safe and protected. It’s so heartbreaking and beautiful.

(Top photo of Toby by our friend Anna Wolf. Excerpt from Operating Instructions by Anne Lamott)

I know this is an old post (my baby is napping and I was reading your post on best parenting books and ended up here), but, my gosh, this is so moving. Sometimes when my baby is fighting a nap, I go over to her crib and hold her hand- sometimes even just touch her fingers- and she (usually) calms down instantly. It fills me with such deep emotion that I, as a mother, can have this effect on my little person. What a bond! It’s amazing and, like you said, heartbreaking- they’re so vulnerable! Ahh, all the feelings.

this is truly amazing

Oh my gosh the same thing happened to me with my son but the only kicker was that the door of the balcony (on the 21st floor) was open. It was one of the scariest days of my life. It was actually only about 45 minutes but it seemed like FOREVER. http://vanherksen.blogspot.com/2012/07/lessons-learned-in-hotel-roomapartment.html

I don’t have children yet, but I love to read about people’s experiences and bits of wisdom as I think about my future. This was such a touching post;it reminds me vividly of how much just holding my own mom’s hand, while I fell asleep at night, would be the most comforting and calming thing in the world. I think the mother/child connection is breathtaking and amazing.

So beautiful indeed. I would have lost my mind in that situation.

This was so adorable. Now that I’ve got a son of my own and I know exactly what this feels like. It pains me to my core to hear him crying.

I never thought I’d love the way I love him.

that is my favorite passage ever. but you forgot the best part. “it isn’t enough, but it is.”

That is the most beautiful thing I have heard all day. Oh the comfort a mother gives.