The Best Fudge You’ll Ever Have 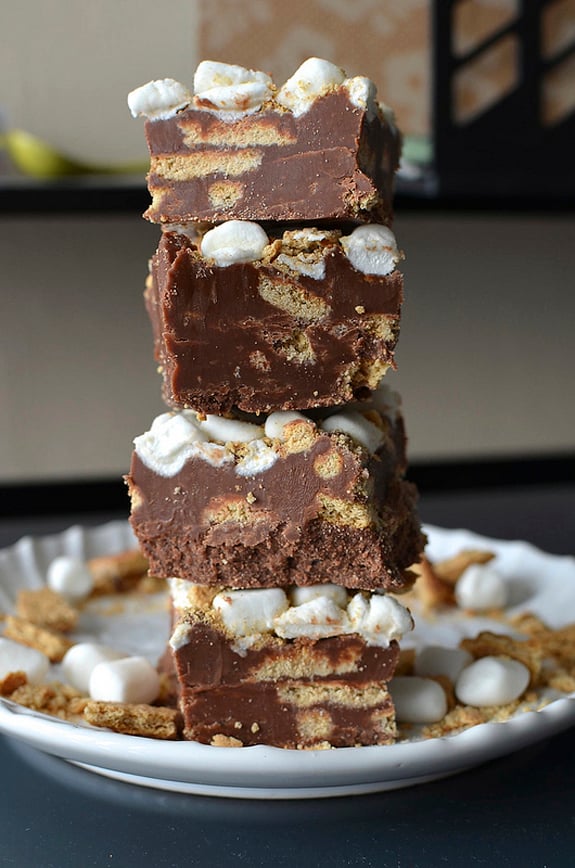 While growing up in Michigan, my family once drove up to rocky Mackinac Island, where cars aren’t allowed, so people get around either by bike or horse-drawn carriage. (Seriously.) But the coolest part of the island is its fudge shops. You stop in, freckled and skinned-kneed from adventures, and sample the rich fudge that made us 10-year-olds swoon. Well, to bring back that magic, Kim from Lovin’ From the Oven is sharing her favorite fudge recipe that will especially appeal to the s’mores lovers out there! Here goes…

The Best Fudge You’ll Ever Have
by Kim of Lovin’ From the Oven, slightly adapted with permission from The Novice Chef

I would eat s’mores every day if I could. It’s the easiest dessert with the most satisfying result. This recipe, originally from The Novice Chef, is wonderful because instead of adding regular milk chocolate, you’re adding fudge. Brilliant! It’s not as messy as s’mores by the fireplace, and the fudge is just the right consistency. It’s smooth, creamy and has crunchy bites of graham crackers mixed in. Another thing that I love about this recipe is that there’s no thermometer required. It’s practically a no-fail dish.

Line an 8×8-inch pan with foil or parchment paper and set aside.

In a large saucepan over medium heat, mix together the marshmallow creme, sugar, evaporated milk, butter and salt. Bring to a full boil, and cook for 5 minutes, stirring constantly.

Gently fold in graham crackers and pour into prepared pan. Top with mini marshmallows and crushed graham cracker. Chill in refrigerator for 2 hours, or until firm. 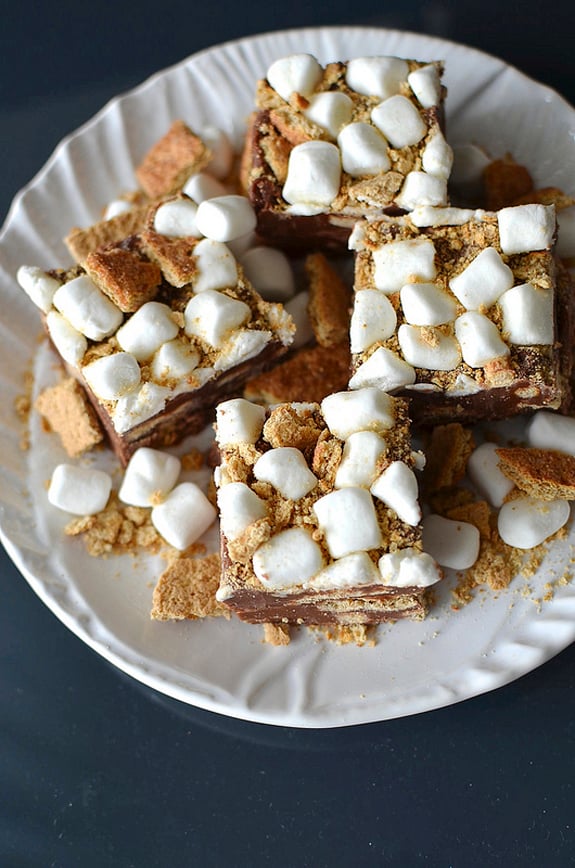 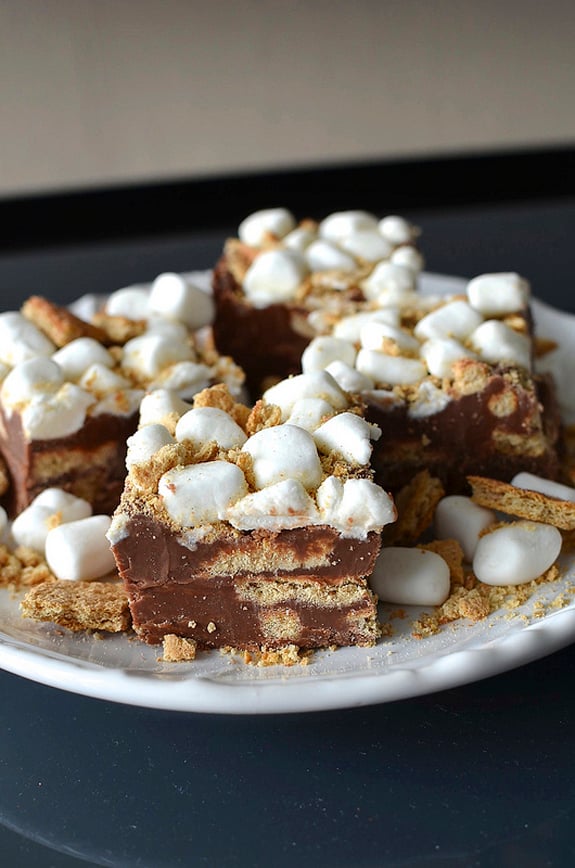 Delicious! Thank you so much, Kim!

(Photos by Kim Nguyen of Lovin’ From the Oven. Thanks to Shoko for helping with this series.)

Jo, this is one for this weekend! My mouth is watering just having seen these photos!
Hope you are well!

My deep love for fudge started in northern michigan visiting Mackinac in the summer, such fond memories. Thank you for rekindling them. This recipe looks delicious Joanna. xo

Growing up in Michigan myself, I can completely agree with the mackinac fudge experience! But considering it’s 4 hours away from my hometown, I might have to give this recipe a go!

OMG! Yum. Going to make these this weekend for sure! xo

Oh Mackinac! We couldn’t take the time for a full-on honeymoon at the time, so we drove up to the island for a few days–great food, great bars, great fudge, of course! And hey, when you visit your dad this summer in TC (you’re going to, right–even with the babe?), you can stop at Kilwin’s or Murdock’s downtown. From one pregnant woman to another, I say heck yes to fudge!

Pardon my French, but holy sh*t that looks ah-mazing. <>

I haven’t had fudge for years, but now my mouth is watering.

As a fellow Michiganian, I used to go up to Mackinac every summer! I miss those carless fudge-filled trips. Whenever I think of fudge, I think of Mackinac. And a s’mores fudge recipe??? Can’t wait to try it out!

This looks amazing. I can never stop at just one piece though … :)

I don’t usually care for rocky road anything, but that Mackinac fudge is the BEST! I grew up in southern Michigan, and once every year we’d go to Bronner’s (the world’s largest Christmas store) and come home with more fudge than I care to admit to.

This recipe might be worth trying too…if for no other reason than you got me thinking about the fudge of my childhood!

My husband is from Michigan but I am not. He has fond memories of Mackinac Island. Last Summer, he took me on my first visit to Mackinac Island and we had such a good time shopping, bike riding, picnicking and fudge tasting. I was never a huge fudge fan, until I discovered Mackinac Island fudge. OMG! So good!!! And I have to say that smores are one of my favorite treats so to make this into fudge form basically just made my day. Thanks!

SO excited for this!!

Have you ever been to Bever Island off of Charlevoix, Michigan? My family used to drive up there from Indiana and hang out on the island and eat delicious fudge! Maybe its a Michigan thing? Lovely post.

I haven’t heard of a place in which cars aren’t allowed in a long time!!

I’ll be working on Mackinac Island this summer and CANNOT wait. I’m excited to experience the Island as a “local” rather than another tourist. Thanks for the Michigan shoutout!

Yay for Michigan references! We go up to Mackinac Island every year as a family and stay at the Grand Hotel!! My best memories are from the Island =)

I’m from a northern town near Mack City…we had our prom there…ferry, horse-drawn carriages and dinner/dancing at Mission Point. It was dreamy!