Five Things to Do With a Chicken Cutlet 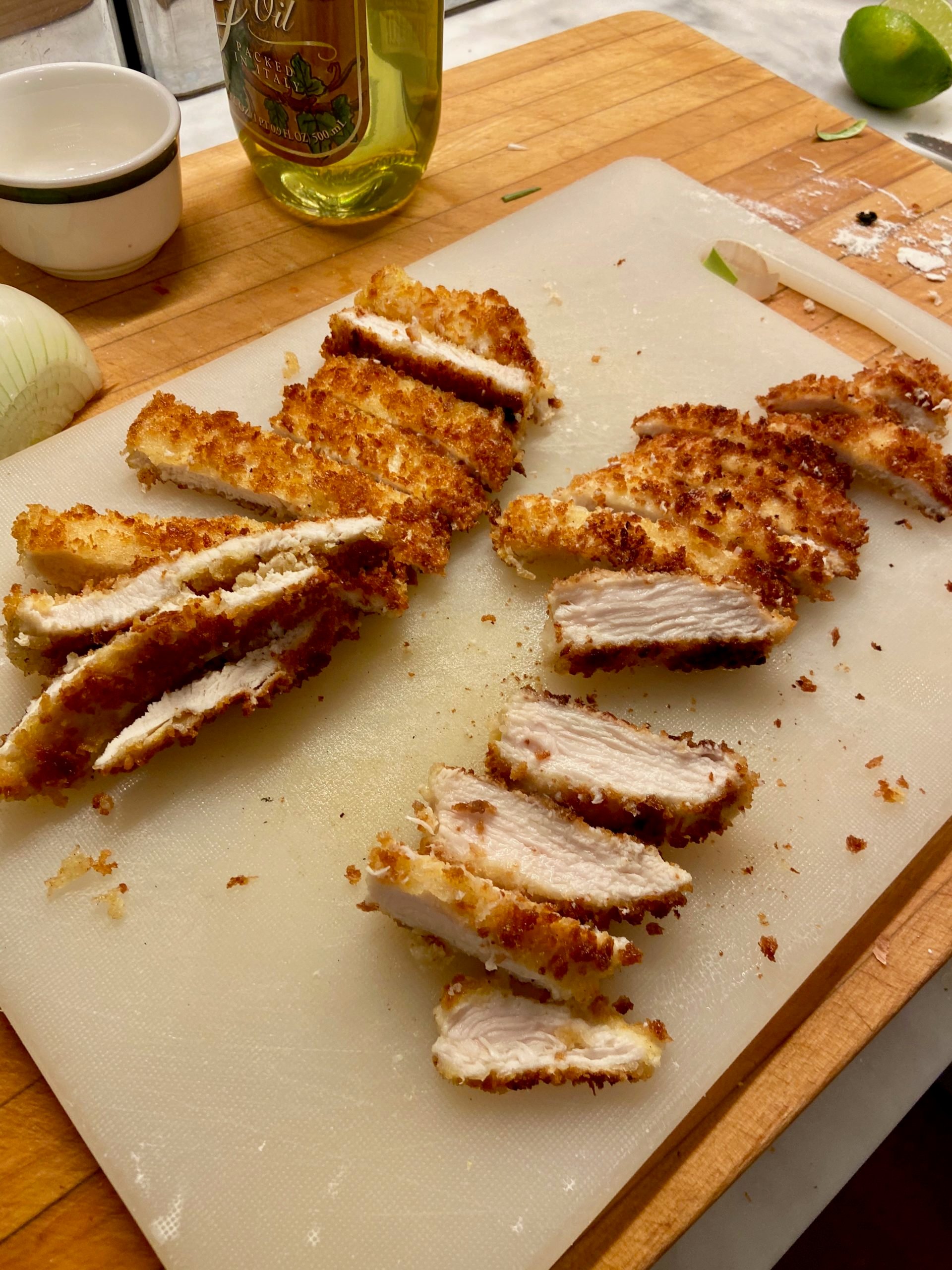 The other night, we were out of ideas for dinner and decided to do what we’ve done at least eight thousand other times in our dinner-making lives…

We set up a dredging station (one shallow bowl of flour, one with egg, one with breadcrumbs), dredged four chicken breasts, and pan-fried them until they were just right — crispy on the outside, juicy on the inside. Breaded chicken cutlets were the first thing my mom taught my dad how to make when she decided to go to law school (leaving him with three mouths to cook dinner for, three nights a week), the first thing I learned how to make when I was on my own, and one of the first real meals I convinced my onetime chicken-nugget obsessed toddlers to love. You’d think that by now, we would’ve grown out of them, but it’s almost the opposite. They get better and better, and over the years and I’ve built more meals around them than I can count. (My husband every single time: “Why don’t we make these more often?”) Here are a few of my favorites, and I hope you’ll share some ideas as well. 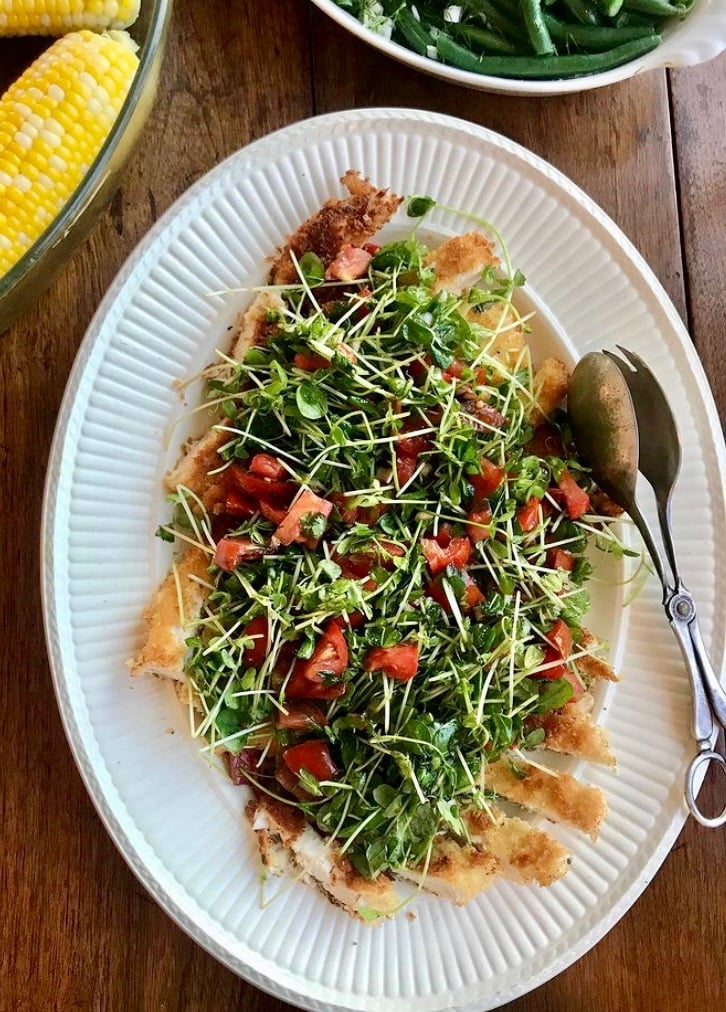 Top Five Things We Do With Breaded Chicken Cutlets

Fry each breast in the oil for 3 to 4 minutes on each side. Try not to crowd the pan. The cutlets are cooked when chicken is firm to the touch but not rock hard.

Remove and drain the chicken on to a paper-towel-lined dinner plate tented with foil if you have more pieces to fry. Add more oil to the pan and fry the remaining breasts.

Note: Feel free to add any of the following to the breadcrumbs: 2 teaspoons mustard powder, a pinch of cayenne, fresh thyme leaves, sesame seeds, or freshly grated Parmesan.