Do or Don’t: Scary Movies 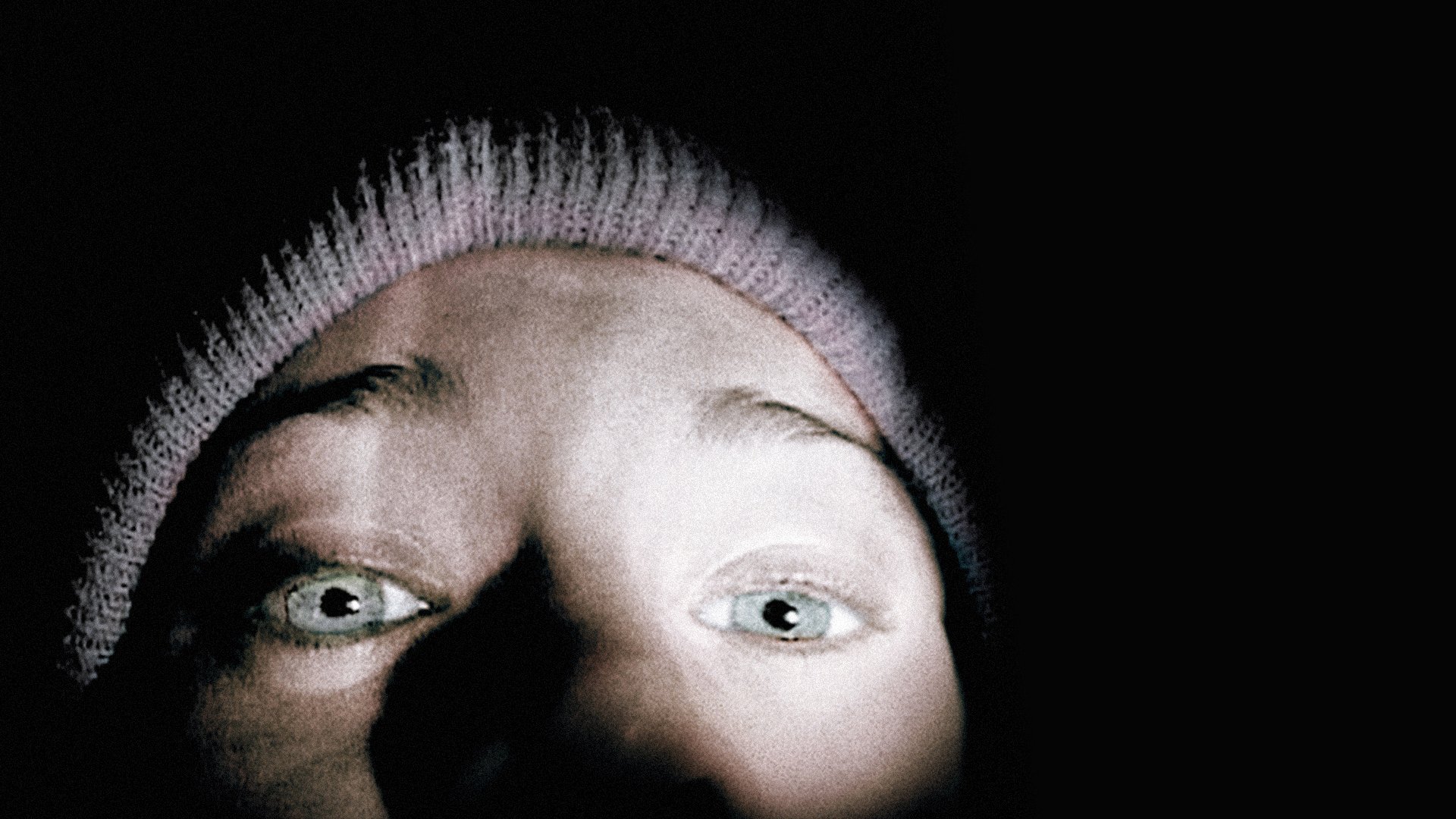 The Blair Witch Project. Have you seen it? The 1999 American horror film follows three student documentary makers who get lost in a forest in Maryland — and begin hearing terrifying noises.

“Why are we watching this?” I kept asking Alex. “This isn’t a way to have a fun night.”

“Just give it a few more minutes,” he kept saying. “It gets good.”

But in the end, I felt too spooked and we turned it off — and then I watched a few minutes of Schitt’s Creek to cleanse my palate.

Remember this spoof trailer which makes The Shining look like a romantic comedy?

And this When Harry Met Sally trailer remixed as a horror film?

Do you watch scary movies? What are your favorites? (Even though I’m a wuss, I liked Parasite and Get Out.)

P.S. The TV shows I LOVE, and what’s your comfort movie? Plus, 9 couples with the best on-screen chemistry.

307 COMMENTS
WRITE A COMMENT
Design
most popular
01
My Sister’s Home Makeover
02
John Derian Lives in a Sea Captain’s House
03
What Are Your Top Three Books?
04
The Ultimate TV Guide (If You’re Looking for Something Great)
05
Behind the Scenes: Making a Magazine Cover
May We Suggest…
By Joanna Goddard
Design
Four Fun Things
May 28, 2019

I trick myself into thinking I *want* to watch a scary movie every October. Went too far a few years (Get Out and IT) but this year The Craft was just scary enough for me. THE REAL WORLD IS PLENTY TERRIFYING FOR ME, THANKS! I also did a palette cleanse with Schitts Creek before I could go to sleep.

No horrors for me. I didn’t use to mind reading horror ages ago (was a big Stephen King fan) but not watching them, I don’t like scaring myself and don’t find it fun. Husband has to wait until I am out until he can watch one!

The most disturbing one was Eraserhead – an old black and white one – too disturbing!….

SAME! Is she just being tongue in cheek/ trying to scare people? I know it was originally marketed as true for extra spook factor, is she doing a play on that? It’s so confusing!

I’m so surprised that nobody mentioned Hereditary — MY GAWD — the imagery still hasn’t dissipated from my mind and I first saw it two years ago. Brilliant storytelling and filmmaking, though. It’s hard to make horror truly believable, and the sudden twists in this film are incredible.

My boyfriend will watch one horror movie with me per year – for Halloween. He is a scaredy-cat which is why he reads the Wikipedia article about the movie before we watch it, so we can both “enjoy” it together. This year we watch “The Invitation” which is about a dinner party that slowly turns from weird into creepy into horrifying.

Why are people, Joanna included, calling Blair Witch Project a true horror film?? It’s…not. At all. They’re all actors. I’m so confused.

I LOVE LOVE LOVE horror movies (I could talk forever about them, but some favorites are The Babadook, It Follows, and honestly The Last Exorcism was pretty terrifying up until the very very end). But, if you don’t like to be scared but want a good Halloween movie, Arsenic and Old Lace is one of my all-time favorites. It stars Cary Grant and it’s HILARIOUS!

I was just talking with a friend this morning and explained I haven’t seen a scary movie in over 10 years. I swore them off one day after realizing they made my life much less enjoyable and peaceful after watching (scared to go to the washroom at night, jumpy after any noises) and also that they’re just a negative form of entertainment. Especially the ones that are based on true stories…if someone rents a cabin in the woods and gets brutally murdered, why are we watching that for entertainment?

Not a fan! I always say: There’s enough anxiety in everyday life, why would I want a heightened state of that for 2 hours? My first horror movie was texas chainsaw massacre in grade 6, I don’t think I slept for weeks after that.

My 16 yr old son and I LOVE watching scary movies together :) We watched The Haunting of Hill House and loved it, but aren’t finding The Haunting of Bly Manor as scary. We can’t find movies scary enough for us! ;)
Also, I am OBSESSED with the 1979 film Dracula, starring Frank Langella. He is so handsome and charming , and the film is perfectly moody and dark, and the PERFECT Halloween watch!

All I can think about while reading this post is how my mom warned me to NEVER, EVER read Pet Semetary.

And I never have! Her warnings were too serious and she seemed almost frightened by her experience reading it as a teen.

Oh that was an awesome book! It’s a horror story that is really about grief. It’s a classic.

Nothing can beat the palpable apprehension of watching Grace Kelly’s character traipse around Thorwald’s apartment in ‘Rear Window’.

The Blair Witch Project was my last true horror film. It terrified me. My husband and I had a camping trip planned for a week or so after we saw the movie and I refused to go through with it because . . . what if there was a witch in the woods?!! And I slept with the lights on for at least a month. My husband had to endure all of this along side me, and, although he is a fierce feminist, he firmly declares that I am no longer allowed to watch horror movies. And I, who am also a fierce feminist, just shrug my shoulders and say, that’s probably for the best.

Hard pass on scary movies! I used to love them when I was younger, but after having kids I’m such a weenie and I hate to be scared!

I think Blair Witch Project is the scariest movie I have EVER seen–only once! Especially–and it has been a few years–like the last scene I think it was! Terrifying! Would not want to watch again!!!

I’m surprised there’s not more love for Pan’s Labyrinth — that movie was a seminal fantasy-horror experience for me. The fact that the narrative was told from the little girl’s perspective, and you’re never sure whether the supernatural elements were all a figment of her imagination or if they were all really happening? Mind-blowing! And then there’s the fact that there were all too real monsters, like her cruel stepfather and the fascism sweeping the country the protagonist lived in, so it added another layer of menace to the proceedings. Not to mention the really brilliantly inventive and creepy images from the movie that just stay with you and give you chills — I can’t recommend it enough!

Guillermo del Toro has some great films. My favorite is the Devil’s Backbone.

I get why it’s fun to feel scared in the moment and watch a scary movie, but I just can’t stop wondering about what happens when we keep filling our brains with horrible stuff. I have just today got back from camping in the forest with some family and friends. While we were all enjoying the peace and connecting with nature one of our group kept saying things like “what if someone looks in the windows at night?” Or “this looks like the kind of trail we would get murdered on” and then later on unrelated during chats told us his favourite movie genre was horror. It was like the beautiful peaceful experience the rest of us we’re having had been ruined for him because he had filled his brain with horrible scenes. I guess I’m wondering if the fun of watching scary things in the moment is worth missing out on feeling the peaceful stuff the rest of the time.

This rings so true to me. I don’t like scary movies or to dramatic series because they truely effect my mood in a negative way!

Reply
A
Reply to  Kena

But, was it ruined for him? Because he might have thought those spooky feels out in the woods were fun!

I love horror movies. Always have.
I was actually just about to watch one but wasn’t sure what and then came upon this thread. Was excited for some good recommendations but it’s mostly people saying they don’t like horror films ?. I just love the excitement and tenseness. Nightmare on Elm street has always stayed with me as a really scary concept. Not being able to fall asleep or else..

I’m with you Ellie! Horror movies are the best! Have you seen The Witch? It’s excellent and good for Halloween. Also- and only for hard core horror lovers- I recommend Midsommer. Just wow. Also “lights out” was great.

I am a total wimp but my group of bestfriends LOVE horror movies and of course I have been dragged to watch many of them together. It has become a practice for me to shut every living pores while they all giggle in excitement. I found that Asian horror movies are way more terrifying (maybe because I am an Asian?), followed by anything religion/cult like. I remembered watching Shutter years ago where I was late to close my eyes on one scene, ugh, it stays foreverrr.

For any wimps like me who want to see Get Out but are a little nervous, this article saved me and let me be able to watch it! I wish there was something like this for all jumpy movies.

I am more of a mystery person, but I did really like John Krasinski’s A Quiet Place. I don’t know what genre to put it in- doesn’t really seem like horror, maybe suspense? Sci-fi? And I don’t mind a good ghost story either (was recently thinking about Ghost Town, with Ricky Gervais, which had a lot of humor in it)

I am more of a mystery person, but I did really like John Krazinski’s A Quiet Place. I don’t know what genre to put it in- doesn’t really seem like horror, maybe suspense? Sci-fi? And I don’t mind a good ghost story either (was recently thinking about Ghost Town, with Ricky Gervais, which had a lot of humor in it)

Yes! HUGE horror movie fan. I love pretty much every sub-genre within the genre, except sexual violence/torture/extreme violence (sorry Hostel and Hills Have Eyes, you’re out for me). Some top of mind faves are movies by Ti West (The House of the Devil, The Innkeepers), Jordan Peele (Get Out, Us), fun 90s classics like Scream and I Know What You Did Last Summer, Japanese horror (and the remakes) like The Grudge and The Ring. As far as shows go, Lovecraft Country and Bly Manor (which ended up being less spooky by the end) were both amazing, best horror television I’ve seen!