Help! Which Color Should We Paint Anton’s Bedroom? 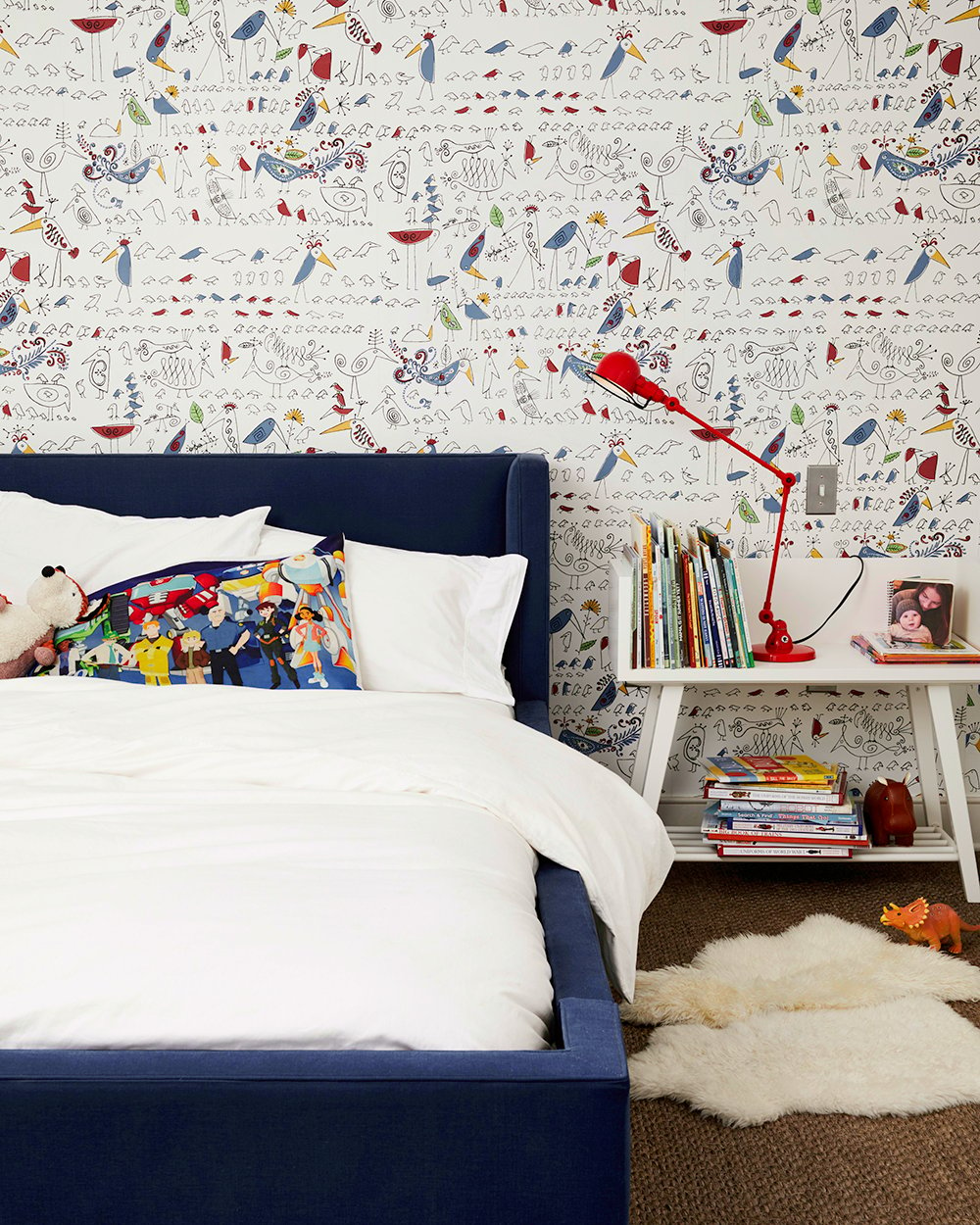 After four years of having an accent wall in his bedroom, seven-year-old Anton suddenly revealed…

…that he was scared of the birds. “Their beaks look too sharp at night!” he said. Maybe that’s why he scampers off to Toby’s bed every night? So, we decided that the wallpaper had had a good run, but now we could remove it and instead he could choose between three bedroom paint colors: 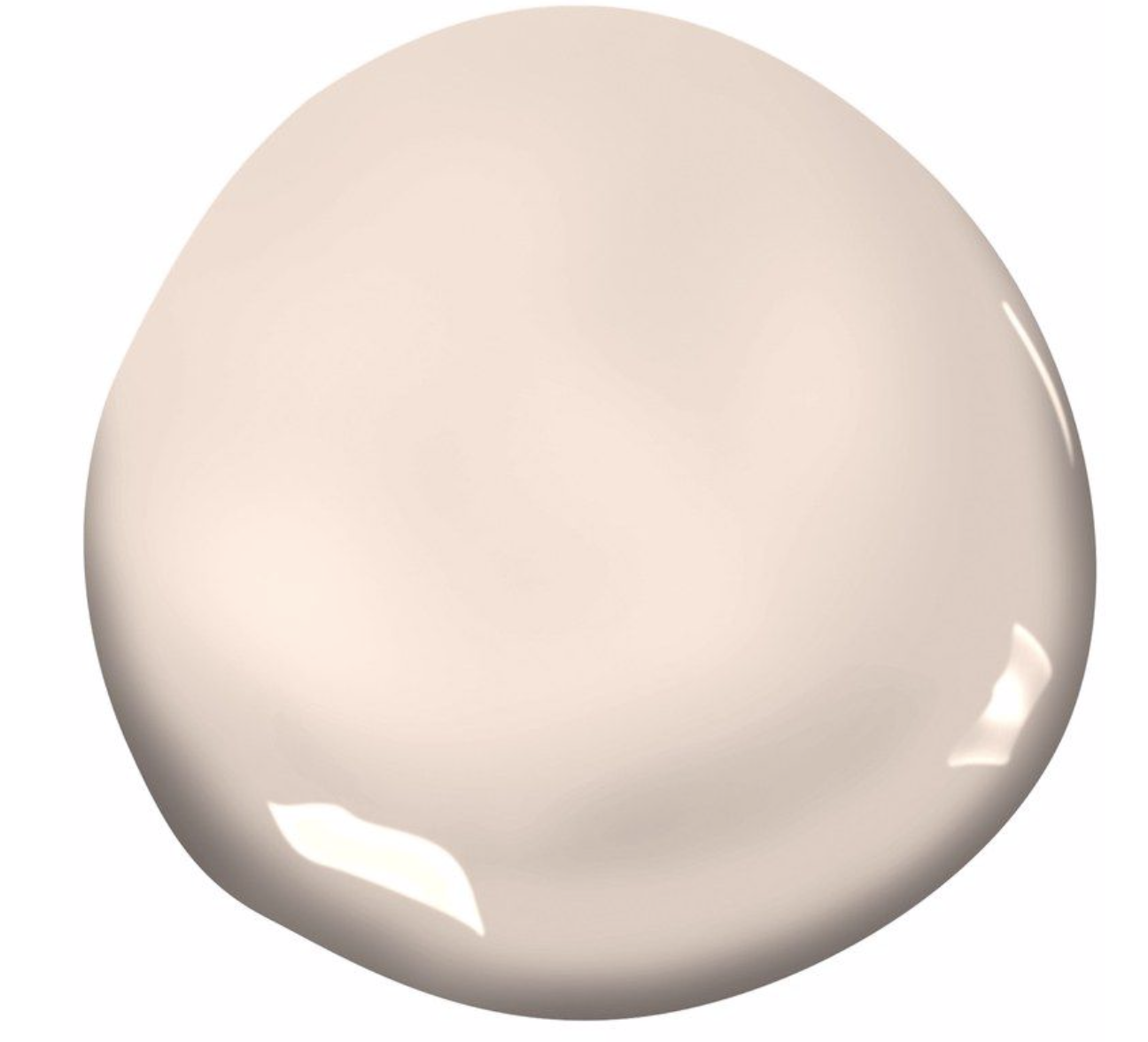 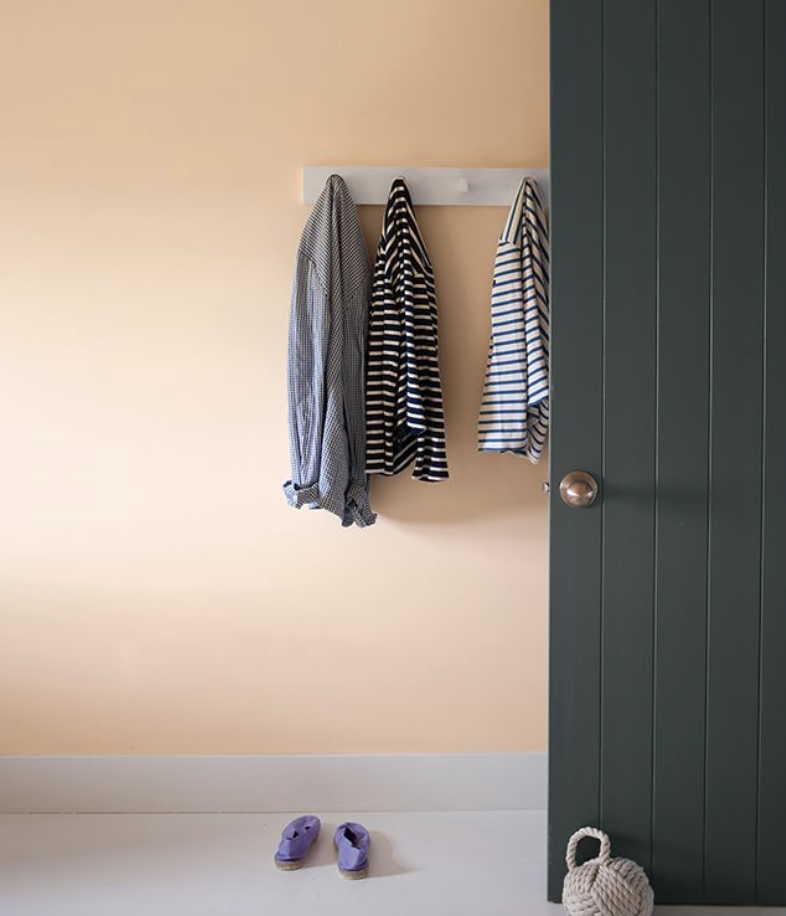 First, he liked Benjamin Moore’s Peach Parfait, a soft peach that feels like a creamsicle. The catch: Will it feel too similar to our pink bedroom? 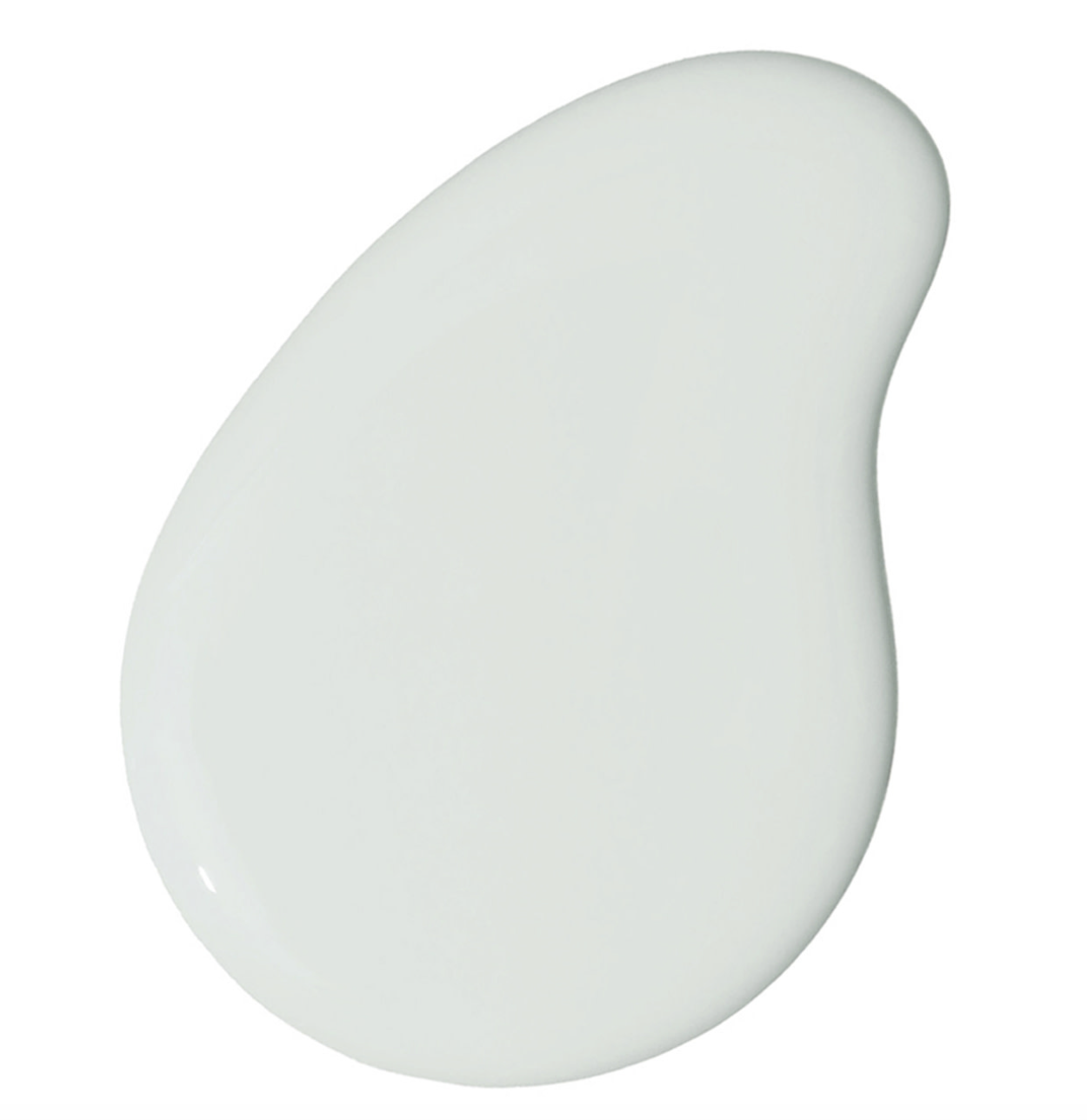 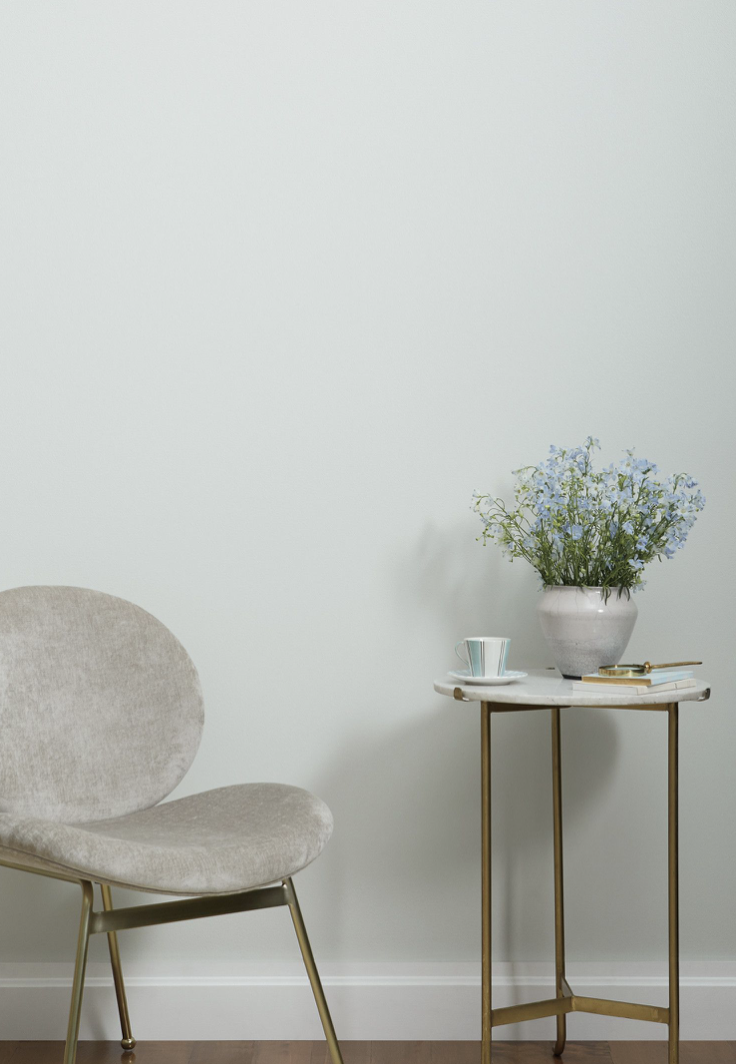 Clare’s Chill is a soothing barely-there gray with a green undertone — and Anton likes that it’s similar to his friend’s bedroom. The catch: Will gray look too stark in the winter? 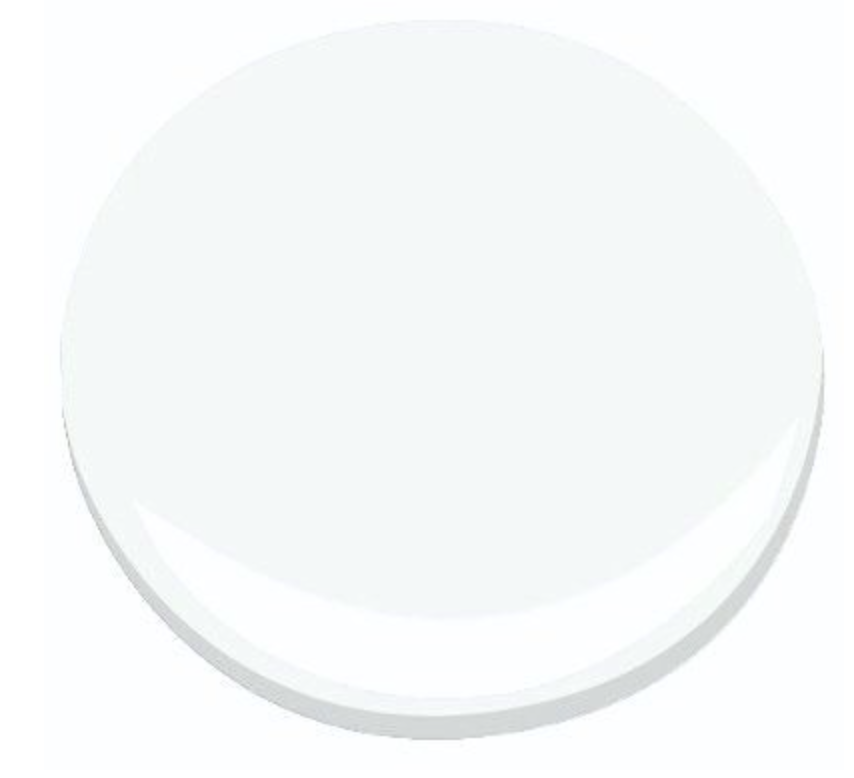 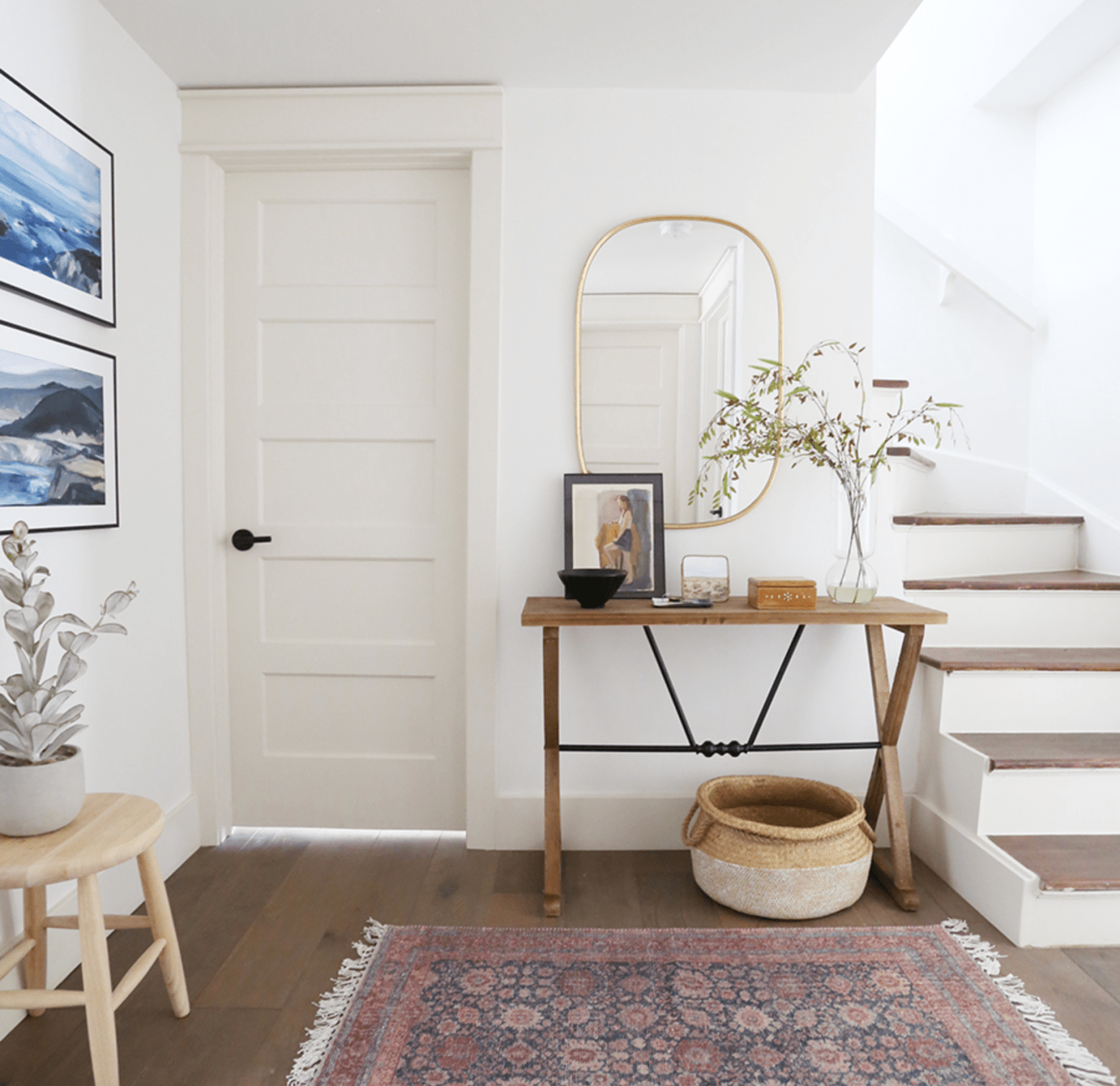 Benjamin Moore’s Chantilly Lace is the perfect not-too-blue, not-too-yellow white we’ve used in the rest of our apartment. The catch: Will it actually make the room feel darker? Designer Emily Henderson warns that white paint can make small rooms that don’t get much natural light feel “dead” and “flat.”

Please advise: Which color do you think would work best? Which would you choose? Thank you for your input — we’ll paint this week and then share the results!

P.S. Our Brooklyn home tour, and choosing our own bedroom’s paint color (here’s the final).

271 COMMENTS
WRITE A COMMENT
Design
most popular
01
My Sister’s Home Makeover
02
What Are Your Top Three Books?
03
The Ultimate TV Guide (If You’re Looking for Something Great)
04
Catherine Newman’s House Is a Joyful Jumble of Books, Games and Cats
05
Behind the Scenes: Making a Magazine Cover
Subscribe
Login
271 Comments
Inline Feedbacks
View all comments
Kelly Fields

What color is the trim in the last picture with the Chantilly Lace on the walls?

the trim is seapearl by Benjamin Moore! here are more photos, if you’d like to see:
https://juniperhome.com/2019/05/evergreen-hallway-reveal-and-wayfairs-memorial-day-sale.html/

I agree that Anton should decide- but I’m a fan of the peach- so warm!
Also, kids are scared of surprising things- I’m sure I was as a child. My older kids still talk about the vent in their old bedroom and how scary it was.
I sit with my 8-y-old every night as he falls asleep because I remember how scary that time and the dark can be.

He chose peach, so peach!

I’d say, let Anton decide! (On the principle that he’s the one most affected by the decision.)

Choosing my own paint colour was a highlight for me! I went with this amazing teal on all 4 walls! https://www.dulux.com.au/specifier/colour/cape-pond

My dad spray painted an old vine from the garden silver and put it in my room so I had this magical tree with fairy lights and this incredible colour on the walls! Remains one of my favourite colours to this day :)

One design trick I read about was to get a quarter of each paint colour and put it on the wall for a week and see how it is at different days and times. It’s great Anton has a lot of say in the decision or you could do another wall paper that he’ll love. Can’t wait to hear what you choose!

YELLOW! YELLOW! YELLOW! A light yellow will brighten up the room, it’s cheery. You could even get a small sample can of a yellow with a tiny bit of orange and paint a sunshine on the wall! Like so many others have said, it’s only paint.

Let him choose! Its only paint, even if clashes with the rest of your decor. Its an expression of him and his space.

Let him paint it a crazy color. You’re only a kid once. My daughter surprised me by picking a very elegant mint green for her room. My son is colorblind so he loves bold blue and thats what he picked for his room. Ask him what his favorite thing is and pick a color from that. Hopefully if its more his own he will start sleeping there.

Give him 3 choices of color (your picks of course) and let him choose from those. It will give him the final decision and you will be happy too!

I love seeings all the books on his nightstand. Where did you purchase the nightstand from? Would love to have it in my 2 year old’s room, too.

This honestly feels a little precious to me. It’s just paint — who cares if it’s close to another color in the house, or clashes too much?

As a 10 year old, I decided I wanted my room to be nearly-neon lime green. My mom shrugged, said I’d have to help paint, and we got it done the next weekend.

I agree, best not to overthink it. The thing that makes a room isn’t so much the paint colour as it is how you accent/dress it up with other pieces of furniture, textiles, wall accents, lighting, etc. Kids’ tastes tend to change on a dime as well so there’s really no need to get too hung up on one choice over another.

i love the creamsicle peach parfait for him! just too sweet!

I love the grey one!

Really, it comes down to what Anton would like regardless how it fits with the rest of your decor. It will likely change a few times over the next few years in any event. The white would be the safest choice to be be able to add/change decor as he grows up.

Perhaps I’m biased because my name is Claire, but Clare’s Chill looks like a winner to me! :)

I love the greenish white! Has versatility and longevity to it for a boys room… maybe I’ll do my own guys’ rooms over, too! Thanks for the inspo!

It’s not on the list, but Benjamin Moore’s Palladian Blue is the most soothing, magical bedroom color imaginable. xo

We just painted our 9 yo son’s room Palladian Blue and it’s so beautiful!

That red lamp would look particularly good in front of chill, I think!

I vote Chill! I had a bedroom close to the peach color when I was growing up, and I loved it for a while, but as I started to more grow up, I kind of got tired of it?! I love the Chill color and think that it would work well in a small space! I also think that he will not get tired of the color in the long run. Cannot wait to see what you do!! :)

We have a color similar to Chill throughout most of our home and in my daughter’s tiny bedroom. I think the effect in winter is very beautiful and calming – it really looks good in any light. And the green undertone (or blue undertone, in our case) will keep it from looking bleak, I think.