The 20 Greatest Recipes of All Time 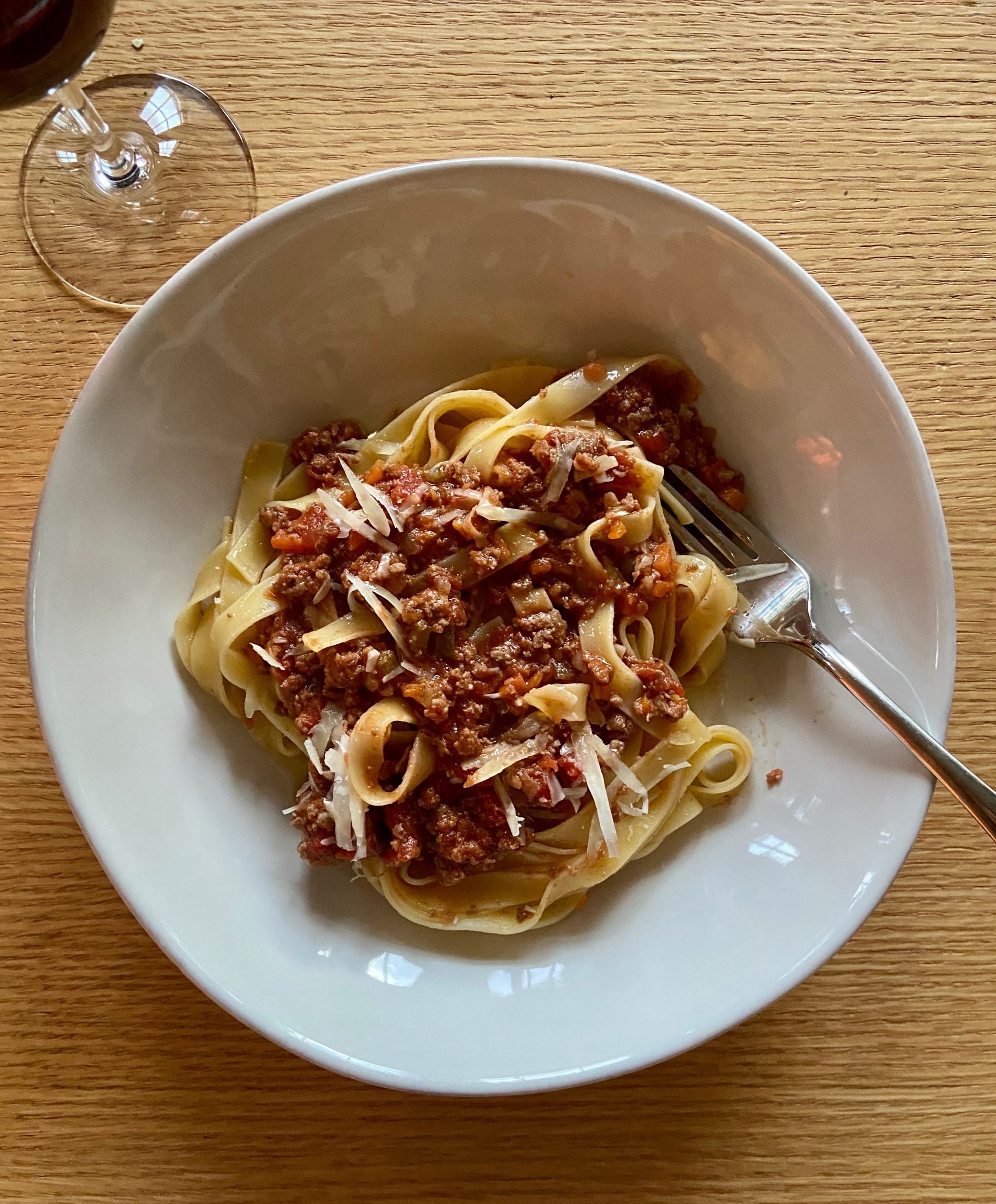 Even during normal times, the world loves a bucket list, but I find these days, the concept is even more appealing…

For those of us lucky enough to be in good health or able to steal a break from home-schooling/zoom-meeting/toddler mania, when will there be a better time to see a few of the 100 Greatest Movies of All Time, or attempt to read a novel off the list of Best Books of the Century or queue up one of The Best 50 Shows on Netflix? (I’ll answer that question for you: Hopefully never.)

But as I was mentally checking boxes on the film list, and queuing up Unorthodox on my laptop, and considering Turn of the Screw for my next book club selection (but really only considering), it occurred to me: Where are the Greatest of All Time recipe lists? I mean, certain famous recipes show up over and over on Instagram these days, and of course, you’ll find perennial Most Popular Recipes lists on specific websites, and Kristen Miglore is a genius herself for shepherding Food52’s Genius Recipes all these years. But where is my Bucket List? I decided to take the matter into my own hands…

How many of these have you made? (They are all famous enough to be google-able.)

Have you made any of these in the last eight weeks? Since mid-March, I’ve personally tackled the pan-banged cookies, the waffles, and the brown butter Rice Krispie treats. My husband cooked up a batch of Marcella Hazan’s bolognese for my birthday because he knows that there is no meal on earth that makes me happier. There’s a reason why that recipe is famous — all day long the meat sits on the stovetop cooking down, absorbing the tomatoes and milk and wine. The gentle simmering is like a constant, lovely whisper saying: This is going to blow your mind. And it does, every time!

What would you add to the list? What would you remove? Feel free to disagree with my selections — the arguing is, of course, the most fun part of compiling a list in the first place.

In a Dutch Oven or large heavy pot, add the onion with the oil and butter and saute briefly over medium heat until translucent. Add the celery and carrot and cook for 2 minutes.

Add the ground beef, crumbling it in the pot with a fork. Add 1 teaspoon salt, stir, and cook only until the meat has lost its red, raw color. Add the wine, turn the heat up to medium high, and cook, stirring occasionally, until all the wine has evaporated.

Turn the heat down to medium, add the milk and the nutmeg, and cook until the milk has evaporated. Stir frequently.

When the milk has evaporated, add the tomatoes and stir thoroughly. When the tomatoes have started to bubble, turn the heat down until the sauce cooks at the laziest simmer, just an occasional bubble. Cook, uncovered, for a minimum of 3 1/2 to 4 hours, stirring occasionally.

P.S. Cup of Jo’s 12 most popular recipes of all time and the world’s best strawberry cake.

I appreciate this list, but when I think about the people who taught me to cook (my mother and grandmother) and about the friends who have shared their favorite recipes with me or cooked for me, and my own experimentation in the kitchen for more than 35 years, these recipes pale in comparison to those that have fed my belly, heart, and soul over decades. I admit a bias against blogger recipes, because many are “adapted from” (stolen from) or highly unreliable.

There’s nothing more comforting than a plate full of spaghetti with bolognese sauce! And the pan-banged cookies!
Also, may I dare to suggest this homemade no-churn chocolate ice cream (https://www.thehungrybites.com/best-homemade-chocolate-ice-cream-recipe-no-churn-no-eggs/)? It’s the best!

I know this is late but I just made it and it was smash with everyone! Thanks for the recipe!!!

Great list! Adding…
– NYT Shakshuka (I think by Melissa Clark)
– Not Without Salt (Ashley Rodriguez) Chocolate Chunk Cookies
Have lost count of how many times I’ve made these and each time: perfection.

Bolognese every time but not with celery, I use green and red peppers instead. And chocolate in every form!

I spent several hours last week pinning and finding recipes inspired or directly taken from this list and these comments. I forgot how much fun it is to cook something that you’re *excited* to eat- much better than the mundane “protein, starch, vegetable, dairy” checklist that ensures my kids hit their nutrition goals. We have been eating so much beautiful food! Thank you for this post!

I made Yotam Ottolenghi’s Tofu and Black Pepper yesterday and oh boy… This was a waste of ingredients. I trust Ottolenghi with my (culinary) life, so I blindly followed the instructions and put 5 tablespoons of crushed pepper corns.
Even my dad, who puts heaps of black pepper on everything (!) could not finish his plate. It’s not too spicy but just too … peppery.
I will try it with one teaspoon of pepper next time, because the sauce was excellent by itself.

This list surprised me so much, no Nigella, Jamie, Mary Berry, Hugh FW, Delia, BBC Good Food … then I realised, it would be completely different across the pond. So happy to see Ottolenghi has made it though and you’ve just given me something to do this week, investigate all those recipes!

Each end of summer I make marion burros plum torte and each year I think I messed it up and the cake mix is too little and then it rises and envelopes the juicy plums and all is good with the world.

I just made David Chang’s Bo Ssam and it was a huge hit! Definitely a keeper

I’m dying to know which chocolate cake, since there are so many Maida options! Thank you!

I was wondering the same, but after some digging am guessing it would be the torte?? The Times has an article mentioning all the best, saying that none beat that one.

Ina Garten’s BEATTY’S CHOCOLATE CAKE is my new favourite and I make it for myself at least once a month. This came will brings you to a happy place.

Turn of the Screw is so good!!

Ooh, love this thread and reading through other people’s lists!

This is a great list too! (I’ve made the Ottolenghi turkey burgers and Melissa Clark’s salmon, too, and have shared these recipes so many times as must-makes! DELISH.) Must try some of these others. Thanks for sharing.

The only one of these recipes I’ve made is the brown butter rice krispie treats and I was underwhelmed.

One I make frequently but is not listed here is the 15 Minute Keeper (aka avgolemono). It’s delicious!

Recently I went to the Japanese market in my city’s Little Tokyo district where they sell beautiful fish. Because both the fish monger and I were wearing face masks and trying to stay 6ft apart from one another we had a little misunderstanding of how much black cod I wanted to purchase (about 2 lbs) ….. I went home with 6lbs of black cod!!!
I’m so happy to see a recipe for it here! A small quarantine silver lining.

I struggle with Julia Child’s recipes, but I make her Beef Bourgignon for my family on Christmas Eve. I made it one year and then they kept requesting it year after year. We make homemade French bread to go with it and it is so good.
I would also add Parker House rolls to the list. Sometimes its the simple recipes that you grew up with that taste the best.

Her pork loin recipe is a regular in our house.

Glorious. Thanks for this list. Also, the staff from Noma in Copenhagen are currently posting recipes on instagram that their chefs are making for staff and their families. Divine! Also instagram stories of foraging for herbs in the Denmark countryside. I love it when the best chefs in the world suddenly open a door into their genius and we get to peer in. https://www.instagram.com/nomacph/

This is one of my top 20 for sure: http://recipes.farmhousedelivery.com/savory-butternut-squash-tart-with-pancetta-and-gorgonzola/

It is what I make when I want to feel fancy or impress guests. Sometimes I use prosciutto instead of pancetta. I often roast the butternut squash slices instead of doing them on the stove, because it’s much easier. And you don’t need nearly as much butternut squash as the recipe suggests. BUT it’s so delicious and looks impressive even though it’s not all that difficult to make.

I adore you! Which ones would make your list on the 20 greatest for working parents of toddlers during pandemic??
They all made my mouth water but I don’t have the energy. Your cookbooks are more my style right now!! But I dream about the day I can return to that kind of cooking!!

Second that Martha’s Mac n Cheese is to die for. I also hate to say it, but am I the only person who doesn’t love Smitten Kitchen? Have had so many issues with her recipes over the years, and then go to look at the original and find significant errors in the transcription…

Yes you are the only one. Everything I have made of hers is perfection.

I don’t really like her recipes either! They are SO needlessly complicated and always start with a super long winded story that I don’t care about at all, haha. If I’m going complicated, I’d rather have the herbal and fresh flavors of Ottolenghi to show for it at the end.

Smitten kitchen is almost always my go to but I do skip the story if I dont have the time. (;

Nope. You are not the only one. I enjoy reading her blog and appreciate the effort she makes to maintain it and the sheer variety of her content but have often had her recipes fail on me and I am an experienced cook and baker.
Some have worked, yes, but I have had more fails than not so now I just read her blog but go elsewhere for recipes.

You are not the only one! I loved her blog for years, but I was shocked after making several recipes from her cookbook and being almost universally disappointed. It seemed obvious that the recipes had not been thoroughly tested before they sent the book to print. I still love a handful of her early recipes – I make the brown butter rice crispy treats for every office potluck – but I’ve found other cooking blogs that are much more reliable.

The Silver Plate’s Chicken Marbella recipe was told to me in a whisper as I was leaving a potluck by my aunt. “The best dish ever” she said. I have made it, and riffs on it, many times since then, and always think of her, and her “secret”

The buttermilk chicken!! I tell everyone about it. It’s stupid easy and always comes out so good! My husband and I also made the yeast waffles for Easter brunch. We called them “He is Risen” waffles, get it? :) And although I haven’t made the brown butter Krispies treats during quarantine I have made them many times and always get rave reviews!

I’m shocked not to see an Ina Garten recipe here! But it makes me think the others must really be THAT good, so I’m excited to try these!