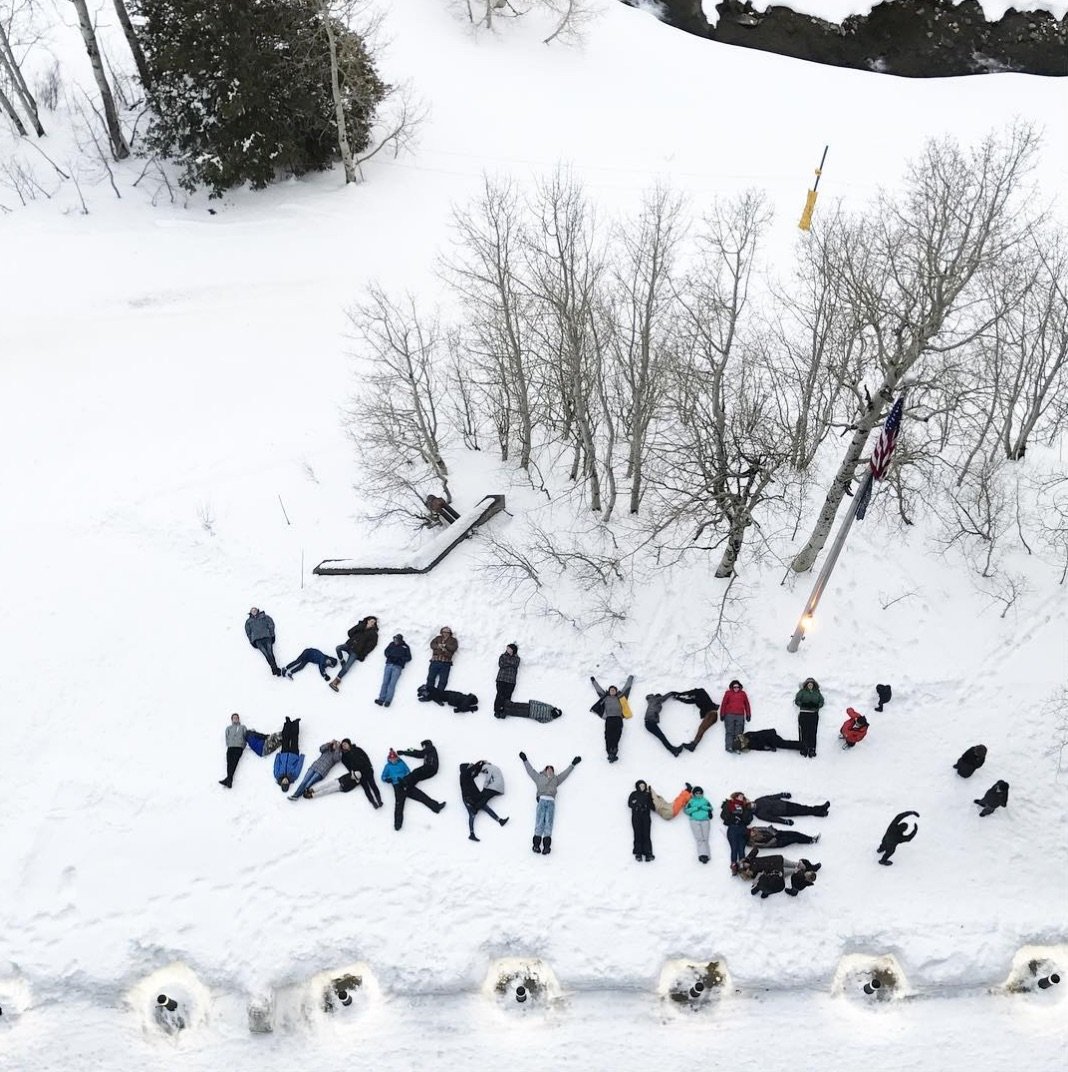 Last winter, Bailey and Spencer got engaged in the mountains with the help of their friends and family. How cute is that? Here’s how it went down…

I woke up right before we were leaving for the ski resort, so I just pulled on my ski clothes. My mom, who knew about the proposal, was like, ‘Don’t you want to put makeup on?’ And I was like, ‘Mom, I’m just going skiing!’

All day, I noticed that Spencer kept touching his ski jacket pocket, which was weird, but I didn’t think much of it. That evening, he suggested we go to the top of the ski lodge to watch the sunset. He walked to the edge of the balcony and said, ‘This is really cool, look down.’ And I saw all these people lying in the snow, and I was like, ‘Wait, that’s my dad! Those are my friends!’ I was so confused. Then I realized they were spelling out the words, ‘Will you marry me?’ It took me a second!

All day, I felt nervous — not that she would say no, but that she would find out what was going on or that people wouldn’t be lying down the right way or that I would lose the ring. I had spent weeks and weeks planning it.

My mom was in charge of coordinating the letters, and I helped get everyone there. All Bailey’s family and friends came to surprise her — one person from as far away as Thailand!

My dad texted and said, ‘Come see the view, it’s pretty amazing,’ which was our code for making our way over there. We went 10 stories up on a ski resort, and I told her to look over the balcony. She started laughing when she realized what was going on and I got down on one knee.

Our friends all complained later about how cold the snow was — they had to wait for us to get there and they were freezing and getting wet! But afterward we all met at the bottom of the lodge for donuts and hot chocolate.

Bailey’s dad kept saying how much he hates snow, but he was willing to do that for his daughter. It was really cute. He was the ‘I’ in the ‘will.’ 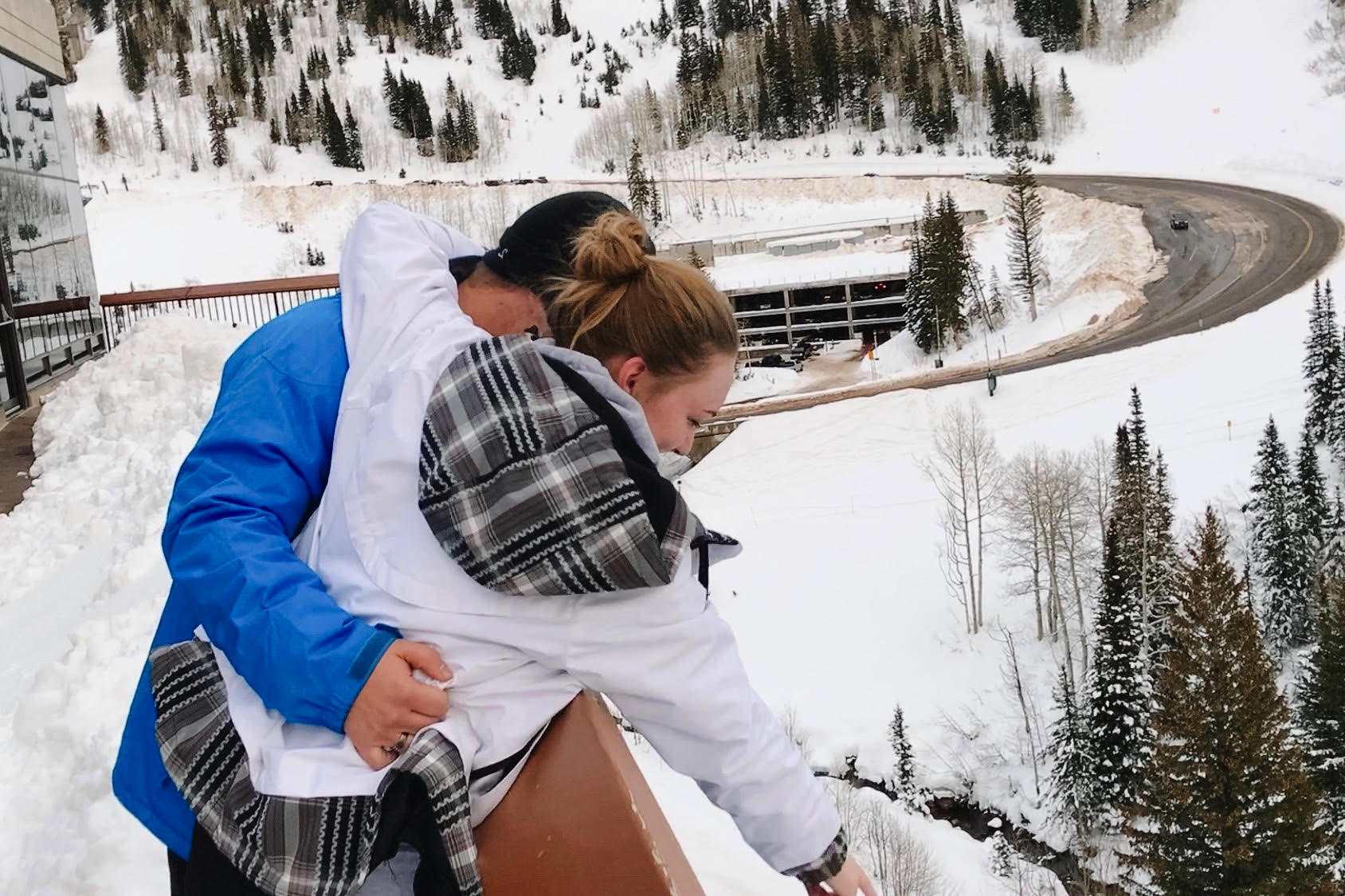 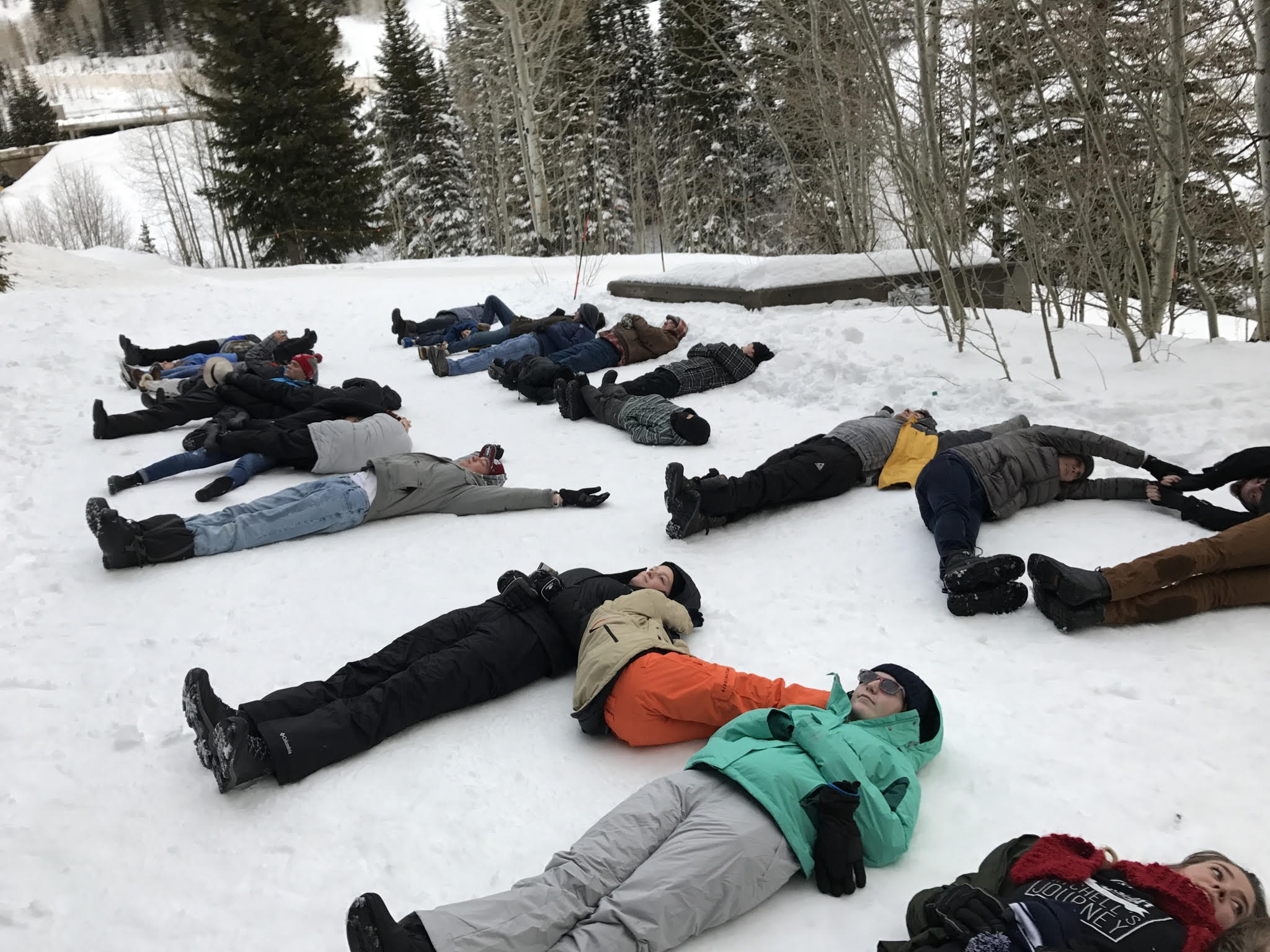 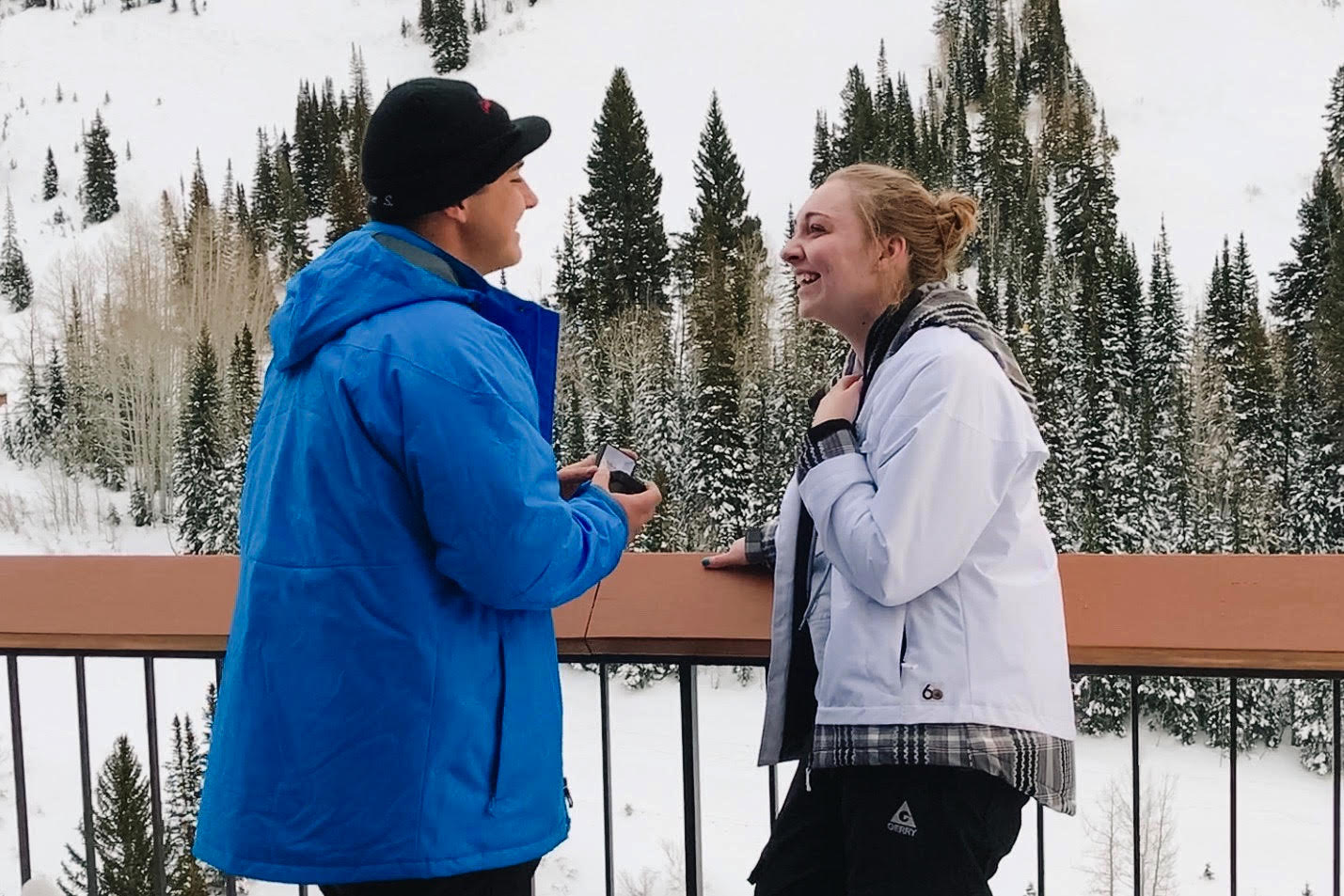 Congratulations, Bailey and Spencer! How sweet is that? If you’re engaged, how did it go down? I also love the idea of just talking about it.