A New Way to Get Engaged 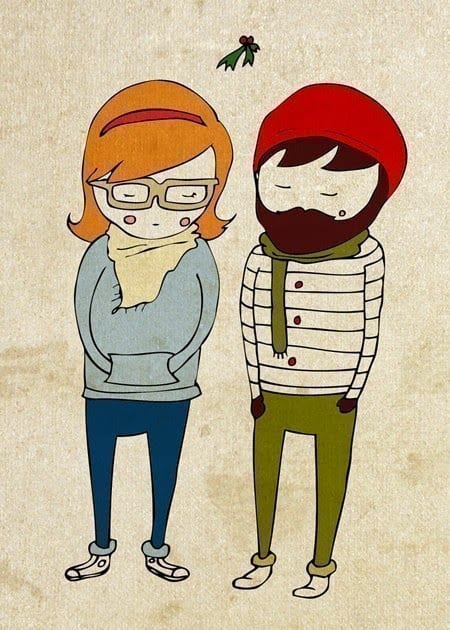 My friend Nora got engaged this summer, and her engagement story actually felt kind of revolutionary…

In early August, my boyfriend, Stan, and I went to a B&B in Vermont for a long weekend. We wanted to get out of the city and hike. I had been thinking for a couple months about how to talk about getting married. Our past conversations — about, say, dating exclusively and moving in together — had always been very organic and easy. So, one afternoon, we were lying around and I said, “You know what I’ve been thinking about?” And he said, “Tell me.” And I said, “I’d really like to get engaged, I love you and want to spend my life with you.” And he said, “Me, too!” And we started kissing and crying, and it was so romantic.

The whole rest of the weekend turned into a very chatty weekend. We talked about what marriage meant to us, the religion of our future children, when we would want to have kids.

When we got back from the trip, we invited my parents to brunch at our favorite NYC diner. We told them that we were going to get married, and my dad said, “Welcome to the family!” and my mom started crying — which is exactly what I had told Stan would happen. Then we went to design a ring together, and Stan and I made decisions together on what looked best.

Later, when we were telling our friends the story, they really struggled with details — like, what’s the date of the anniversary of your engagement? And we were like, um, not sure, it has been a process. My friends would ask, So, are you actually engaged? Did he propose? What did he do?

Our conversations in Vermont, and talking to my parents, and going to design the ring, and telling people, and picking up the ring, and telling my sister and his mom…all of those things were joyous. There was never any moment where I was waiting or wondering or anxious or analyzing. I was never in the dark, I was just happy and calm every single step.

I love big proposal stories for sure, but a few of my friends will be the first to admit that they’re a little twisted up, they’re waiting, they feel at sea and out of control of the engagement decision. They hesitate to bring it up to their boyfriends, as if it’s a decision that he has to make, a trigger he has to pull. That can be an unsettling feeling. For us, it worked because we took ourselves through it every step of the way. I never felt like I was waiting for him to do anything. We decided together, and we moved through it together.

Thanks (and congratulations), Nora! What do you guys think? Alex proposed on a boat and I adored it — but there were a few months beforehand where I wanted to discuss getting married, but I felt like I couldn’t bring it up without looking desperate. Which is kind of nuts when you’re making such an enormous life decision. There’s no other major decision — moving in together, having children, buying a house, moving cities — that you wouldn’t discuss together as equal partners, right? What do you think? Did your partner propose? Would you consider talking about it openly and moving through the process together? I’d love to hear… 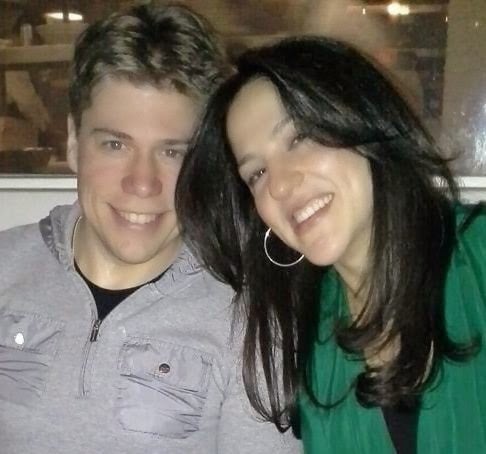 P.S. Will you change your name when you get married? Or elope?

143 COMMENTS
By Joanna Goddard
Relationships
How Cute Is This Marriage Proposal at the Met?
May 6, 2021

233 COMMENTS
By Kim Rhodes
Relationships
A Date Moment I Still Think About
November 21, 2019

I really wanted the protect proposal so I kind of planned my proposal….. My husband was happy to follow a plan I made, that meant he didn’t have to think of one! It was a scavenger hunt to places that are meaningful to us. I told him I wanted my friend with me, not alone the whole time wandering around the city getting clues. That seemed lonely. I even told him where I wanted the final destination to be when he proposed!! It was so so so beyond perfect and he thought of the sweetest places to send me. I like proposals more than weddings because weddings are STRESSFUL and the proposal was just FUN.

It has been me who proposed. We’ve been doing some cleaning up in our new flat and when having a rest I just asked: “How about getting married now?” And he said: “Ok, I’m going to book a date at the city hall on Monday.” And that was it. Come to think of it, probably it does not matter how or where it happens, once you want to marry the other person and the feeling is mutual, you allways remember it with fondness and consider it romantic.

There was no way my fiance’s and my engagement was ever going to be a surprise. We love talking things to death way too much for that to happen. We actually started talking about it two years before it happened, discussing timelines, expectations, what it meant to us. And then 9 months before he proposed, we picked out a ring together. Even when he did propose, while we were on vacation in Spain, he didn’t ask, “Will you marry me?” He brought me into it: “So what do you think, should we get married?” Every step of the way felt romantic, and mutual, and safe, and entirely us. I understand wanting the element of surprise, but I loved our multi-tiered engagement process. Ultimately, there are a million wonderful ways to enjoy an engagement — I’m just thrilled to be seeing more diversity in the process!

We were sitting in the parking lot, having just left his sister’s wedding. He turned to me and said, “I’d love to marry you!” The ring didn’t come until our 15th anniversary — we didn’t want to rush into anything!

That’s similar to my story.

At one point, I was telling my partner about something that I thought he should know about, since we had been together a while and were clearly serious about each other. He said, ‘It’s okay. I have been planning to marry you unless you object.’ And I said, ‘I planned to marry you, too.’

Later, he proposed with a ring, because he’d always wanted to. That’s when we announced it.

I can’t imagine being surprised with a proposal. What if you haven’t discussed important details yet?

I really adored this story. My boyfriend and I know that we’d like to be together, and yes, eventually get married, but we’re very casual and open about the process. I don’t want an engagement ring (or at least a diamond) because I’ve never been a big ring person, but a wedding band would be nice. Also, I came to the conclusion a few months ago that I’d like the wedding to be very small, just our immediate family and an officiant, at a private room in a restaurant (but decorated!) To make it a little wild, the Pt. II would be a surprise “reception” a week or so later to reveal our marriage to all our friends and family! I don’t like a lot of attention on me (I’ve rarely ever had a birthday party) so a big wedding doesn’t appeal to me, but surprising our friends and family like that would just be a blast!! The best part is that my boyfriend is 100% down with this idea! ;)

This is so cool! Yeah, that’s what I imagine I would do for my wedding. I never saw the romance in the actual wedding day. For me the romance was always about the man I’d marry. I’d love to be able to surprise my friends and distant relatives about a wedding party, and keep the wedding itself kinda secret.

This was us, too. We just talked about it and told our family and friends like any other decision we would make together as a couple. I don’t have/didn’t want an engagement ring- just the wedding band. Having one ring suits my style best. Come to think of it, I picked out my ring on my own and we chose his together.

I love this story and all the comments!
We discussed together. We had already booked the venue, sight unseen due to limited availability, and were planning the wedding. We had talked about marriage and what it means to us. My husband asked if he could still do an old fashioned proposal, which was ok with me since I already knew when we were getting married.
We went together and asked for my grandmother’s engagement ring (already offered). The two of us went to visit the venue (an old 1930’s CCC park within a state park), and after the tour, on a bridge he did asked me to marry him. It was very sweet, though I was terrified we would drop my grandmother’s ring into the water!
We wrote our own ceremony, I wore a light blue dress (fav color), no “giving” of bride, I kept my name, and we are incredibly happy. Don’t follow tradition just because it’s easy; do what’s right for you and your partner for life.

That’s actually how people usually get engage on Spain, all the time. For us, It’s kind of crazy all the ”big thing” around engage in the movies or online.

This is my dream proposal, I’m even going to get the boyfriend to read this article! I hate hate hate surprises so we’ve already talked about how I’ll tell him when I’m ready and he can plan a proposal, but this sounds much better, so much more organic as she said. Lovely!