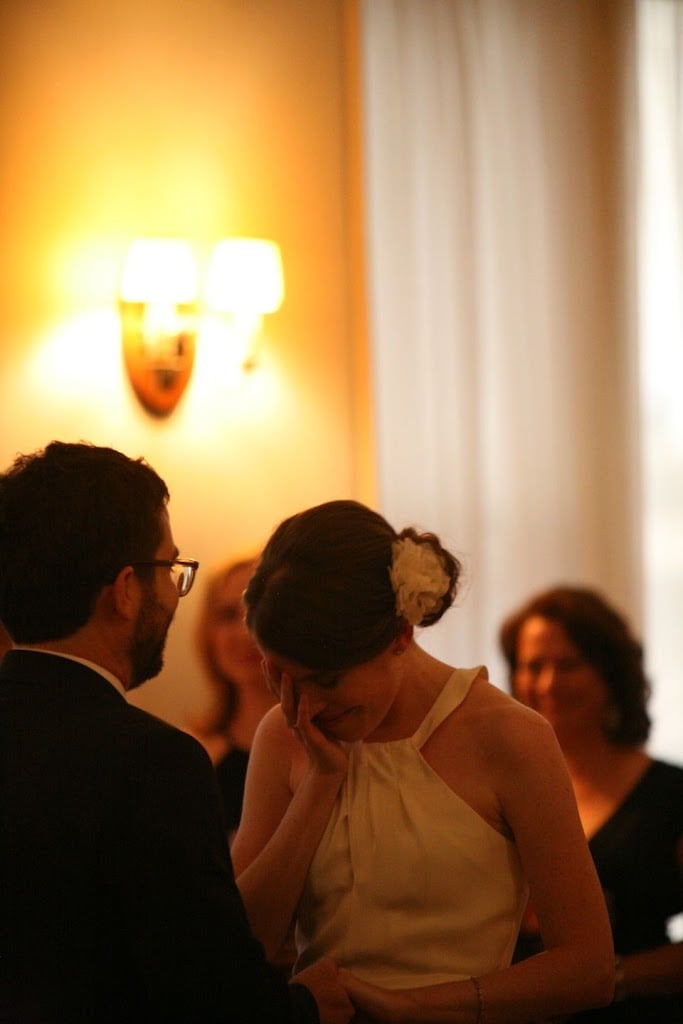 Ten years ago, Alex and I got married. It feels simultaneously like yesterday and a million years ago. Here’s a little walk down memory lane… 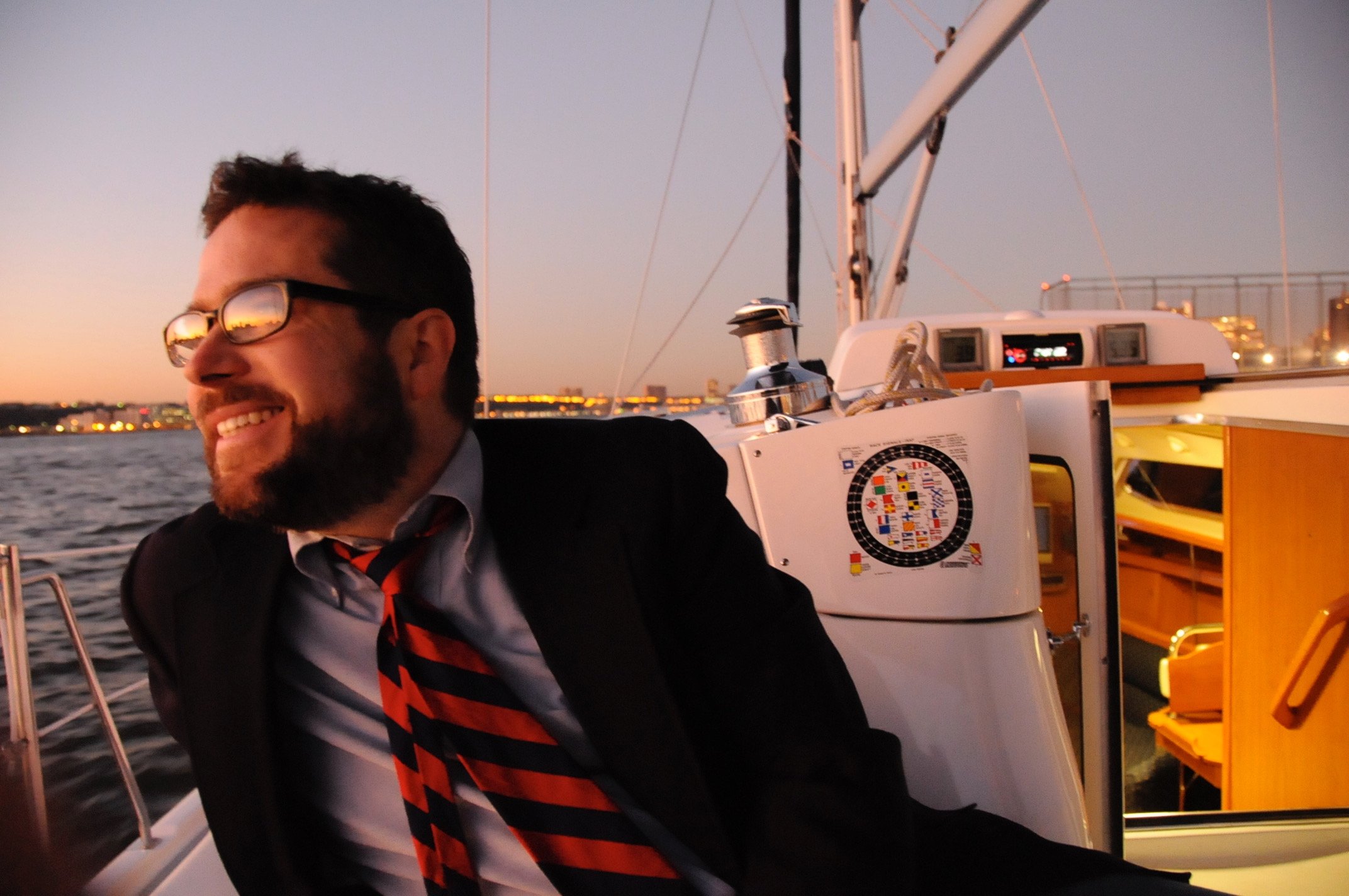 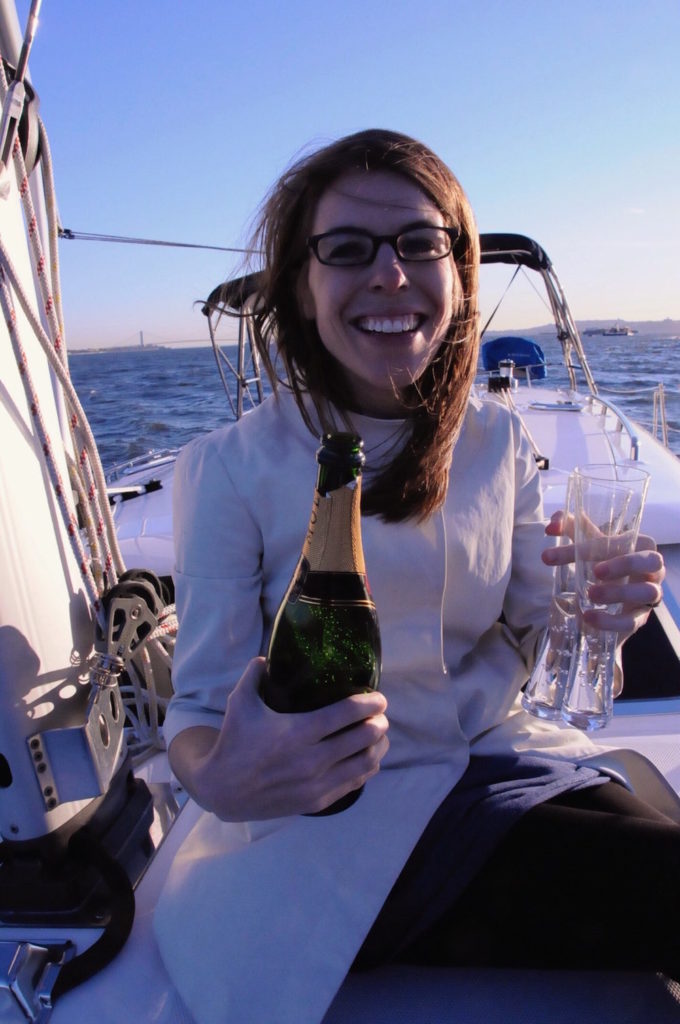 Alex proposed on a sailboat on the Hudson River on October 31st. As a cover, he pretended he was inviting me to a work event. (I kept saying, “Are you sure you have a work event at 4 p.m. on Halloween?”) Remembers Alex: “I was surprisingly nervous on the way there. I was trying to be cool, but I found it hard to have two narrative threads running in my head. It shows what a bad con artist I’d be.” As soon as the boat pushed off, he popped the question. We were careening from side to side in the water and nearly dropped the ring overboard. Needless to say, I said yes. 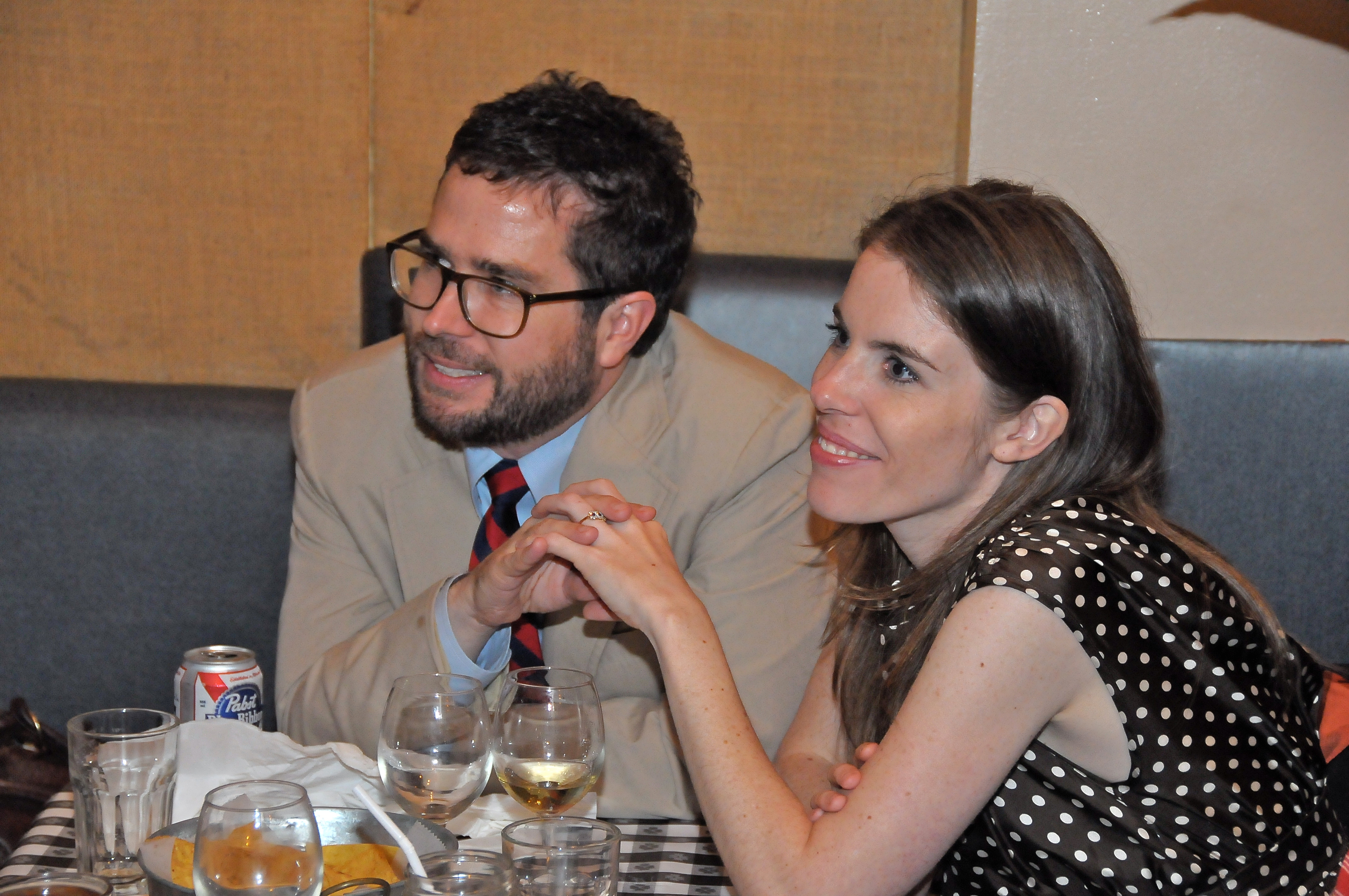 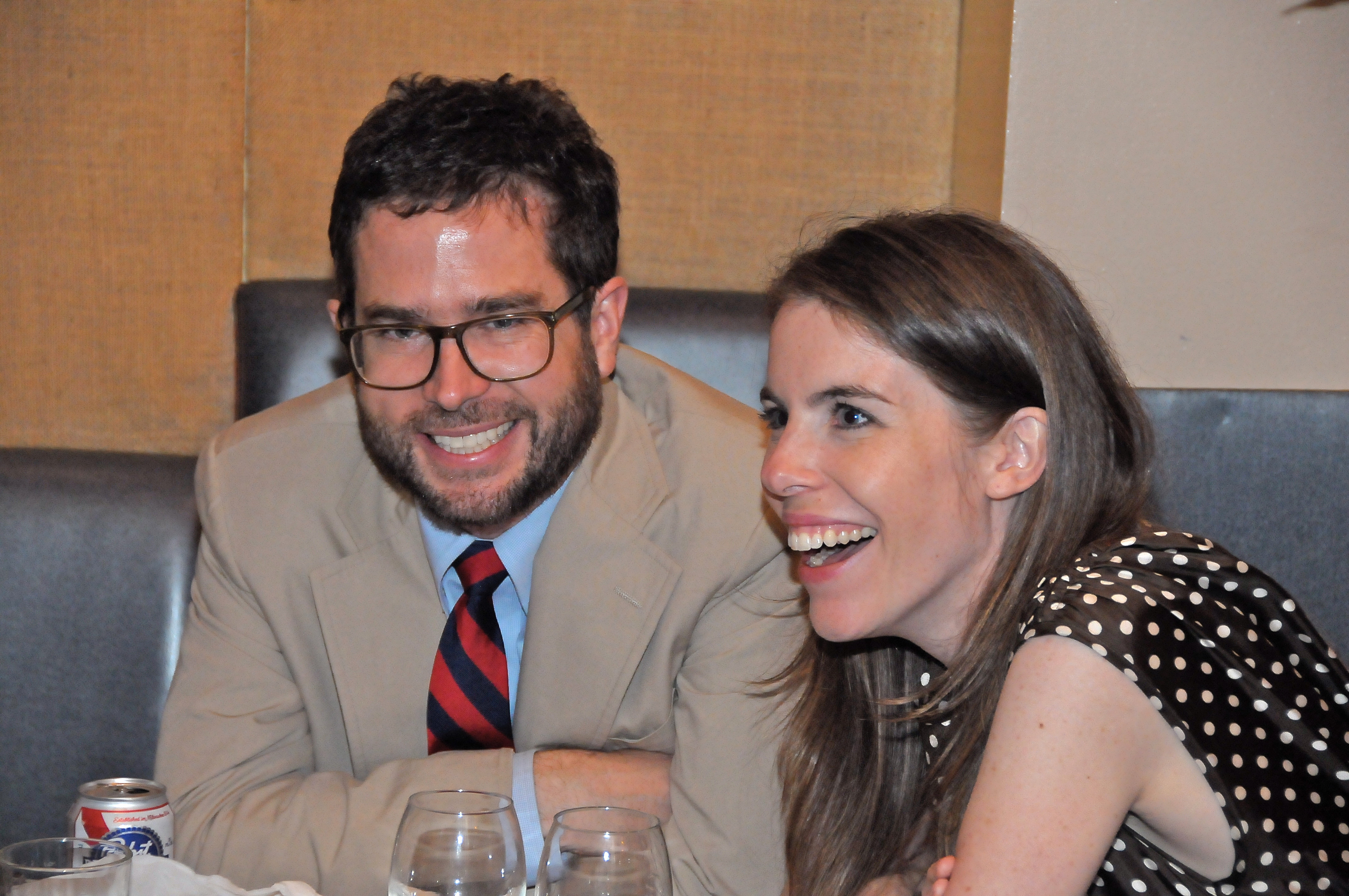 We got married the following August, and these photos are from the rehearsal dinner, during my mom’s speech. We were so giddy! 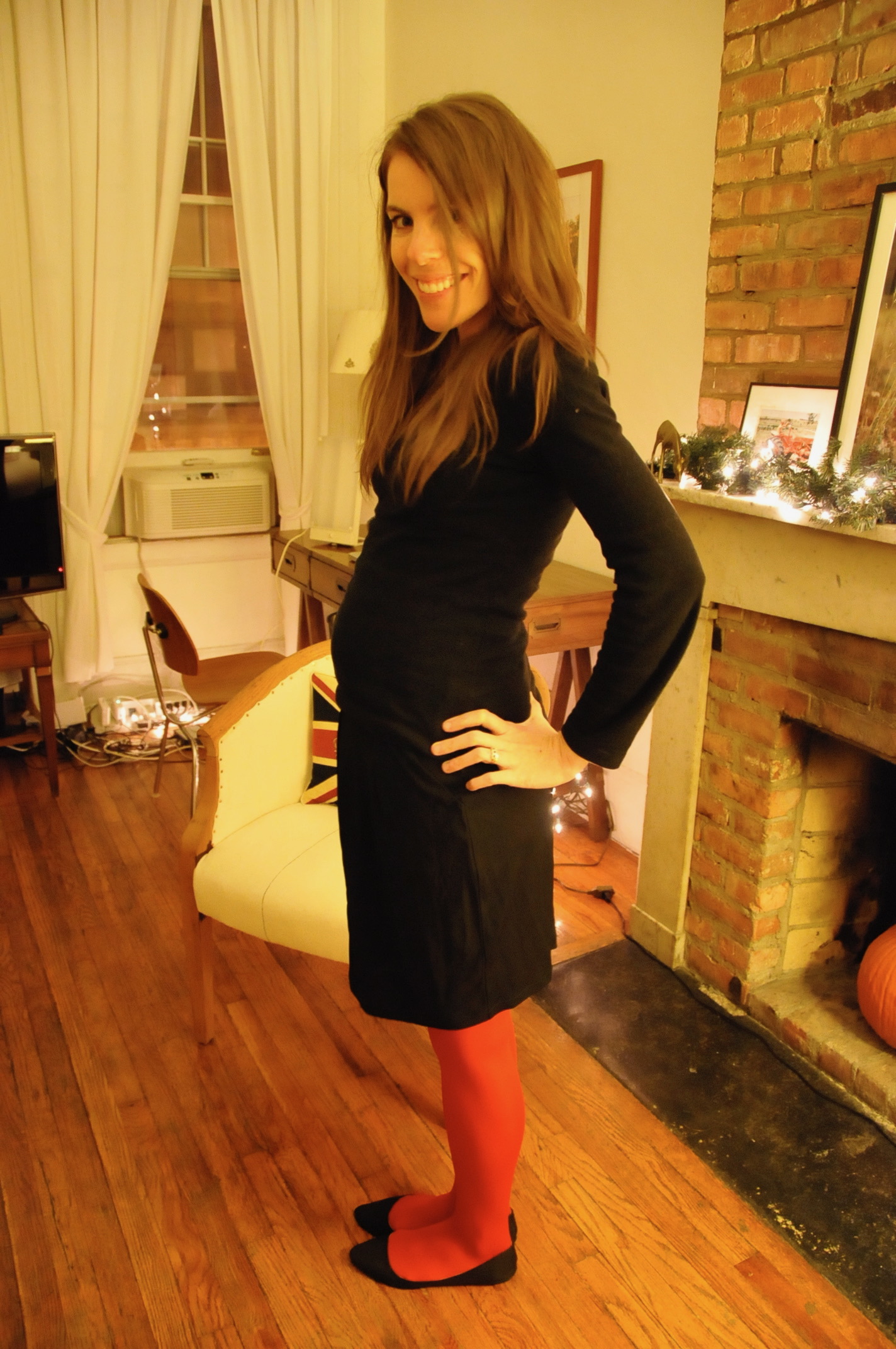 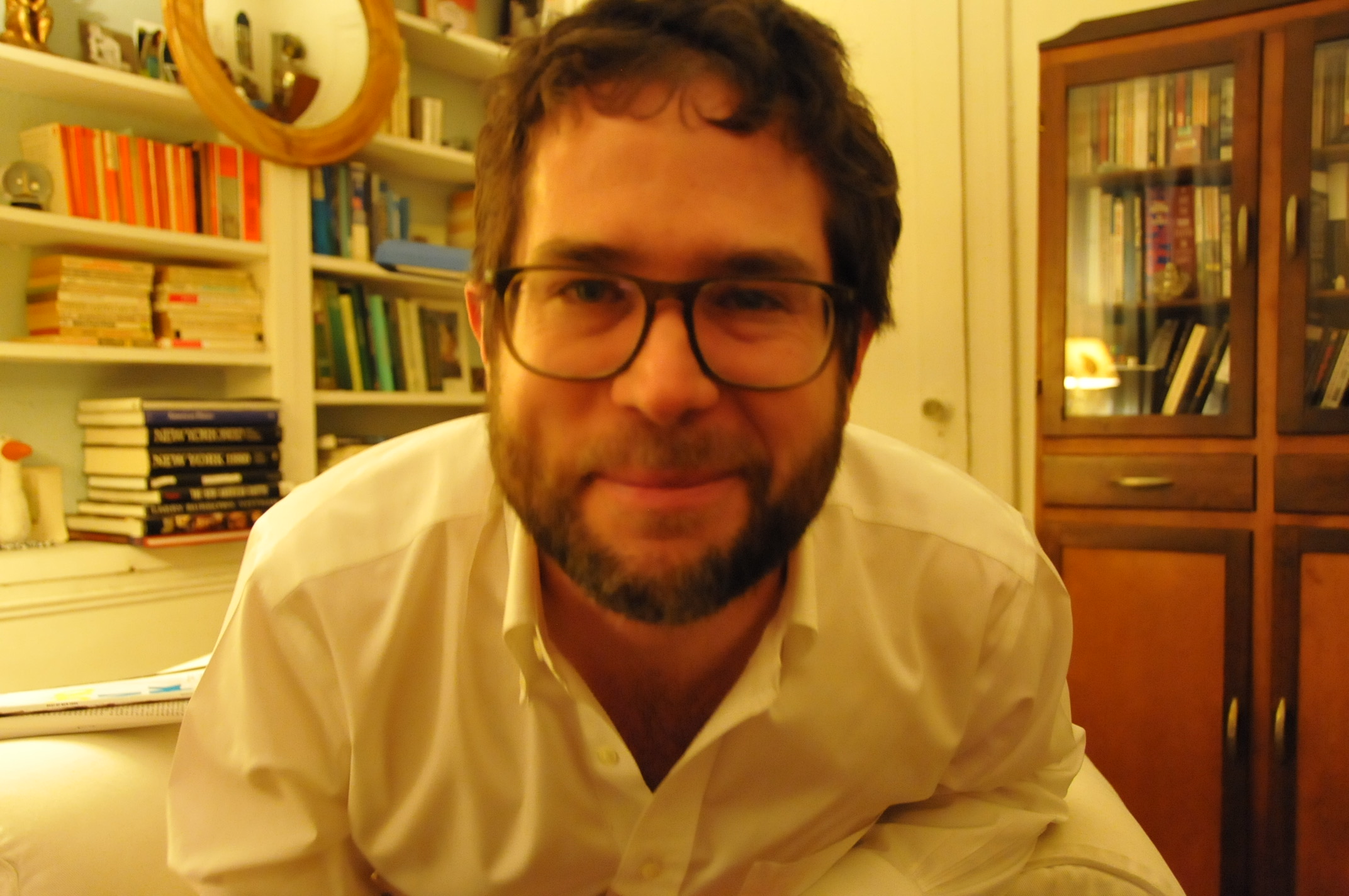 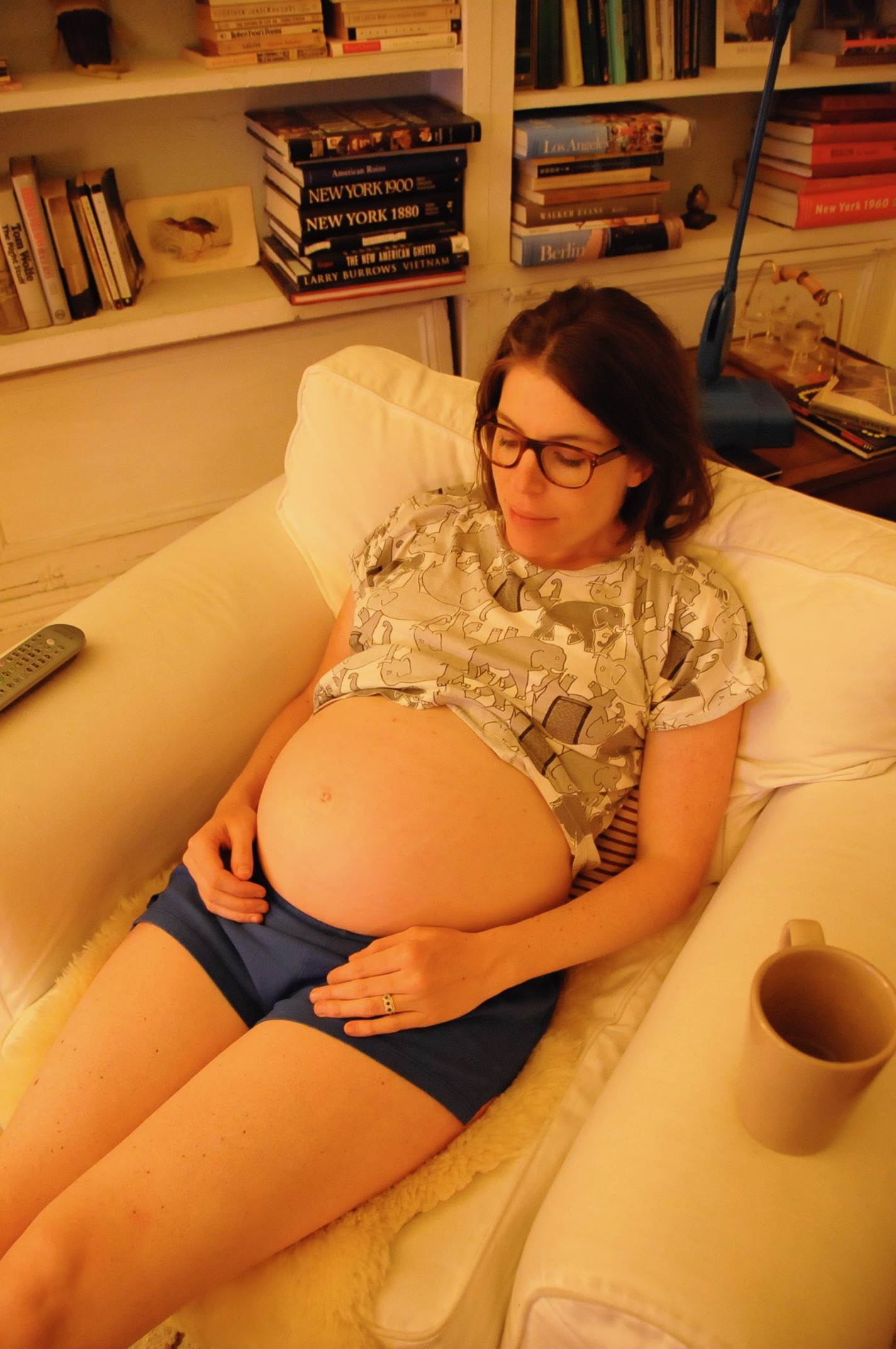 And the following spring… 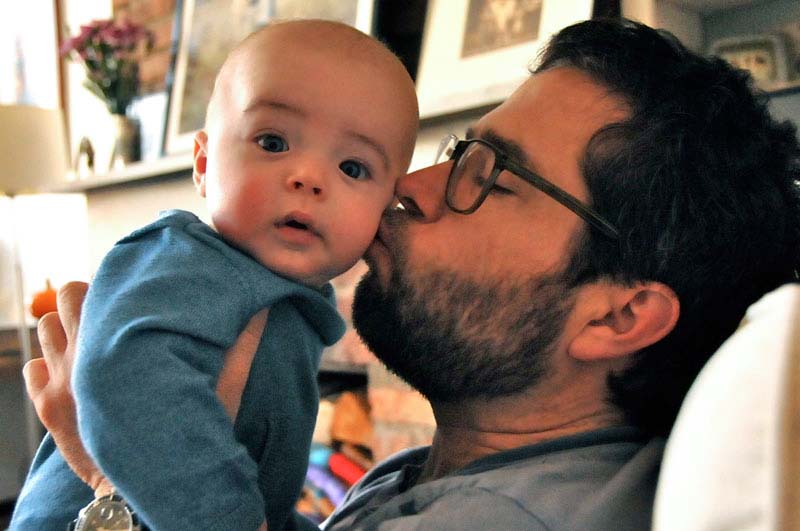 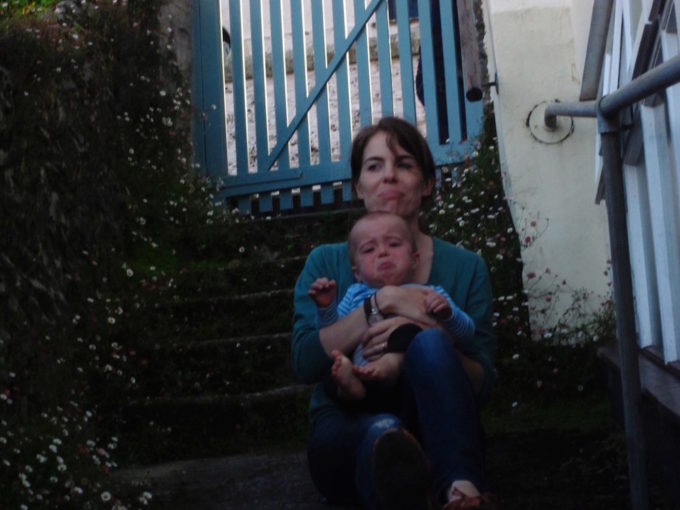 He was a joy, even when grouchy. 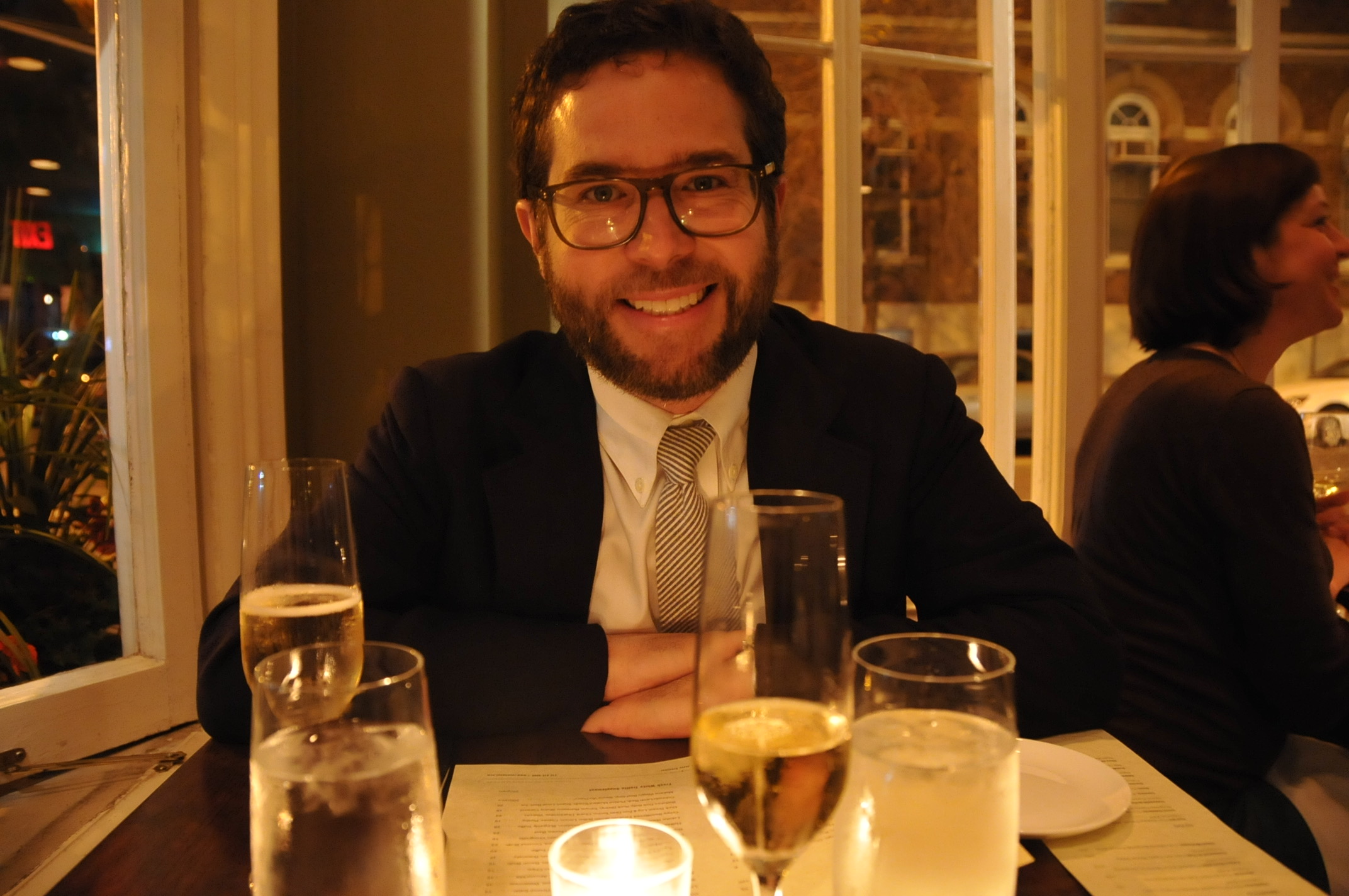 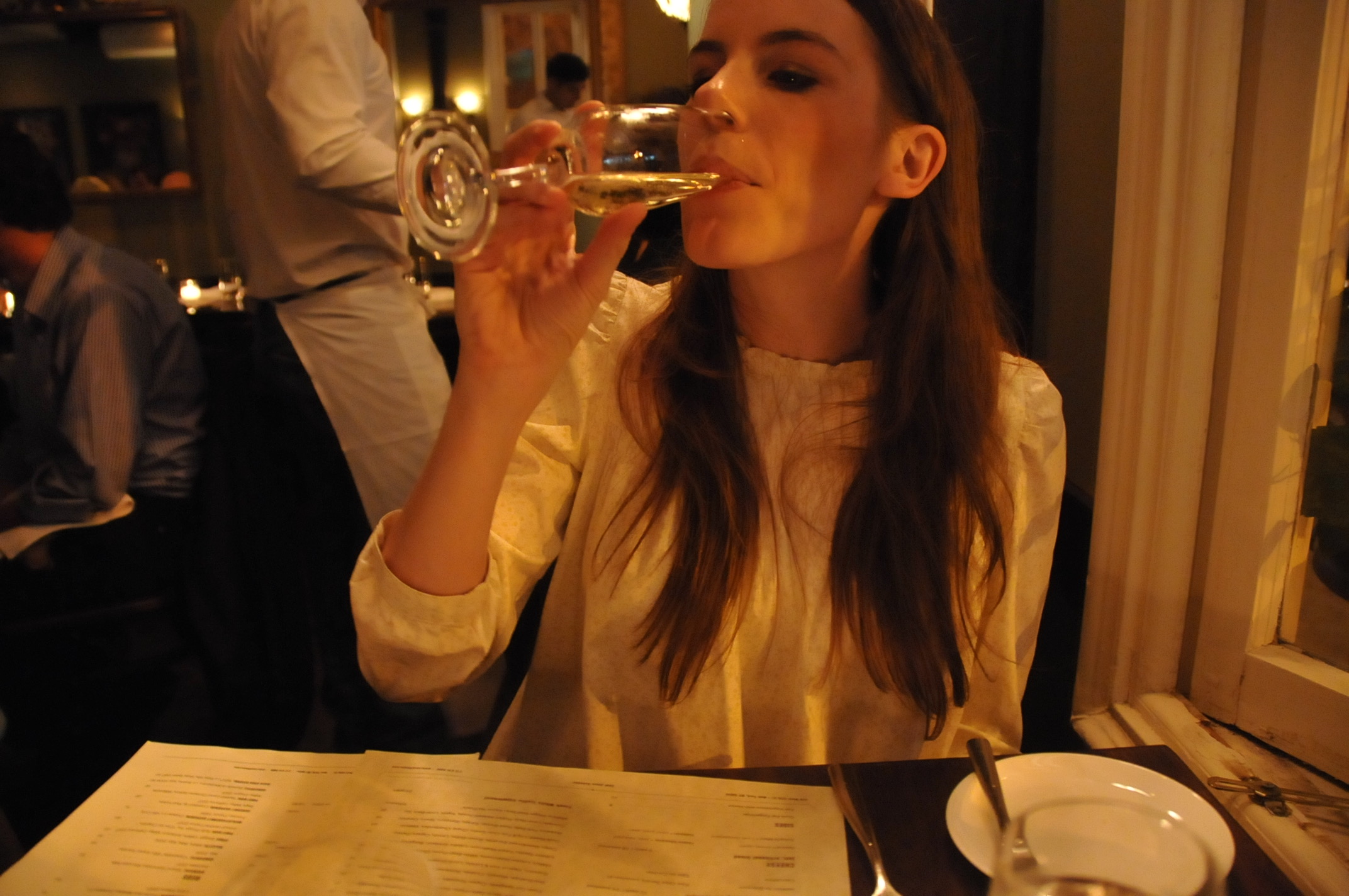 We sometimes would sneak out on date nights — even when, as an anxiety-ridden new mom, that meant walking around the block 10 times so as not to be too far from baby Toby. And, I have to say, of all the versions of Alex — sleeping-in Alex, bike-riding Alex, forgetful Alex, war-book-reading Alex — my favorite might be restaurant Alex. Anyone who has gone to dinner with him knows what wonderful, chatty company he is over, invariably, a glass of wine and a hanger steak, medium rare. 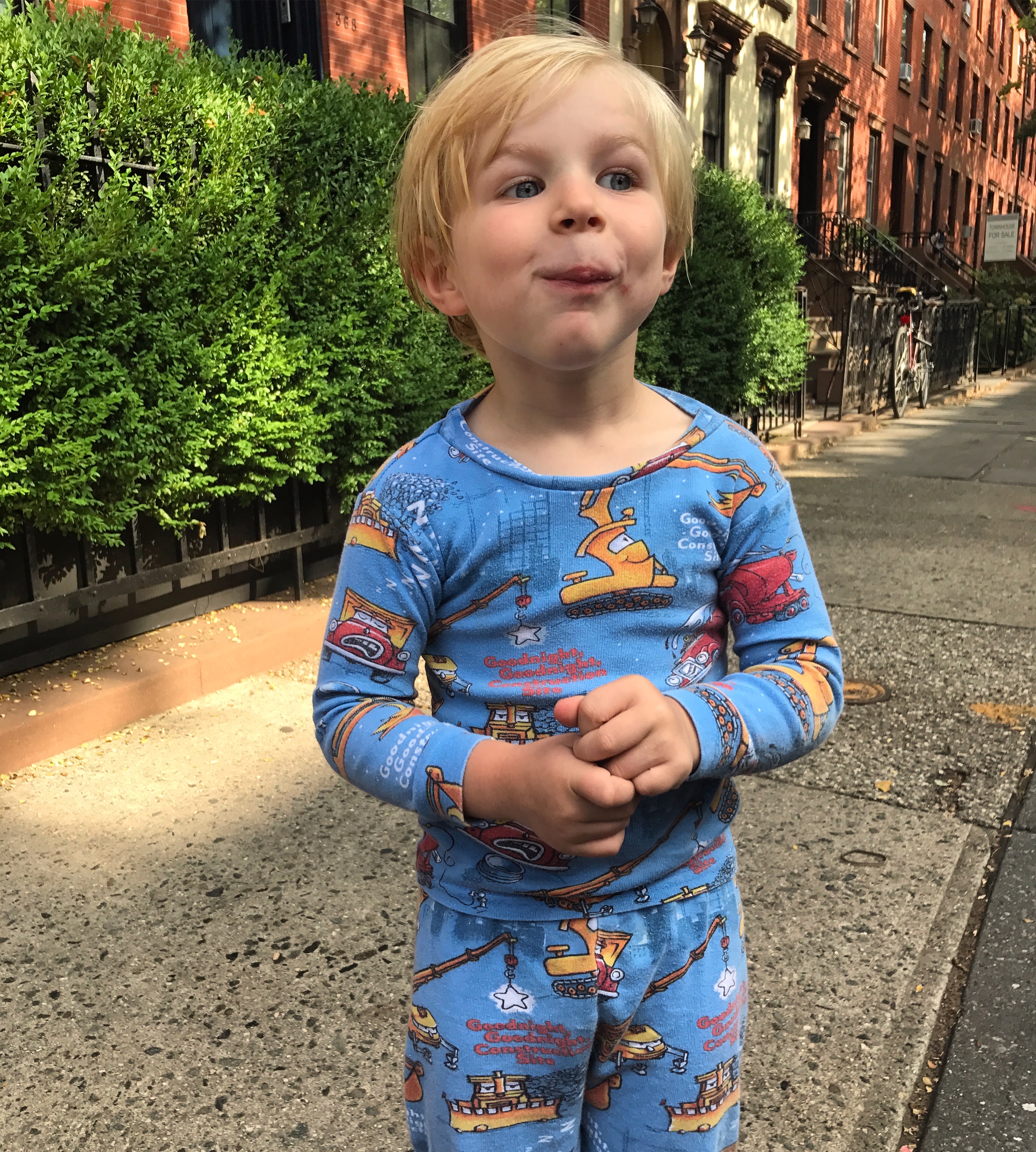 Before too long, we welcomed another cheeky little dude into the crew — Anton, aka Tony Baloney, aka Emperor Bombonicus, aka Boney Bones. 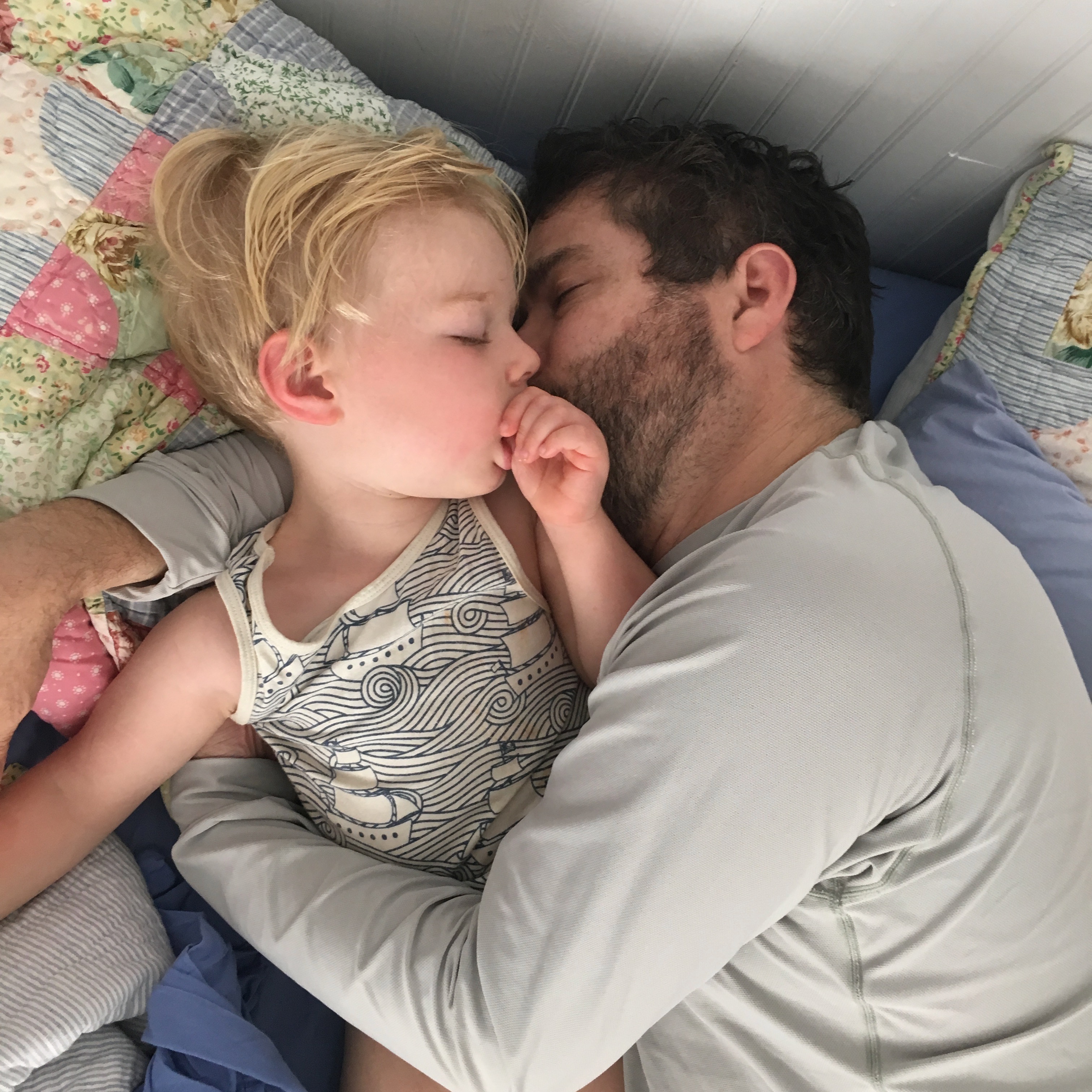 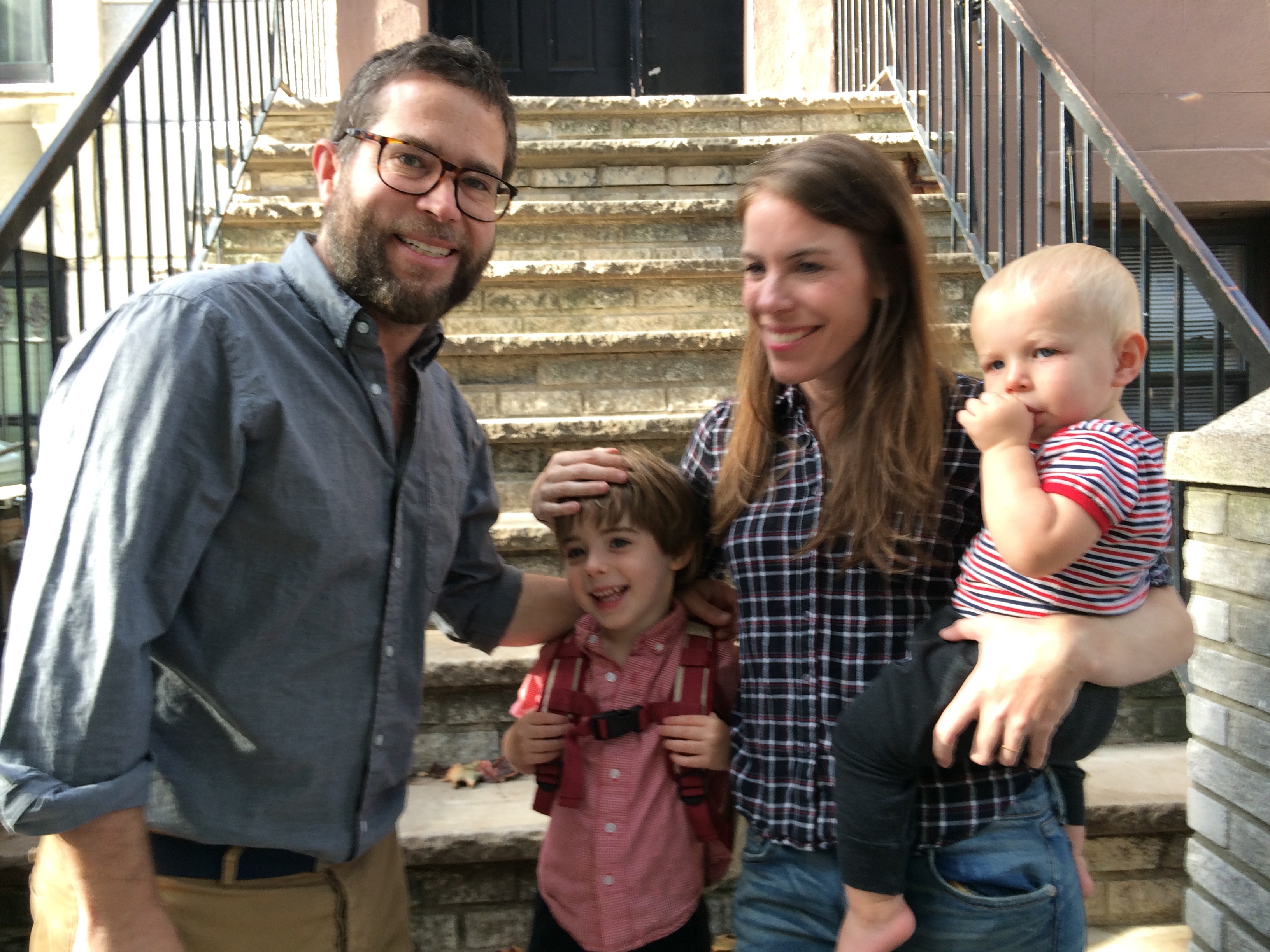 The fearsome foursome felt like the right fit for our family (despite the occasional ache for a third child, which I’ve learned is just something to sit with!). 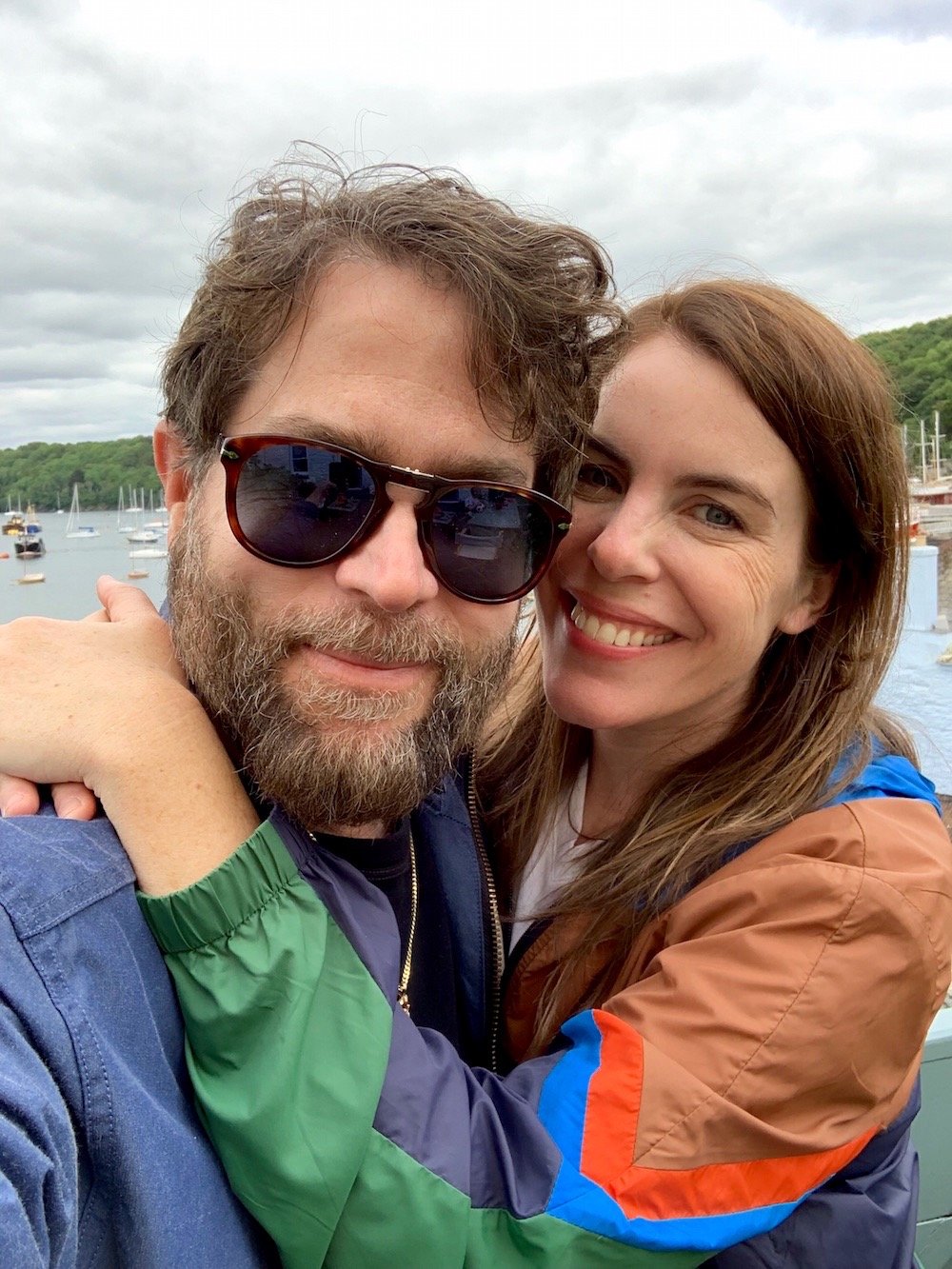 And here we are. It’s been a great decade together, full of the ups and downs of life — four apartments, two children, inside jokes, door-slamming fights, swimming in the ocean, sleepless nights worrying, loss of loved ones, reading in bed, family bike rides, depressions, tears in each other’s arms, drinking wine on the stoop, repeated stories, kissing on the street. Makes me wonder what the next 10 years will bring.

At the end of the day, needless to say, marriage isn’t easy. You’re two humans living together and no matter who you’re with, it’s going to be hard sometimes, right? As Alex says, “Everyone you date or marry is going to be insane. You just have to choose the form of insanity that works for you.” And our brands of crazy, luckily, seem to fit. 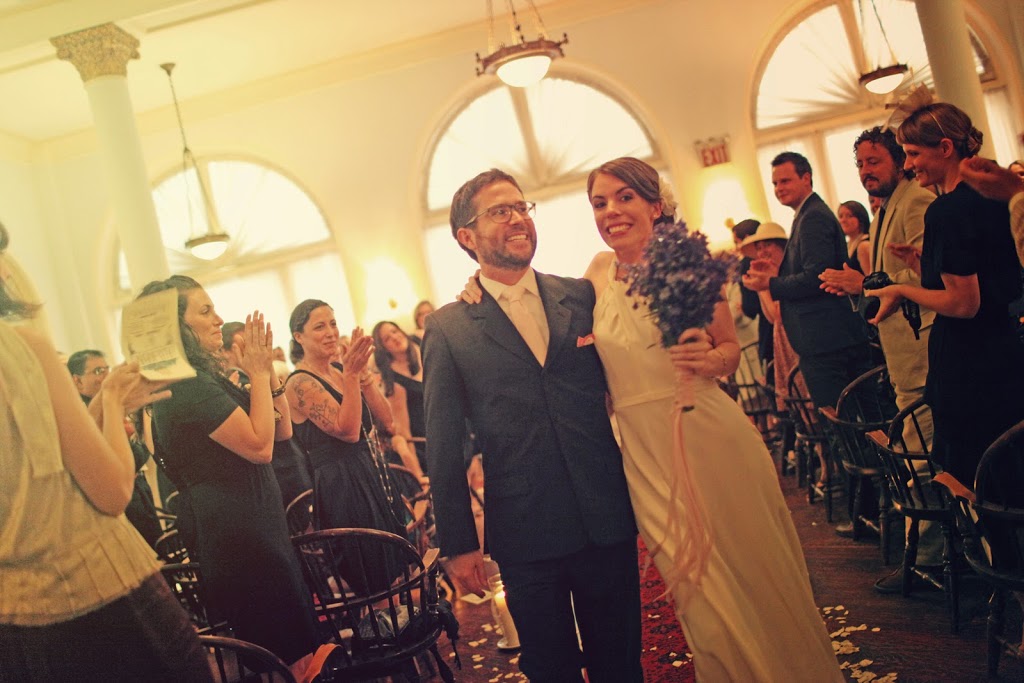 Tags: alex, anton, marriage, personal, toby
214 COMMENTS
WRITE A COMMENT
Relationships
most popular
01
Seeing My Body With Fresh Eyes
02
11 Wedding Dos and Don’ts
03
How to Write a Condolence Note
04
On Sexual Harassment
05
How to Be a Better Listener
May We Suggest…
By Joanna Goddard
Travel
An End-of-Summer Family Trip
September 5, 2019

133 COMMENTS
By Joanna Goddard
Relationships
The Very First Emails Alex and I Sent to Each Other (We Were Nervous!)
September 1, 2020

Yours is the only blog I still read without fail. Your writing is my favourite and this post highlights that. Happy anniversary!

This means I’ve been reading you for more than ten years. Where the heck did the time go? Congratulations!!!!

Ahh congratulations Joanna!
It’s such a privilege to be able to share the ups and downs of your family life… honestly, you, your husband and sons are so so kind to share it. Thank you so very much! Bless! You guys are amazing!
Here’s to many more wonderful anniversaries !!
Luv, mish

This is so lovely. My husband and I had a whirlwind courtship and engagement and marriage – never has anything felt more right. But now with a toddler and a newborn I wonder, where did we go? We seem to keep misstepping and missing each other day after day. He’s putting our toddler to bed, and I’m in living room with the baby on my lap, and I just texted him your words:

“At the end of the day, needless to say, marriage isn’t easy. You’re two humans living together and no matter who you’re with, it’s going to be hard sometimes, right?”

Because oh, here we are! Right in the thick of it. Missing each other most days, but still side by side. And something about your post reminds me to reflect not on today, but on our years together. Perspective!

Congratulations on a decade!

I feel this so hard.

Made me cry <3 I love your love. And it made me ache a little bit to find my own. Thanks for sharing so much of yourselves with us too all these years :)

Congratulations!! You two are a lovely couple! Here’s to many more happy years ahead!!

Congratulations Joanna and Alex! Joanna, I started following you during your Smitten days. It’s been such a joy seeing you and your family through the years. Makes me excited for to have my own family one day :) x

Congratulations on a decade of living a beautiful life with your husband! I teared up scrolling through this post. Something about the passage of time and how beautiful it is yet also sad because…all of those beautiful moments… they are a thing of the past. Cheers to 10 more years of life and enjoying all the moments (high and low)!

congratulations, guys! have been reading your blog since you were pregnant with Toby, can’t believe it’s that long and I have to say blogs come and go, but I do always time to read Cup Of Jo! xx

I’ve been following CupofJo since your Smitten days and it’s been so amazing to see your life/family grow and change over the years! I finally got married this summer and turned to cupofjo many a time for advice and solace throughout the planning process – thank you and congratulations to you and Alex for ten years and counting!

Beautiful! Thanks so much for sharing ?

I remember your wedding posts and birth stories and crying through them. You have such a lovely family and we are all so lucky to be able to have a glimpse inside. I know it’s not without it’s ups and downs but, I hope to have what your little fearsome foursome has one day!

Sending you guys love and hugs!!!

Dear Joanna, congratulations to you and Alex! I‘ve been reading since your Smitten days, too, and like other said before me, it feels like you‘re a far away friend and companion – going through the same changes and phases of life as me (my kids are only slightly younger than yours). I‘m so happy you and Alex are still so happy together and wish you all the best!

Oh my Congrats! I can’t believe I’ve been along for the WHOLE ride! You appear to be a great couple and I appreciate you both sharing your lives. Here’s to decades more together!

Happy Anniversary! It oddly feels like we’ve been there right with you.

Absolutely loved this article. It made me so happy! ?

Congratulations. Best wishes for many, many more.

From someone about to celebrate our 51st anniversary.

Congrats! My husband and I will celebrate 10 years next month! I also want to have a honeymoon to Italy. Thanks for sharing!

You should have a third. No, seriously. :)

Try to avoid telling people what to do with their bodies and lives.

I do really want a third!! But alex needs to be convinced.

They most definitely do make cute babies!

Congratulations! I’ve been reading you since Glamour, when I remember you writing about an I Heart My Roommate shirt you bought when the two of you moved in together. I was shockingly young at the time — a very mature (I hope!) MIDDLE SCHOOLER, and have loved reading this blog even more as I’ve grown into an adult. Your content resonates in new ways year to year. Thank you for sharing this all with us!

Chiming in to say that I’ve been reading since the same time and was a middle schooler as well! I remember reading during the early years of Alex and Joanna and wishing for such a love myself, as a young teen who had yet to be kissed (!). Now I live with my partner and am constantly giving him updates from Cup of Jo :) Thank you to Joanna and the whole CoJ team for being such an important touchstone for all these years!

Happy 10th Anniversary!! My husband and I will be celebrating our 10th in October. What a wild ride it is! All the best!

Congrats! My husband and I are celebrating 10 years, tomorrow! We similarly have two little ones and I can’t help but think of how well-rested we look a decade ago! Ha!

Time flies when you’re having fun, with the one you love.