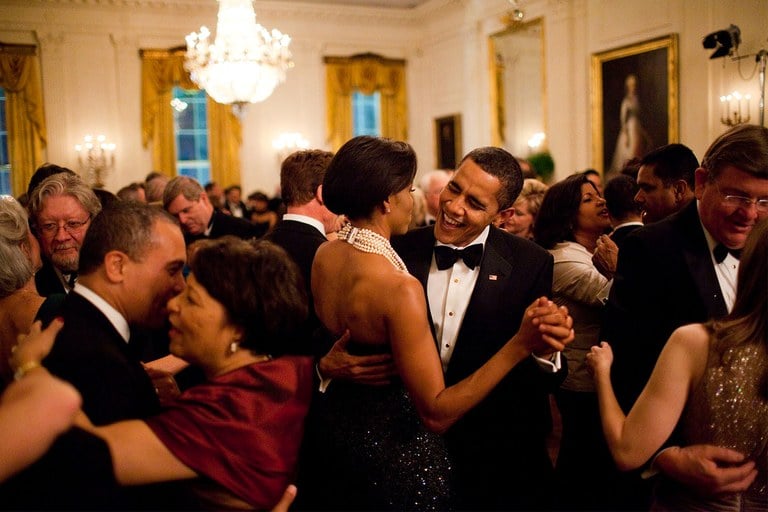 L-O-V-E. Have four little letters ever meant so much? These comments — about dates, friends, and even dogs — made us laugh and cry…

“One night, I was sitting on the couch, furiously typing away at thesis-draft-six on my laptop as my fiancé was next to me watching Seinfeld. At one point, he reached over and held onto my big toe. Like, just held the toe. After a while, I asked, ‘Ummm, what’s with the toe holding?’ And he said, ‘You tell me that you want more affection sometimes. But right now your hands are busy. So, I’m holding your toe. Keep typing.'” — Hannah

“When we were newly dating, I discovered a mouse in my apartment, and my now-husband volunteered to empty the trap (something I was terrified to do). I thanked him profusely, and he shrugged and said: ‘For you, I’d even lick the mouse.’ It was funny and tender and weird and perfect.” — Shawna

“When my husband and I were dating, we were both too uncomfortable to say, ‘I love you.’ I think it was a mix of being love cynics, our age gap (he is nine years older) and the intense feelings we had right away. About two months in, we were traipsing around a state park when a ranger ran up to us. He said, ‘Keep a look out for Purple Finches today, they are everywhere!’ in a SUPER excited voice, while pointing to a sign that read ‘Birds to watch: Purple Finch.’ It was hilarious, and the park ranger’s obvious love for the birds was really cute. It made an impression on us, and we ended up saying ‘Purple Finch’ in lieu of ‘I love you’ because it felt better to us. It has come full circle now, and our son sends me ‘PF’ texts while I’m at work. Say whatever you want!” — Meghan

“My father never said it, although I knew he felt it. In my thirties, I began — courageously, in my family — saying it at the end of phone calls, which led to a conversation:
Dad ‘Why do you SAY it?’
Me: ‘What are you SAVING it for??’
He says it all the time now.” — Mouse

“The other morning, I picked up my 22-month-old son from his crib. I love how he goes limp over my shoulder and rests his head as he wakes up. But that morning, he rubbed my back, mimicking the way I do it and just said, ‘Oh, Mama’ in a sort of relieved sigh. It was the most honest declaration of love I’ve ever experienced.” — Laura

“My wife and I picked out matching engagement bands for each other and knew we’d both find the right time to propose to each other. On Christmas morning in 2015, she popped the question with the ring under the tree. I said yes, and then asked my wife two days later. It’s funny, even though she had already asked me, I was still SO nervous to ask her! There is something terrifically bright about being desired, and something profoundly humbling about being the one on the other side. I can think of no better way to start a marriage.” — Allison

On finding comfort in the day-to-day:

“I feel very comfortable around my long-term boyfriend, and I think that’s key. When we’re debating what to do, we often joke ‘Let’s go to the DMV!’ or ‘Let’s go to the dentist!’ It’s our way of saying we’re comfortable, even in the boring couch-sitting parts of life.” — Joyce

“After two kids, years of sleepless nights, currently pregnant with number three, I don’t always feel attractive. But my husband always gropes me in the kitchen, grabs little make-out sessions behind the door while the kids are in the bath, wraps his arms around me while we’re in bed, and tells me every stinking day that he thinks I’m beautiful. That means so much to me right now in this time of life. P.S. I still think he’s handsome, too.” — Katie

On acts of kindness:

“The gentle care that is romance has also been shown to me by my dearest girlfriends. For instance, last year, when my beloved Nana passed away and we endured long days of funeral arrangements, Irish wakes and grief, I returned home to find that my best friend had come over and had framed some photos of my Nana and left a brilliantly colored tropical plant on our kitchen table. She knew just what to do to make me feel better, and that is surely romance.” — Maire

“A few months ago, I had a very early miscarriage — so early that if I hadn’t been paying very close attention, I probably wouldn’t even have known that I was pregnant. But, when it started and I didn’t know what was happening (the worst part!), my dog wouldn’t let me out of her sight. She slept by my chair, or on the couch with me — she was always nearby. I suppose that dogs always know when we need them, even if we don’t know ourselves.” — LKB

“I’ve battled with depression for as long as I can remember. I was terrified to show that part of myself to my partner in fear of his leaving. One night, I couldn’t hold it in; everything was too much. My husband, then boyfriend, found me curled up in the bathtub sobbing, letting the shower water rain over me. Instead of running, he climbed in, clothes on, and held me tightly until I could breathe again. He then scooped me up, wrapped me up in my bathrobe, tucked me into bed and lay with me until I fell asleep. We’ve dated for 10 years, been married almost five and to this day that was the epitome of love and romance to me.” — Kelly

What about you? What forms does love take in your life? We’d love to hear.

P.S. Great reader comments on dating and the best comments of all time.

(Photo of the Obamas by Pete Souza.)