The Many Ways to Say “I Love You” 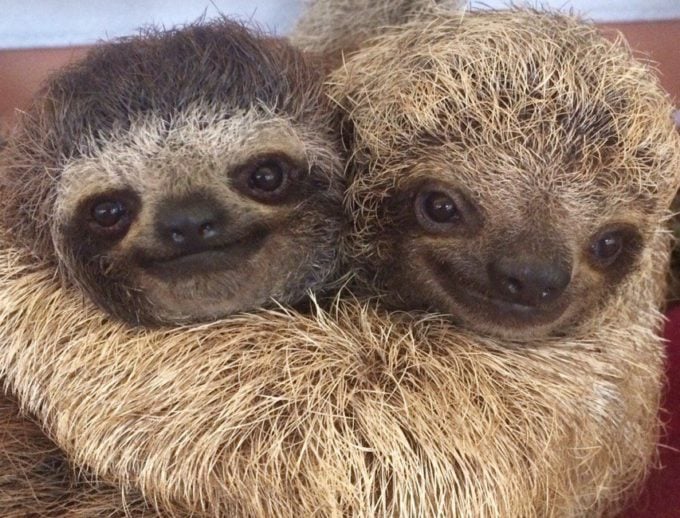 My friends started asking a question I wasn’t prepared for.

“Have you said, ‘I love you’ yet?” They inquired hopefully, like children waiting for a baby bird to hatch.

“Have you said it?” They followed up, over coffee.

“Still nothing?” They asked, on the line at Trader Joe’s.

To be clear, I was not concerned about this. But apparently, everyone else was.

After the umpteenth negative update, I started to feel like my relationship was a failure, when, by all other benchmarks, I would classify it as the best I’d ever known. My friends didn’t ask if this person showed up for me, or if he had the patience to get to know my particular quirks. They didn’t ask if his presence brought me peace or if we made up songs that no one else would find funny. They didn’t ask if I felt safe or comfortable or like the truest version of myself. (For the record, the answer to all of these questions is yes.)

More saliently, they didn’t ask if I felt loved. They only asked if I’d heard it.

Is this one phrase the barometer by which one measures the progress of a relationship? And why, in our contemporary culture, is speaking it (versus, say, actually demonstrating it) so very important?

Recent events aside, these are questions I’ve thought long and hard about over the years. In my limited experience, it’s clear that “love” is a word with too many interpretations. For some, it refers to an emotion, more of an “I adore you,” or a declaration of infatuation. For others, it’s a sign of commitment, weighed heavily and with care. For others, they really are just words, as informal as “I’ll call you,” and just as easy to disregard.

On The Bachelor, widely heralded as the model of sane and carefully considered romantic relationships, contestants are known to say things like, “I can totally see myself maybe someday falling in love with you.” That’s at least three generations removed from an emotion and definitely not a promise of care. Yet, time and again, they foretell that this all-important thing is totally maybe someday coming, lest their lover lose hope.

In my universe, people have said “I love you” as early as a second date. They have whispered it in their sleep. It’s been spoken and then rescinded. It’s been declared with the ultimate confidence, followed by a hasty exit. I once read that the average person says, “I love you” within the first 90 days of a relationship. Misguided overachiever that I am, I spent my twenties measuring every relationship by this standard. Like magic, around the three-month mark, it always came rolling along. It felt nice, sure, and in some cases serious. But what do those words actually mean?

In her book All About Love, bell hooks writes, “The word ‘love’ is most often defined as a noun, yet all the more astute theorists agree that we would all love better if we used it as a verb.” In other words, love is as love does. (Not, ah-hem, as love says.)

I posed this question to my friend, during the latest round of “Has it happened yet?” If the real meaning of love is action, why are we so hung up on the phrase?

“Because sometimes, you just need to f*cking hear it,” she replied.

It was a fair point.

Still, I’d argue that we’re just as inclined to hear different meanings as we are to speak them. Case in point: At the end of When Harry Met Sally, Sally tells Harry that she hates him, she really, really hates him. It is one of the best declarations of love I’ve ever heard, though the word “love” appears exactly zero times. To me, what she’s saying sounds pretty close to my own definition of love: I see you, I accept you, and I will do whatever I can to make your life better, because I so value your presence in mine.

For those of us who aren’t fluent in flowery, effusive proclamations, there are many other ways to communicate one’s feelings. We may share common words, but each of us speaks our own unique language. And sometimes, if we’re lucky, we can find someone who understands it.

And now, for the million-dollar question: What does the word “love” mean to you? When have you said it in relationships?

P.S. How to know if your partner is the one and the love story I never thought to tell.

I don’t know if you’re even reading comments for this post anymore, but I wanted to tell you that since I read this a few weeks ago, this sentence has really changed my marriage:

“I see you, I accept you, and I will do whatever I can to make your life better, because I so value your presence in mine.”

It’s a lot to delve into in a comment, but I realized my husband shows me every day he loves me because he’s constantly trying to make my life better. I used to get angry because he wasn’t doing dishes or noticing X,Y,Z but he was doing so many other things just to make my life better. And I’ve realized that because I love him, I WANT to go start a load of laundry for him or do his dish while he works because I know he’s exhausted. I don’t do it with resentment anymore. I do it from a better place. I realize this all makes me sound like a 1950s housewife and that’s not our situation at all. Just that if that’s what love is – which I think it is – then there are so many ways to show it.

I have so many other things to say about this sentence but I’ll leave it at this for now and just say thank you for articulating love in that way!

This is a really beautiful sentiment. <3 Thank you for sharing!

My fiancé says he loves me all the time … now. But it took a good three years for him to be comfortable saying it. When I first said it about 9 months in and he didn’t say it back, I was crushed. But I also knew that everything he did and everything about our relationship proved that he did in fact love me very much. I’m glad I was able to recognize this at the time and have the patience to let him say it in his own time.

I LOVE Cup of Jo, the blog posts and all of the kind, wise and considerate comments – they help me to feel that I’m not alone in the world, and if that isn’t the point of love then I don’t know what is. Thank you Jo (and your team) for creating this amazing heartfelt space. The world would be a darker place without you in it. Now I have something in my eye…

One evening, on the sofa, I told my boyfriend that Eskimos rub noses horizontally to say ‘I love you’. Instead of rubbing mine horizontally, he did it vertically. I’d already said I love you to him but I knew he wasn’t ready to say it back so that was his way of telling me. We still do it, even now, and it’ll never not make me grin like a Cheshire cat!

My husband and I have been married for almost 12 years. I know he loves me, but he doesn’t often say it. Not long ago I was at a work event of his and one of his co-workers came up to me and said, “I just wanted to tell you that it’s so obvious how much your husband really likes you by the way he talks about you.” I was so blown away by that! Who knew?!? :-)

I’m only 1.5 years into marriage, but 6 years into my relationship. We started off long distance, so love often meant a text about how a meeting went, or sending an article about the other’s favorite artist. Now it looks like me packing my husband’s lunch even thought he can himself, or my husband preparing charging cords for me to pack before a solo trip. The longer we live together, the more I realize the little actions mean “i love you” more than us saying it every time we say good bye.

The kid show Daniel Tiger has a really sweet episode centered around the idea that “There are so many ways to say I love you.” It’s a great conversation starter for my 3 young kids – we show each other love by saying it, yes, but also by taking care of each other and acts of kindness big and small. <3

I had been in a long distance relationship with my boyfriend for a few months before we planned a trip to Vancouver. We are both from a conservative religious and cultural background, so when he asked me to be his girlfriend he only kissed me on the forehead, then I left to go back to where I lived and we started long distance. When we finally afforded a trip to Vancouver, we finally got to be together as a couple for the first time after 3 months. We agreed on abstinence because I was not ready, and so we only kissed for hours straight. When we were lying in bed, I asked him “Would you ever stop kissing me?” and he said, “I can’t.” It was the best “I love you” I’ve ever had.

For me, love is an action. Right now I’m in a “long-distance” relationship – we both live in Los Angeles but we’re on complete opposite sides of the city. With traffic it will take one of us an hour and a half to get to the other. We didn’t say, “I love you”, for the first 10 months of our relationship but who needed to when we were driving across the city for each other.

I’ve said I love you to one person—my ex husband of 13 years. I loved telling him, and cared about it more than hearing it. I’m in my first serious relationship since the divorce, and for me, it’s just how I know to express that irrepressible burst from your chest of feelings. I told the new one I’ve fallen in love with him, 5 months in, and he hasn’t said it back. I was pretty crushed but realized I don’t know what the normal timeframe is and have been grappling with what my expectations should be.
What he did do was make me a custom music box of my favorite band with a vintage postcard of a city he bought the band’s concert tickets to. In the post card it says, “you came into my life and now I can’t imagine it without you.” That took my breath away and still gives me chills.

I love these comments because it really nails love varies as much as the people feeling it, so why wouldn’t it be expressed 100 different ways?