Do or Don’t: Talking To Your Coworkers About Salary 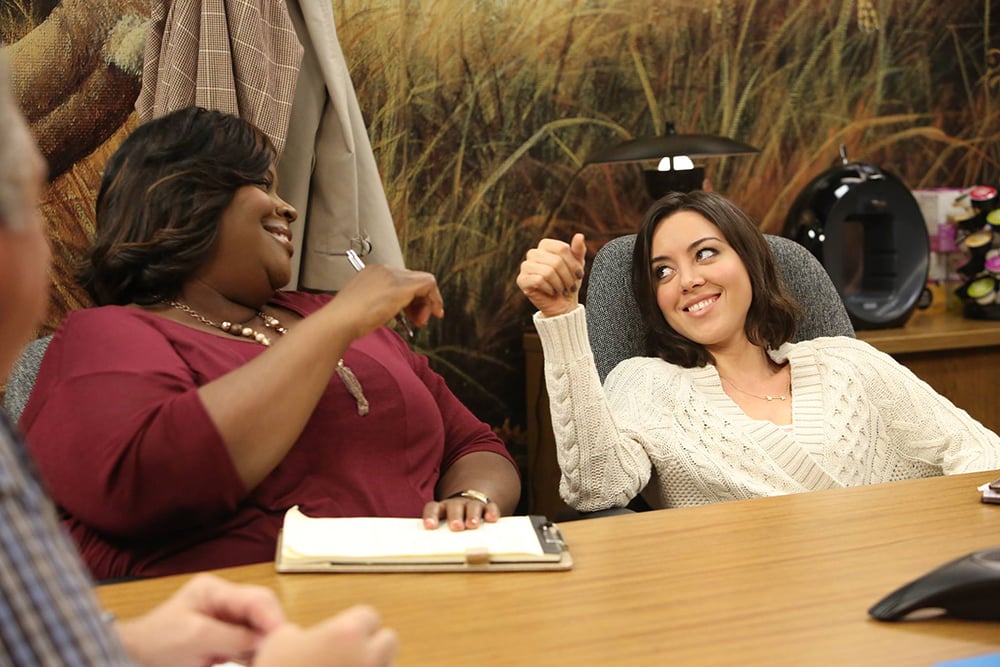 It was a totally generous, unprompted move on her part. She knew I was in a mire at work, trying to negotiate a raise and uncertain of how to navigate the situation. We were in the same department and in similar roles, so rather than give me generic advice, she simply told me what she’d asked for and what the company had offered. That information was a HUGE help, and allowed me to go into meetings with the confidence that comes with having actual data to back you up. I couldn’t believe how simple and powerful that conversation was, and ever since then I’ve been wondering: Why aren’t we all talking about our salaries, all the time?

There’s a lot of buzz about the importance of pay transparency these days — and for good reason. Researchers cite numerous benefits of ending “salary secrecy.” On an individual level, it’s one of the best (and only) ways to figure out if you’re being compensated fairly among your peers. This intel makes you better equipped to request a raise, or even scope out new positions. But pay transparency is great for employers, too: Studies show it makes people more motivated and productive, and less likely to quit. It fosters a sense of openness and honesty between employees and employers, boosting morale and increasing job satisfaction. All great stuff, right?!

But…ugh. Who wants to have that conversation?

Perhaps my old co-worker, but she seems to be a unicorn. I spoke with Jen Sincero, the bestselling author of You Are a Badass at Making Money. She quickly affirmed that many people feel awkward about money talk: “I’ve written a book about sex and I’ve written a book about money, and I’ve gotta say, money feels ten times more loaded and more taboo.”

Sincero points out that money can sometimes feel like a symbol of immorality and wrongdoing — even when it’s simply compensation for our work. “We seem to think that if you talk about money, you’re saying someone is better than someone else. And people sometimes mistake the desire for money with greed,” she says. “Money is something that we automatically place judgment on. I don’t know why, but we do.”

Still, Sincero agrees, it’s so important we start having the compensation conversation with each other. But first we need to have a good long talk with ourselves. “Sit down and ask yourself why you want to have this conversation,” she urges. “If you’re trying to gauge if you’re being fairly compensated, and get a feel for how your employer works and what they’re willing to pay, then yes — it’s a good idea to scope around. But there has to be a reason, not just ‘you show me yours, I’ll show you mine.'” Take time to investigate whether you’re going in with any judgment, jealousy or anger, she says: “It doesn’t matter what you’re talking about — if you go in with any weirdness, it’s going to get weird.”

Once you’ve gotten clear on your motivations, then seek out a coworker with whom you have a decent relationship. They don’t have to be your best friend, but they should be able to feel they can trust you to be discreet (they can, right?). The key is to be as transparent and direct as possible. “State your intentions up front, to put them at ease,” says Sincero. “You know, ‘I’m trying to get a raise,’ or ‘I fear that I’m being undercompensated and I’m trying to get a read on what other people are making. Would you be willing to share that with me?’”

That’s it! How easy is that?! Okay, I’m literally sweating just thinking about it. But even if it’s hard, it’s not complicated. Just be straight with people (and it goes without saying, be willing to disclose your own current salary with them, as well). If they’re cool with sharing, great! But if they’d rather not, be gracious. “That’s their right, too,” says Sincero. “Go find someone who is willing to talk.”

Talking about compensation isn’t just good for us as individuals. The more we have salary conversations the easier it is to expose discriminatory pay practices (and the harder it becomes for companies to perpetuate them). We have a long way to go on that front, with significant pay gaps based on gender, race, sexuality, ability and weight. Many economists, sociologists and policy researchers argue that pay transparency is a crucial tool in closing those gaps. That’s why several European countries require large companies to publish pay data, and a handful of U.S. companies have adopted an “open salaries” policy. Dane Atkinson, the CEO of SumAll, said that differences in pay between men and women dissipate when you publish everyone’s salaries. “Salary transparency is the single best protection against gender bias, racial bias or orientation bias,” he added.

Many of us grew up being taught that money talk was off-limits. But then again, think of all the other things that used to be considered scandalous or unspeakable: Gay people living openly, mixed race marriage, women voting! None of those changes would have been possible without people sitting down and talking about it first. To fix a problem, it first has to be identified as a problem. If we think pay inequity is a problem, then maybe it’s time to take a deep breath and sit down for a chat.

So, what do you think about workplace salary talk? Have you done it? Any other tips on not making it weird? I am ALL ears!

P.S. The best career advice, and do you talk with your friends about money?

(Photo from Parks and Recreation.)

By Harling Ross
Relationships
The $20 Item That Changed My WFH Game
September 17, 2020