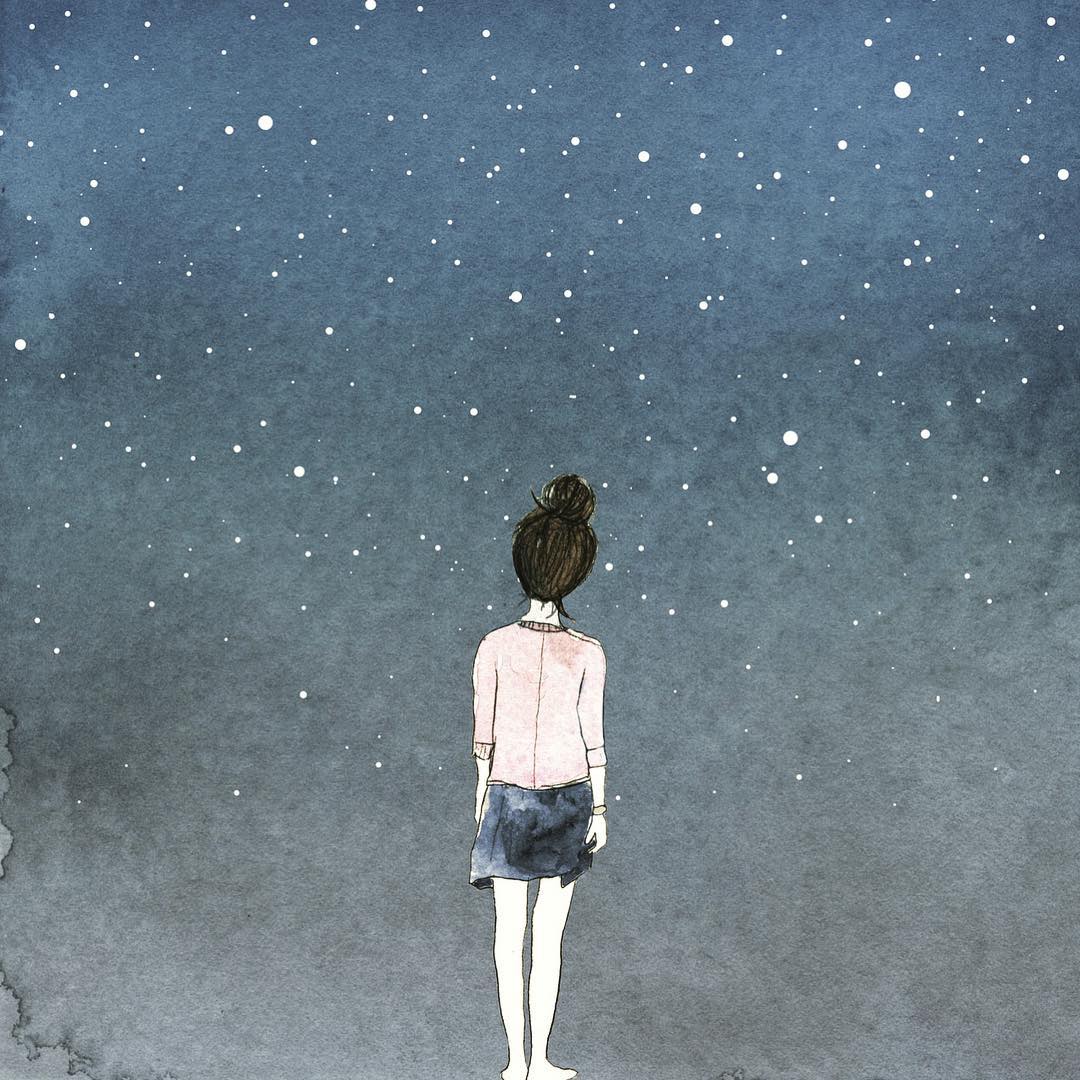 When I was a child, a friend once asked me who my hero was…

It was recess, and a group of us sat on the playground, not far from a rousing game of handball. One by one, each girl named her hero: Sojourner Truth… Gloria Estefan… Olympic figure skater Kristi Yamaguchi. Then it was my turn. I shrugged. It’s not that I didn’t look up to these women, or to many, many others, but it hadn’t occurred to me to hold one person in particularly high esteem.

A child of the 80s, I grew up obsessively singing the lyrics to Whitney Houston’s “The Greatest Love of All,” and somewhere around the thousandth time, my course in life was pretty much set. Whitney told me never to walk in anyone’s shadow, and that sounded pretty good to me. She also told me the greatest love of all lived inside of me, and that sounded pretty great, too.

But a decade later, around the same time I moved to New York, I stumbled across the highly accessorized, highly flawed Carrie Bradshaw. Freshman year of college, my group of four friends would spend our New York City nights crowded around someone’s laptop, watching four single women living out their own nights in New York City. (Meta.) Lord help me for typing this, but they became our urban role models. (What can I say? We were eighteen.)

We didn’t love these women because they were promiscuous or powerful or hopeful. It was only marginally about the fashion. We loved them because, like Mary Richards and Murphy Brown before them, Carrie & co. represented a woman’s ability to make it, on her own, in a large and uncertain world. I loved that these women lived by their own principles, even when they were principles I didn’t subscribe to.

But the show, bless its 2004 heart, still chose to give Carrie a fairy tale ending. The final season ends with a man rescuing her, from another man. And then they kiss. The show may have been a celebration of female friendship and independence, but the ending was something else entirely.

I am now 34, the same age as Carrie during the show’s inaugural season. Like Carrie, I live alone, with more shoes than I care to admit, and make my living as a writer, which sometimes includes writing about my personal life. But here, outside the realm of fiction, I recently found myself searching for that long lost role model.

If your life — whether by choice or by circumstance — doesn’t end with marriage or children, it can feel hard to find kindred heroes to look up to.

There is Linda Rodin, who I admire not just for her love of bold lipstick and faux furs, or the fact that she lives with her beloved dog in an apartment bursting with curiosities, or because she launched a wildly successful business. Rodin has a full, fascinating life that does not include marriage or children. “I loved being in relationships with wonderful and really interesting men,” she says, “I just never felt the pressure to get married. Still don’t.”

And of course, there is always Oprah.

Where, I ask you, is the role model who talks about filing taxes as an individual? Or who they turn to in an emergency? Or how they tackle difficult life choices? Or whether they have regrets? Can someone tell me how they summon the courage to answer nosy people’s questions and fill the lonely hours and kill large bugs? Do they travel alone? What are they afraid of?

Then one quiet evening, that old Whitney Houston song popped into my head. Maybe I didn’t need a role model after all. Maybe eight-year-old Caroline was onto something: maybe I could be my own.

I am currently working on a book of essays, and after much soul-searching, none of said essays focus on dating, or relationships, or even being single. As it turns out, I’ve had many worthwhile experiences on my own.

As it turns out, my heart is full, as is my life.

When social media was still young, and shiny images were just starting to circulate through our collective consciousness, I thought it was important to talk about what goes on behind-the-scenes. To that end, I shared stories about less-than-ideal moments and posted photos explaining the messes lurking just outside the frame.

Now, for every airbrushed vacation photo, there is another of someone willing to share his or her heartbreak, depression, insomnia, debt, disappointment, personal loss… and I am thankful for all of them. The most powerful thing we can do is share our stories, to help create a common narrative and know we are not alone.

This is true for ALL stories — including triumphant stories starring unmarried women.

And so, I’ve stopped shying away from sharing happy moments. In fact, I will go out of my way to do so. If I’m proud of a success, personal or professional, I’m not going to hide it. If I love my apartment or feel like dancing with glee, then guess what? I will make it known. I no longer fear showing the bright spots (along with the struggles), because I’ve realized they carry just as much weight.

In the words of Joan Jett singing the title song from the Mary Tyler Moore Show, you’re gonna make it after all. Perhaps, you already are.

P.S. On traveling alone and 12 women on becoming the person you’re meant to be.