13 Surprising Things About Parenting in Wales 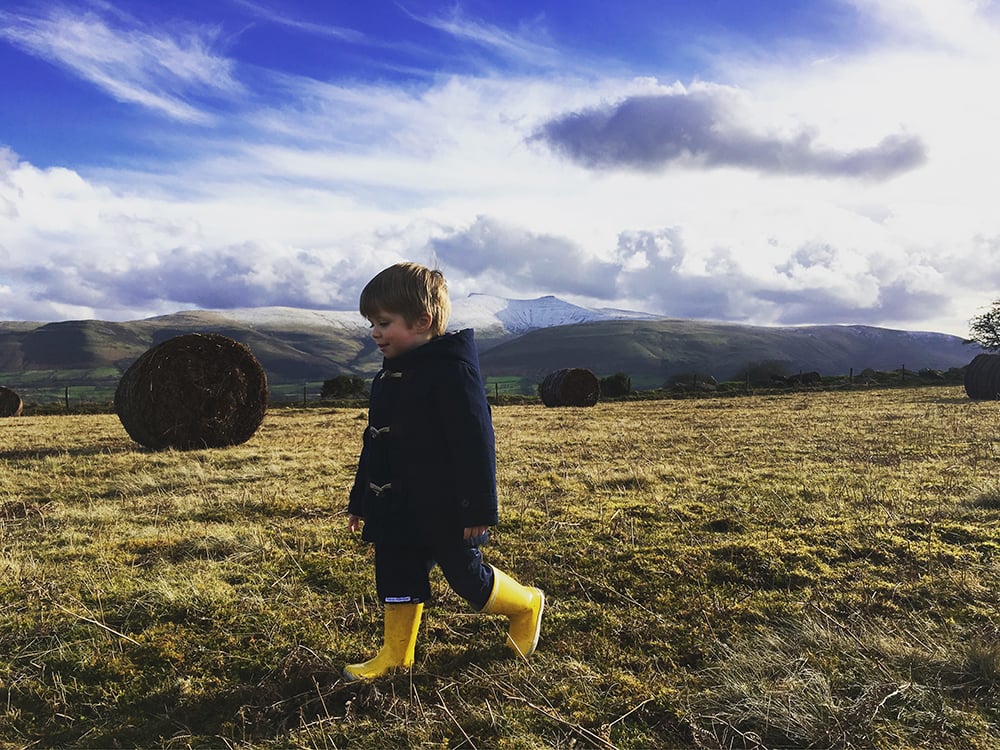 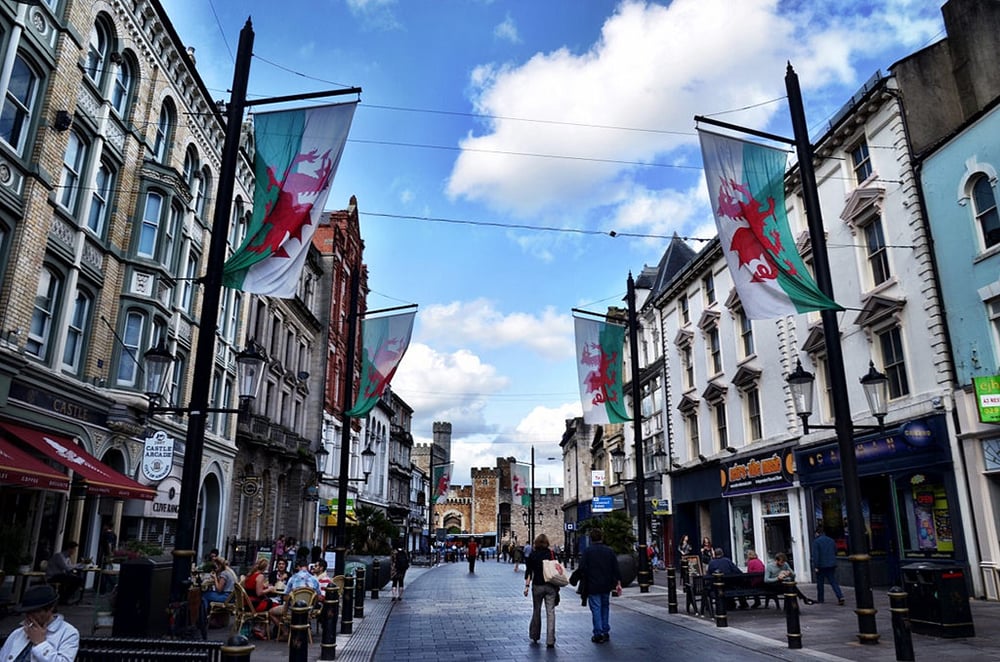 For this summer’s Motherhood Around the World series, our next stop in Europe is Wales. Bethan Griffiths and her husband James live in Cardiff with their three children — Anwen, Hywel and Rhodri. Through a child’s eyes, the country seems right out of a storybook, with its dragon flag, grazing sheep and castle ruins. Here are 13 things that have surprised Bethan about parenting in Wales… 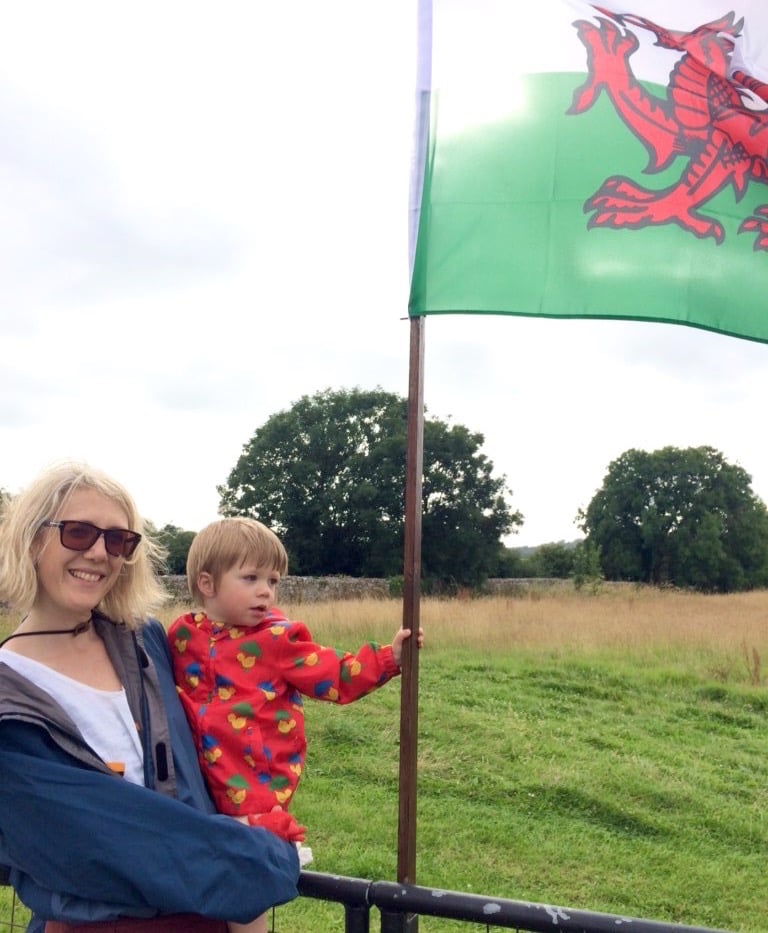 Bethan grew up in Wales, and then moved to England to study medicine. As a twentysomething, she was working as a doctor in London, but she knew she wouldn’t stay forever. “I had this yearning to be back home with its lovely familiarity,” she says. “There is this Welsh word called hiraeth, which means nostalgia or homesickness. I felt that.”

Seven years ago, Bethan and her husband James welcomed a daughter named Anwen; and, when she turned four, they moved back to Cardiff. “She has autism,” says Bethan, “We wanted her to go to a school where she could stay for years, instead of moving around.”

Now the family has two more children — Hywel, 4, and Rhodri, 10 months. “It has taken us ages to feel settled, much longer than we’d expected!” says Bethan. “Welsh people are quite reserved and although everyone we’ve met has been friendly, people generally aren’t forthcoming about dinner invites, etc. We are just now beginning to make good friends through our neighbors and schools.” 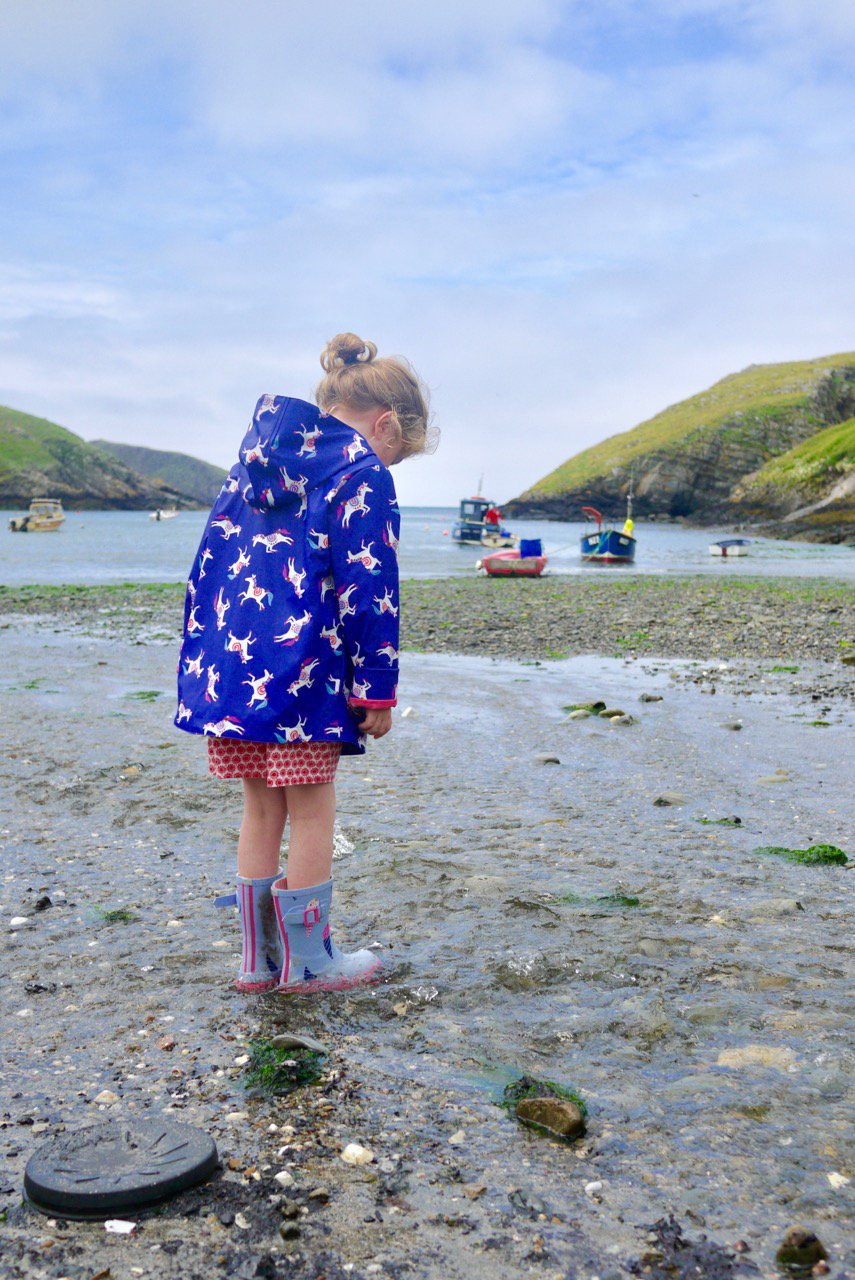 On free-range kids: Kids are outside all the time, either in the fields or the streets or the playgrounds, often on their own. The general parenting vibe is: Get on with it. Like, get on with that climbing frame that’s ridiculously high and you can easily break your neck on, you’ll work it out! That mentality has also helped with our daughter, who has autism. Back in London, at the playgrounds, strangers could be a bit frowny if she was having a meltdown; whereas here children are generally pretty loud and wild and feral. You can let it all hang out. She attends a mainstream school, and her friends really watch out for her; it warms my heart. 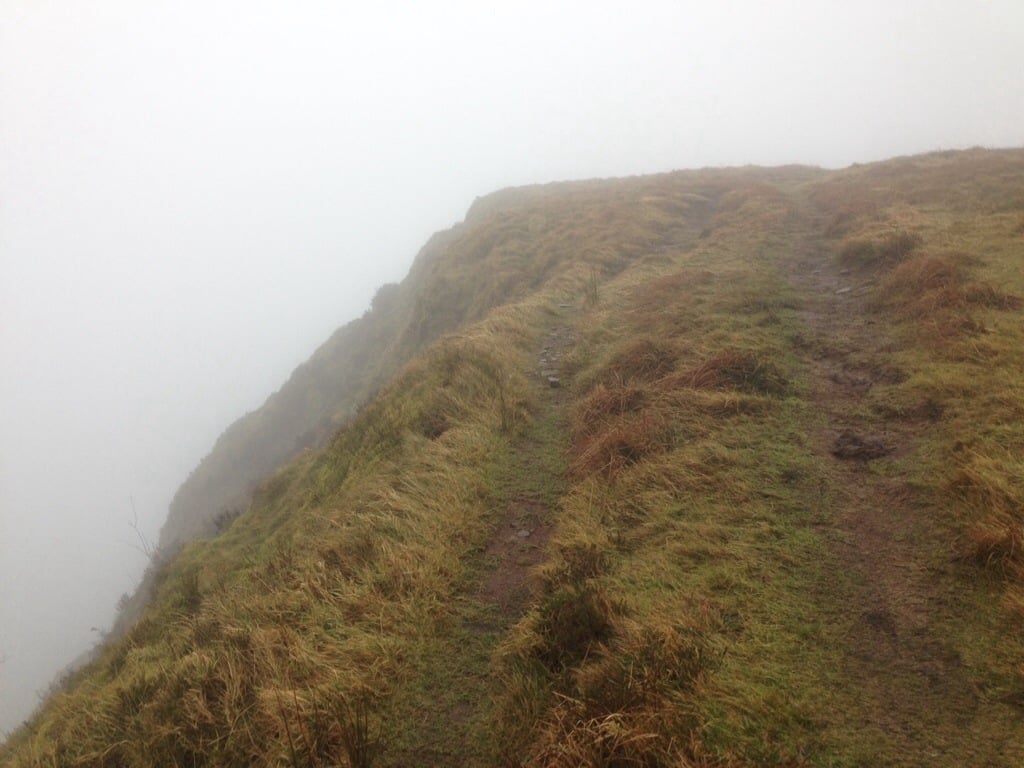 On endless rain: It’s ridiculously rainy. Cardiff has been named the rainiest city in the U.K. It rains most summer days, and it’s horrendous in the winter. You just adapt and get a good raincoat. My husband just invested in a Fjällräven — he massively splashed out on that — but the rest of us have normal raincoats. We call it a ‘cag in a bag‘ — a ‘cagoul’ is a lightweight raincoat, and it folds into a belt bag so you can wear it everywhere around your waist. 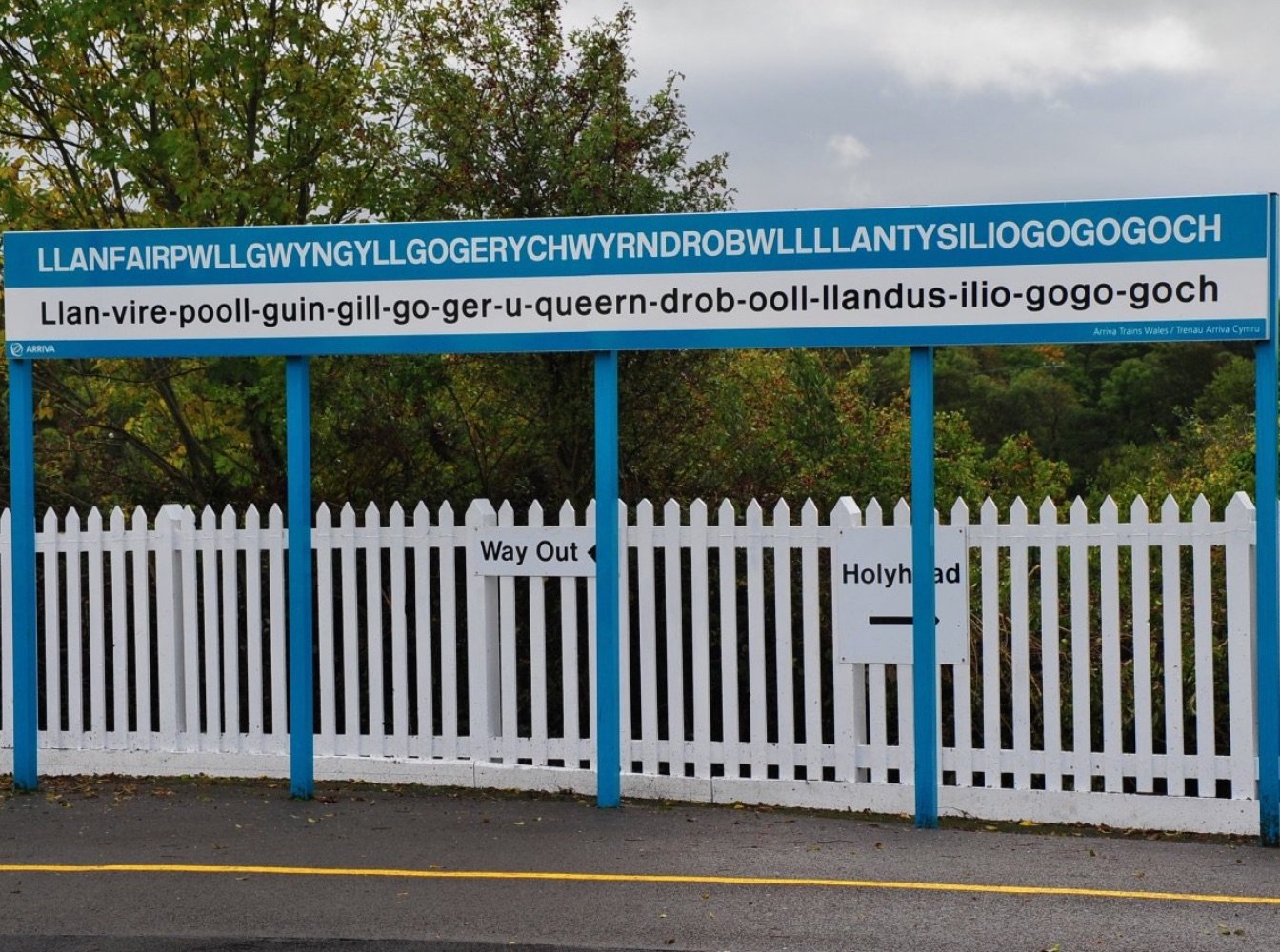 On the Welsh language: When we moved back to Wales, we were struck by how many people spoke Welsh, especially in the trendier parts of Cardiff where the men grow beards and the women wear dungarees. There are some cafés and pubs where all menus, signage and ordering is done in Welsh. Despite this, only around 20% of the country can speak Welsh and the Welsh government is trying to improve this. All road signs are bilingual — it’s taken very seriously. The language is known for its difficult pronunciation; the letters K, Q, V and Z do not feature in the Welsh alphabet. I don’t speak much Welsh, but one day when I’m not running around after children I’ll learn. Our kids have Welsh names, and I love the language. For example, there’s a tiny town called Llanfair­pwllgwyngyll­gogery­chwyrn­drobwll­llan­tysilio­gogo­goch. That old chestnut! Bizarrely, its one of the few Welsh words I can pronounce! 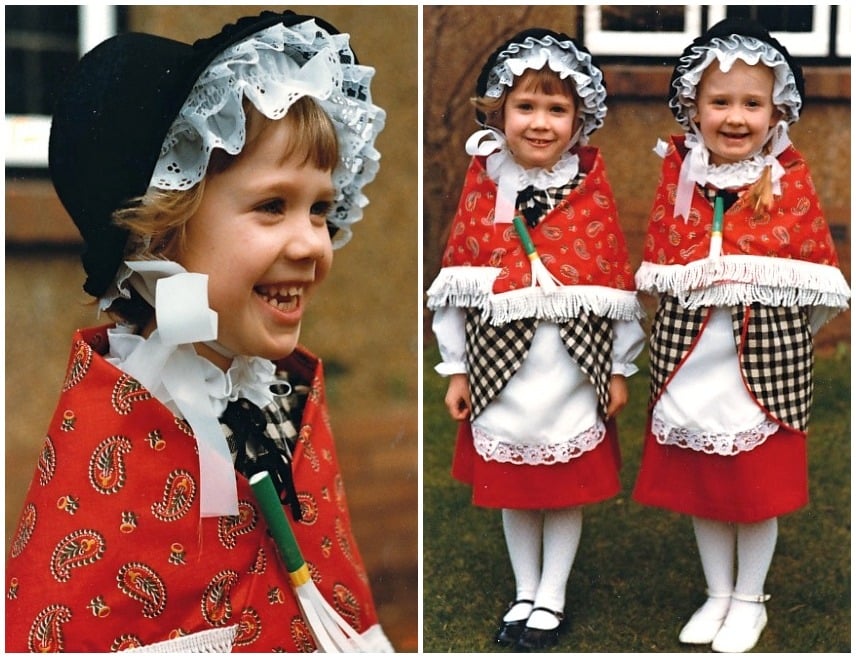 On Welsh celebrations: Every year, schools hold a ‘Eisteddfod,’ which is a celebration of music, performance and Welsh culture. This is a very big deal in the school year. Children dress up in traditional costumes; Anwen loved wearing her Welsh lady outfit. All children submit a poem, and there’s a big ceremony crowning the winner with flower crowns. Many of the poems are about Wales — castles or flowers or dragons! (The Welsh flag has a big red dragon on it, so dragons are a big deal for kids.) I think it’s wonderful that arts activities get the kind of recognition in Wales normally afforded to sport.

On the land of the song: Wales is also known as ‘the land of the song,’ and most school children either belong to a choir or play an instrument. They attend an assembly most days and are expected to sing loudly and with enthusiasm! Quite a few of my friends are in local choirs, too. Evidence shows that it’s good for your mental health to sing, especially in unison. You get those tingles down the back of your neck when you’re singing in a choir. 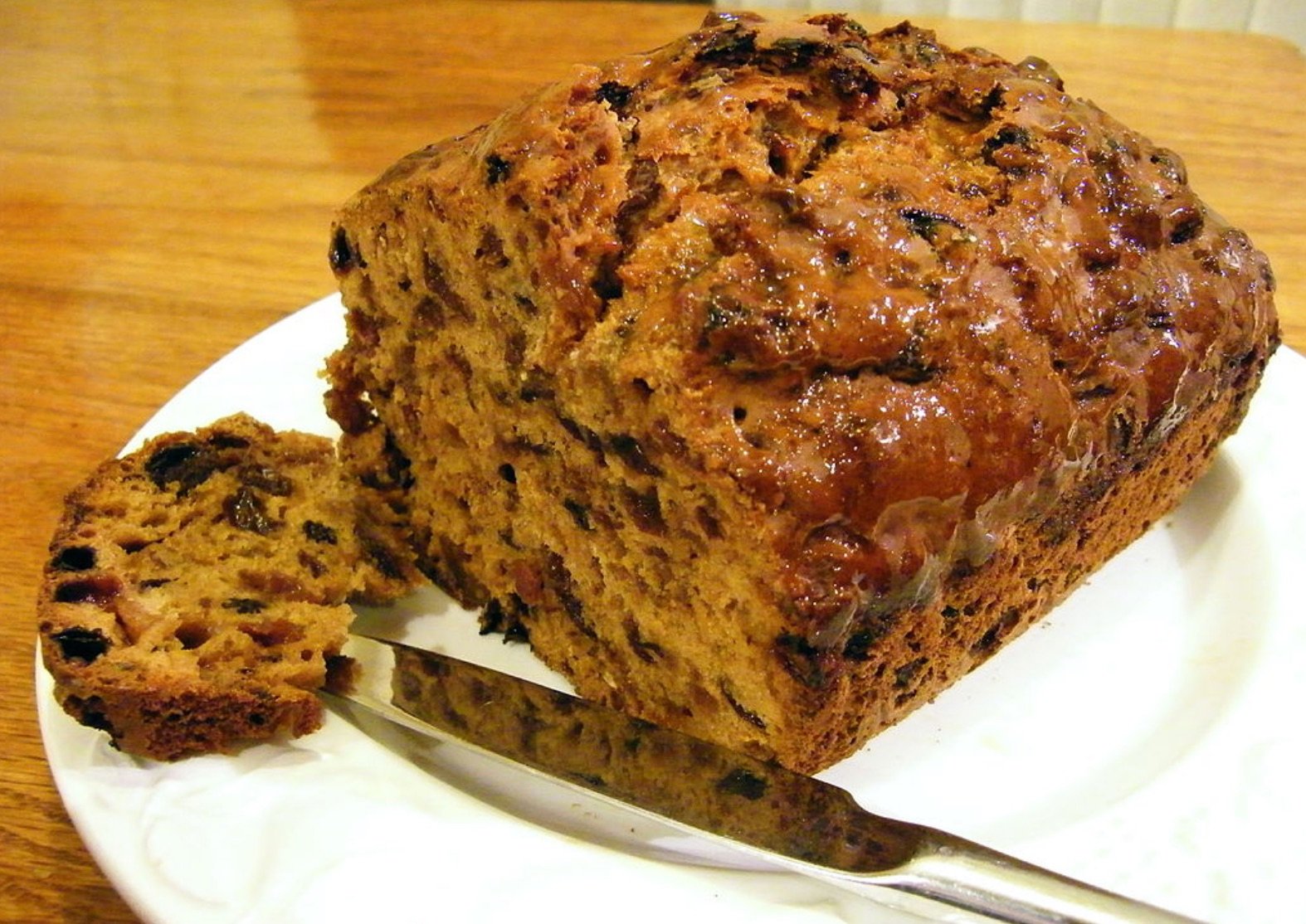 On tea time: Table manners are very important, especially to the older generations in Wales. My grandmother would judge all of my school friends’ upbringing by the exact way they held their cutlery at meal times. There are a few specifically Welsh treats which we sometimes indulge in: We like bara brith (‘speckled bread’), a sweet bread with dried fruit. And Welsh cakes with currants are a perfect accompaniment to a cup of tea, something we live on in Wales. My mum started me on milky tea when I was three — in a sippy cup! — which probably explains why I’m now completely addicted. My kids don’t drink tea yet but they dunk their biscuits in our mugs. They’re real dunkers. 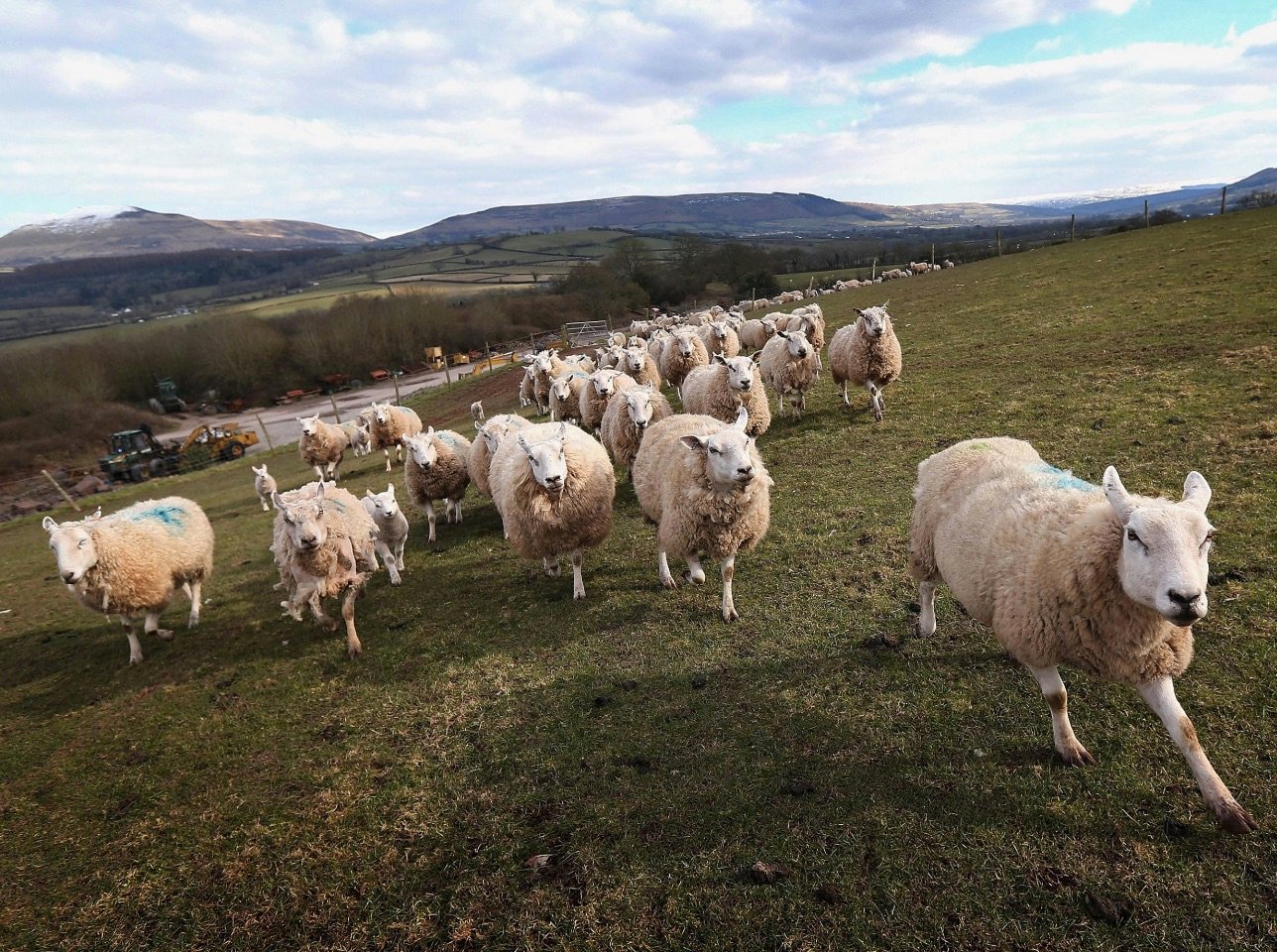 On sheep everywhere: Given that sheep outnumber people in Wales by three to one, you can’t walk a mile outside Cardiff into the countryside and not be surrounded by them. Welsh children are not at all excited by sheep. They’re like, yeah, whatever. For this reason, lamb is the meat traditionally associated with Welsh cooking. We have lamb at least once a week — roast lamb with vegetables and gravy, lamb chops with new potatoes, or lamb stew in the winter. 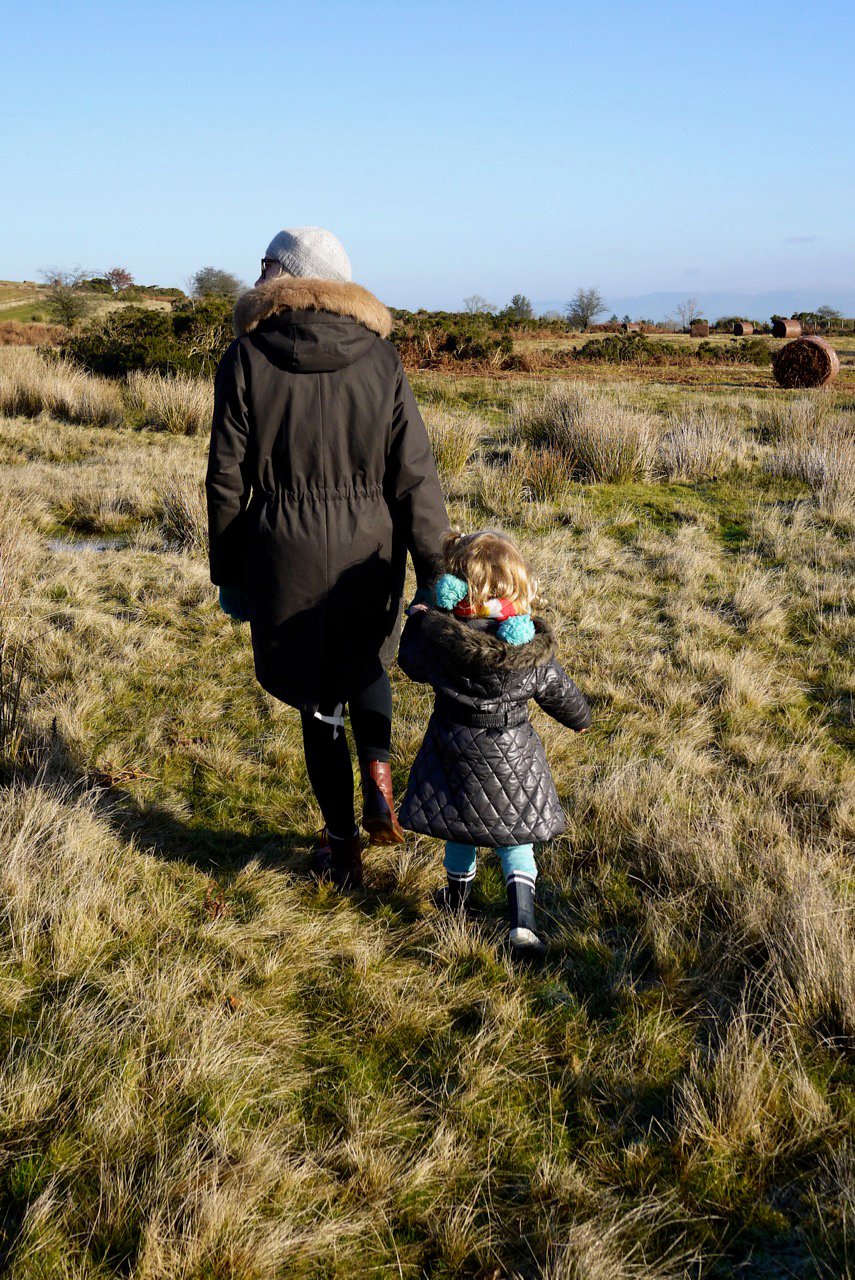 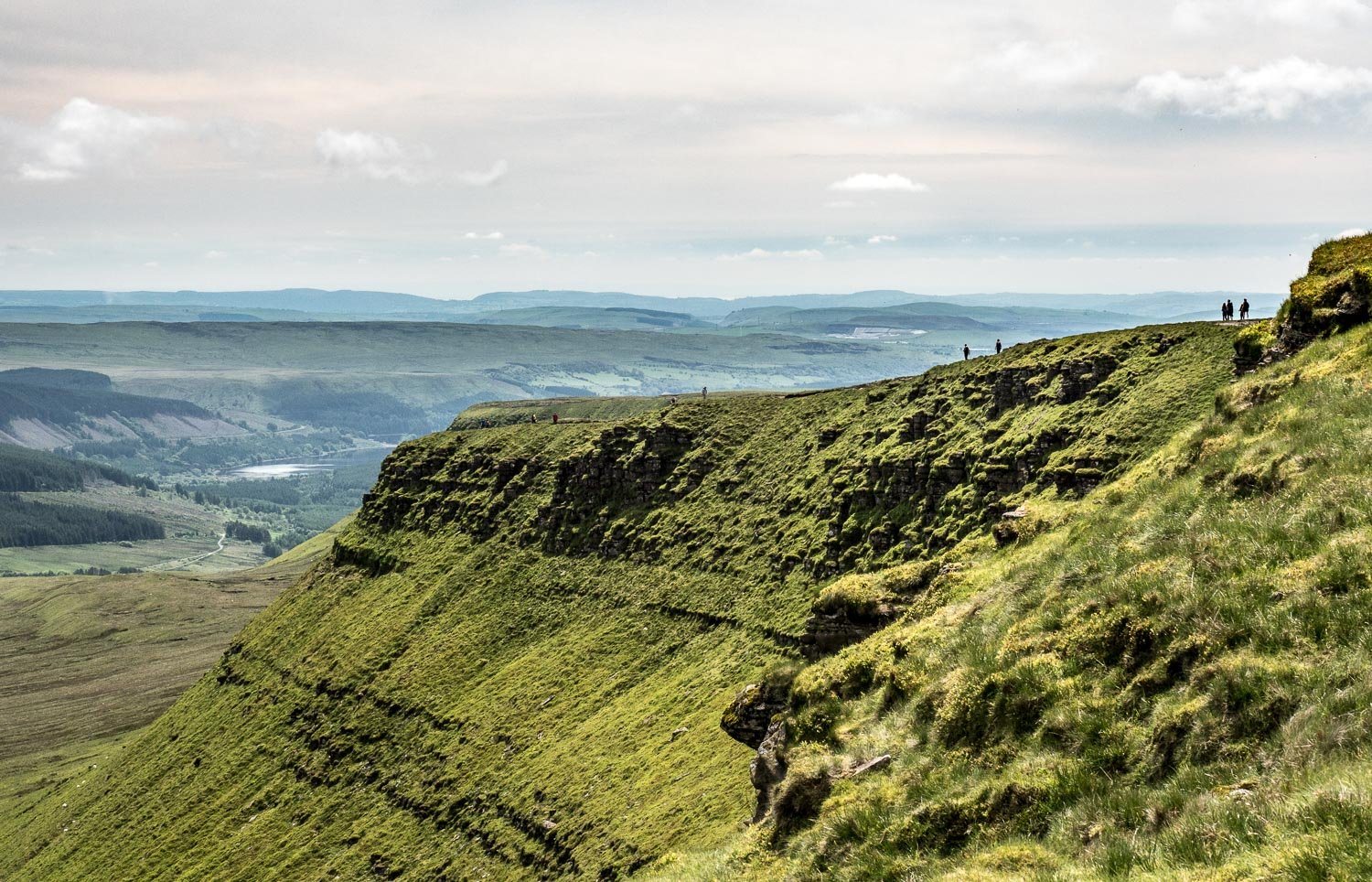 On exploring outdoors: Taking a countryside walk with your family is a very common thing to do. We started when our kids were little, so now they’re used to it and will go on a two-hour walk quite happily. We do games and sing the Beatles. There is a huge amount of beautiful countryside right on our doorstep, ranging from beaches, mountains and rivers. The Brecon Beacons, just a half-hour drive from our house, are a truly stunning wilderness. 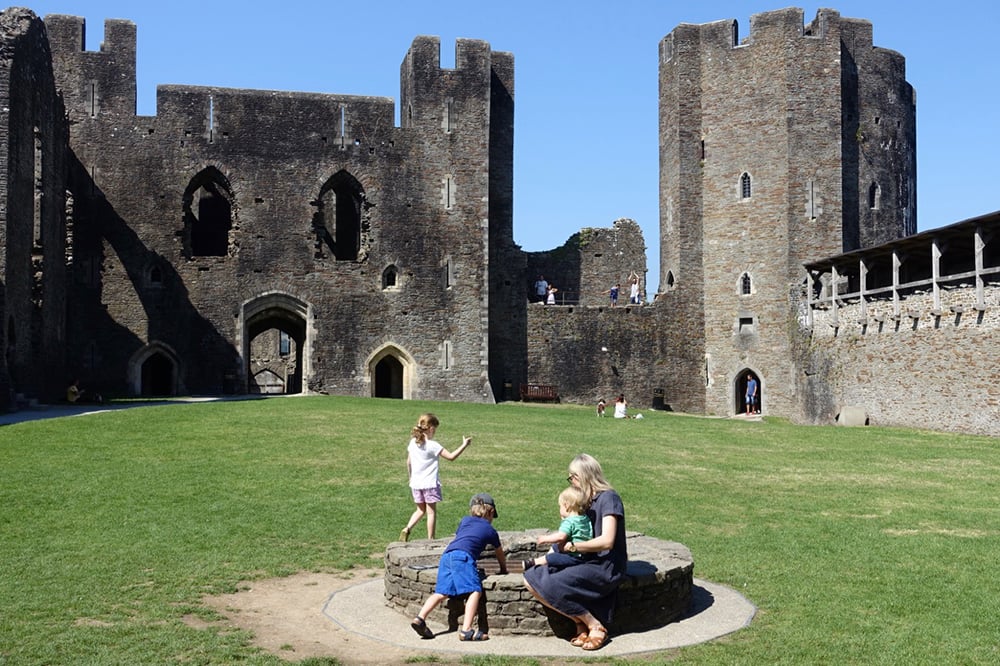 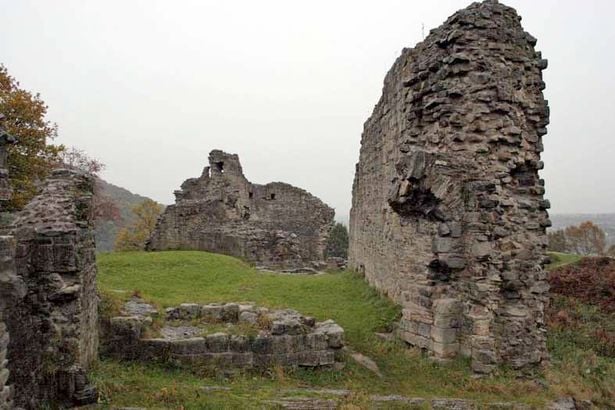 On castles: Wales is believed to have more castles per square mile than anywhere else in the world, and my children love to explore them! We have the Cardiff Castle, which is quite formal; they do jousting twice a year, where people pretend to be knights. And then there are castle ruins that you stumble upon in west Wales, and that’s equally exciting. My kids will play act around them, pretending to be knights or a damsel in distress. It can take hours. I just sit on the edge and feel wet and cold. 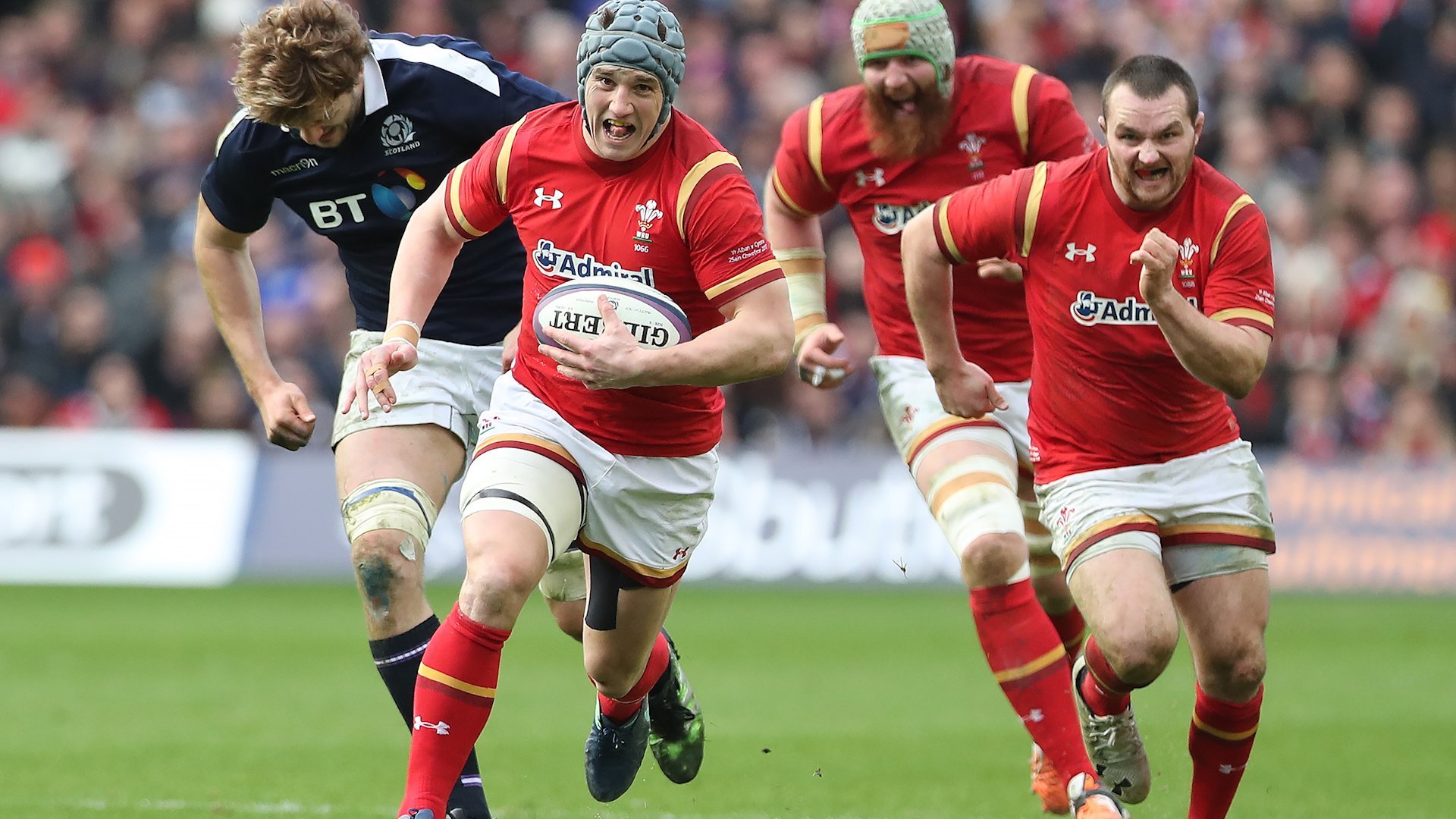 On rugby: We often watch rugby as a family – grandparents included. Rugby is a national religion. People go to their local rugby club to play and watch rugby or just socialize. Rugby clubs also often have an affiliated male-voice choir, something Wales is famous for and I challenge any Welsh person to listen to ‘Bread of Heaven’ sung by such a choir without crying. 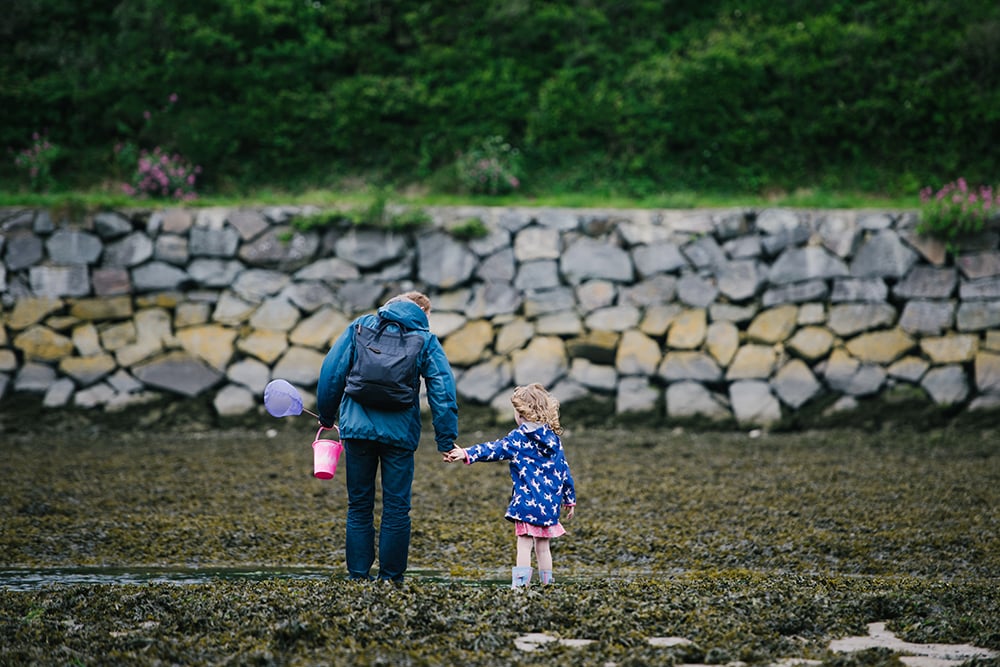 On being humble: You’re taught from a young age to not show off. Everyone is seen as equally important, and you’re not more important than anyone else. You fit in with the family, you work hard and that’s all we ask. If you stand out a bit, you’re showing off. We absolutely make sure our kids don’t brag. My son is going through that phase, where he’ll run down the road and say, ‘I beat you!’ I’m like, okay, now, don’t make your peers feel bad. 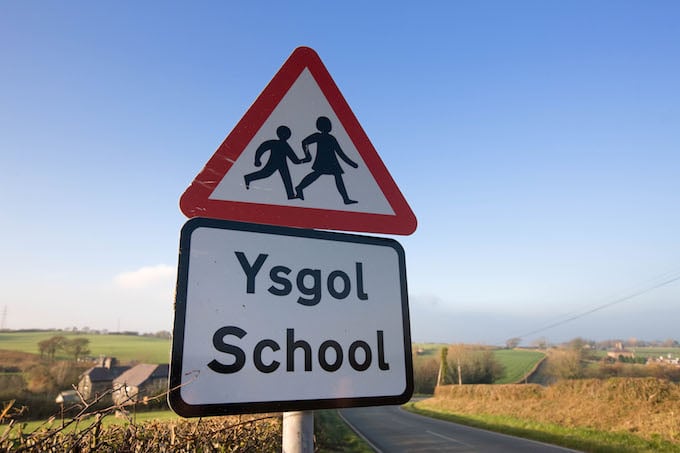 On birth experiences: Medicine is Wales is progressive, and I love that the healthcare system is free and available to all, regardless of wealth. I had my first two children in London, and my third in Cardiff. One difference in Wales was that a sexual health doctor went round the postnatal ward on the first day talking with each woman about contraception options, which were available immediately, including injections and implants. Although it was the LAST thing on my mind at point, I appreciated having a conversation with a lovely empathic doctor about family planning and all my choices. These measures were enacted to reduce teenage pregnancies, and now the current teenage pregnancy rate is at a record low.

One difference was that husbands were allowed to stay overnight. At first, I felt this was great, but then in a four-bed ward, I had to endure three men snoring extremely heavily. Given what had just happened, I could not believe how deeply they were all sleeping, and also that their partners were not waking them to pipe down! My husband didn’t stay overnight, since he went home to look after the other two.

Finally, after heading home, all parents receive several home visits from midwives and health visitors, and this can be life-saving, literally! My midwife visited regularly for two weeks to weigh the baby and check that everyone was keeping sane. 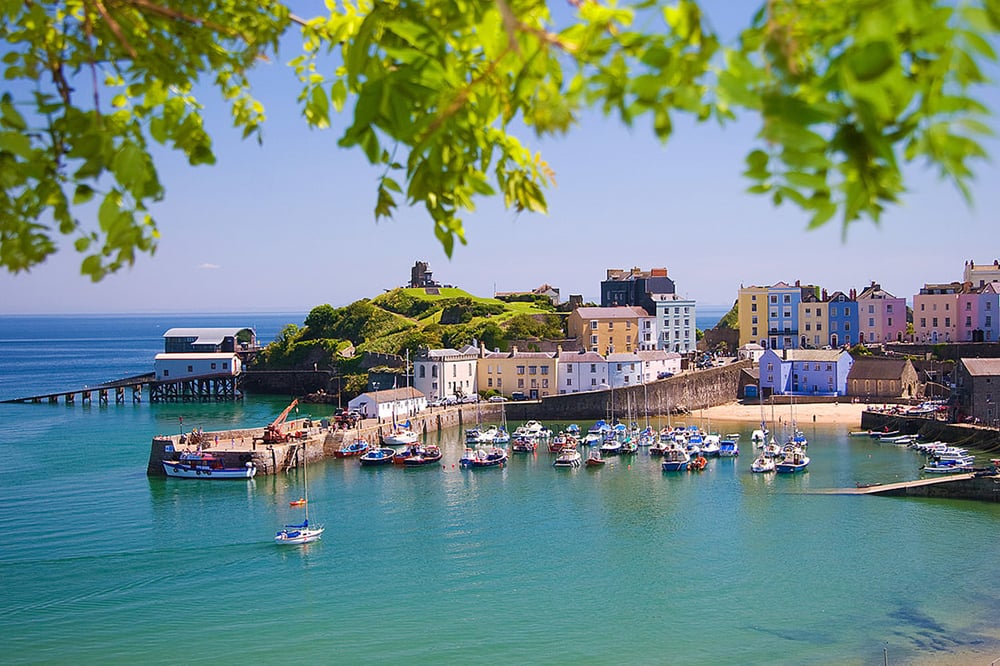 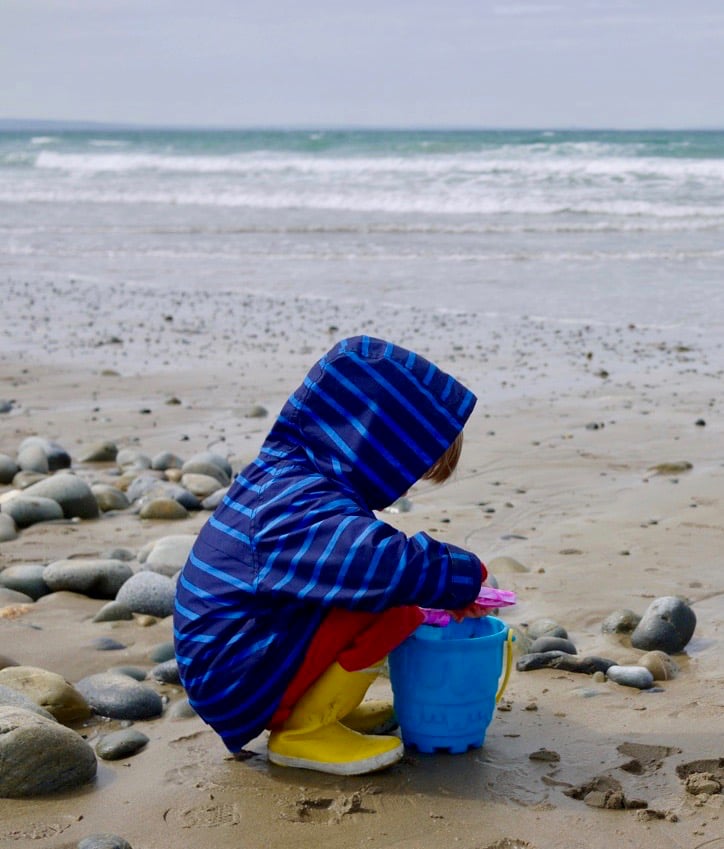 On beach vacations: It’s quite a common thing for families in Wales to go to Pembrokeshire, on the west coast. There are rolling hills and countryside paths. The beaches in particular are rugged and beautiful, and there are loads of creatures and jellyfish. Of course, my sister and I were complete wusses and wouldn’t go near them, but the kids were into them. My daughter actually licked one. She got stung, of course, on her tongue! She just went, ‘Ow,’ and then carried on. 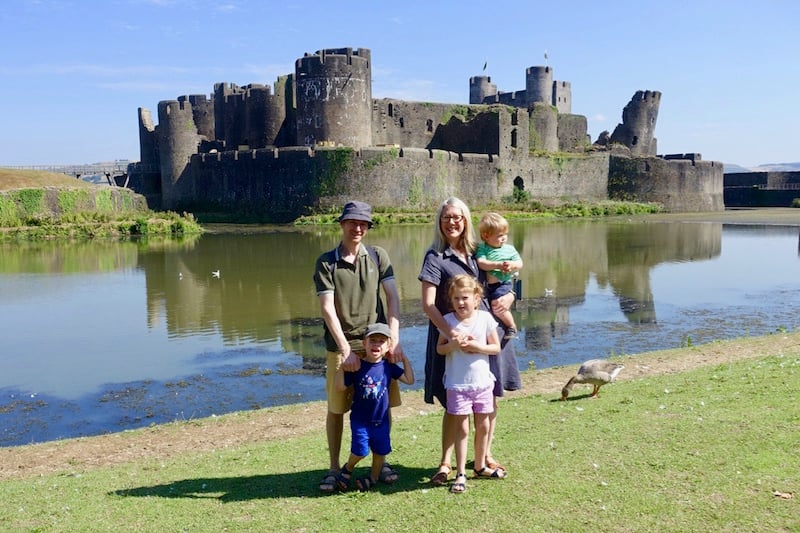 Thank you so much, Bethan!

P.S. More Motherhood Around the World posts, including Norway, Namibia and Japan.

(Lamb stew photo from Taste. Sheep photo by The Independent. Rainy days by Will. Schools sign from Alamy.)