‘My Child Is Transgender’ 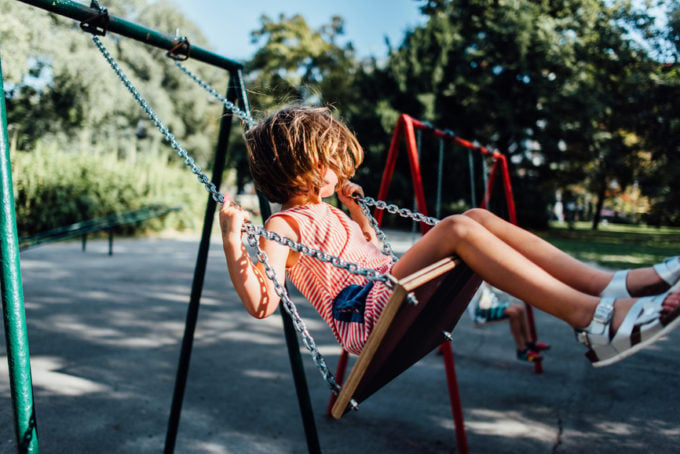 “Mom, I don’t know what to do. I’m a boy and everyone thinks I’m a girl.” Here, a mother named Grace shares the inspiring journey of her son, Eli, who is transgender…

My child was assigned female at birth. But ever since he was a baby, he rejected anything “girly.” He played with what people think of as boys’ toys and played sports with boys in the neighborhood. If he did imaginative play, he was always the brother or the dog — basically anything but the mom or sister. When he first starting talking, he would say, “Call me snowman.” And we’d say, that’s quirky and weird, but now we look back and see that he was telling us from such a young age that he was a boy. He just didn’t have the language around it.

By the time he was two or three, if I tried to put him in a dress, he would lose his mind. He would scream and go bananas, as if we were actually hurting him. It was beyond a normal tantrum. My husband and I would talk and say, what is going on? We knew something was up. From then on, we dressed him in more gender-neutral clothes from the girls’ department.

When he was eight, we were in the bathroom together; he was brushing his teeth and getting ready for bed. We were talking about getting older; I started talking about how he would develop like a girl and what that would feel like for him. And he turned to me and said, “I don’t know what to do. I’m a boy and everyone thinks I’m a girl.”

The gist of my reply was, I don’t know what we’re going to do about this, but we’re going to figure it out. He said, “Are you ever going to make me wear a dress again?’ and I said, “No, I won’t.” He said, “It was Uncle Anthony’s birthday party.” He was remembering a time when he was four — four years prior. I realized what an impression that must have made; it must have been so painful for him. And he said, “Can I wear boys’ clothes and boxers from the boy’s department? Can I cut my hair shorter?” He had always had short hair but not an actual boy’s cut from the barber. We changed all that.

Back when he was about five or six, I had gone through a phase — I called it my “girl power campaign.” Because I was like, what am I doing wrong that I’m not making this child happy to be a girl? I’m obviously not getting the message across that girls can be and do anything. So, I’d buy books about powerful women and girls being president. I was like, come on, get on board here! I’d say, you can be the kind of girl who wears boys’ clothes, and that’s fine; and you can like girls and marry a girl, and that’s fine. And when he was eight, he was like, I know I could be that way, but that’s not me.

My husband came to terms with it more quickly, but I had a harder time. I had a few months of really being so sad, where I felt like there was a mountain to climb that I didn’t know how to climb. You don’t even realize how gendered your thoughts are about your kids until something like this happens. I wasn’t the girl dreaming of a white wedding and going to the mall for a mani/pedi, but I had a daughter and loved having a daughter and had thoughts and feelings about that. It felt like I was losing something. You pick a name for your child and that goes away. What I would do is look at him and think, it’s the same kid. My child is still there. Nothing about this kid is going to change. We’re going to be okay with this.

Identifying as a Boy

After the conversation when he was eight, we didn’t socially transition him right away — he continued using his girl name and female pronouns — but he essentially lived as a boy. If we were out at a restaurant or store, he’d use the boy’s room because everyone thought of him as a boy. I found a therapist for him because he was eight and he was little. This was all pre-anyone talking about transgender stuff. I was trying to figure it out and making sure it wasn’t just, “I want to be like my brother,” or a phase. Was this something he’d grow out of? But in my heart of hearts, it all made sense.

When he was nine or so, I remember thinking, puberty is coming and I need to figure this out. So, I found a support group in New York City called the Gender & Family Project. What’s good about the way they do their program is that parents meet together in one room and the kids meet together in another room. He was able to be “he” in a space, and he could try on the name “Eli” and see how it felt, and he met other kids who had transitioned. They were regular, happy kids who had a life and were just trans kids. Those two factors really helped him to feel like he was ready to transition.

Now that I know a lot of trans kids and families, I’ve noticed something: When you’re assigned female at birth but you wear boy’s clothes, it’s okay. People not only accept it, they actually think it’s cool — he was celebrated as a little girl who hung with the boys and played ice hockey. But for children who are assigned male at birth who want to identify as female, it seems harder for them in those early times. I think it may result in them transitioning earlier.

One day, when he was 10, he told us, “I’m ready to transition.” To choose a new name, he asked which boys’ names we had considered when I was pregnant. From that list, he picked Elias and we call him Eli.

He wanted to flip a switch and be called “Eli” and “he” and have everybody know. But our suburban town is politically mixed, and we didn’t know how it would go. I actually thought we might have to move. We picked a date on the calendar, and I worked very closely with his school in the weeks leading up. The school hired the Gender & Family Project to train their staff — his teachers, his gym teacher, the nurse, etc.; it was awesome. They also prepared a lesson for all the fifth graders. It was about identity in general (what are the components of you, how we are similar and different from each other, etc.) and at the end, they led into talking about Eli. We invited the parents of Eli’s friends and his hockey coaches and key people in our lives to our house and had the Gender & Family Project answer questions. Our approach was to try to get the grownups on board, and we were less worried about the kids since kids tend to be more naturally open.

We also sent out a Q&A sheet — to the fifth-grade families, our family, everybody. We tried to anticipate what kids and adults would ask. How does he know he’s a boy? Why does he feel this way? “He was born this way; Just like you were born knowing that you were a boy or girl, he just knew he was a boy.” Will he date or marry? Will he ever go back to being a girl? What about his body? “What is underneath our underwear for all people is something that is private. But you should know that being a boy or girl is really something that comes from your brain, not your body.”

I’m so glad to say that it worked out really well. His friends accepted him, he was never bullied. It’s actually unprecedented. These are families who might otherwise not have been so accepting, but they knew Eli from the time he was a baby. When you know someone, it changes your mind about things. People can see, he’s a regular kid! These are just normal children!

The thing that people still ask most about is Eli’s body. That seems to be the biggest fascination. He’s on a hormone blocker, which is a really nice option for a lot of trans kids. It’s like a pause button. It’s absolutely reversible. If we took him of the blocker, he would begin a healthy puberty as a girl. It just gives the kids a little more time to settle into themselves. Nowadays they do it with an implant in your arm. He’s had his for a year and a half. Eli says that he’d like to take male hormones; we’ll explore that in a few years.

Eli was definitely happier after transitioning. His teachers would say to me, wow, he’s like a different kid. He’s so much more lighthearted and relaxed. I think he finally feels like he can be himself.

Our older son was 14 when we first started all these conversations with Eli. He said, that’s fine if she wants to be a boy, but she’s not going to be my brother or anything. But by the time Eli was ready to transition, his brother was super supportive. Some families struggle with how the trans kid ends up getting so much attention and focus, while the other kid gets lost in the shuffle. But we were lucky — my oldest son is an independent spirit and came through unscathed.

I wish people would know, the transgender community is not something to be scared of. It might not look the way we’ve always thought about people in terms of their gender and gender expression, but trans people and gender nonconforming people are just people — like you and your children and your friends. They are trying to live life in truth and happiness. Sometimes I think people miss out on understanding that.

What’s most surprising is how we’ve ended up feeling so lucky. We started out feeling like, this is kind of a disaster but we’ll manage it and figure it out. And now we feel so grateful. People say, oh, he’s so lucky to have you; but we feel so lucky to have him. We celebrate his trans identity. He’s changed our lives and community. He has opened up all our minds and hearts. 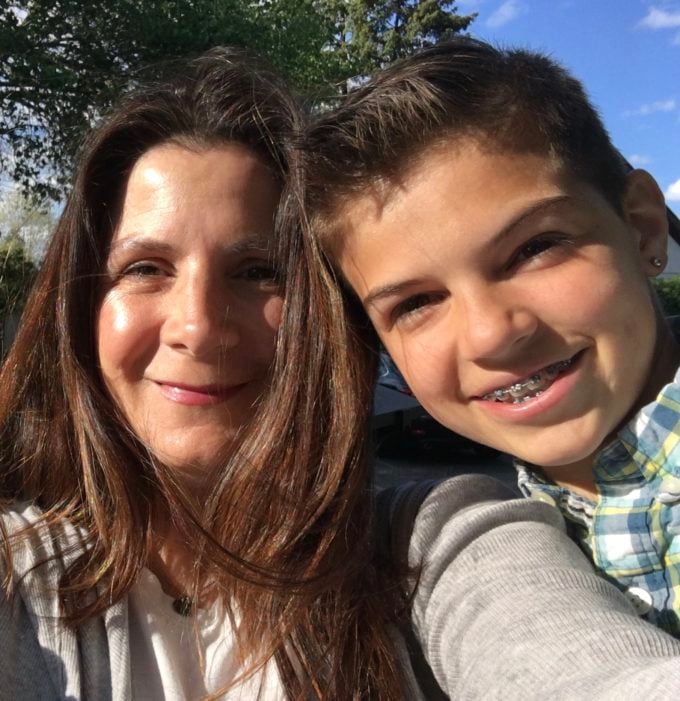 Thank you so much for sharing your story, Grace and Eli! If you’d like to hear more from parents of transgender children, this podcast — How to Be a Girl — is great, and I loved this Moth episode.

P.S. How to talk to little girls, and teaching kids about sex.

By Joanna Goddard
Design
What Was Your Mom Like When She Was Younger?
April 6, 2020