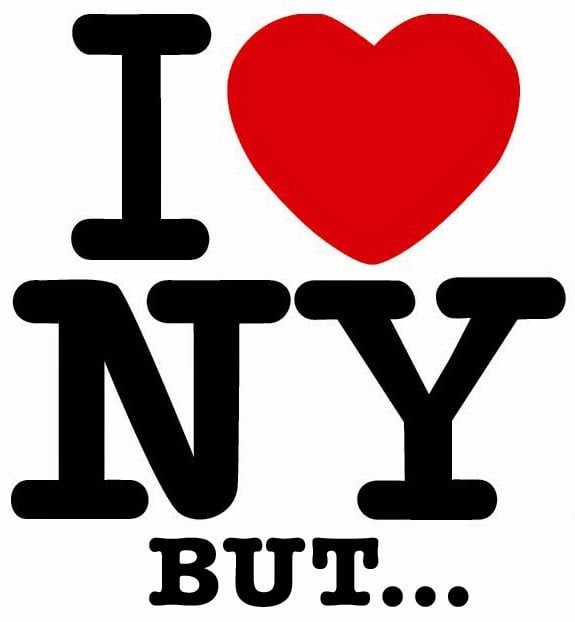 NYC was just voted the world’s favorite city. This month was my twelve-year anniversary of living here, and I love it here, too. But NYC can be a serious drag sometimes! (Remember the popularity of this Onion article?) So, although I often point out the positives of the city, in an effort to be even-handed, here are nine things about NYC that can drive you batshit crazy… 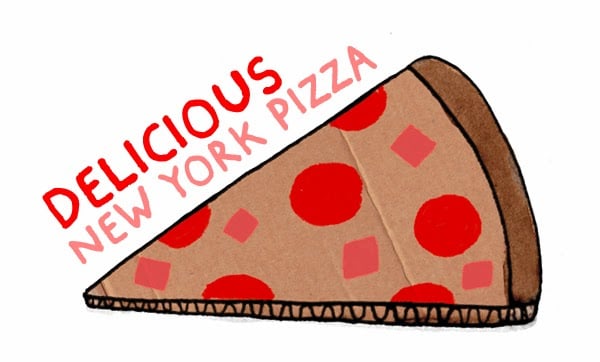 NYC pizza tastes like cardboard. There, I said it. 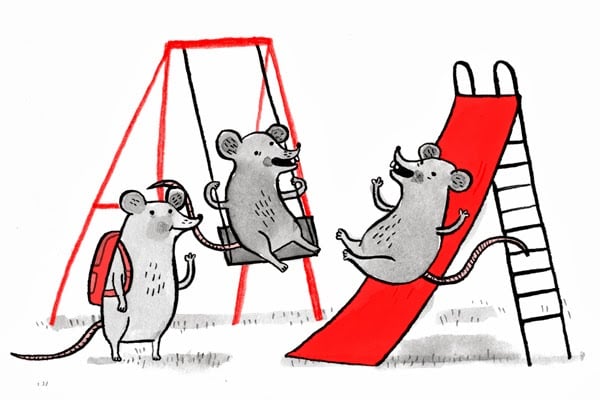 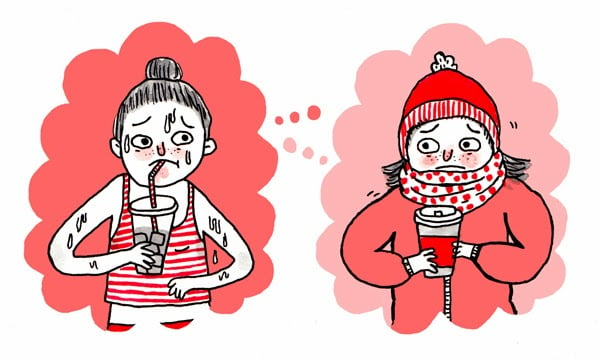 Summer is humid and blazing hot; winter is bone-chillingly cold. 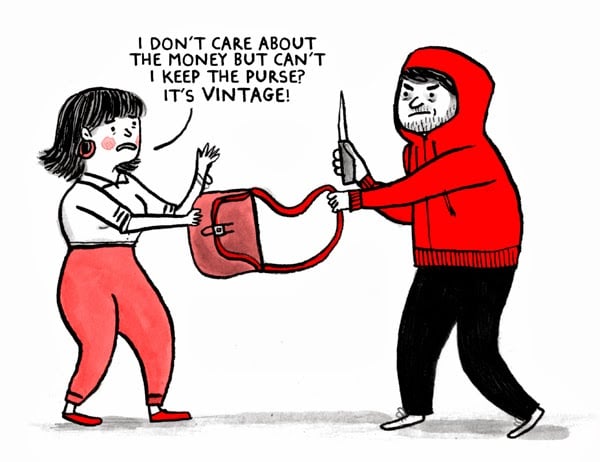 Many people you know have been mugged at one point or another. (When I was mugged in my twenties, two guys in hoodies came up to me and told me to give them my wallet. In a moment of very uncharacteristic bravery, I actually negotiated with them to see if I could just give them my cash and keep my wallet because I had a gift card from my boss in there! They said yes!) 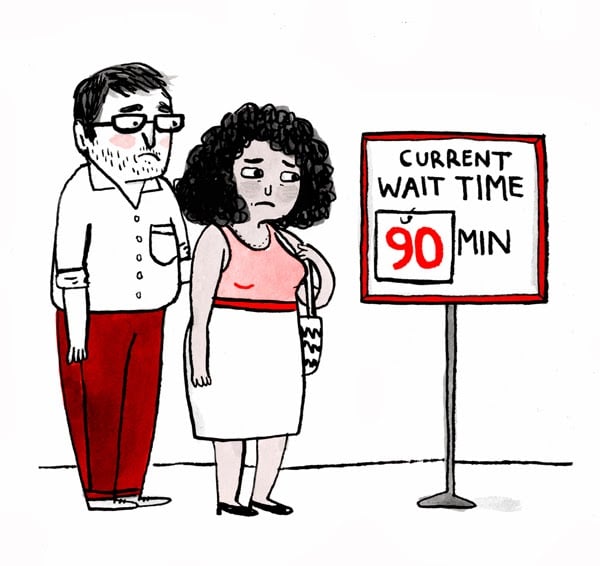 The average wait time at a West Village restaurant on a typical evening is 90 minutes. 90 minutes! 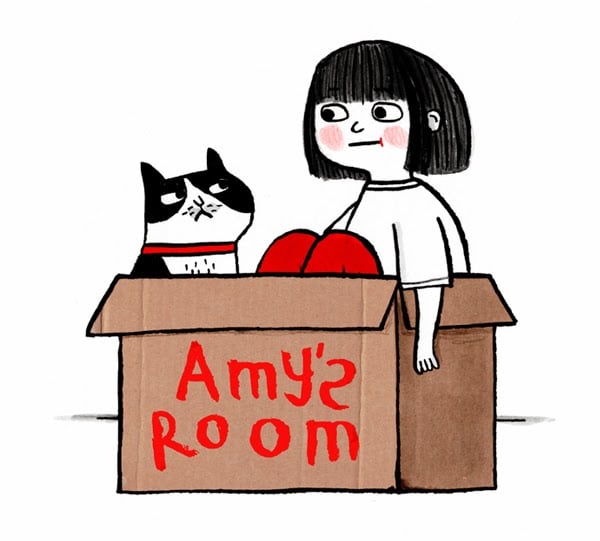 Most people’s apartments are TEENY TINY. For example, our friends share a one-bedroom apartment with their two kids—the baby sleeps in a mini crib at the foot of their bed and the toddler sleeps in the closet. 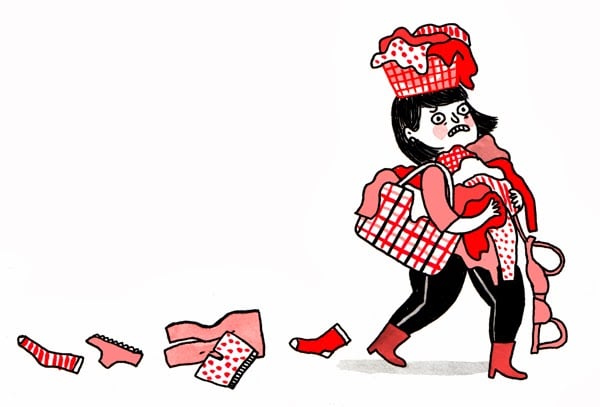 As a thirtysomething adult with a full-time job, it’s very normal to not have a car, dishwasher or washing machine (and have to trek to the laundromat). 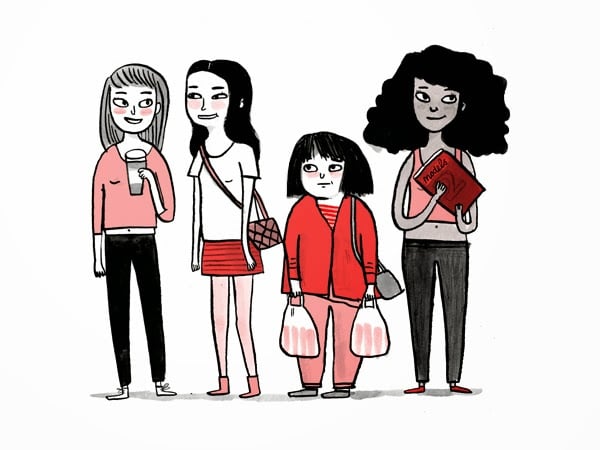 The city is filled with models. (For example, at the playground this summer, Alex ended up casually chatting with her!) So, you find yourself walking down the street feeling pretty good about yourself, and then you pass a gaggle of these ladies and you’re like….oh, well, okay then. 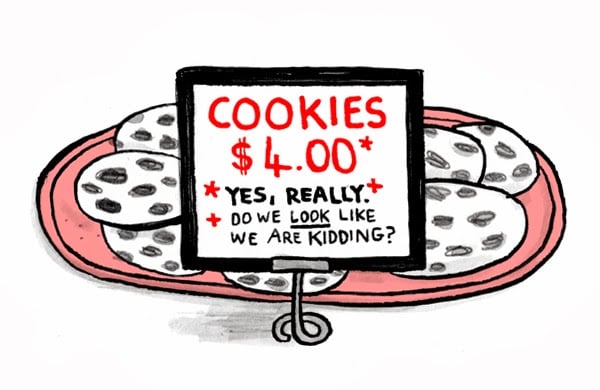 Random things are psychotically expensive. For example, one chocolate-chip cookie will run you $4. One drop-in children’s music class is $25. And I ordered a lemonade at a cafe this summer and when the check came it was $10. $10!

But in the end, I can’t help it…I’ll always love you, New York City.

Anything else to add?? And if you live elsewhere, what’s unglamorous about your town? :)

P.S. The Cup of Jo Guide to NYC. Plus, four posts with Gemma Correll: How to have sex, how to eat dinner, how to drink wine and how to feel pretty. 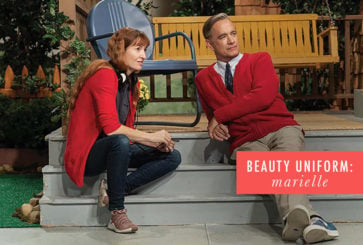 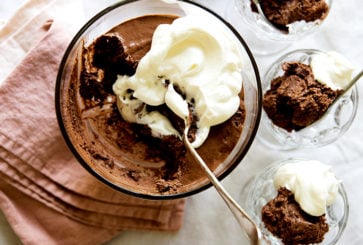 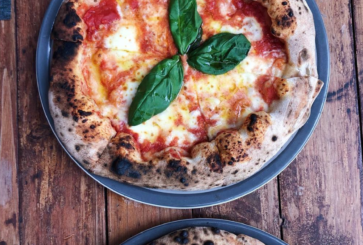 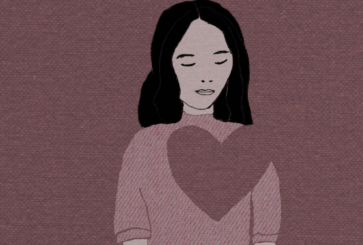 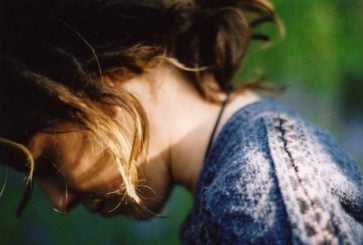