What Funny Words Do Your Kids Mispronounce? 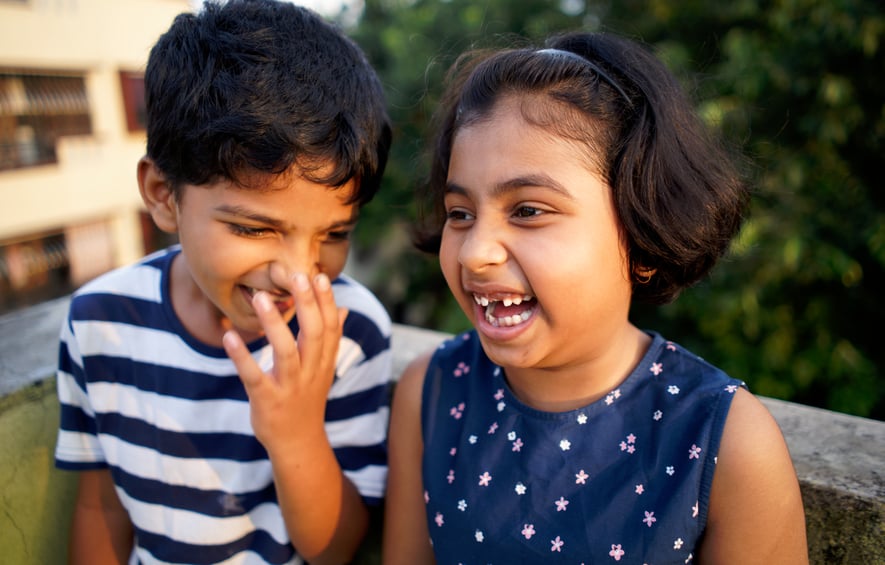 When Anton was two, he would always ask me…

“Can you take my shoeson off?”

He also used to say “long-sleeved shorts” instead of pants, “foot thumb” instead of big toe, and “yesternight” instead of “last night,” which somehow feels poetic.

Toby, meanwhile, pronounced his own name “Tibby,” and instead of motorcycle, he always said “masimoto,” which we thought sounded like a Tokyo-based marketing firm.

Most of their little mistakes have worked themselves out, but instead of “tortilla,” eight-year-old Anton still says “torteera.” And I will never ever correct him.

What about the kids in your life? What funny words do they mix up?

P.S. Toby and Anton in conversation, and do your kids ever swear?

802 COMMENTS
WRITE A COMMENT
Array ( )
Motherhood
most popular
01
21 Completely Subjective Rules for Raising Teenage Boys
02
Best of: Parenting Around the World
03
Trying Out Slow Parenting
04
How Did You Know You Were Ready to Have a Baby?
05
Three Transgender Kids Share Their Stories
May We Suggest…
By Joanna Goddard
Motherhood
Raising Race-Conscious Children
June 1, 2020

290 COMMENTS
By Joanna Goddard
Motherhood
Two Words to Say to Your Child
February 22, 2021

My granddaughter used to call oatmeal “opameal” and her grandpa still does!

My daughter (a Christmas baby!) calls holiday lights ‘celebrators’ as in “mama look all the flashing celebrators!!!!” and i hope she never ever stops.

She also calls our local arboretum the ‘arBURRITO’ which is fun and delicious.

My almost-8-year old son still says “segret” instead of secret and “popstickle” instead of popsicle that, similarly to you, I will never, ever correct.

My mother in law called the toilet the lavatory, and our oldest son thought she was “going to the lavender tree”. Our boys are 7 and 9 now, and we have a running joke “do you mean hitted, hit, or hat” “hat!”, “do you mean went, go-ed or gawd?” “gawd”, “do you mean shooted, shot, or shit?” “shit” (please excuse the language). They always choose the most wrong option, proving that they do know the right one, but it doesn’t always come to mind.

“Aminals” for animals and “skabetti” for spaghetti!

I know I’m late to this but I was reminded of this post last night when my four year old proudly proclaimed that he had eaten his “TIRE dinner!”. He uses this phrase a lot and I am so delighted by it. I will never tell him the actual word is “entire”. Hopefully he makes this mistake for this TIRE LIFE :)

We took my sweet nephew to a classic roadside diner for lunch. He looked over at my pot roast sandwich covered in brown gravy and said- “Wow, it’s a chocolate sandwich!”

When my daughter started kindergarten in Sept 2019, she learned the Pledge of Allegiance, because the principal recites it over the loud speaker every morning. A few months into the school year, my daughter would absentmindedly recite the Pledge, but instead of “One nation, under God, indivisible…” she would say “is invisible.” And she always ended with “please have a seat.” I realized that the principal ends with this statement every day, because all of the students are instructed to stand for the Pledge

Fast forward to March 2020, when schools (and much of the world) shut down for the pandemic, and kindergarten went virtual. The teachers maintained the morning routine, including the Pledge, and asked the students for a volunteer to recite it. Since I had to supervise my daughter during virtual school, I got to hear the other kids’ versions of the Pledge, and I noticed all of the kindergartners added “please have a seat” at the end – they all thought this was part of it!

My 4-year-old daughter calls her cute little pair of overalls “owah-ohs” and it just about swoons me to the moon!

My grandson would say yesternight instead of last night.

Lollypop is “Lady Pop” and Screen time is “Scream time”

❤️ I can’t bring myself to correct them!

HAHAHA I love how she calls her armpit mole!

My daughter has a mole on her chest that she calls her “private mole” and I find her peeking at it secretively when nobody else is looking, and if you look at her, she’ll put it away and say “it’s private.” She loves her little private mole! Like it’s her little secret. No name for it though. These kids just break my heart with how precious they are.

My niece calls sparkles and sprinkles “farkles” and I don’t ever want to tell her she’s wrong. Her brothers think it’s hilarious because they think it sounds like sparkle farts.

Our big kid said “elifiddent” for elephant, which is almost as cute as what his papa said (“folifant” for “olifant”, elephant in Dutch). He said “meshrooms” for “mushrooms” for the longest time. I was sad when that went away.

The small kid says “breakiss” for breakfast, and that something will “feel me better” when he means that it will help him feel better. He currently calls this country the “Moo-nited States” which is basically the cutest.

My 4-yr old calls hand sanitizer “hanitizer” and just can’t bring myself to correct him!

Mine does the same and I truly believe that it should be renamed as such!

If that’s yours, this is “mines.” 😂 And “sip” for a can of seltzer. And used to be “octotopter” instead of helicopter. But that one has been corrected.😢

My daughter called the space behind her knees her leg pits, and since I don’t even know if that part of the body has a name, we’ve kept it ever since.

For one glorious week, my 2 year old referred to the elevator as the elephant-gator. Sadly, she quickly self corrected, but she still insist that we call her Buddy Waffles from time to time, so all is not lost.

When my son was little he used to call girls “grills”, yogurt was “yogrut” and my all time favorite was “pornoculars”, instead of binoculars. My neice called umbrellas “rainbrellas”, when she was hungry she asked for a shrack, and the color yellow was “why-yo”.

My daughter is 4, and when she was learning to talk she started saying “blanklet“ instead of blanket and it has stuck! Now, I still get confused as to what is the real word – blanket or blanklet?
She also calls her bathing suit a “babbing soup”… and now her younger sister started calling it that too. I will never correct them!
The 4 year old still talks like her tongue is too big for her mouth and trips over her words. She is starting to notice and get frustrated about it. But I’m the same way 😂 so we work on our words together!

I could read these all day! My son spent the first 6 years of his life calling guitars “dick-tars”, which was both funny and potentially mortifying. So much of my family’s vocabulary is built from funny things various ones of us said as kids – Cheese crackers are all “Tee Nips,” chipmunks are “chicken-monkeys” and freckles are “pickles”. And I never let my niece who is now in her 20s forget the time she called bras “shawls for your bewbs” when she was little. lol

One night during dinner my 5 year old asked what cockatail I was having. It sounded so fun that now we always refer to them as cockatails.
My other fav is when my other daughter kept asking for a song called Bubble Gum Beach. After a long and exhaustive search it finally came on the radio one day and she yelled- this is it! Papa Don’t Preach by Madonna. Obviously we only sing the new lyrics now. ☺️