What Do You Cook on a First Date? 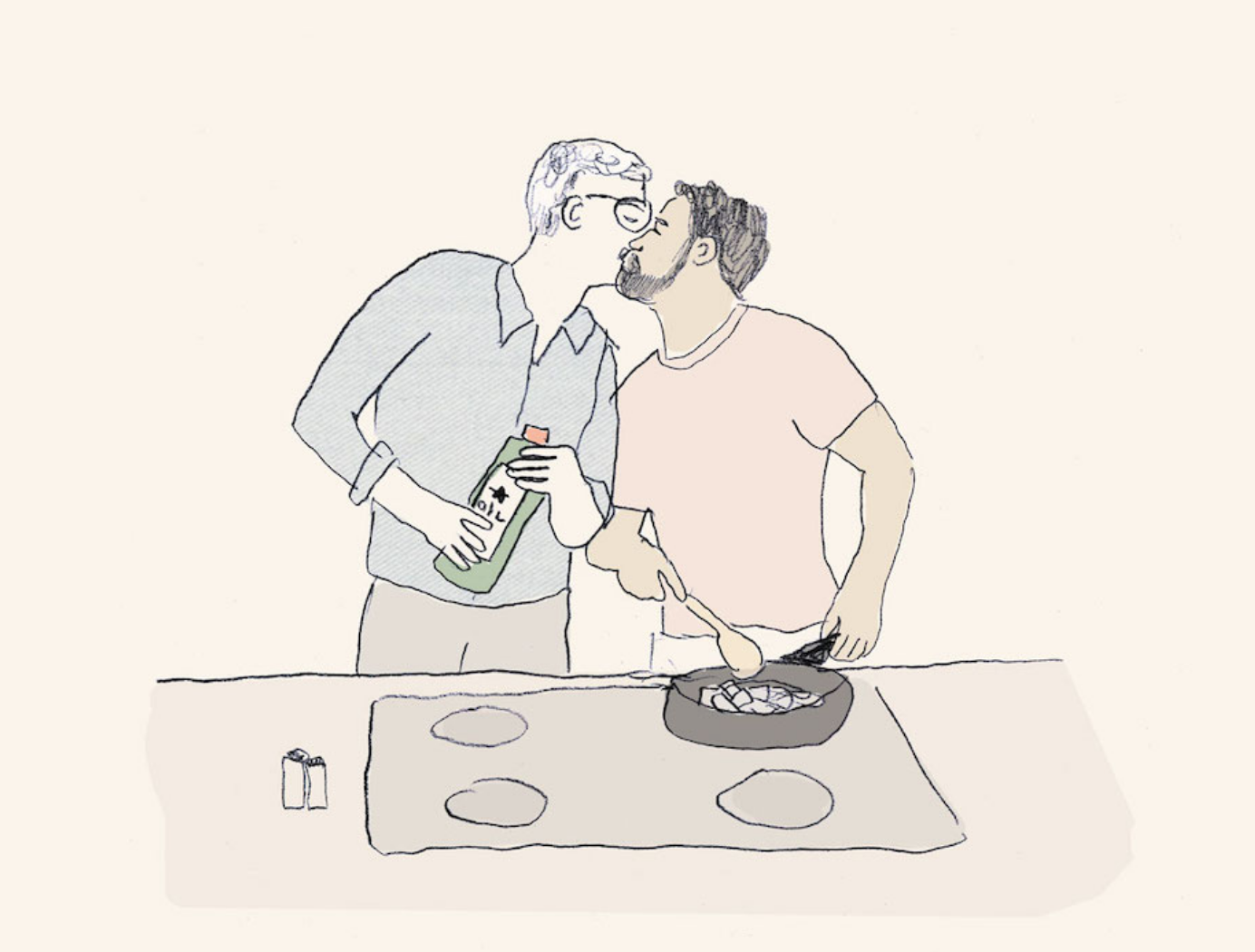 When I was in grad school, I had a crush on a boy in the history department. To impress him…

…I invited him over to my shoebox apartment and cooked him a ridiculous multi-course dinner: We started with lots of white wine and maple-candied toasts, topped with soft-bellied Camembert; next was the soup course, a creamy tomato number, followed by whole trout en papillote with minted pea puree and sautéed pattypan squash; the finale was homemade vanilla ice cream with raspberry coulis (which I was, thankfully, able to prep the night before). We balanced our dinner plates on a tiny side table and kept our wine glasses on the floor by our feet. It would’ve been romantic had it not been so extravagant. To make matters worse, the conversation was stilted, since I had to run back and forth from the kitchen to dole out each new course.

As impressed as History Boy was with the meal I had cooked for him, on a graduate-student budget no less, he immediately fell asleep on my bed. The food had put him into a stupor. When he awoke from his nap, he kissed me on the cheek and took a cab home, leaving me with a sink full of dishes and an empty bed.

I’ve certainly eased up on my date-night entertaining in recent years*. Not least because I’ve grown more comfortable in my own skin and don’t feel the need to prove my worth through my cooking anymore. They say the way to a man’s heart is through his stomach, but I’ve found that it’s through the nape of his neck (more on that later). It wasn’t until I met my last boyfriend, who was also a very good cook, that I learned to streamline what exactly a table for two should look like: There should be one main dish, especially something you can make in advance and reheat later; no appetizer, but maybe a side salad or crusty bread to go with. Dessert can still be vanilla ice cream, but store-bought. These days I’ve been especially fond of making my own butterscotch sauce to go atop, which is just butter, brown sugar, and sea salt melted in a saucepan, then blushed with heavy cream and boiled together until thick. It’s divine. The last boy I made this for was clinking his spoon against the parfait glass like he was digging for gold.

The point is that you should make it easy on yourself — because the focus should be you, not the food. Not to say that the food doesn’t matter; it certainly does, but only in that what you cook should be something that doesn’t get in the way of conversation, something that isn’t too heavy or too messy to eat, and, perhaps most of all, something that leaves plenty of time for making out later.

So what do you cook on a first date?

When I asked my friends this question on Instagram, I got a slew of responses:

“Roast chicken. You can tell a lot about someone by how they eat chicken.”
“I would just do crudités, cheese, and charcuterie with wine.”
“Tacos. Easy and everyone likes them.”
“Something fun and playful, like pancakes or cinnamon rolls.”
“Pizza because it’s fun to make and you can do parts of it ahead.”
“Something you don’t have to look down at a lot to eat. Maybe something on toast?”
“Something to show off your sweet pan-handling skills. Nothing says keeper like someone who can flip things in a pan with one hand.”
“Oh, wow, I do not cook on a first date unless it’s scrambled eggs in the morning.”
“If I cooked for a first date, I wouldn’t get a second.”

These were the anomalies. Most people said the same thing: pasta. Why? It’s comforting and familiar, not to mention easy to cook. And I might agree, but with one stipulation: Make sure it’s a shorter shape, so you’re not slurping around and waiting to chew and swallow a big bite of noodle before you answer your date’s next question.

Case in point: One time, years ago when my then-boyfriend was flying in from Atlanta to visit me in New York, I made a small casserole dish of fusilli, which I had layered the night before like a lasagna: crushed tomatoes straight from the can, dollops of sweet creamy ricotta, freshly grated Parmesan cheese, and a little dried oregano. When he was 30 minutes out, in a cab on his way from La Guardia, I popped this into the oven, made a simple green salad, and opened a bottle of red wine. Dinner was ready by the time he got to my door. We ate the pasta straight out of the pan, the two of us sitting across from each other on stools at the kitchen island, catching up and getting drunk on wine. I’ll always remember what he told me about that pasta: “It tastes pretty.” He said the prettiness came from how simple it was; relaxed, but balanced.

When we finished eating, he got up from the kitchen island over to my side, where the sink and the dirty dishes were. Before insisting that I stay seated while he washed the dishes, he kissed the nape of my neck and said thank you.

* Especially in this time of social isolation, I’ve been laying off the dating apps (though, admittedly, not without enjoying a virtual date or two over FaceTime). 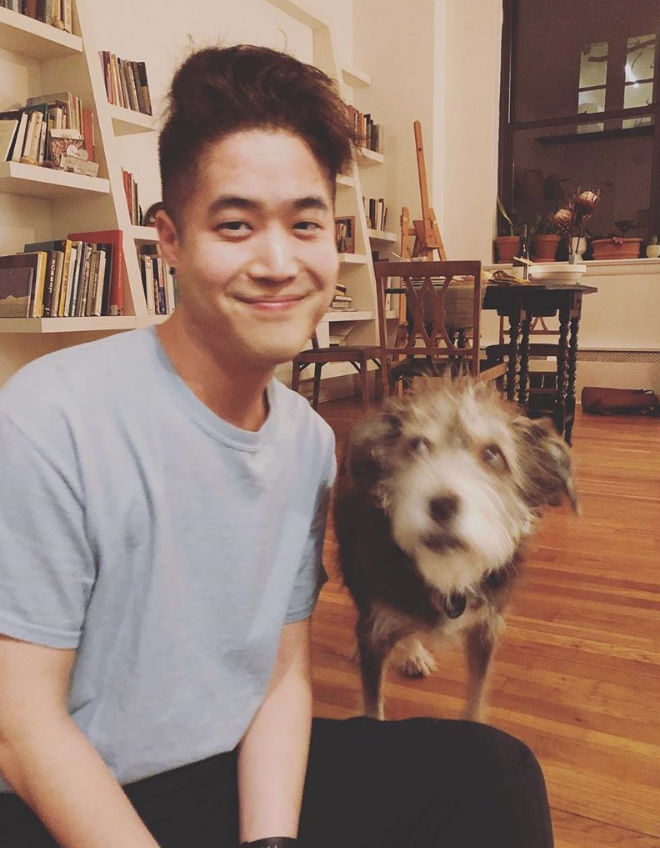 Eric Kim writes the fantastic Food52 column Table for One. He also wrote about his rescue dog. You can find him on Instagram.

By Joanna Goddard
Relationships
What Do You Like About Yourself?
February 19, 2020