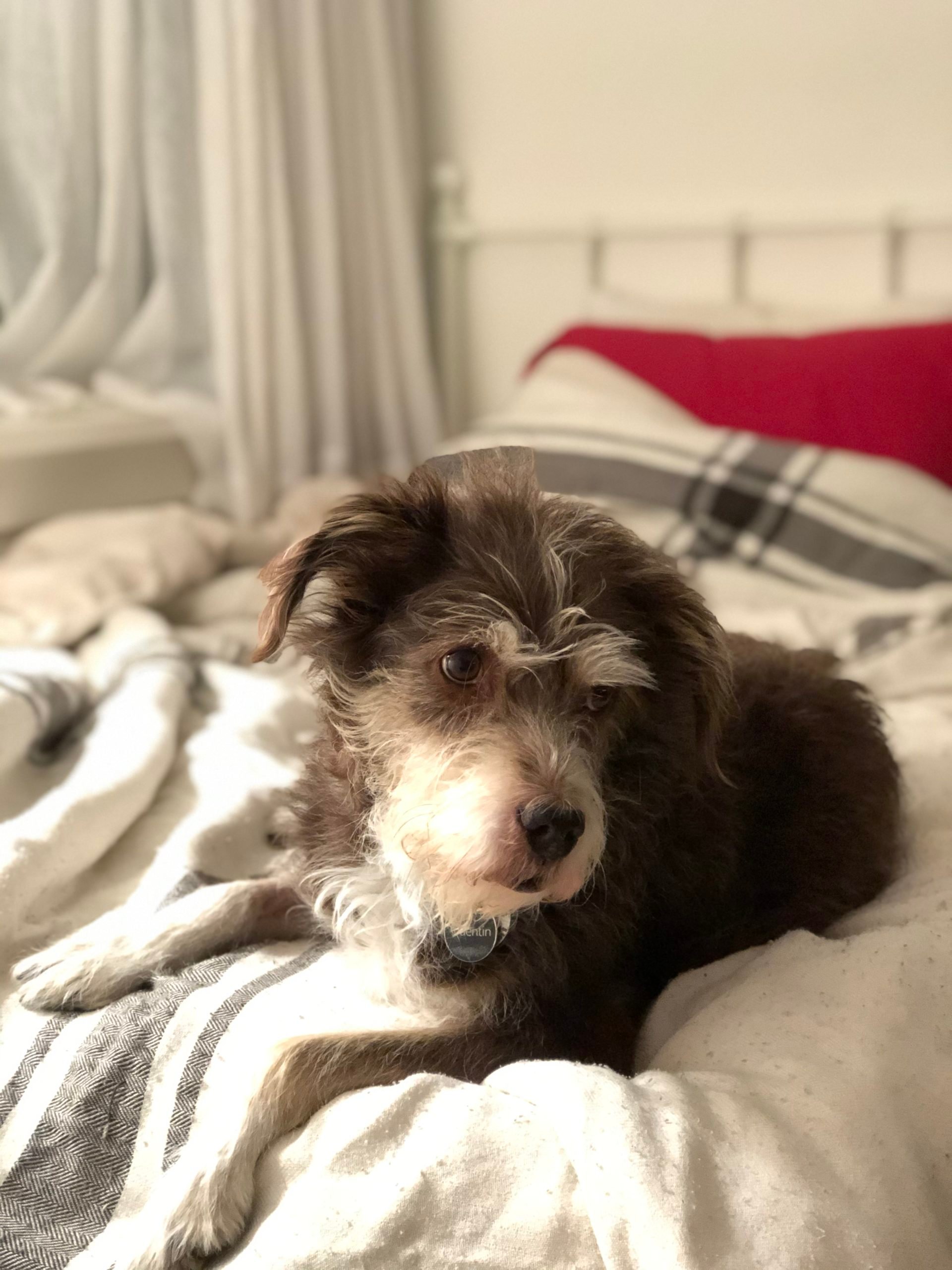 Sure, you’ve thought about it for months, maybe even years. You buy new furniture, you scrub the bathroom tile, you make room for a chimera of the idea. But you don’t think you’re actually going to do it.

Until you start having dreams about this little life walking around your shoebox studio apartment. A heartbeat at your feet (1). You wake up from these dreams and still don’t think you’re going to do it. But, just like every other Saturday morning, you go to The Place. The place where they interview you for an hour, where they frown when you tell them how much money you make a year. They hate that you’re single. They say, “This is a huge responsibility and you’re not ready.”

They look at your mouth like it has mustard on it after a ballpark hotdog. The best way to make someone feel self-conscious is to look slightly below or to the side of their face, but never directly into their eyes. You wipe your mouth with your hand. They lead you down a thousand elevators and through long, narrow hallways that feel cold and sterile, like a hospital. Like the Department of Mysteries. You meet a daschund with a broken leg, a black lab who’s scared of people, a gorgeous pitbull who likes attention.

And then, you meet her. 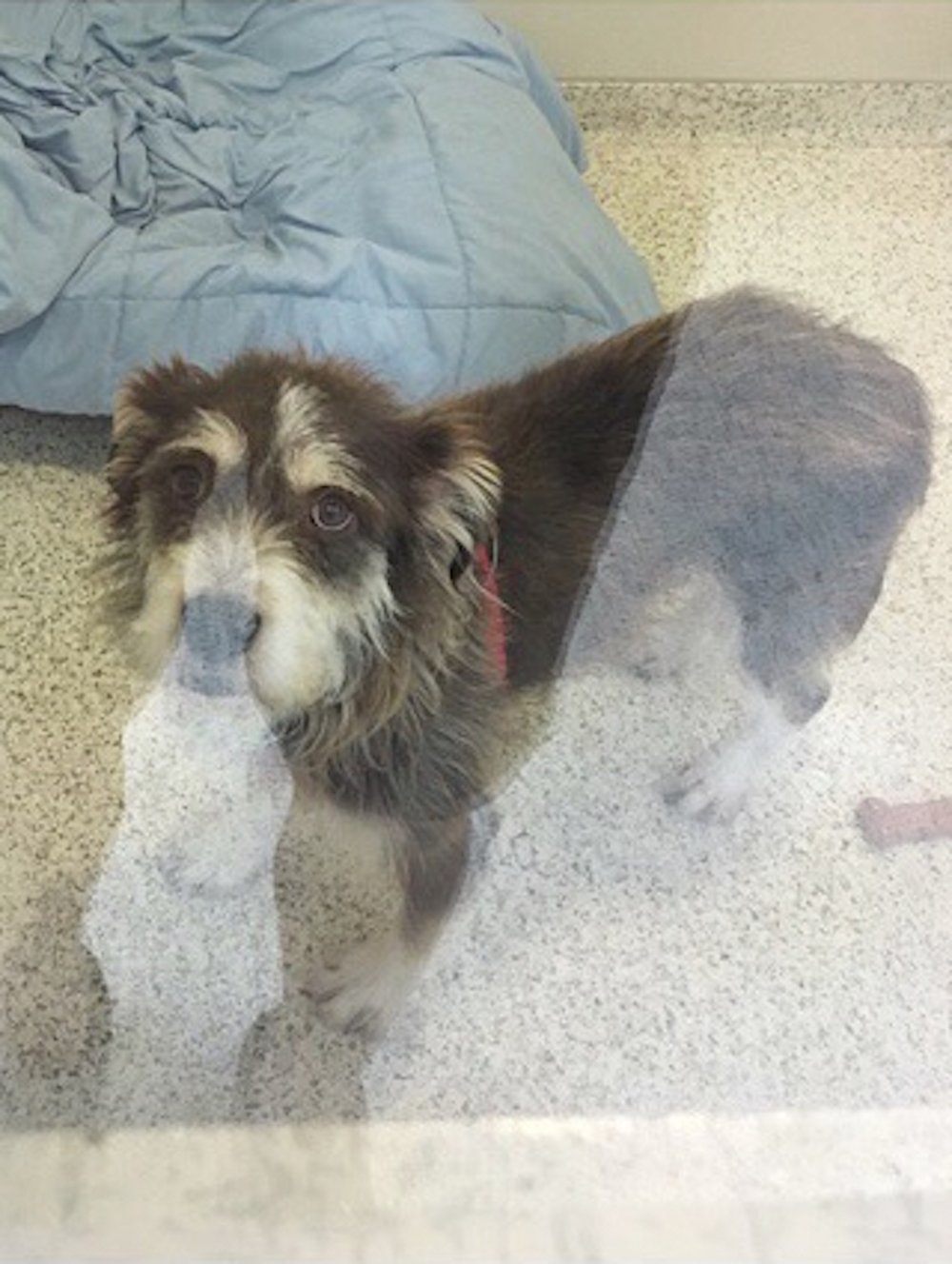 She doesn’t move a muscle. She’s frozen in time, scared of you. But she looks you directly in the eye. Like the Mona Lisa, her eyes follow you as you walk past her cell. You’re not allowed to touch her yet because she’s quarantined and needs her shots first. She’s a rescue from a kill shelter in Mississippi. You start to ask what that means, but you already know what it means. Later, they list all of her flaws in a five-page report for you, printed single-space, so you know what you’re in for:

You don’t hear back in a week. You give up hope, but you still still look at the picture you took of her in the shelter. You love her a blindingly inordinate amount, though you’ve never met her, you’ve only seen her. You think about her all the time and start having the most vivid dreams about her.

Then, you get the call.

Of course you’d like to meet her. You leave work early but try not to get your hopes up. The volunteer brings you into an icy room at the shelter and tells you to wait right there. You wait for 30 minutes. You hear a dangling collar and you don’t know it at the time, but that sound will be, for you, forever, everything.

You take her home.

She’s wary at first, but eventually walks up to the food bowl and eats. She’s keeping an eye on you. Mona Lisa. At least she’s eating, though. And she’s not on the streets anymore or in that cold glass cage.

Over the next few days you keep your distance. You let her get used to the apartment, her bed. Slowly, you learn things about her, mostly things she likes and dislikes:

Likes: licking your face, scrambled eggs and boiled carrots, when you hold her from the front where she can see you. Dislikes: when you touch her from behind where she can’t see you.

All at once she’s your roommate and your five-year-old daughter, one little heartbeat. Eventually, you start to cuddle at night. She nestles into the side of your arm and you sleep face to face. She snores and drools on the pillow.

You’ve both been so alone for so long.

You never know it’s going to happen until it happens. You go on vacation one summer and on the second or third day, you get a text from your dog sitter. Quentin, as you’ve named her, has a little spot on her stomach. It’s probably nothing, but she thought you should know. You put off the vet visit until you come home, and brush off the fact that it’s grown twice its size once you see it in person. Even the vet, when she draws her blood, tells you it’s probably nothing. Don’t worry.

But the next morning, you wake up to the worst call of your life: She’s sick. Really sick. You need to hospitalize her immediately.

You look over at her and she looks totally fine. It doesn’t make sense. She’s just had her breakfast and her water; her mustache is dripping wet and her tail is wagging. But you take her to the hospital. There, you find out she has a rare blood disease called immune-mediated thrombocytopenia, which causes the body to destroy its own platelets. The doctors are amazed she’s still standing. She could bleed out and die any moment. They have to keep her overnight, it’ll cost thousands of dollars, do you have pet insurance? No? Do you have thousands of dollars, then? Do you want your daughter to live or do you want her to die?

You don’t want her to die, so you leave her at the hospital. Though not without resistance. As the doctor tries to walk her down the long, narrow hallway into her cage for the night, she keeps looking back at you — you, the man who goes home without her. Aren’t you coming?

You turn the key to your apartment door and out of habit look down, forgetting she’s not there. Of course she’s not there. You realize how much you’ve taken the sound of that stupid dangling collar for granted.

You fall asleep watching a TV show, computer on your lap, and dream about her. When you wake up you’re crying, because deep down you already know she’s not at the foot of your bed. But you check anyway. She’s not there. She’s in a cold hospital cage all the way downtown, and worse yet, probably thinks you’ve thrown her away like everyone else in her life.

Her little face haunts you, that heartbeat in your chest.

The doctor calls you in the morning with an update. “Quentin made it through the night, but she’ll need to stay the week. Would you like to visit her?”

Of course you would. You pack a bag with all her favorite treats and head to the hospital. After the nurse takes you into a cold room, she brings your daughter on a leash. But it’s not your daughter. This dog is sluggish and collarless, hair shaven at various spots on her body for the ultrasounds and IVs. She licks you once, then goes to the corner of the room to lie down facing away from you. You take out a treat, one of her favorites—a cod-skin cracker—and hold it up to her mouth. But she doesn’t want it. The visit is only 30 minutes, so you lie next to her on the cool hospital floor until she falls asleep.

A few days later, you get to take her home even though she’s not any better. But the doctor says she can continue her treatment at home.

August, September, October, November, and December are filled with days like this. Her not eating, you lying on the floor with her until she falls asleep.

She’s lost so much weight, but at least she’s starting to feel better. The meds are working. She’s not eating much, still, but you have pounds and pounds of ground turkey in the freezer. You boil some and place it in front of her. You think she won’t like it because ground beef didn’t work, why would this?

And then, you watch her nose curl up into a sniff. She gets up slowly, her muscles now atrophied, and walks over to the food bowl. She eats.

You text all your friends: SHE ATE!

Later that day, at dinner, you try again. When she smells the turkey, she perks up from her bed and slowly walks over to the stove, staring at you with those Mona Lisa eyes. She eats and drinks the whole bowl. Again and again and again.

Weeks later, you still can’t believe she’s alive. You’ve both come such a long way. You think about how when someone in your life is sick, it’s so easy to fixate on the eating. You realize how much you’ve taken it for granted and you promise never to take it for granted again. You tell yourself: Now I know. What a huge thing this is. What a huge victory a little life is.

In the mornings, when it’s still dark out, she gets up from the foot of the bed and slowly nestles into your right arm. She rests her head there to sleep a couple more hours. She’s only been doing this recently, even though you’ve been co-sleeping for three years now. You wonder if it has something to do with all those nights you’ve laid with her on the hospital floor.

Later, in just a few more months, as she gains her strength and weans off the meds completely, she’ll start to do the thing she used to do every morning with you since the day you adopted her:

You’ll stir. She’ll pop her head up from the foot of the bed, yawn, stretch, and POUNCE. Both paws on your chest to hold you down, she’ll lick the morning off your face.

You’ll get up and feed her breakfast. And you’ll go for a long walk. 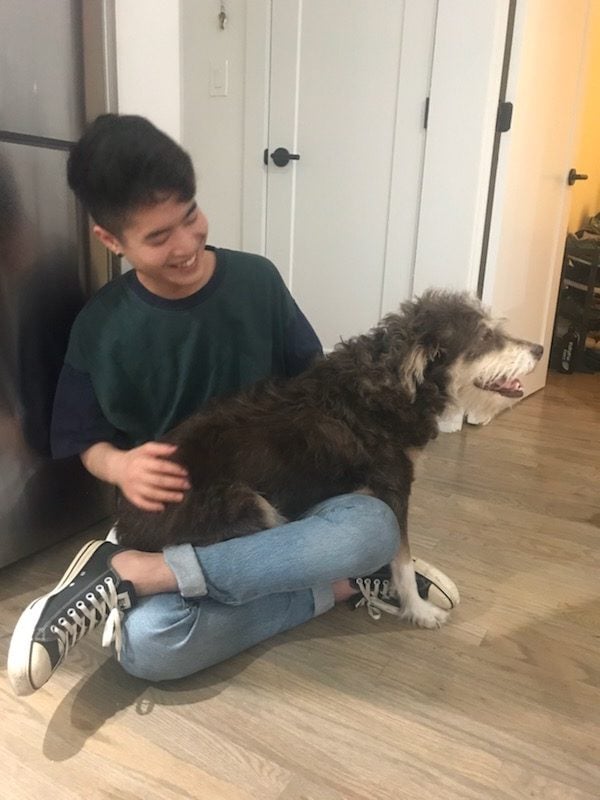 Thank you so much, Eric! Eric is a senior editor at Food52 and writes the fantastic column Table for One. You can also find him on Instagram.

P.S. An open letter to dogs. 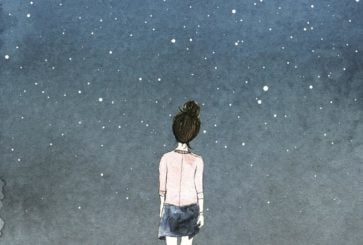 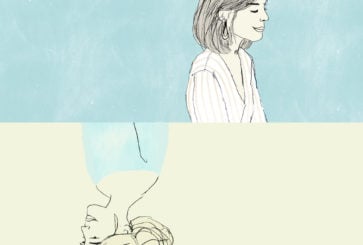 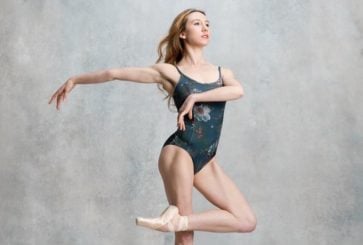 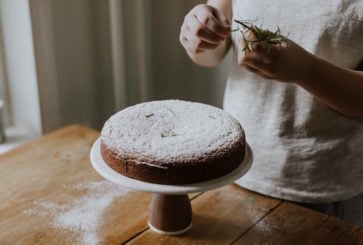 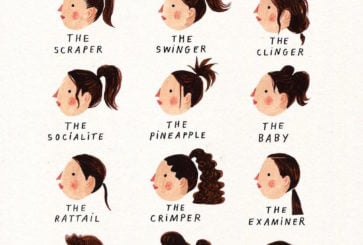 DESIGN
Which Ponytail Are You? 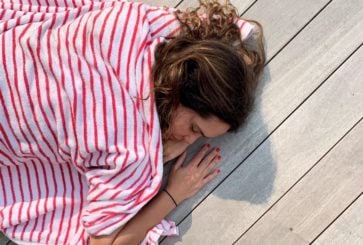 RELATIONSHIPS
A Funny Question Game to Play With Friends 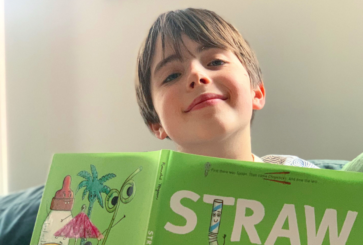