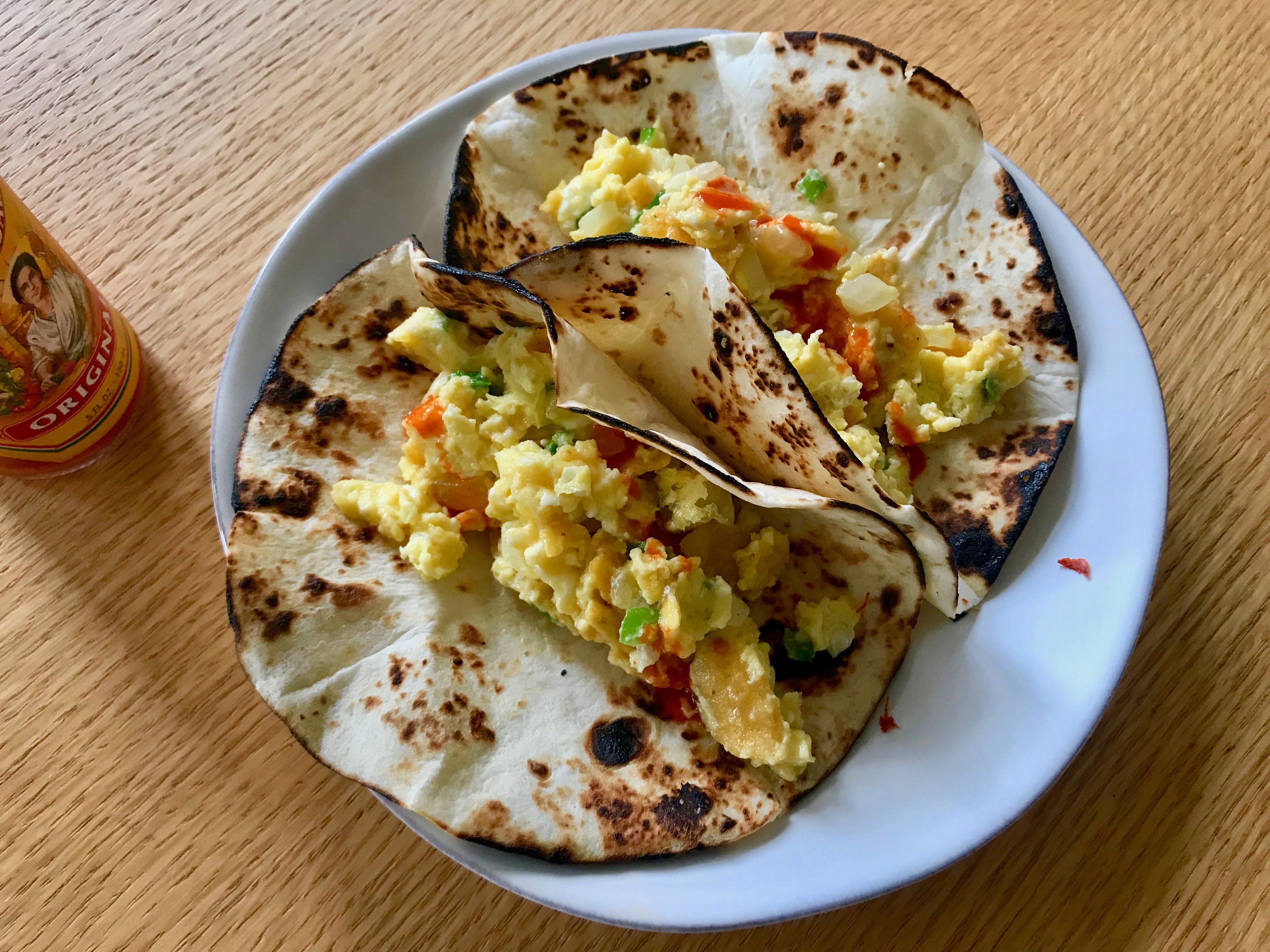 Warning: This migas is authentic only in that its maker (me) is authentically obsessed with the famous breakfast dish, where crumbled stale tortilla chips are stirred into an egg scramble along with onions, jalapeños, cheese, and tomatoes. I’ve only ever eaten it in Austin, Texas (often in taco form), and it just felt wrong — if not downright illegal — to make something so regionally specific in my New York kitchen. But if it’s delicious, it’s delicious, right? To make: I scrambled a half cup of crumbled chips into 4 eggs along with a handful of shredded cheddar and roughly two tablespoons each minced onion and jalapeño, then doused with hot sauce. For tacos, sandwich the eggs into 4 warmed tortillas. Serves 2. — Jenny 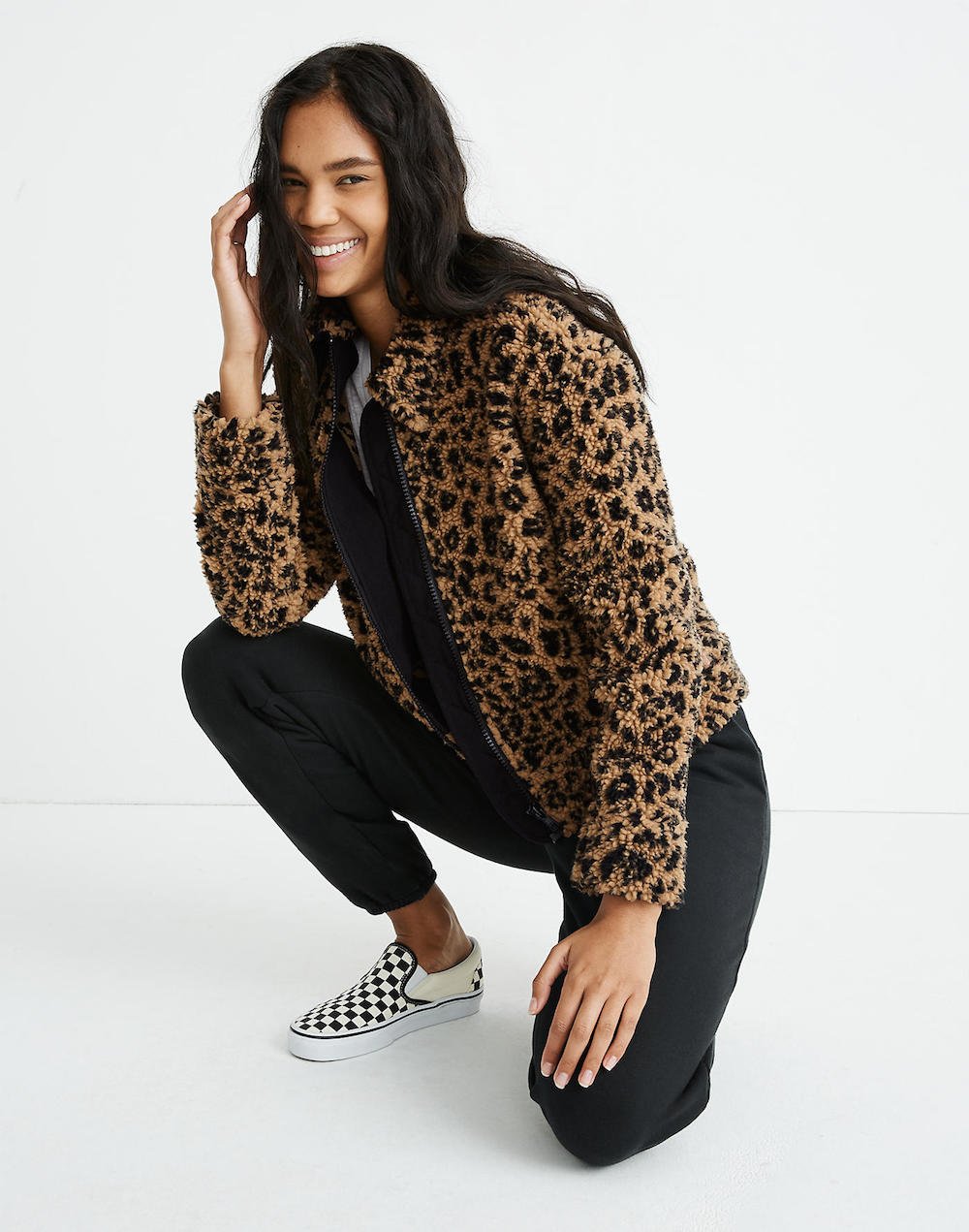 What is it about a fall jacket that is so attractive? Maybe it’s the Michigan side of me but whenever people wear a windbreaker or fleece, I always think they look so windswept and cute. Especially loving this bomber and this rain trench. 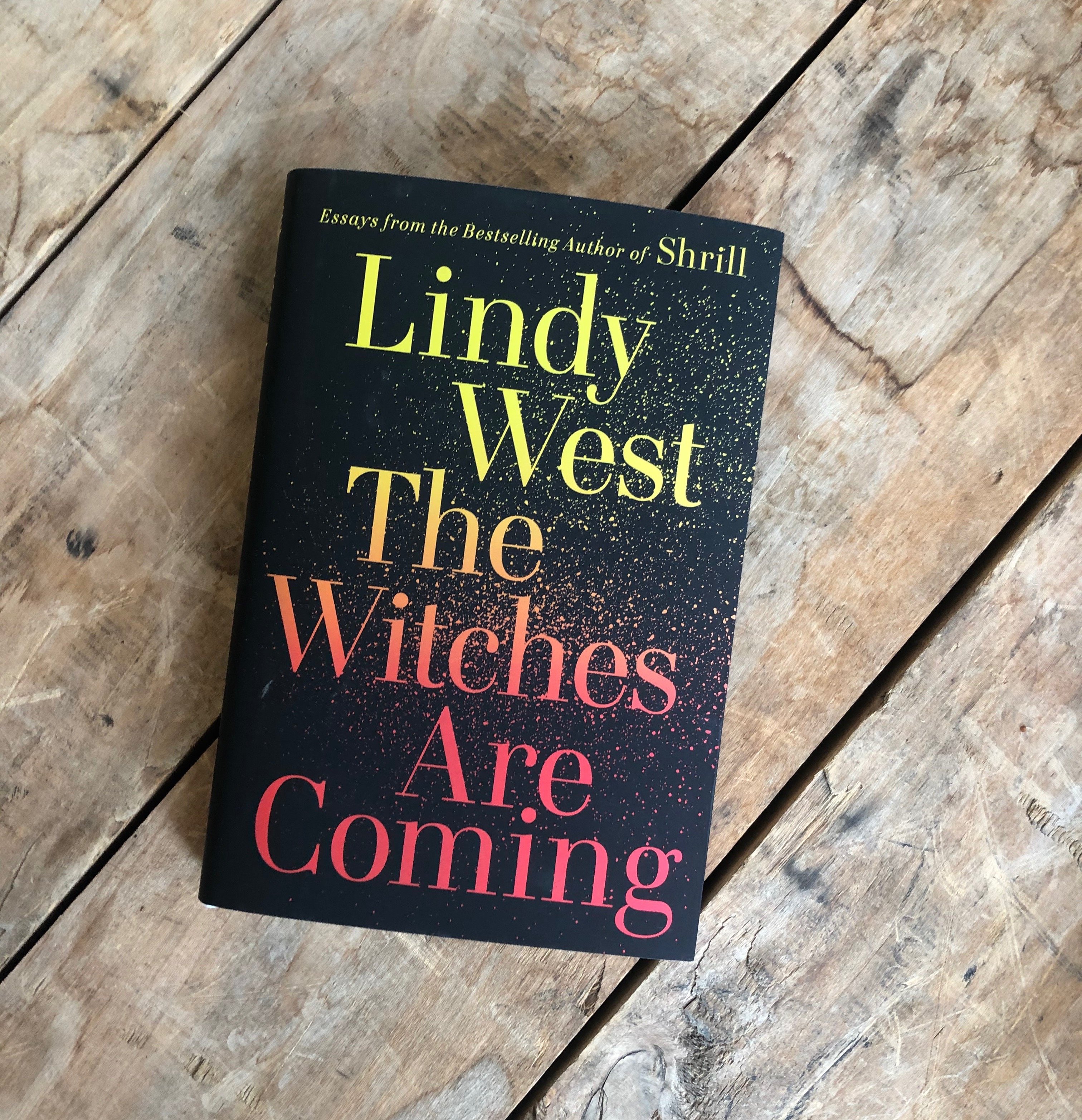 I tore through The Witches Are Coming (Amazon; Indiebound; Books Are Magic), Lindy West’s new book of essays on gender, pop culture, bodies, politics and more. Her hilarious, searing cultural critiques make you want to dress in black and grab a broom. Every sentence is gold. For example, here’s one, randomly chosen: “Based on my experiences in Hollywood with Hollywood people, show business is — to quote Benjamin Franklin — 99 percent sushi meetings about stuff that will never happen and 1 percent perspiration.” (And here’s Lindy’s beauty uniform, if you’d like to read it.)

P.S. More fun things, and how to introduce people.

I can’t think of any food writer who has shaped my way of eating (and what I WANT to eat) more than Jenny Rosenstrach, even before I had a baby and of course, especially now. I’m so happy she has an outlet here, and hope it continues on DALS, my happy place!! My other happy places are her cookbooks, haha, even if I’m just stressed out.

Unpopular opinion: tacos don’t always have to be “authentic” to still be good!

But tacos from San Antonio are still the best :)

Not exactly the same, but we make egg tacos for dinner ALL. THE. TIME. We warm (and even burn a bit) the tortillas on our gas burner, put some cheese down to melt, then add scrambled eggs, hot sauce, some plain greek yogurt or sour cream and sometimes some guac. YUM! Fast and delicious.

I have a bag of tortilla chip crumbs on my counter right now! Can’t wait to try migas for Sunday brunch. I feel like I have been sorely missing out!

Thanks so much for including an indiebound link, as well as for Books are Magic – as an indie bookseller, it really means the world to see bloggers doing this!

Lindy West was on All of It with Alison Stewart on WNYC today, and I immediately requested the book from my library after hearing the interview. Can’t wait to read it.

Texas native and ex-Austinite living in the Boston area for the past 7+ years – my husband and I make breakfast tacos at home as often as possible! Haha. Our New England buddies continue to be perplexed.

My 21 yo daughter just showed up in the cutest fluffy leopard jacket! From the kids section at Target, it has little ears on the hood, which aren’t super noticable but so fun when you do see them. Target kids is awesome if you’re fun sized ? (our joke for the only member of the family that is 5’1″)

I live in Seattle and have been interested watching Lindy’s rise. (Not to mention her CoJ outfit post!) Does she specify if we’re still allowed to apply the term “witch hunt” to McCarthyism?

I saw Lindy West read from The Witches are Coming at the Riveter Summit conference yesterday. The crowd went wild! Separately, at the same conference (it was good!), I fan-girled over Ashely Ford, who I discovered here. She is as lovely in person as she is in her writing.

Some people have a clothing uniform; I have a lunch uniform. It consists of leftover protein plus leftover or surplus veggies reheated in a skillet with scrambled eggs and cheese, topped with ranch dressing. Eggs need not be limited to breakfast!

Omg, where is the fourth fun thing?

Haha yes. I just saw fun things and scrolled down and then had to scroll up and down to see if I skipped the fourth.

This is my fall jacket! It’s warm, soft, has lots of pockets, goes with everything, and fits really nicely thanks to the snap tabs on the back:
https://www.jcrew.com/p/womens_category/coats_and_jackets/utilityjacket/quilted-downtown-field-jacket/G7608

I’m seeing Lindy West on her book tour on Monday!! So excited to see this in today’s post.

PS: If any COJ folks haven’t become Lindy West fans yet… you’re missing out!! Read “Shrill” and check out her online work (her review of “Love Actually” actually made me spit out water laughing). She’s also behind the Shout Your Abortion campaign, and her fat positivity changed my life & the narration in my brain! She’s so great AHHH!

Texas native here, and I’m obsessed with migas, though I have to admit that they do make me feel pretty bleh after I finish eating :-/ but the eating experience itself makes up for that!

Yasss breakfast tacos (from a native San Antonian). For the record tacos in San Antonio are better than Austin ;)

Oof! Those sound like fightin words!! Lol. (Knowing nothing about either tacos or towns and having no opinion other than tacos are GOOD! ?).

Haha!! Love you throwing down Texas fiesty, Marcella, and Sasha, like you I’m not from there either, but hard agree on “tacos are good” and love a spicy food rivalry ???.

I’ve lived in Austin since 1995 and I love my town, but this is absolutely correct. There has never been any reason to think Austin has “the best” breakfast tacos. If you’ve read about them that’s because Austin is where NYC journalists tend to come, which in turn is because of SXSW. San Antonio’s tacos are better. Their tortillas are better and everything.

My husband makes migas with those red hot blues corn chip and they are beyond amazing.

I just got Lindy’s new book in the mail and I’m so excited to read it. Her op-ed by the same title that she wrote in October 2017 has stayed with me as a powerful talisman of sorts. I was so devastated to realize just how few men in my life understood consent and power dynamics in the MeToo era – men I thought were good, who loved me: my father, my brothers, my uncles, my friends, my coworkers. They were saying and posting heinous comments on social media. Every one felt like a personal wound and I’ll never forget any of it. Reading that essay from Lindy West fortified me. I even bought a t-shirt from The Cut for Halloween last year that says “Witch, Hunting” in honor of that op-ed and will be wearing it every year. (Buy your own here: https://www.amazon.com/The-Cut-Witch-Hunting-Tee/dp/B07C7MMDRQ)

I love Lindy West and I also love the idea of this podcast! I just donated 25 dollars. I hope she makes her goal by tomorrow!! Thanks for sharing.

Sorry! Meant to reply to Anj below!

Breakfast tacos no matter the name, style or region are heavenly! We go through phases. We are currently in a huevos con chorizo taco with cholula phase. Our 6 year old likes her cholula on the side so she can dip her taco in it. This is her favorite breakfast before school. GAhhhhh sounds good even for dinner amiright?!

I’ve been hesitant to purchase one of those cozy fluffy jackets because I don’t wanna add more bulk to my natural bulk hehe;) but who cares….I’m getting one!

Jenny, thank you for the migas recipe! Yum! Trying this weekend!

It reminds me of cheater Spanish tortilla. You beat eggs, add crushed potato chips, let soak for a bit. Add salt and pepper, then fry in a cast iron skillet in lots of olive oil (flipping is an art ?). It’s amazing with a slice of tomato and cheese melted on top of a wedge. We make with salt and vinegar kettle chips. Super easy, complete deliciousness

Pro tip on migas – the tortilla chips/strips should be stale, or quick fry stale corn tortillas. Migas are the #1 thing I miss from Austin!

The Witches are Coming reminds me of a podcast I’m so excited for: Lilia’s Bones on Kickstarter. I hope it gets funded because I’m so fascinated by our witch persecution history and also how this informs our culture today.

I just backed this. I could only swing $2 because #unemployedlife but I like supporting these kinds of things.

I’m obsessed with Migas and my go to recipe is from Pinch of Yum. It’s in my top ten things to eat ever which is huge!

Haha oh Joanna, based on your love of cute jackets alone, you should DEFINITELY move to the Bay Area… you’ll be delighted by all the fleeces, windbreakers, bombers and trenches! Those are year-round jackets here! Except in Fall, maybe, which is actually our warmest season, but even then Karl the Fog is never far… :) XO

i love that look so much!

I don’t even own a fall jacket. ?
Where I live it’s summer, then an afternoon where people say things like “ahh, you can smell fall in the air”, and next day it snows. And then cold happens for the next six or seven months, and then there’s an afternoon where people say things like “almost feels like spring”, and then next day it snows again. And then it’s July.

Sasha, do you live in Maine??? This sounds like our weather exactly, LOL!!

How about a post on fall jackets? I’m currently looking for one :)

Corn Tortilla, scrambles eggs with Franks Hot Sauce is my everyday breakfast! It is so tasty and keeps me full till lunch time. I pair it with black coffee.

Frank’s red hot is the BEST