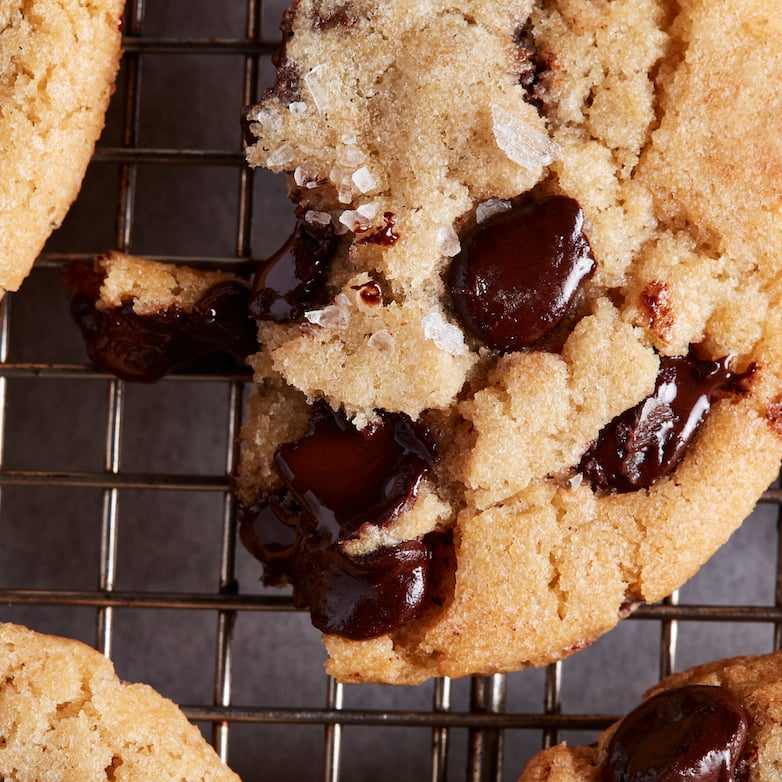 What food gifts do you like to give? When friends are going through a hard time, or I want to send a thank-you gift, Ovenly cookies have become my go-to. They’re described as “secretly vegan” because they taste so buttery — and they’re the softest, richest, loveliest cookies. 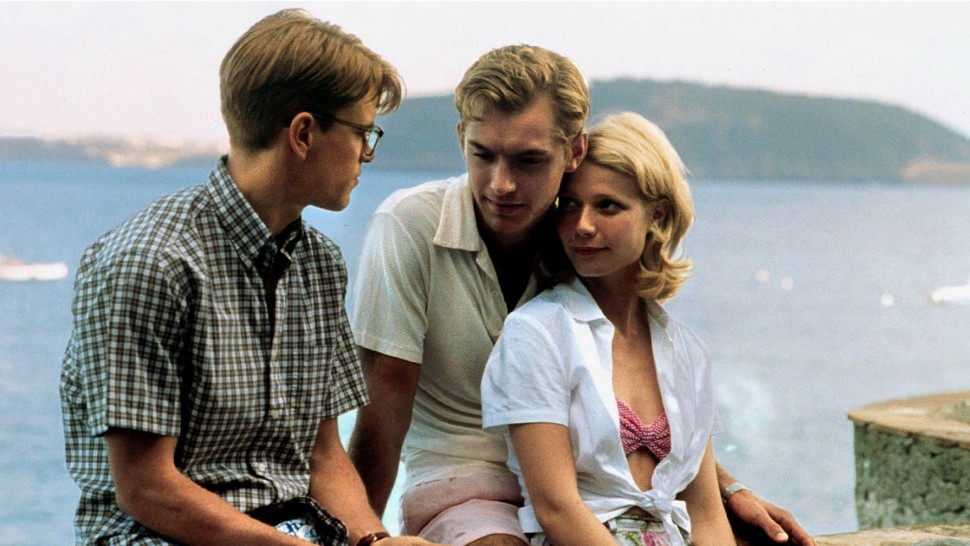 Alex and I have been watching old movies we used to love but have sort-of forgotten, including Donnie Brasco, The Talented Mr. Ripley, Sliding Doors, Jackie Brown and Fargo. It’s been really fun to revisit them, and they hold up! (Any other recs?) 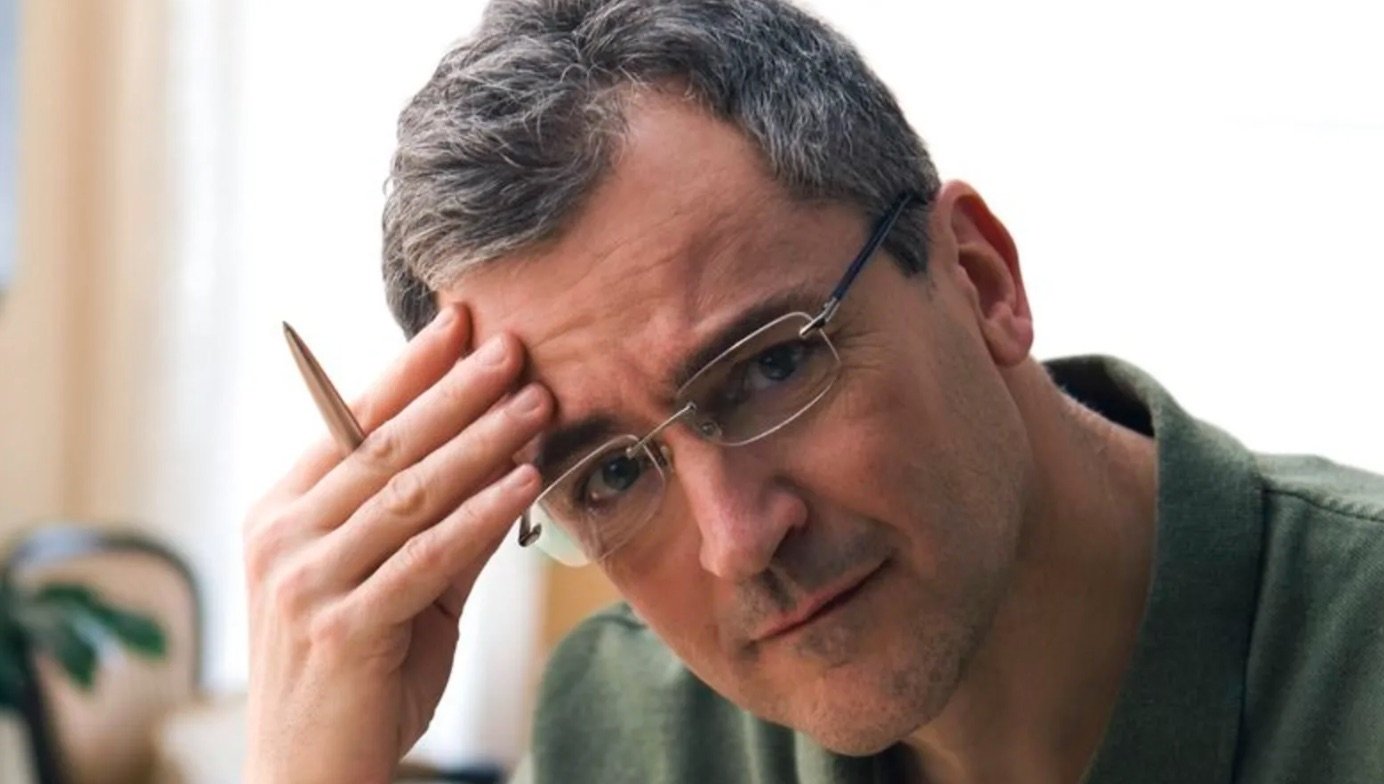 Made me laugh: The Onion ran a breaking story of Dad Suggests Arriving at Airport 14 Hours Early. “The plane leaves at 6:45 at night, and it takes a little while to park the car and get through security, so we should plan to get there no later than 4:45 a.m,” says the father. (At press time, he had revised the arrival time to 3:45 a.m. “just to be safe.”) 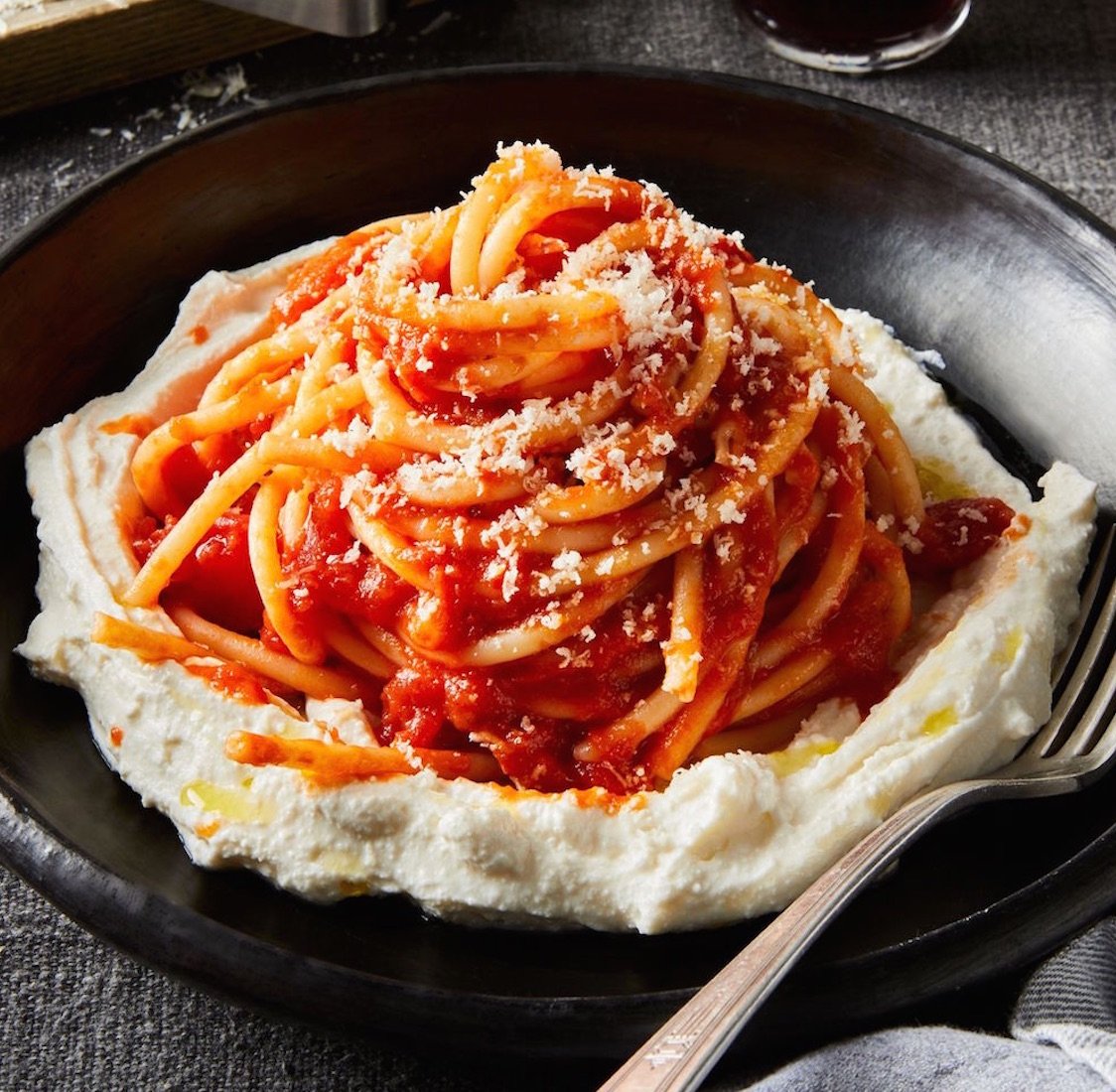 P.S. More fun things, including rating movie accents and which TV shows do you watch as a couple?

I put some pasta on cold ricotta 3 times this week after reading this last week. I loved it. It felt kinda healthy and fancy and delicious with fresh herbs cut from the garden. Thanks for the tip. Also…Sliding Doors!!!! YES! Such an underrated amazing film. I love it so much and the soundtrack was my hype up music in college before we all went out for the night.

The 4 fun things is one of my favorite features here lately. It seems such a welcome respite from the rest of life and the world’s turmoil and pain, to just think about some fun. I used to think I sucked at having fun, maybe because I was working from a stupid idea of what fun was supposed to be, leftover from when I was in my 20’s- that fun is loud, raucous, drunken, and involves crowds and staying out way too late. As an introvert who doesn’t drink much, I always felt out of place and wondered why I didn’t enjoy it like others did. Even after all this time, it’s still good to be reminded that there are so many different way to have fun and that happiness is in the everyday pleasures.

lol the dad Onion article! so hilarious and relatable… just sent it to my family :)

Reply
C
Reply to  Ane A

my dad and I read it when it first got published quite a few years ago I think (or at least a very similar article) and we still text each other a few days before the other person’s flight and say “hope you are already at the airport”.

Hi Laura. Have you seen Stealing Beauty? It looks like we have similar taste in films and this one is my favorite.

Amélie
Oh Brother Where Art Thou
The Secret Life of Walter Mitty (Ben Stiller’s version)
All three are incredible beautiful to watch and have a certain wit, great music too.
Highly recommend :-)

Oh i so love these!! Each have exquisite visuals and enchanting music… I think I own soundtracks for all of them. Stay Alive by Jose Gonzalez still gives me chills…

Thanks Brooke! I’d love to hear what you’d add to my list!

We do still have to add the Soundtrack of Walter Mitty, but will definitely buy it soon.

I grew up in the 80s and have fond memories of going with my dad to rent movies from Buy for Less, a grocery store, on Friday nights. We always watched older movies, especially screwball comedies, so:
*Bringing up Baby
*It Happened One Night
*Some Like It Hot
I’d add the “Moonlighting” TV series (the repartee! and so creative for the time) and any BBC adaptation of literature, like the 6-hour “P&P,” “Wives and Daughters,” etc.

It’s fun to pick an actor then watch all their movies. I do the same with authors too.
My picks are:
A Chorus Line – really fun, so gritty, yet glam
Romeo and Juliet with L Decaprio and C Daines
Stardust – also C Daines
Love The Count of Monte Cristo
American Beauty – dark but such good acting, editing, producing

Great rec’s here, will look for the French original Purple Noon someone above suggested.

that’s such a fun idea! you could also see how different actors seem in different movies (or not:) i think that all the time about phillip seymore hoffman. he’s a COMPLETELY different person in each movie!

I love to bake, so my go-to food gift is the favorite dessert for my friend’s or coworker’s birthdays. Cakes are always single-layer in their favorite flavor, or pie, or cookies, or sweet treat. They pick it and I’ll bake it. My office hires college students for part time work, and they are often nowhere near home and don’t get to have birthdays with family, so I make sure they get a treat for their day. It helps fight homesickness.

And we will always watch Tombstone, because there are so many great, quotable lines!

1) Secretly vegan chocolate chip cookies are my jam! I’m not even a dessert person, except for these! I work at a university and occasionally eat lunch at the dining hall using my faculty discount slash reliving my own youth. The dining hall is famous for its vegan chocolate chip cookies. The enormous serving tray is basically always warm because the turnover is so fast on these things. Again I’m basically never a dessert person, just not the food I usually crave, EXCEPT these cookies! I always walk out with my little stack in a napkin, chips still warm, feeling like I’m 20, but dressed much nicer.

2) Ricotta is my “secret fridge ingredient” to punch up so many things. But my favorite way to use it is just to fold it into any cooked pasta, no matter what else is going in, or even if nothing but ricotta is going on that pasta.

I recently re-watched Bull Durham. It made me so happy that I watched it again the next day! My comfort watching pick is the 6 part BBC version of Pride and Prejudice.

I remember living that soundtrack!

Yes! This movie is incredibly underrated but amazing and very funny

thank you!!! i had totally forgotten about this movie, SO GOOD. so soul warming!

I love that Onion headline. My dad not only likes to get to the airport really early, he needs to be one of the first people on the plane. The second there’s any movement near the boarding door, he starts anxiously pacing around and trying to get in line. Today he and my mom were flying to NYC for a long weekend, and my mom texted me that they were there so early, and he was so anxious to board, that he almost got on a flight to Fargo instead.

Hahaha! That would teach him!

Moonstruck! That perfect blend of rediculous where you ask yourself a million times “Is this meant to be funny or were they going for serious?” Cher and Nicolar Cage, an unlikely duo and yet it works so well. Once again, Nicolas Cage crushes the only role he ever knows how to play. :)

Yes!! The acting and directing. Magic in motion.

12 year old me thought First Knight was the most romantic movie ever and I still return to it every few years. Richard Gere as Lancelot, Sean Connery as King Arthur, and Julia Ormond as Guinevere. Probably best to ask someone else whether it holds up though… ?

What’s eating Gilbert Grape
Buffalo 66
The straight story
In the mood for love
Do the right thing
The commitment
The piano
Bronx
Léon
Romeo+Juliet
Punch drunk love
(This movie made me discover Adam Sandler and now he is guilty pleasure… Thanks to Netflix, I think I’ve almost watched his entire filmography and ok, I know it’s not all Paul Thomas Anderson, but, even in the worst movies I think I could intercept a truth in acting, a fun in making his job and a humanity as a person that make me want more of him!)

Stupid question….how are you watching these old movies. I love everyone listed. Where are they available? Im losing touch with how to access …ever changing….

Usually through Netflix or Amazon Xoxo

I check DVDs out of the library.

Ha! my Dad missed his flight in Rome due to traffic (beware of the Grande Raccordo Anulare!) and made us leave at 4am for our noon flight. We got there 4 hours early. I love watching Star Trek from 1966 – I loved the re-runs when I was 11 and I now love to watch it with my daughter.

“Sideways” – A bit of a time commitment, but worrrrth it. My husband and I settled in to watch it with a bottle of wine one night after the kids went to bed early-ish. We wound up drinking at leeeast two bottles and then fell asleep around two AM. Needless to say, it was fun.

One of my favorites!

Recommendation: Anthropocene Reviewed podcast. How have I been missing out for the last year? It’s like listening to the Onion.

LOST IN TRANSLATION!!!
As Good As It Gets
When Harry Met Sally
Good Will Hunting

??that Onion article reminds me of my favorite Onion article ??”This Hotel A Goddamn Maze, Reports Father.” https://local.theonion.com/this-hotel-a-goddamn-maze-reports-father-1830941419

Reply
Brooke
Reply to  A Martin

Oh my gosh, this is amazing, A! I find it amazingly comforting that dad frustration/funniness has *such* common themes.

My own dad, “this town and all these god-damned one way streets!!” Two, Dad, there are exactly two one way streets in my town, one going each direction on either side of Main Street ?

Amelie!
One of my absolute favourites. Especially the travelling gnome :)