Parenting Twins: One Has Down Syndrome, The Other Doesn’t 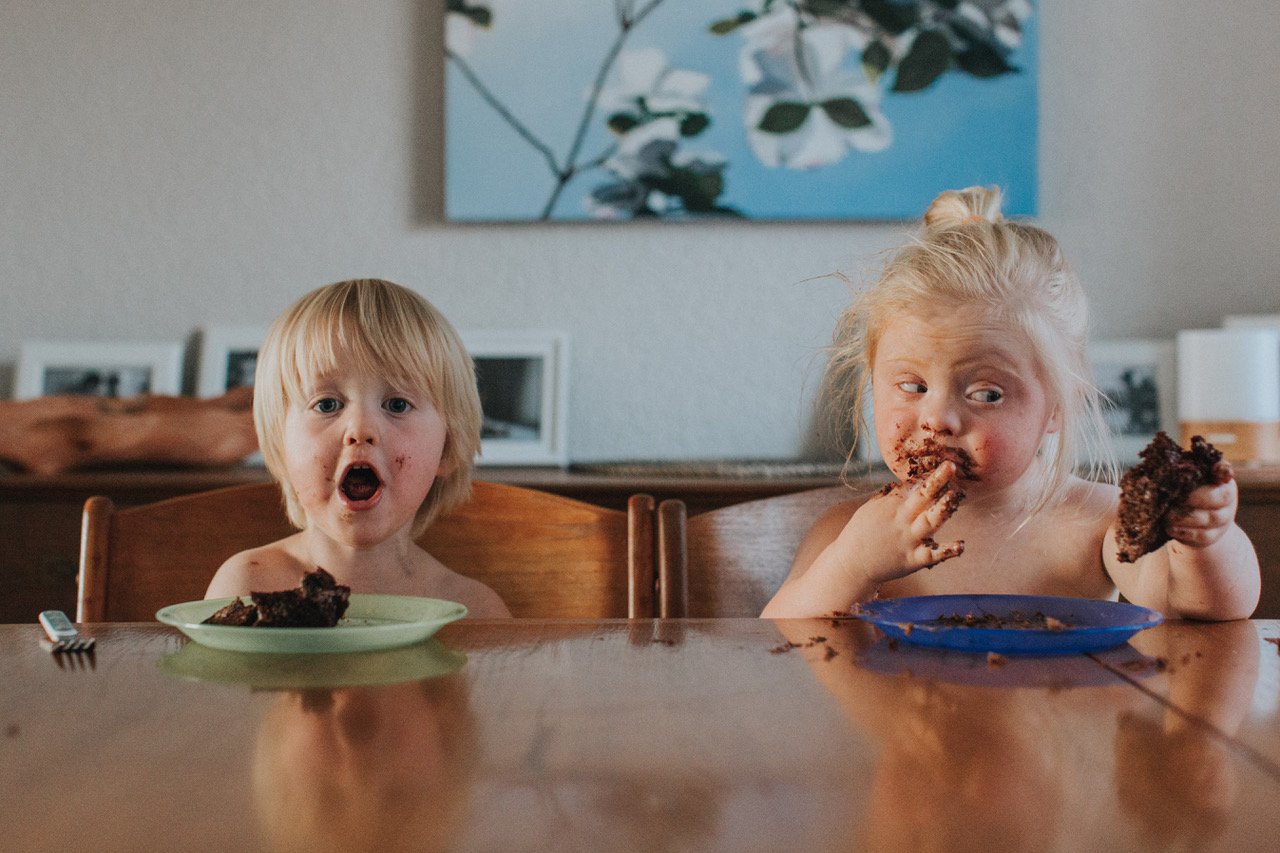 Almost four years ago, I gave birth to one boy and one girl…

They both had blonde hair, they both cried right away, they both had ten fingers and ten toes. They were both beautiful. They pooped, spit up, and wanted to nap and eat together, all around the same time. Many parents of twins will tell you that it can be hard to separate them for a long time — there is a weird pull to have them close to each other. Side-by-side was how Wally and Kenzie spent every single day.

But our situation was a little different, because our twins were different: Our daughter Kenzie has Down syndrome, and our son Wally does not.

On the day they were born, my fears evaporated. Kenzie and Wally were the same. They were babies, needing what every baby needs: food, sleep, diaper changes and love. For a few months, there was no difference between them. My husband and I would pass them back and forth while we watched TV late at night. It was bliss. Hard and messy bliss, but total, absolute bliss.

That nagging feeling of Kenzie not keeping up crept into my thoughts, and soon I wasn’t able to focus on much else. Of course, I knew that comparing them was useless, but it was easy to see the gap widening between them. Kenzie received therapy at home, and it was heartbreaking to see how hard she had to work to pick up a block, to curl her chubby fingers around a toy and transfer it to her other hand. Meanwhile, Wally did it all so easily, sitting to the side quietly building a tower of blocks with a delicateness that Kenzie would need to work years for. While raising a child with special needs, I had another child shouting with every easy movement, “Like this! She should be doing it like this!”

He was a constant reminder that Kenzie was delayed, that she had a disability.

For a long time, the celebrations of Kenzie’s success were exaggerated in an attempt to compensate. When she accomplished something she had been working towards for a while, we celebrated. We telephoned family, we told everyone we knew. We were proud of her, but maybe… we didn’t expect that she would do it? Only now, looking back, do I wish we had treated those milestones with a little less excitement, and a little more “Yeah, girl, we knew you could do it. Let’s move on to the next one.”

Kenzie started walking at two-and-a-half with her brother jumping and bounding around her. Not ahead of her, but in celebration of her. Now, Kenzie, at three-and-a-half years old, is beginning to say words, and it’s usually Wally who knows what she wants before Mom or Dad do. And my perspective, too, has changed.

When I was pregnant, I felt angry with the universe. But I had no idea of the actual gift I was getting: A world where my daughter teaches my son compassion and kindness each and every day. A world where my son teaches my daughter to push herself and be braver than she thinks she can. Now I finally see the truth: The universe gave me twins whose very differences make each other better.

Wally loves to run around our yard at full tilt, and lately Kenzie has been joining in. The joy on Wally’s face when his sister plays with him is enough to make my heart burst. They communicate without words and always know what the other is saying, the way twins do — I’m happily watching it all unfold. Kenzie loves music and her dolly, while Wally loves trucks and puzzles; the difference in preferences isn’t because one of them has an extra chromosome, it’s because they are individuals. And I wouldn’t wish their relationship to be any other way. 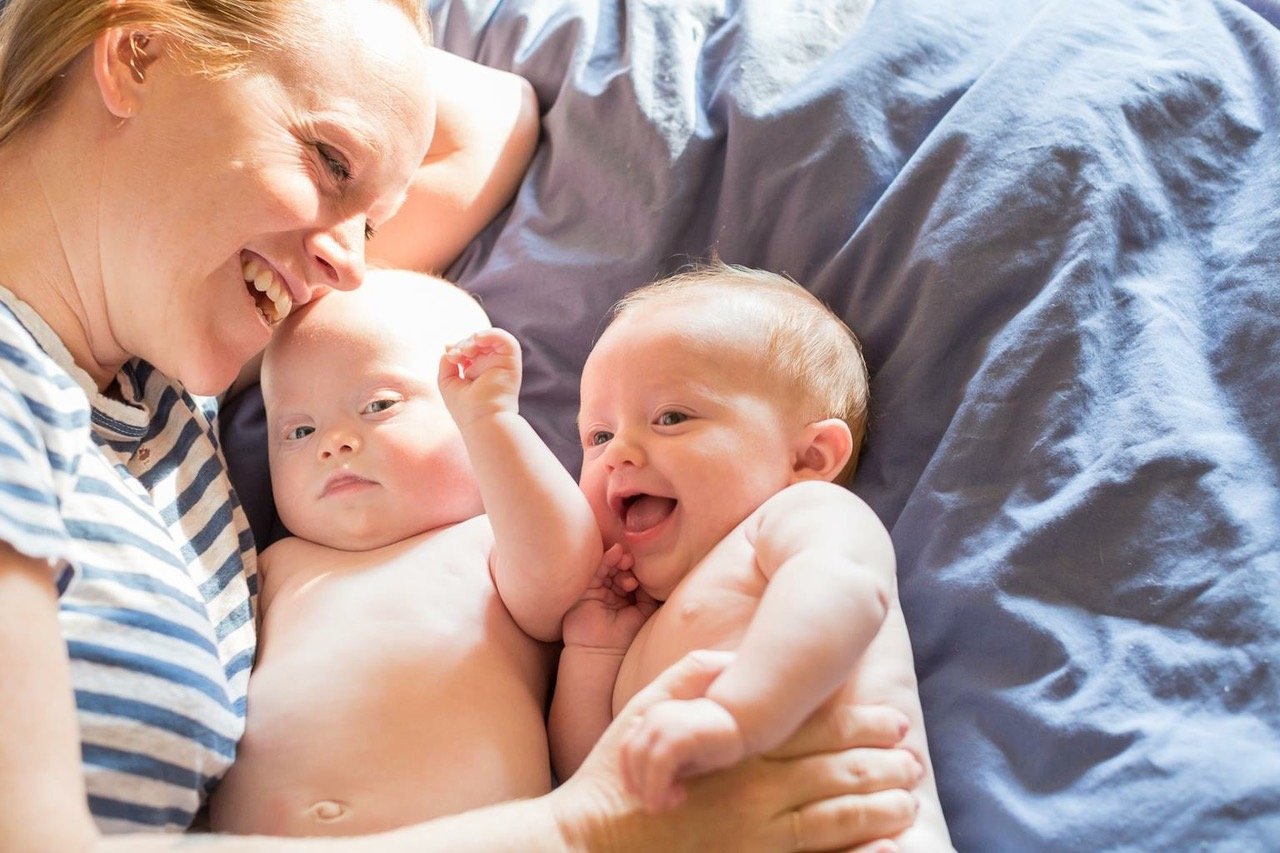 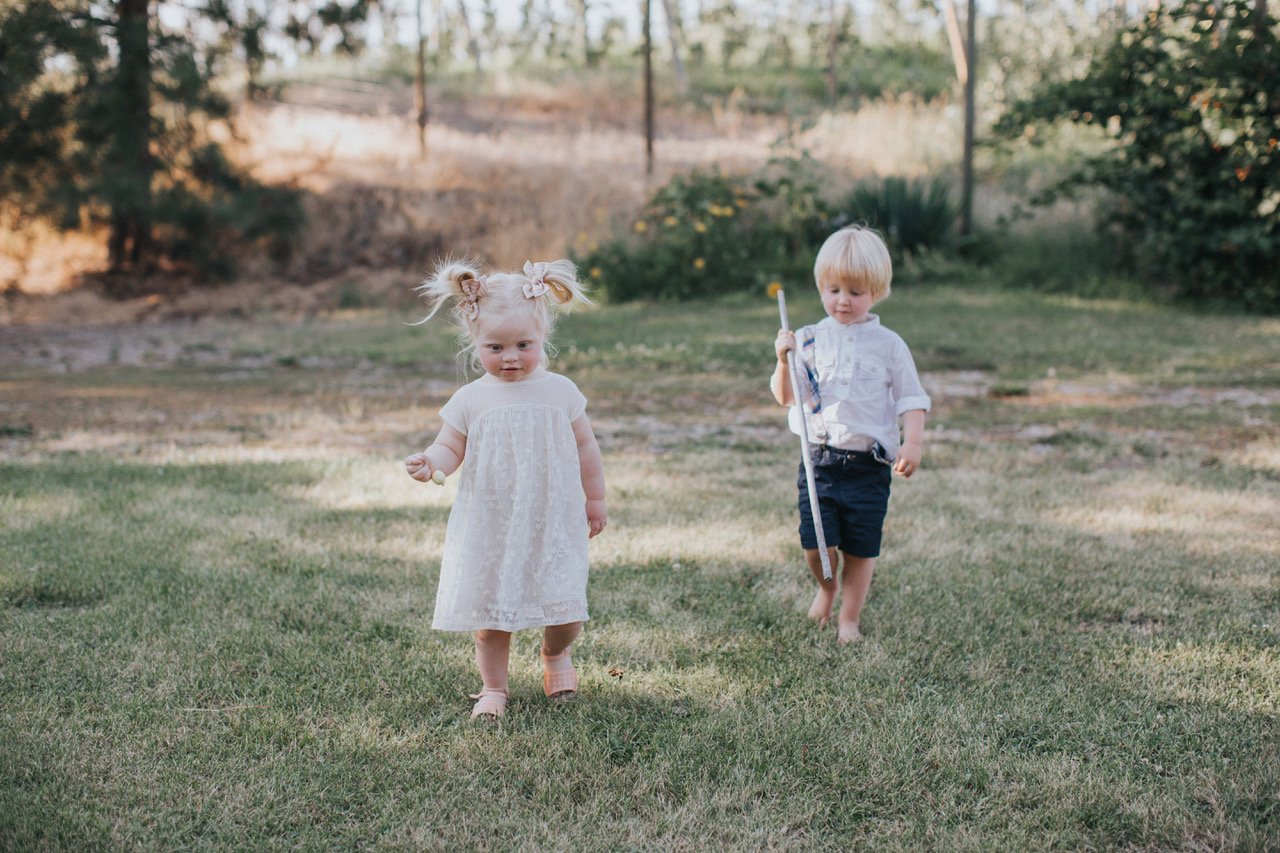 P.S. Beautiful reader comments on parenting, and home as a haven. And one mother shares: “I had a stillborn baby.”

Tags: special needs
241 COMMENTS
WRITE A COMMENT
Array ( )
Motherhood
most popular
01
21 Completely Subjective Rules for Raising Teenage Boys
02
Best of: Parenting Around the World
03
Trying Out Slow Parenting
04
How Did You Know You Were Ready to Have a Baby?
05
Three Transgender Kids Share Their Stories
May We Suggest…
By Alex Williams
Motherhood
8 Confessions of a New Dad
March 2, 2020

25 COMMENTS
By Joanna Goddard
Food
9 Tips for Eating Out With Kids, by Anton and Toby
January 24, 2022

In 2006 I too gave birth to one girl and one boy. My darling little boy had Down Syndrome and his darling sister didn’t. He amazed us all along the way. Everytime his physical therapist would set a goal and write it down for the formality that is an IEP we would look up and watch him accomplish it before she even put her hands on him so he could get her support. He is 15 years old now and his favorite words are, “I’ll do it myself Mom.” I love how each of them chooses the other to be part of their ‘about me’ project.

No words can describe my expressions right now after reading your story. It touched me like no other. I am an identical twin. My twin took her life, and I would give anything to have her back, even if she was disabled or had handicaps. Your outlook is incredible and I wish you and your family the best life ever.

Wow, this just made my day!
Your attitude is beautiful, as are both of your children! God’s blessings on your family!

Love this! I have a brother and sister who are twins and one has autism while the other has Down syndrome

I’ve commented on this post before but would like to add something. I was a teacher in a special ed classroom for many years – I will say again – it was the best job I’ve ever had!!! My point here is to remind parents that it is never too early to start looking at and making plans for the future. I always asked the parents about their plans for the child’s long range future and often the answer was essentially that the child would stay with them or would be living with a sibling – there are potential problems in both those scenarios especially as parents age and siblings may want a different life than what that would bring, and the end game is when everyone is aging who will be taking care of whom? So – make plans, talk them over with family members and revisit them often. And OF COURSE love and enjoy all your children – they are blessings!!!

This is so beautiful. Lots of blessings to Kenzie and Wally

I too am a mother of twins. One with down syndrome, Keenan. One who doesn’t, Cael. They are 4. Twins on their own is a completely different adventure. I had 4 older children before them and hadn’t planned on having anymore kids. I always joke, if the twins were my first they would have been my last because it is definitely exhausting. But the joy they bring, makes it all worth it and wouldn’t change for the world.

Love that picture and your story!! My blonde-haired blue-eyed twins are 18 now! He’s a freshman in college and she’s in high school.
She has so many friends that love her because of her sweet personality and her sense of humor. She tries to argue with me about almost everything a teenager can debate!! She keeps me on my toes, but always has the family laughing. She looks out for her brothers (one’s 15) and they look out for her always!! She has the most hysterical bucket list, is completely obsessed with Blake Shelton and Drew Brees, and the only time she mentions “special needs” is when she doesn’t want to do something!!

Thank you for sharing your story I’m actually a twin and my sister is downs and has autism but I don’t so I was curious on how many people have similar circumstances when I stumbled onto this.

This is heartwarming. And I absolutely love how brother is his sisters biggest fan.

Thank you for sharing! I’m so happy when stories of Down syndrome are sprinkled in mainstream blogs – it helps reduce the stigma associated with Ds. I have a 7-yr-old typical daughter and a 4 yr-old with Ds. It’s true – they really do teach each other different values and I’m so grateful they have each other. We are #theluckyfew!

Such a beautifully written story. Forty four years our twins were born. One had Down’s Syndrome. We feel blessed beyond words. All of our children have learned so much from her. They are kind, compassionate, and loving adults now. This story brings me such happiness. Thank you.

Oh wow! 44 years ago you got the same gift as me! I love hearing about other twins like Wally + Kenzie : )

Thank you for sharing this beautiful family and story.

Thank you for sharing your story! What a beautiful reminder about the individuality of each child, and the unpredictable sweetness that comes along with loving our kids for being the individuals they are.

I loved reading this. I have twins also, one of which has down syndrome. we had a birth diagnosis but I remember that feeling of anger and pain. after speaking with other special needs parents I learned we all go through it! I have noticed the differences in milestones but for me, I never felt sad about it. I guess I always figured she has got this and will do it in her own time!

So beautiful! Thanks for sharing and the photos are precious!

Thank you for sharing this important experience, Katie! My little brother has Down syndrome, he’s 21 now, and I understand the internal battle that rages when developmental gaps are so easily visible. I can only imagine that battle as a mother! And thank you, and your husband, for keeping her after finding out. It breaks my heart to learn how many do not. She’s a lucky girl to be in your family, and you’re lucky to have her. Thank you thank you. Sending so so so much love.

What a beautiful story of discovery. Also, your children are ADORABLE!!!

This is so beautiful. So much to learn. Thank you so much. Sending all my love!!

Thank you for sharing this beautiful story. I have a younger sister with Down syndrome and while at times it can be testing she truly has made me a better person and I love her dearly.

And now I am crying at my desk. So beautiful. Thank you, Katie, for sharing this and for being such a loving mother.

Beautiful story, thanks for sharing your little ones. My twins are 25 now and they still “get” each other so well. My son is nonverbal, with Down Syndrome and autism, in a group home and working volunteer jobs. His twin sister is an EMT with FDNY. But whenever they get together, they’re so cool.

In tears reading this! Beautiful story and beautiful kiddos.

I love this article. I went through a similar (but different because no twin) journey with my child, who has global developmental delay.

What a great account of your journey! My twins are 7, a boy and a girl, and she has DS, he does not but we don’t hold it against him. I marvel daily at their capacity of acceptance of each other, something that I would have taken for granted if they were typical. My son doesn’t see DS, he sees his sister. To me that is the most important lesson we can impart on the public….see the person. Not the disability. If you are ever in Western NY DM me… we have lots to share!

“We don’t hold it against him.” Loved this.