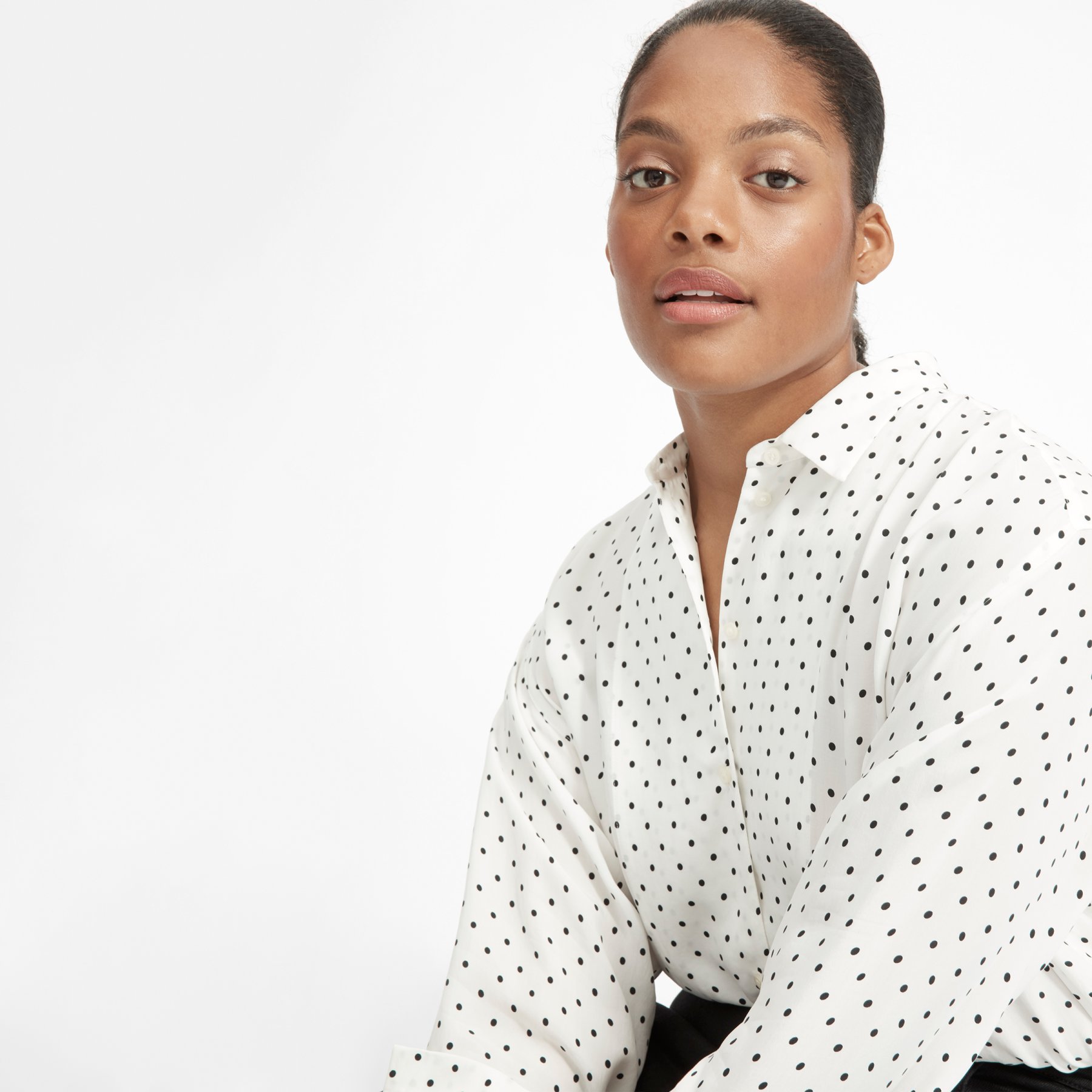 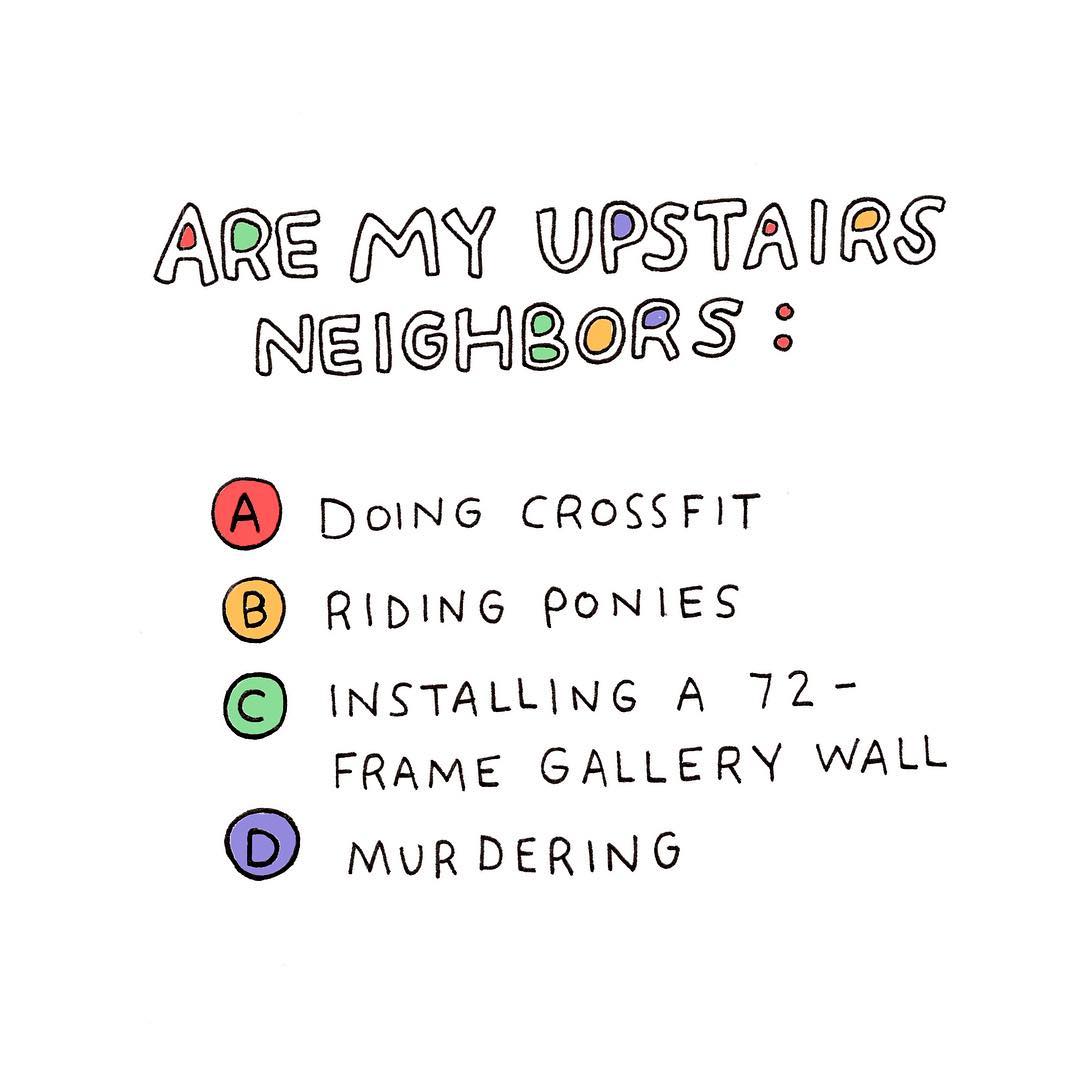 Do you have any neighbor horror stories? (Our old upstairs neighbors always sounded like they were moving furniture in the middle of the night.) Olivia de Recat‘s illustrations made us laugh. 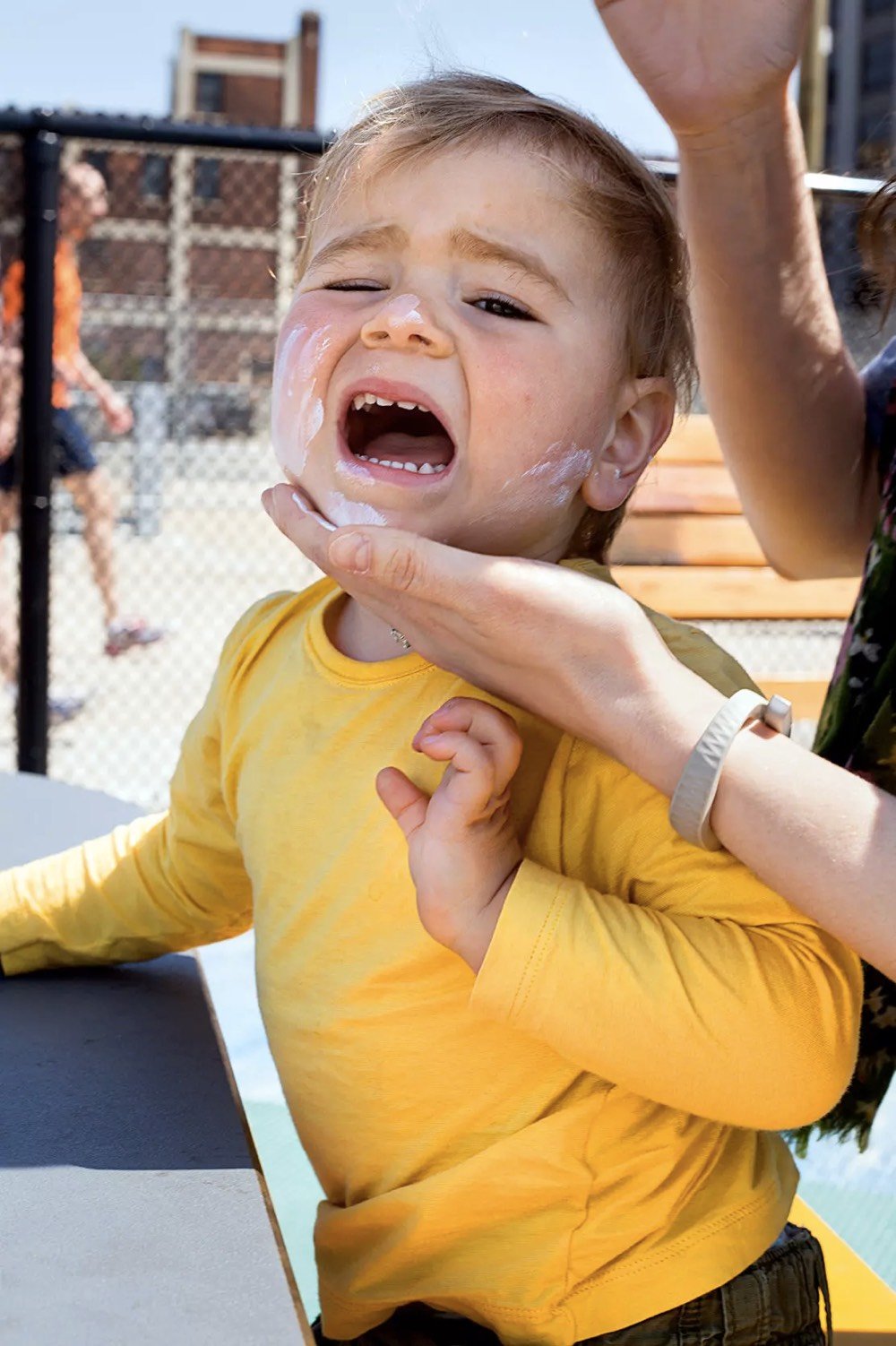 Photographer Nolan Conway captured the struggle of parents applying sunscreen in New York City parks. “You have to make sure you’re getting the whole face,” said one parent at the Brooklyn Bridge. “You don’t want to be aggressive, but you end up being a little aggressive.” Every damn time. 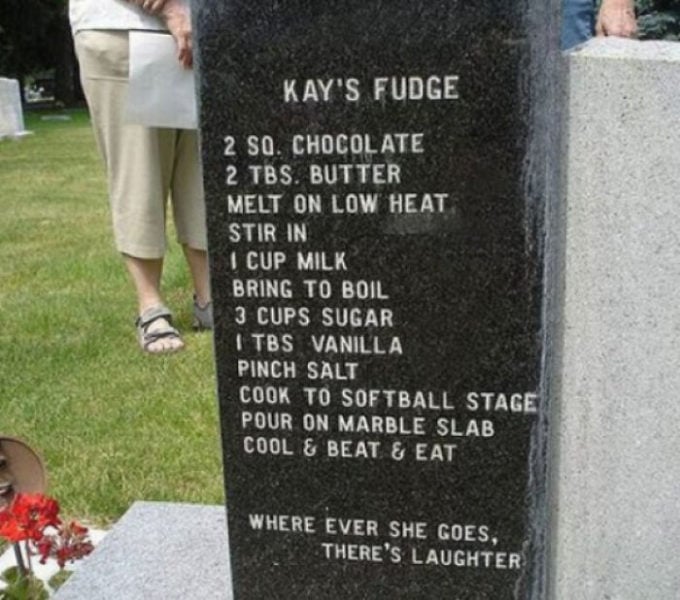 Do you ever think about how you hope to be remembered? My friend Abbey once told me that she’d like her gravestone to say, “She was a helper, and she laughed.” (That description is very true for her.) This gravestone, above, gives you such a sense of the person and made me smile. And the rest of these, too.