What Movies Do You Watch With Kids? 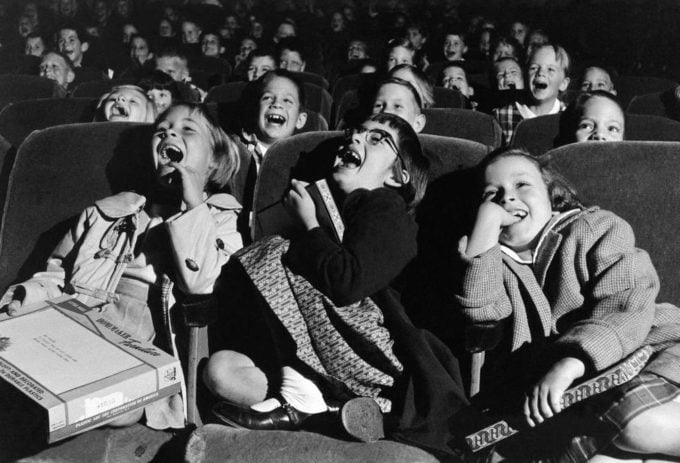 On Saturday, Toby, Anton and I went to the theatre, took five escalators up, and sat down to see…

Wonder. Have you seen it? Based on the bestselling book, the film features a boy with facial differences who heads to mainstream school for the first time. The boys LOVED it — and,
now that the boys are in school (with all those ups and downs), I loved the message of how kindness prevails over bullying.

We’ve gotten into watching movies with the boys, and every Sunday, we’ll make dinner — this yummy soup yesterday — and watch one. Luckily, since they’re 4 and 7, they’re close enough in age to like the same movies.

Movies we all enjoyed:
Shrek was the first movie Toby and Anton saw, and they were fully obsessed for a year. (Evidenced here:)
Moana
Sing
Home Alone (1 and 2)
Frozen
Back to the Future (The skateboards! The guitars! The DeLorean!)
Trolls
Mary Poppins
Toy Story
Coco (Alex hadn’t cried in his entire adult life until this movie.)
Despicable Me
Hotel Transylvania (1 and 2)
The Incredibles
The Boss Baby (In Italy this past summer, Toby and Anton were chatting with their four-year-old friend, who kept calling it, “Boss BAYYYY-be” in his Italian accent. Too cute.)
Alvin and the Chipmunks
Alexander and the Terrible, Horrible, No Good, Very Bad Day
Star Wars
Leap!

Movies that didn’t quite work:
Inside Out and Storks were a little over their heads. The Harry Potter movies were too scary. Same with 101 Dalmations. They were TERRIFIED of Cruella de Vil. Toby spent the entire month afterward cowering under the covers at bedtime, thinking she might be approaching. (I think there’s something extra scary about being separated from your parents?) And the Sound of Music felt slow to them (heartbreak!) so I’ll try it again in a few years.

Movies we haven’t watched together yet, but I’d like to try:
ET
Enchanted
Spirited Away
Charlotte’s Web
Matilda
Finding Nemo
Elf
Lilo & Stitch
My Neighbor Totoro
Freaky Friday
How to Train Your Dragon
Goonies (I actually never saw this as a kid, did you like it?)

And, funnily enough, the boys also adore the grown-up movie God Help the Girl by the Scottish musician Stuart Murdoch (of Belle & Sebastian). They’re probably seen it 20 times and know all the song lyrics.

What about you? What movies do your family like? Which did you like growing up? I’d love to hear your recommendations…