The Best TV Show I Watched This Year 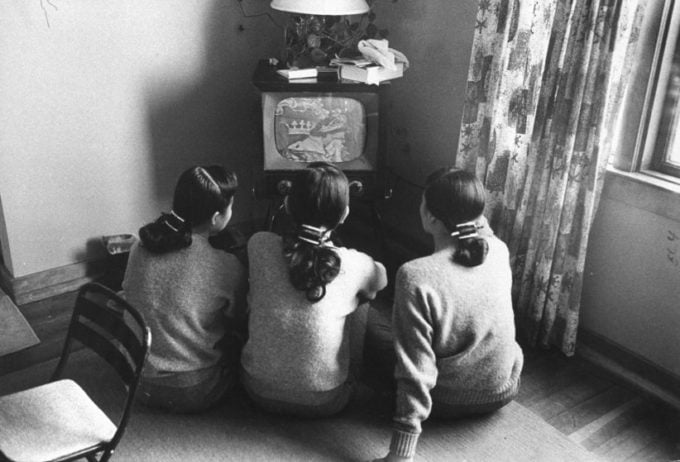 Last night, I had dinner with some friends, and I mentioned the best TV series I’d seen this year. To my surprise, none of the four other women had heard of it. So, I want to spread the word! If you’re in the mood for an incredible show, here you go… 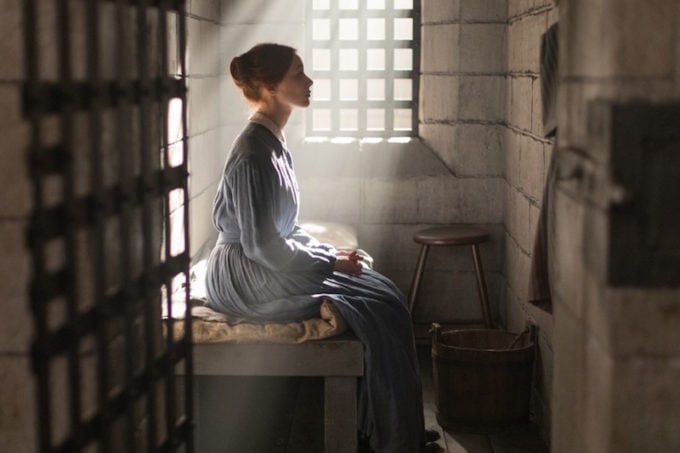 Have you seen Alias Grace, the six-part miniseries on Netflix? Alex and I devoured it this month, and it was brilliant, chilling and totally gripping. We ended up staying up past midnight multiple nights to watch “just 15 more minutes,” and then “just 15 minutes more.”

The story follows Grace Marks, an Irish immigrant and housemaid in Canada, who was convicted of a double murder (of her boss and his lover!) in 1843. A handsome psychiatrist, who suspects she is innocent, meets with her in prison to figure out the truth — she tells him that she can’t remember anything about the day of the murder, so he sets out to see if she is lying, insane or innocent.

The show is based on the 1996 novel by Margaret Atwood and was adapted by Sarah Polley, who is a master screenwriter. (Did you ever see Away From Her?) Alias Grace has a 99% score on Rotten Tomatoes — higher than the Sopranos or Mad Men.

Most of all, Alias Grace feels timely. “‘Alias Grace’ offers a look at what it was like before women had any rights,” Polley told the New York Times. “To look back and forward is very important at this moment when women’s rights are incredibly precarious and fragile.”

Here’s the trailer. I’m jealous of people who haven’t yet seen the show!

Will you watch it? What shows or movies have you enjoyed this year?

P.S. Five other thrilling shows and who’s your celebrity crush?

Tags: tv
247 COMMENTS
WRITE A COMMENT
Design
most popular
01
My Sister’s Home Makeover
02
John Derian Lives in a Sea Captain’s House
03
What Are Your Top Three Books?
04
The Ultimate TV Guide (If You’re Looking for Something Great)
05
Behind the Scenes: Making a Magazine Cover
May We Suggest…
By Kim Rhodes
Design
The TV Show I Can’t Stop Watching
July 9, 2020

I have to admit I never heard about this show too, but it sounds amazing! I’m definitely adding it to my 2018 watch list.

DEVOURED this show this week. Thank you for the recommendation. So dialogue driven and suspenseful.

I wanted to like Alias Grace, I really did, but I found it incredibly dull. Not sure I would ever describe it as gripping. Most other TV recommendations you’ve made I wholeheartedly agree with, but not this one. Bummer…

Will for sure watch this. On the other side of the spectrum. The Marvelous Mrs. Mazel is HILARIOUS and wonderful and a must watch. Plus its NYC in the 50s which is fun to see :)

I LOVED Alias Grace right up until the end. To me, it felt a little unfinished. I won’t spoil it for anyone else, but there were certain story lines that I wanted to know more about. Also loved…The Marvelous Mrs. Maisel, The Crown, Big Little Lies, and Godless. So many fantastic new shows with strong leading ladies!!

Oh my gosh I just started watching this and realized that it’s actually filmed in Kingston Ontario, where I went to school for 8 years. They also filmed in the real Kingston penitentiary which was very cool. I thought I recognized the boarding house where Dr Jordan lives and it turns out its the house of our medical school dean! :D

I was totally taken in by Alias Grace! Even more so once I realized that Atwood based her novel off of actual events and that Grace Marks was a real person.

Started watching it last night after reading your praise.. It’s SO good. My boyfriend wasn’t sold on it after seeing the trailer but I made him start watching it with me. Needless to say, we got half way through the season by the time it was midnight and way past our bedtime. Can’t wait to bake holiday cookies and binge watch it again tonight. Thanks for always being that trusty girlfriend I can turn to for any recommendation!

Loved Alias Grace also… Margaret Atwood and Sarah Polley are Canadian gems. Read the book years ago, and this is a lovely adaptation.

I fell hard for “Better Things.” The last episode of season one is one of the best episodes of TV I have ever seen. I still think about it.

Oh definitely Godless- it was so good and I’m not normally a western fan!

Oh my gosh, we loved this!! I’ve been telling everyone to watch it… I’ve loved Margaret Atwood, as an author, since my teens and it’s just fantastic to see such accurate and appropriately unsettling adaptations of her work… I hope everybody watches it!

I wasn’t going to watch it…but now after reading your post, I am going to. :)

I just discovered Search Party on TBS and LOVE IT! I tore through both seasons and now must wait till next year for season three (fingers crossed there’s a season 3!).

I second this! Search Party is soooo good.

I was absolutely riveted by this show. I started watching one evening on a whim and stayed up until the entire thing was done. I’ve always loved Sarah Polley’s work, so I’m happy to see her get her due.

Yes, I just finished Alias Grace a little while ago. So brilliant. I went back to re-read it, only to find I lent my copy out and it’s who knows where. Arrrgh. I really hope someone makes Atwood’s book Cat’s Eye into a miniseries. It’s my favourite of hers.

I just discovered The Beautiful Lie on Hulu. I watched the entire thing in one weekend, its only 6 episodes and has a very similar vibe to Big Little Lies, highly recommend!

SMILF on Showtime is great! I was a little wary of the title, but it is so smart and funny.

@EG thx for the recommendation, just started watching and loving it.

Master of None – Season 2

Here’s a great profile of Sarah Polley: https://www.thecut.com/2017/10/sarah-polleys-20-year-journey-to-adapt-atwoods-alias-grace.html – she’s been trying to adapt this novel for years, so it’s interesting it’s come out now.

If you aren’t watching her movies (not only Away from Her, but Take This Waltz and Stories We Tell), you aren’t truly living!

Oooo I can’t wait to watch this one! Looks fascinating and little scary… Thank you for the PSA!

I have been a long-time fan of “Transparent” on Amazon. The newest season, season 4, is probably my favorite so far (and so welcome after what was, for me, a disappointing season 3). Aly’s and Maura’s characters especially are really strong. I hated for it to end!!

I too LOVE Transparent. Well, I love to hate the characters – they are all miserable to varying degrees. I think it’s a really well done show, though, and family dynamics are always (messy and) interesting!