Gift Guide #6: Your Funny Little Brother Who Skateboards to Work and Knows How to Impress Toddlers Everywhere. 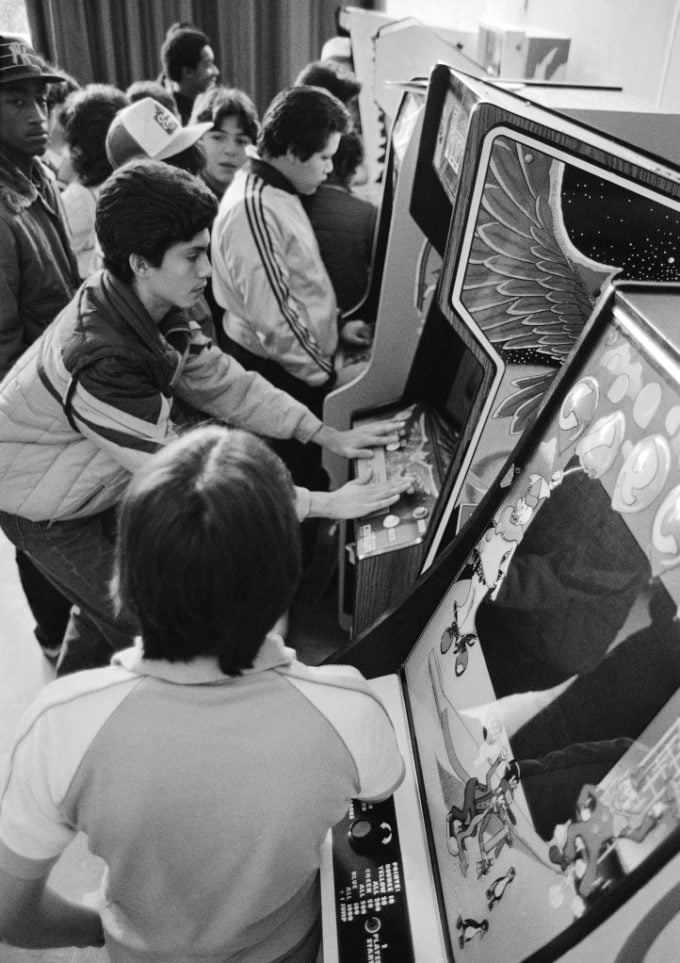 Atari flashback game system, $40, so he can play his childhood favorites. 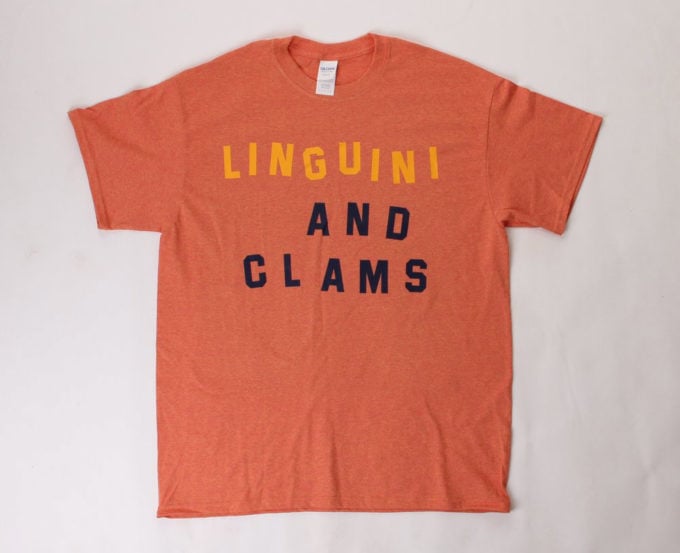 A T-shirt celebrating his favorite meal. $25. 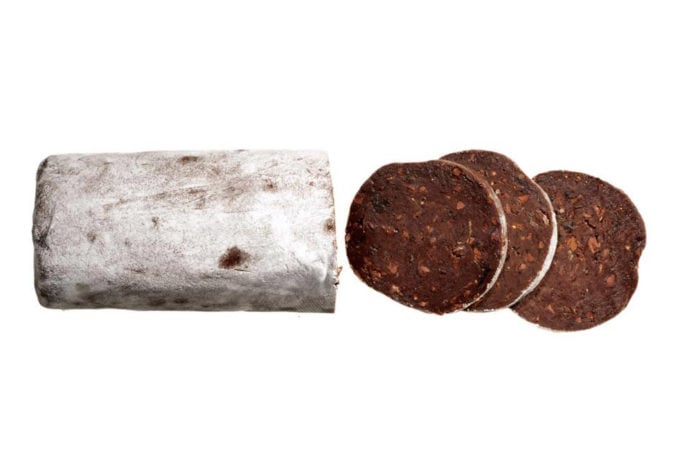 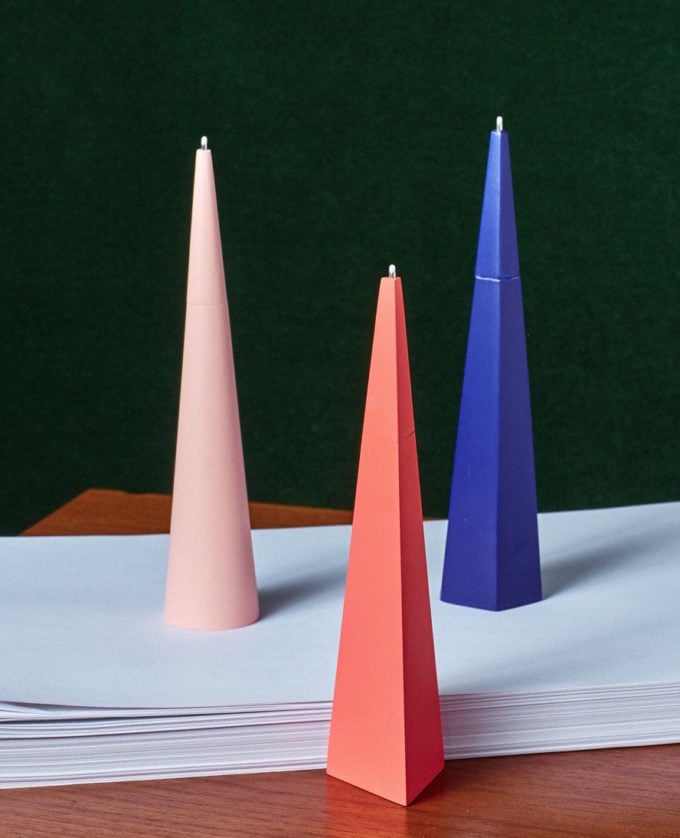 A geometric standing pen, $15, so he’ll never lose it on his desk. 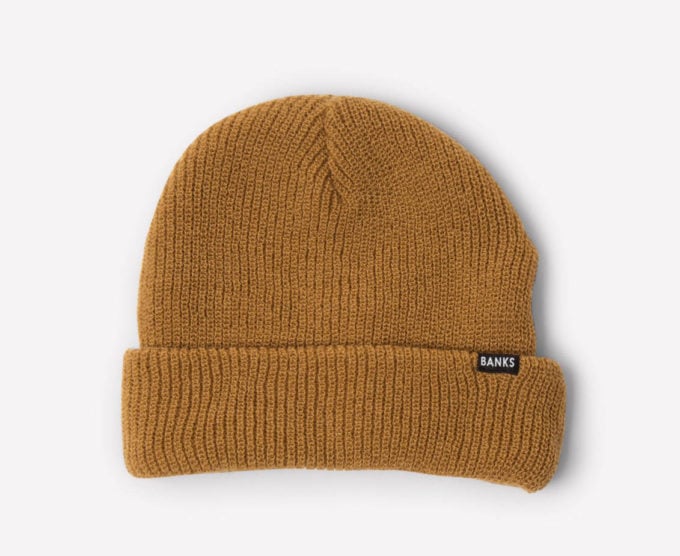 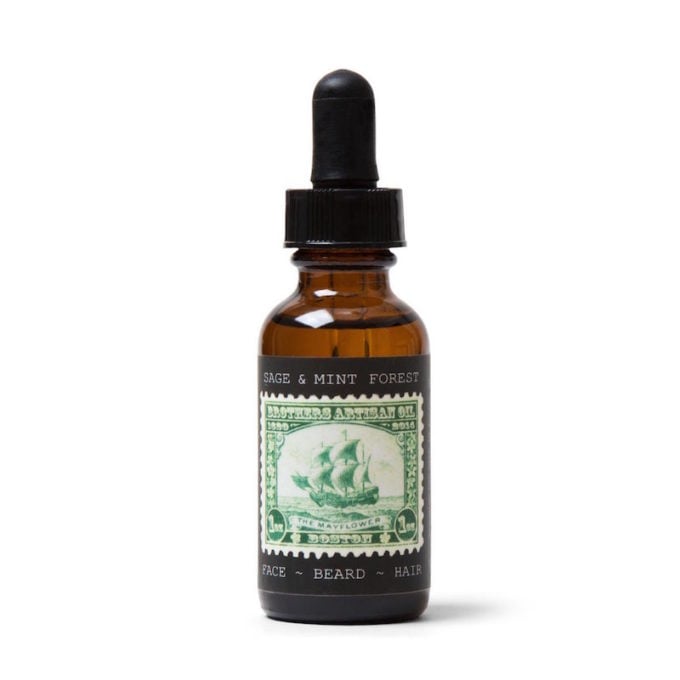 Sage and mint grooming oil, $22, to comb through his hair after a shower. Just a few drops will do the trick. 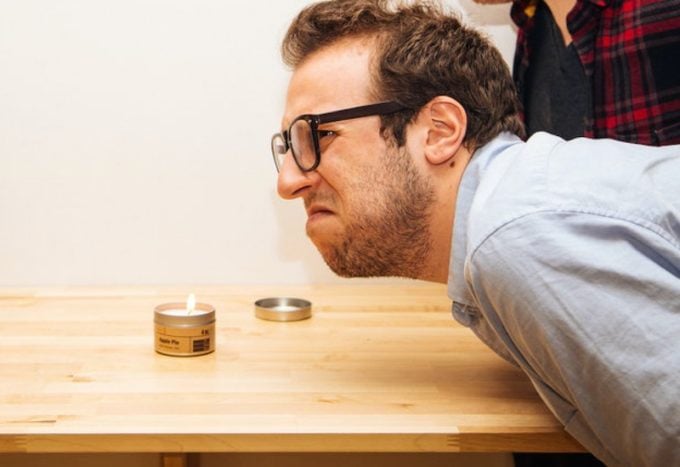 Prank candles, that go from yummy scents (apple pie, roses, vanilla) to terrible (bad breath, fart, vomit). $15. Because he is a little brother, after all. 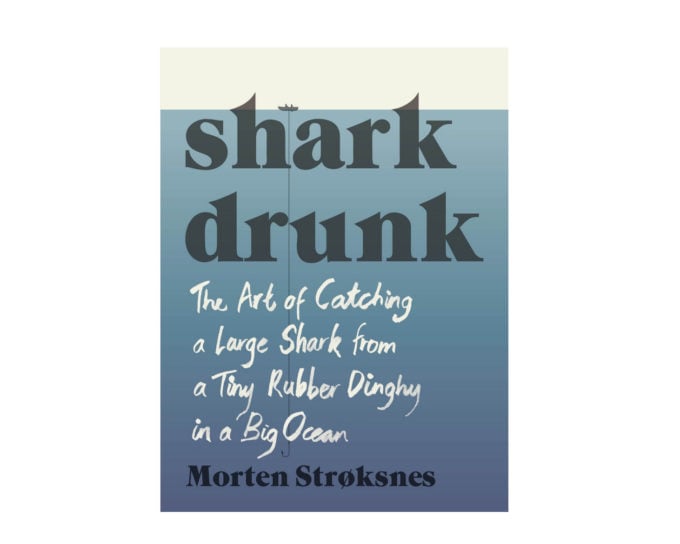 One of the year’s great books, such as Shark Drunk, Exit West, Awkward Thoughts and the Talented-Mr.-Ripley-esque Destroyers. From $15. 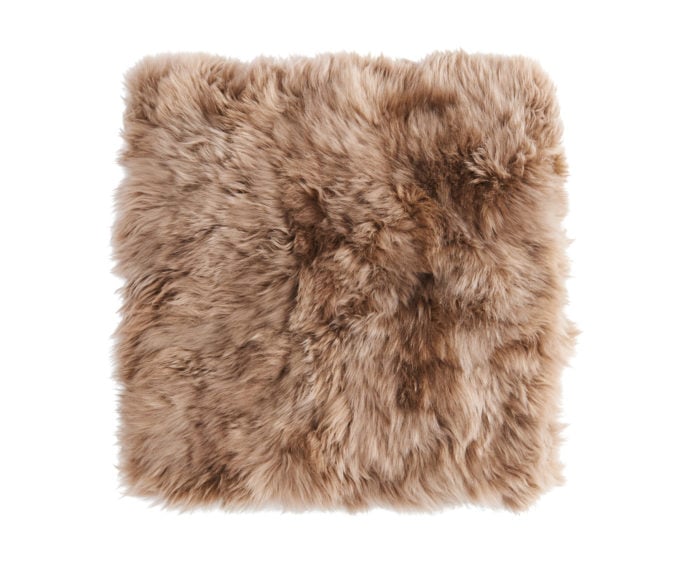 Sheepskin cushion cover to cozy up his apartment. $29. (Here’s the insert.) 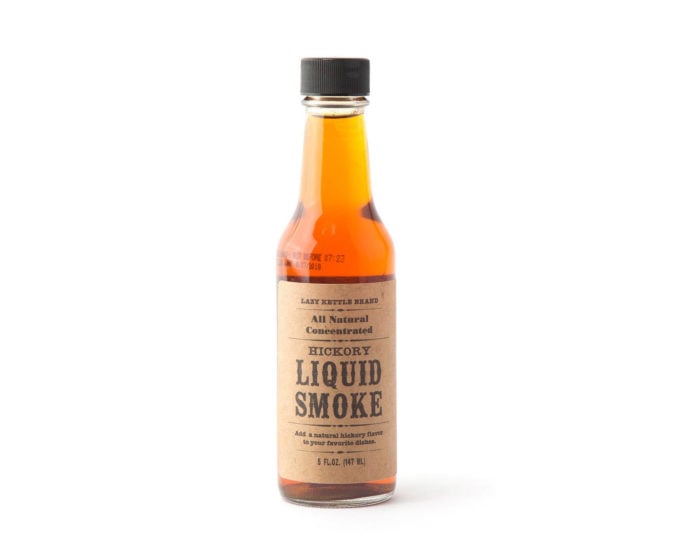 Liquid smoke, $9, which will add a hickory flavor to his homemade soups and steaks. 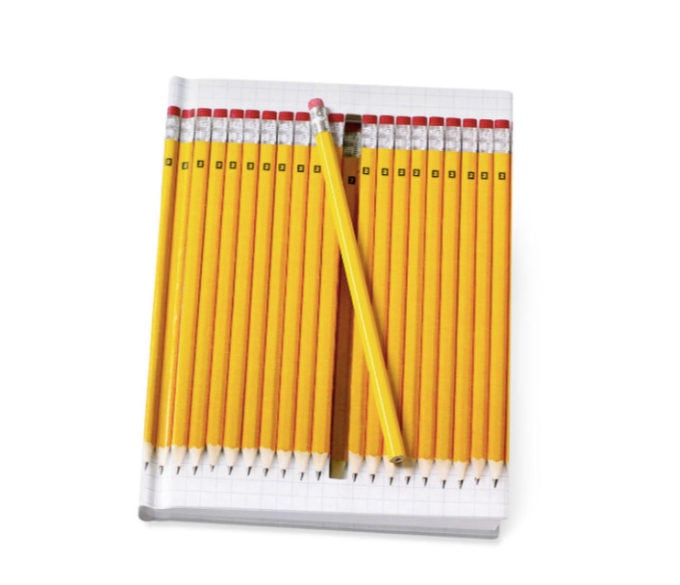 The guys who run Brothers Artisan Oils are friends of ours and they’re such a great bunch. Wonderful small business and the products are amazing. I steal a drop or two of the beard oil and put it in my hair every now and then or dab it on my wrists for a subtle, more masculine fragrance. Their beard balms are amazing too and make the beard soft. Finally no more itchy beard kisses!!

Hi there,
Just a heads up. I got the prank candle for my 12 year old son (just his kind of thing!) but it didn’t have a strong “terrible” smell at all. Would not recommend it (kind of expensive too, for a prank gift).

oh shoot! did you guys light it and wait for a while? we just ordered one and i’m curious to try it!

So great. Love that tee-shirt. Bought one for myself too!

Any suggestions for coworkers?? We have a gift exchange approaching and i’m stumped.

yes!! coming up next week!

Does anyone have one of those Banks hats? Are they itchy?

Does anyone else notice the optical illusion of the pencil moving in the last pic?…

It looks like the link to the pens is broken?

Hi Nicole! It looks like it sold out, but here’s a very similar version: https://www.areaware.com/products/standing-pens?variant=21945941828

Of course I love the clams T-shirt for myself and that my friends is why holiday shopping costs so much!

My brother will be receiving a table tennis kit that turns any table into a court! I hope he plays with his roommates, art studio friends, or drives his cat crazy with the ping pong balls. I haven’t been this excited to give a gift in a while :)

what a fun idea!

I bought a table tennis kit for my husband last year- it has provided endless hours of family fun for us and our kids. It really is the best present!

Glad to hear it’s a huge hit in your house, Amanda! Fingers crossed it goes over just as well with my brother!

I love chocolate salami. Did you know that some of us call it saucisson d’âne (donkey salami) in France?

This is great! I always really enjoy these gift guides, and have gotten some great ideas from them!

A suggestion–maybe “gifts for yourself”? For people who will be alone at Christmas or who have a tough time with their family or something? Like “the holidays are hard for some people, here are some nice little treats you could give yourself to make this time easier.”

Open question to all commenters about sibling gifts. My kids are 4.5 and 2.5, and all three old enough to be VERY excited about Christmas and PRESENTS (I think my 4yo has asked me to amend his list to Santa about 20 times). We are working on some projects to help them focus on giving (‘stead of getting) this Christmas (like Angel Tree and Toys for Tots), but this gift guide is making me think about whether they should exchange gifts with each other. When I was a kid, my parents sometimes gave my sisters and I money to buy a little something for each other. My sisters and I are v close and to this day they are my favorite people to get gifts for – but who knows whether being encouraged to buy each other gifts early on contributed to that. Do you all have any best practices around having the kids exchange gifts? Do you give them money and let them pick? Do you take them shopping? Do you not have them exchange gifts until they’re old enough to save their own allowance? Would love to hear some traditions/ideas on this topic.

Personally I have never given my brother a gift, and now as adults we’re not in the habit (and not as close as I’d like us to be – he’s awesome, we’re just not close). I think this sounds like a great idea for kids.

Love this idea! My boys are 4 and 1, so not quite ready for a gift exchange, but I’d love to do this in the future – next year or the year after. I think they’d be really excited to get each other gifts!

I have six kids (oldest is 12, youngest is 14 months), so they’re old enough to care but not really old enough to be earning much money. We have each child draw the name of another sibling, and then we have a big list of extra jobs they can do to earn money to buy that sibling a gift (usually around $10). It’s a total win-win—my kids get SO into it and so excited to think of the perfect gift, plus my house is never cleaner than in December! ??

Sounds like my sisters and I! We got given $2 for each persons present and let loose in the $2 store. We still remember the year my sisters bought each other the same teddy ?

I would love a gift guide for teachers. I never know what to get my kids’ teachers.

thanks so much, mary! we’re working on that, please stay tuned xo

Yesss! Thank you for the suggestion and for doing that guide!

As I teacher, I look forward to checking out this guide! Of course any gift is always appreciated (and unnecessary as I love what I do!), but I know many parents want to pick out something that a teacher really wants. I know it’s also cost prohibitive as students get older and can have 7-8 teachers between all of their classes!

This depends on how old your kids are, but I think a kids book that your child loves (like “Professional Crocodile”!!!!) is a sweet and lovely gift for a teacher — they love to know what their students are reading, it’s not too expensive, and your child gets to pick it out.

i think your “little brother” gift guide is my favorite every year!

haha we were saying that in the office too! it’s such a fun one to scout for.

Just a note to say I miss the Icelandic beard cap:
https://www.beardowear.com/products/beard-cap. It looks like it hasn’t been included the past few years and I’d like to advocate for a comeback!

hahahaha good memory!! my dad actually gave it to my brother one christmas (we all laughed:) so then i took it off the guide!

I, too, was waiting for the beard hat! I vote it stays on the list always for old times sake!

Liquid smoke is the best.

Did you know that Katie Kimmel (she made the Linguini and Clams t-shirt) is Jimmy Kimmel’s daughter? I’ve been randomly following her on IG for over a year (her ceramics are seriously great) and had NO CLUE until she recently posted a pic of them together wishing him a happy bday. I was like whaaaa?!

OMG – I wish I would have seen her page and her custom dog vases. Totally am getting him one for his birthday.