Do You Still Talk on the Phone? 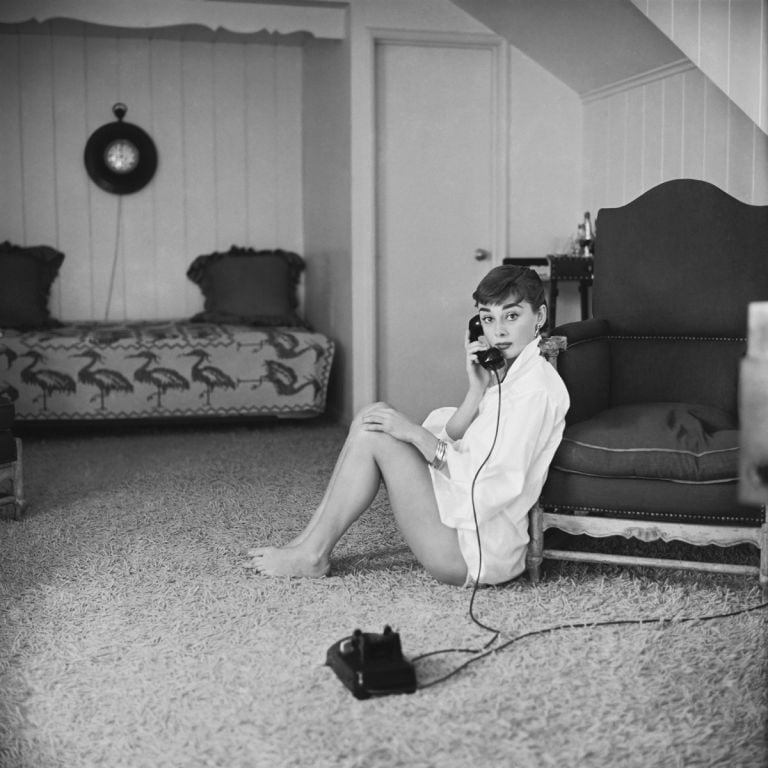 The phone echoes throughout the house, ringing once, twice, three times. She stops in her tracks, eyes wide with fear…

This is not the opening scene of a horror movie, but what happens every time my iPhone rings. Even with caller ID, I wonder, ‘Why is this person calling me?’ ‘Is it an emergency?’ ‘Am I in trouble?’

As a teenager, I cherished late night phone calls with crushes and spent my 20s with a receiver to my ear overanalyzing everything. But somewhere between my first gray hair and the invention of Instagram, I got spooked.

Of course, some people enjoy it. “I love to do a face mask and call a friend,” says Lizzy in New York. “I don’t love FaceTime, though. Sometimes I pee or pick my face — things no one needs to see.”

But, as a millenial, Lizzy is in the minority. Forbes reports that people in her generation are texting more and talking less and less. The average adult American spends about 26 minutes a day texting, compared to six minutes on voice calls, says the Chicago Tribune. More than 75% of adults in the U.K. own a smartphone, but according to the Guardian a quarter of them never make any calls.

I don’t take it that far. I still talk to family. My dad gets worried if more than a week goes by without a chat. But if too much time passes between conversations, I get a lingering dread about making the call.

“It’s harder for me to call friends and family if I have to spend the first 15 minutes playing catch-up,” says Sarah, from Los Angeles. “It’s daunting. I definitely need to call my mom more — I make this promise a few times a month and always come up short.”

Mother-of-two Cathryn is constantly asking her mom (who lives in the same town) to text and not call. “A phone call feels as invasive as someone knocking on your front door uninvited,” she explains. “If you’re going to call me, you’d better text me first and tell me why!”

For Sam, texts have enhanced her marriage. “In our 13 years together, I can count the number of times we’ve spoken on two hands,” she says. “Phone calls are usually rapid-fire questions from me with long pauses from him. I can actually hear his slow-blinking. On the other hand, our text conversations are productive and affectionate. Emojis added a new level of communication to our relationship — if he sends me a kiss face/peace sign/bullseye, I know exactly what he means.”

But for older generations, a call can be the highest form of flattery. My friend Shawn talks to his grandmother on the phone every Saturday morning. “She waits for my call every weekend,” he says. “She helped raise me while my mom was working two jobs, so the least I can do is regularly say hi. She says thank you before we hang up — it makes me feel good.”

Your preference for calling could depend on where you live — and how much you drive. My friends in Los Angeles are all on Team Call. “In L.A, everyone’s car is a phone booth,” says Liz, who recently moved there. “In New York, my phone rang at most once a day, usually from a telemarketer. When I moved west, I couldn’t understand why my phone was constantly ringing from people I actually knew. After two months, I’ve fully succumbed.”

Talking on the phone can also be an anchor. A friend who has battled addiction spends more than an hour every day speaking to people from her 12-step program. “I didn’t call anyone for a few years because of my desire to crawl into a cave,” she says. “But now I talk to at least three friends from recovery every day. It’s the best way for us to support each other.” She prefers talking over texting with people outside the program as well. “I admire people who take the time to call — it feels like a courageous act in this day and age.”

My heart rate still spikes if I hear an unexpected ring, but I have taken my friend’s words to heart. The other day, I was trying to convey something via text and it was coming across all wrong. So, I took a deep breath and texted my friend: “Can you talk?”

Are you a texter or a talker? Who do you still talk on the phone with?