What Music Do You Play When Entertaining? 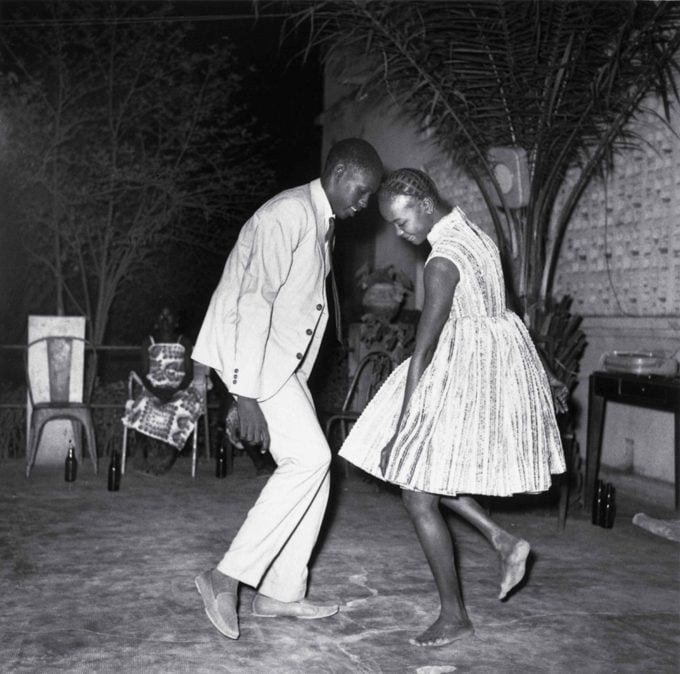 What music do you play when friends come over? The one thing great dinner parties have in common is a killer soundtrack. But it can be tricky to get it right. So today, for our month of restaurants, we turned to the geniuses behind eight favorite eateries for tips on playing music for a crowd. Here’s their advice (including the song to turn on when the mood is dragging)…

On creating the mood:

“I lean on music to help people feel comfortable. I like Toots & the Maytals’ Funky Kingston because it’s filled with funk, reggae vibes and love. It gets everyone loose and excited.” — Sean Feeney, co-owner of Lilia

“We choose different music on different days. Mondays and Wednesdays are more chill, so we put on R&B — Solange is on heavy rotation right now. As the weekend approaches, we pick up the tempo. Friday and Saturday are good nights for old-school hip-hop. On Sundays, people go into recuperation mode, so I love playing Stevie Wonder, Chaka Khan and B.B. King.” — Gwen Niles, co-owner of The Crabby Shack

“You’ll see people comment or bob their head or move to the music. If it’s jarring, you change it up. It’s funny, if you get the right music going, even though you’re playing it softly, you’ll hear the room get louder — they’re having fun.” — Carlos Quirarte, co-owner of The Smile

“There are dinner hours where slower, mostly instrumental tracks — ones you can have a conversation over — work best, such as Orchestra Baobab’s Pirates Choice (a band from West Africa that plays magical Cuban/African chilled out jazzy beauty). Then later at night, we pick it up with The B-52’s, and then it’s party mode from there.” — Rogan Howitt, co-owner of The Golden Girl Rum Club

On curating a playlist:

“Every time my husband and business partner Dean or I hear a song we love — on the street, in a movie, at friend’s, in a bar, in a kids’ show, from our wedding; anything that made our heart take an extra beat — it gets added to our playlist. Songs have to maintain a fun nostalgic feeling in the room. For example, anything from ‘The Power of Love‘ in the Back to the Future soundtrack to the ‘You’re Welcome‘ song in Disney’s latest Moana. We add staff favorites, too. You’re onto something when people comment about the music or sing along.” — Maya Jankelowitz, co-owner of Jack’s Wife Freda

“I look at Numero Group’s Spotify page because they put together some amazing playlists, like, ‘The Numero Guide to International Soul‘ and ‘Every Eccentric Soul Record. Period.‘ ” — Rogan Howitt, co-owner of The Golden Girl Rum Club

On finding the right volume:

“Start low. As the place fills, keep turning it up. Volume should be loud enough that you can have a conversation with your friends next to you, but not able to fully listen in on a conversation the next table over.” — Rogan Howitt, co-owner of The Golden Girl Rum Club

“Volume depends on time of day, how many guests are in, who the guests are. We’ve gotten good at paying attention to the sub-reaction in the room to the music, but key is acting as a D.J. and adjusting the songs and volume throughout the night.” — Maya Jankelowitz, owner of Jack’s Wife Freda

“If you’re at a table, you need to be able to hear each other. I remember an article where the hotelier Sean MacPherson was asked, ‘What are the most important things when you go out to eat?’ And he said, the people you’re with, the room, the food — exactly in that order. We’re giving you tools to enhance your night, but your night should be dictated by the people you’re with.” — Carlos Quirarte, co-owner of The Smile

“Stay away from music with derogatory words. I cringe when I see an older person eating and something comes on that could be offensive. I run over to skip the song!” — Gwen Niles, co-owner of The Crabby Shack

“One thing you can never get away with is punk music. We have people who work for us who are fans, but we have to be like, ‘Uh, that’s great that you like the Sex Pistols, but that’s not what people want to hear when they’re eating granola.’ Keep it light.” — Carlos Quirarte, co-owner of The Smile

“When we opened the restaurant, we made sure to take out songs on the sadder side.” — Maya Jankelowitz, owner of Jack’s Wife Freda

“Bob Marley’s Greatest Hits. Bob is one of the best; his music transcends all ages and races.” — Gwen Niles, co-owner of The Crabby Shack

“The movie Chef has an excellent soundtrack. When we opened GG’s, it was a favorite. From blues to salsa, it feels alive and joyful.” — Emily Schumacher, general manager at GG’s

“Doing It in Lagos is a compilation of Nigerian boogie, pop and disco artists from the 80s. It’s as if you’re listening to deep disco cuts from Diana Ross, Earth Wind & Fire and Michael Jackson but with a cool reggae feel.” — Ryan Smith, creative director of McGuire Moorman Hospitality

On songs that bring down the house:

“Madonna’s self-titled album — with ‘Borderline,’ ‘Lucky Star’ and ‘Holiday’ — is perfect for picking up the energy in the room. Everyone loves it.” — Rogan Howitt, co-owner of The Golden Girl Rum Club

“Kaytranada’s 99.9%. You won’t have a person at the dinner party that won’t wanna dance, yet the songs are smooth enough to not upset the intimate, candlelit table thing either.” — Ryan Smith, creative director of McGuire Moorman Hospitality

“Growing up, Saturday mornings at my parent’s house were dedicated to chores. As we would finish up our tasks, my parents would blast Blondie though the house. It was the greatest feeling. Now, whenever I sense the vibe dragging around the bar, I turn on hits like ‘Call Me.'” — Andrew Heilman, co-owner of Scotch & Soda

“End the night with Led Zeppelin IV, listening front to back, finishing as many bottles of Barolo as possible.” — Sean Feeney, co-owner of Lilia

What are music do you play when entertaining? I turn to Otis Redding, Paul Simon, and if we really want to get wild, Dolly Parton.

P.S. How to throw an easy dinner party and become a restaurant regular.

I listen to instrumental tracks while having dinner. When I am traveling I prefer some cool songs to enjoy the time

No one can be upset when listening to Motown. It’s just not possible. I dare you to not bob your head when listening to Stevie Wonder’s “Wish I”, or “Brick House” by Commodores. How about “Respect” by Aretha Franklin?

I love 60s french pop! When most people don’t understand the words it’s easy to talk over and encourages dancing!

Im a chiropractor and I actually put a lot of thought into our office playlists! Patients have an option in each room to turn it off but when I think of their well-being & relaxation, music helps the experience! If I have time I’ll pick the genres based on what I think the patients will enjoy & often get complimented on it … so I am loving this thread for home & work!

We always put on the French radio station FIP. It’s the perfect mix of genres, known and unknow songs, non stop with barely any talking in between songs! http://www.fipradio.fr/

Trader Joe’s was packed tonight with the usual grim Sunday shoppers but Rock With You by Michael Jackson came on and I swear everybody started singing. The burly dude buying frozen pizza, clerks stocking shelves, workout ladies in the yogurt section, a little girl dancing with her mom by the crackers. Everybody was still in their own bubble almost unaware that they were singing in public, but the mood lightened considerably as soon as the song came on. Made me smile.

I’m always asking for new music recommendations so this post is heaven for me!

Great tips on volume! I usually leave the whatever device the music is coming from unlocked so if a guest wants a certain song, they can find it and play it!

My husband & I are professional musicians, as are many of our friends. When we have people over (and when we visit friends’ homes), we very rarely include music in the festivities. For most musicians,music is just too engaging, and can’t remain in the background. It feels strange sometimes, and almost humorous, to visit the homes of friends who aren’t musicians and be greeted with music playing in the background!

That’s interesting. My father is a lifelong professional musician and there is rarely a mute moment in my parents house. Especially during parties.

Otis & Paul are made for entertaining. Sentimental, soulful, and a hint of joy. Perfection.

Just added a half-dozen of these recommendations to my wedding playlist for Sunday–THANK YOU! Our guests are going to think we have the coolest taste when the truth, like all cool things in my life, is that I stole the idea from this blog :)

that is awesome, martha! have a great weekend!!!

I’m always looking for dinner party music! My go-to is now Gilles Peterson, a BBC dj who makes LOVELY mixes, think ecclectic, world music, upbeat and quirky vibe. He mostly plays songs that you’ve never heard before, which I find less distracting, so great for a dinner party!
Before, I would sometimes put my iTunes on shuffle. I’ve definitely gotten up from the table to quickly change the song, like Gwen Niles says in the article. No one needs to hear my self-help audio books booming through the room!

So awesome to see you had the Golden Girl Rum Club on there! I’m big fans of Elsie and Emma and it’s cool to see that Emma’s Springfield bar got a shout out! :)

The Golden Girl Rum Club is the best! :) Thanks for your comment, Chrissy!

Yacht Rock on Pandora is the absolute best for pre-dinner drinks. It makes my guests want to take a twirl around the floor even before the real party starts!!

I used to love putting classical music on while I was cooking and throughout a meal until I met my boyfriend. He is a professional ballet dancer and said he can’t relax while it’s playing because it makes him run over choreography in his head! The Nutcracker Suite in particular makes him cringe since he’s performed it hundreds of times!

So no more classical for us, mostly acoustic covers or anything that features a mandolin! I’ll definitely have to check out the French Cooking Music station though!

Xenia Rubios on vinyl has been a great choice lately. Thank you NPR!

I make seasonal playlists for having drinks and general hanging.
For dinner, we love to do Sergio Mendes and Tijuana Brass. It always adds a playfulness that makes you feel like you’re at a 60s house party.

I’ve been listening to the Galentine’s Day Radio on Pandora this whole week. So many awesome girl power songs and blasts from the past.

Most of the time when we have dinner we listen to the Etta James, Ella Fitgerarld or Dinner Party Radio on Pandora.

The show ‘Suits’ had some great music.

+1 for Suits.
Other TV shows with amazing music: Mr. Robot, Stranger Things, This Is Us, Fargo, Master Of None & Scandal.

Mix in shorter classical pieces with other kinds. The boundary between all other kinds of music and classical is boring and artificial.

My boyfriend jokes that I always put on the same Belle & Sebastian record every time friends come over (he’s right) whereas he’s always prepared with a Spotify playlist to impress. So we make sure we take it in turns and B&S still gets regular spins, ha!

Our dinner/entertaining playlists range from “50 Great Songs for a Dinner Party” on Amazon to Fleetwood Mac on Pandora. Miles Davis is always a great choice.