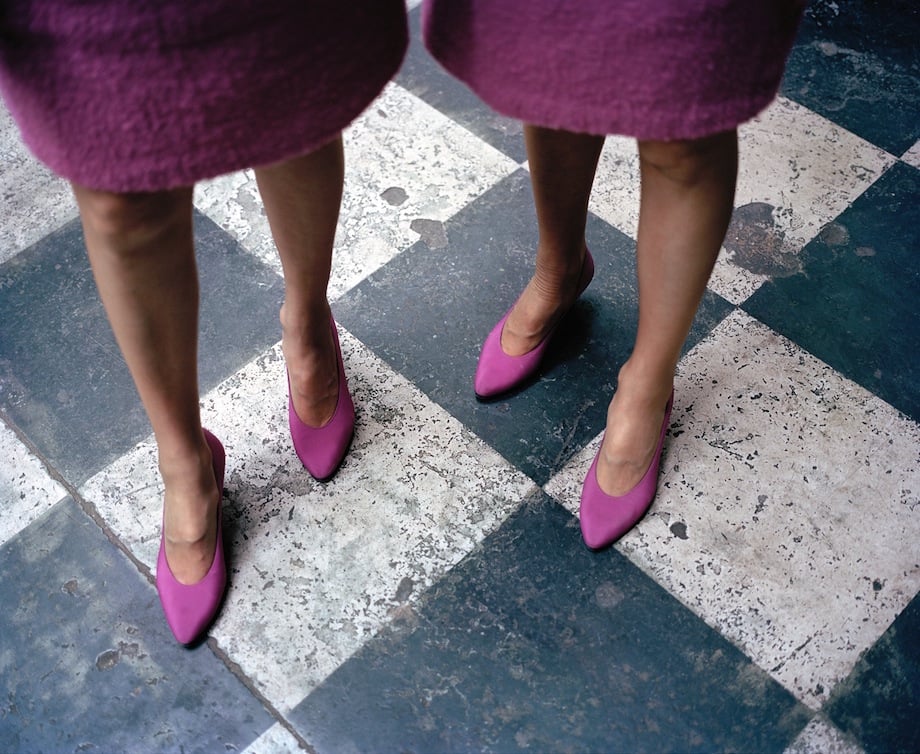 On my first day at Cup of Jo, managing editor Lexi showed up wearing a pair of dangly gold earrings that I suddenly couldn’t live without. But could I bite her style?

Although I felt sheepish about it, I bought the earrings two weeks later, and this was just the beginning of our twinning journey. When a group of women spend a lot of time together (and honestly, who are we with more consistently than our co-workers?), menstrual cycles aren’t the only things that sync up — our wardrobes fall into formation as well.

No matter where I’ve worked, a kind of uniform has developed. At Elle Magazine, it involved high heels and credit card debt, at Refinery29 a little more leather, and since starting at Cup of Jo, I’ve never worn so much Madewell. While I still hold true to my personal style, I can’t help but be influenced by the women I work with.

And I’m not alone in this mindset. Funnily enough, J. Crew merchant Dalila Shannon says on any given day at the office, you’ll find a handful of people wearing army jackets, chambray shirts and neck bandanas. “But we all wear them differently,” she says. “I love the idea of an office uniform in this sense, when you’re able to see how different people choose to wear the same item.”

Matchy-matchy dressing happens in places outside the fashion world, too. Michelle Peterson, a middle school teacher, says: “Living in San Francisco means being totally free to be an individual with style. So many of my colleagues wear homemade outfits, combat boots, tutus… It’s pretty awesome.” Yet she still sees certain items on a daily basis. “Everyone, including me, wears clogs — from classic Svens to locally designed Bryrs to Danskos.” For doctors who wear white coats, shoes can also help make a statement. Nardine Saad Riegels, a doctor in Oakland, California, says Tieks leather flats are both cute and comfortable. “I’m in a physician moms Facebook group, and they’re all about Tieks,” she says. “You can wear them to the hospital or a conference, and they fold up in your bag.”

In an article in The Independent, psychologist Karen Pine explains: “People feel safer when they dress alike. They are signaling their need to belong to the group. A team that chooses the same style of dress for work is indicating their cohesiveness, which may reflect a wider collaborative culture.”

It may be a bummer if your friend sees something you’re wearing and then buys it, but if it’s a co-worker, I just take it as a compliment. Since we have separate lives outside the office, there’s no risk of unexpectedly wearing the same dress to a social event (or god forbid, prom).

Yet in our office, Joanna and Lexi have a couple of the same pieces (say, this anorak and this sweatshirt), so they actually reserve certain items for the weekend to avoid being #twinsies. But just the other day, in the middle of a meeting, they realized they were wearing basically the same outfit. We couldn’t stop laughing, and the obligatory Instagram post ensued… 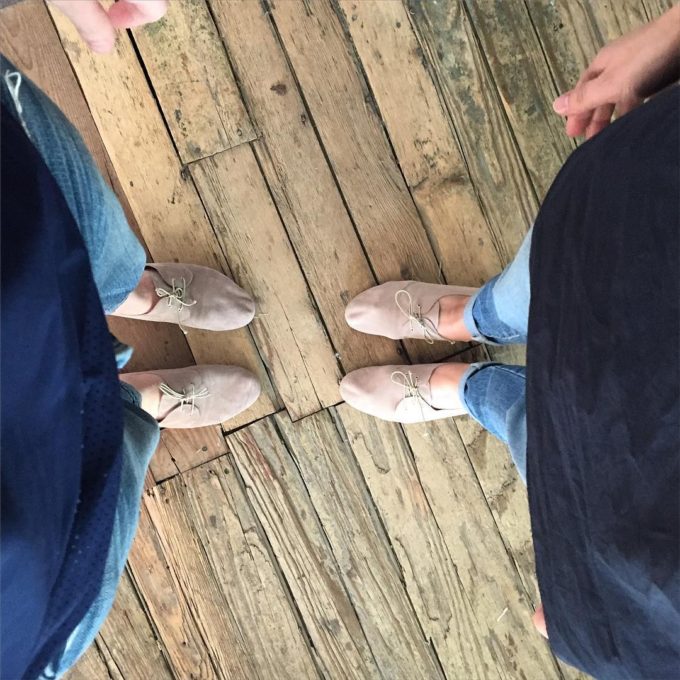 Do you twin with your co-workers or get style inspiration at work? What’s your work uniform?

P.S. A woman who always wears the same work outfit and a pretty blouse.